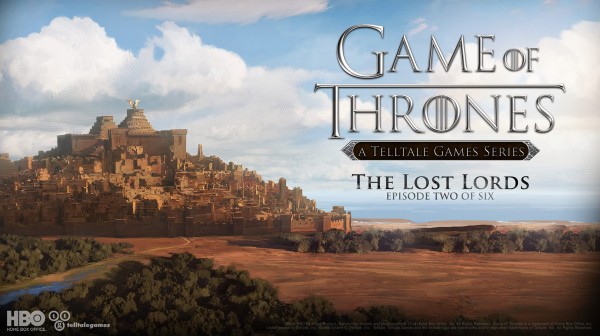 Overview
In the world of A Song of Ice and Fire, death comes swiftly and even the most honorable of men and women find themselves falling to blades wielded by those with sinister plans. As we have seen throughout the course of the core series, no one is safe especially if they happen to try and be on the side of good, especially if you are from a small house. With Telltale’s Game of Thrones: The Lost Lords picking up shortly after the events of the last episode, where does House Forrester go from here?

Story
It is worth noting that this review will contain spoilers concerning choices and events that took place during the ‘Iron from Ice.’ If you have yet to complete that episode then it would be best to so do before continuing to read this review. 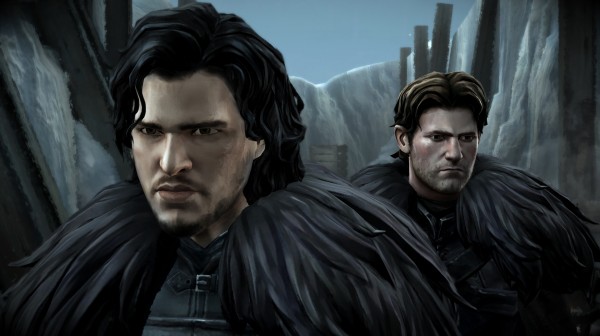 That being said, The Lost Lords works to catch players up with the fallout from the various choices and events that took place during Iron from Ice. The episode kicks off with the players finally being introduced to Asher Forrester in a far off land where Daenerys is traveling the land and liberating slaves as he banters with his partner Beskha. Despite being introduced for the first time in this episode, we learn very little about Asher nor do players even spend much time with the character as he is approached by an old face and begins his home.

Things change a bit however when a newly playable character makes a surprising appearance at Ironrath and witnesses the fallout of everything that has happened since he was last at his house. Unfortunately here we see the lack of impact that player choice has at least in regards to what seemed like a large decision in the first episode as the end result of who Ethan chose as his Sentinel plays no major role other than some very minor alterations here and there. 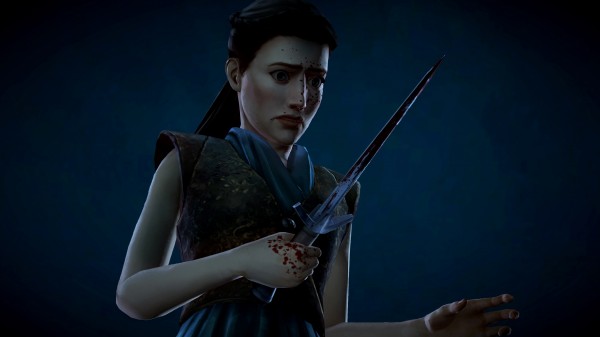 Elsewhere, Gared Tuttle has managed to successfully make it to The Wall and spends his limited time there undergoing a few basic tasks, choosing one of two characters to befriend, and speaking with Jon Snow while back at King’s Landing Mira Forrester finds herself right in the middle of the worst of it. Rather than fearing direct confrontation, Mira must struggle with her loyalty to her house and her loyalty to Lady Margaery all while trying to maneuver in a way to not make any prominent enemies in a city where a knife in the back is the way most negotiations end.

Unfortunately, despite the addition of the new character and the political maneuvers players will have to make with Mira as they agonize about whether or not to betray someone’s trust or believe that they can make it on their own, The Lost Lords feels like a holdover episode for bigger things. Spreading the story across four different characters means that not only does the story jump around a lot, as per Game of Thrones fashion, but it also spreads it thin. 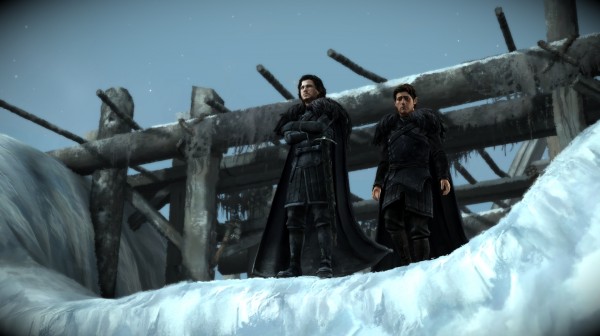 We see little of Asher and learn that he is quick with a blade and willing to use his brain, though we barely know of his plans for returning home to assist his House while Gared’s move to the Wall feels as generic as can be since players simply go through the motions and spend some time with a fan favorite character. In fact, it only is with Mira and the returning face that we see any source of meaningful events taking place as players have to try and secure a valuable ally for the future all while Mira finds herself alone and surrounded by potential enemies that are taking steps to remove her from the picture.

Gameplay
As standard with Telltale’s way of handling games, The Lost Lords features the basic exploration aspects and dialogue sequences but in this episode players will be spending most of their time listening to everyone talk and choosing what to say. There are a number of action sequences that require the standard quick time events to complete though there is some wriggle room for completing these as your partner does seem to assist you in some instance if you happen to fail. 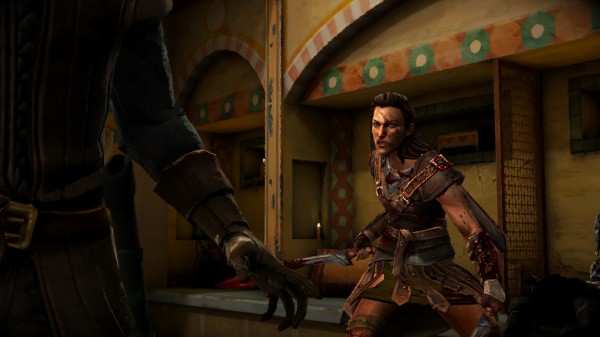 In fact, there are only two or three sequences of exploration or examination in this episode and one of these mostly involves walking around the training grounds of Castle Black and participating in middling tasks to prove that Gared is capable of fighting and wielding a crossbow. All this means that this episode, which is probably one of the shortest to date from the Telltale games, will be one that players will quickly finish.

Visuals & Audio
In The Lost Lords Telltale has decided to retain their oil-painting designs for the characters and this time around they seemed to have improved their technique. The various backdrops and characters look far less blurry this time around and the entire art style looks quite impressive at times, especially whenever a new location such as the desert city of Yunkai or icy Wall is shown. 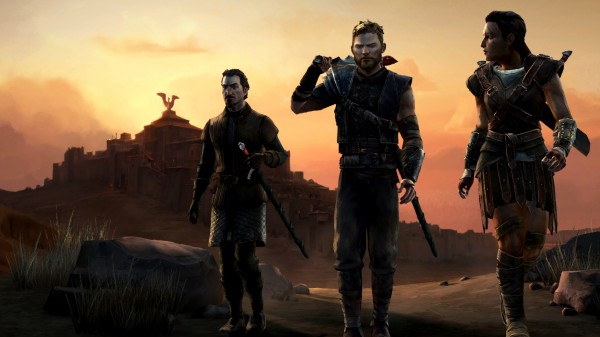 Voice acting is similar to what players can expect from the first episode as the cast all returns to reprise their roles while Asher and Beskha are voiced well. I must say that there is one moment of the game featuring Talia Forrester that really stands out and shines thanks to the haunting song that she sings which changes depending on the player’s choices with Ethan in the first episode.

Overall
Telltale Games finds themselves in a tough position here as players are stepping into a story where they already know the outcome of events surrounding the characters, such as Mance Rayder’s attack on The Wall and Margaery’s upcoming wedding. Because of this, they find themselves in something of a holding pattern with Game of Thrones: The Lost Lords. Rather than move the story along and trigger these noteworthy events, this episode plays as one that is building up to bigger and better things as the members of House Forrester begin to move and do what they can for their struggling house while trying to build themselves back up, even if it results in a rather simplistic episode.