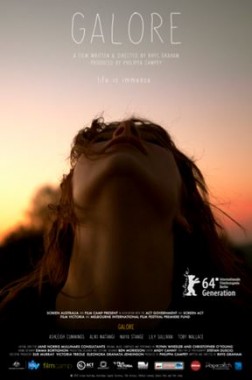 Teenagers live life in abundance – wavering on the brink of the present as if it were their last day. Premiered at the Berlin International Film Festival this year, Galore, scratches the surface of being young and the infinite possibilities of adventure, passion and true love tainted by curiosity, secrets, regret, and chaos. Well-known for his directing and screenwriting of short films and documentaries, including; ‘Words from the City’, Rhys Graham presents his debut feature Galore. Rhys poignantly explores the harsh reality for youth in the isolated outskirts of Canberra, by incorporating his own experience into the film.

The Australian drama begins in the outback, with two lovers hunting one another in the backseat of a station wagon. To clarify, they are young teenagers embracing the pleasures of sex in shameful secrecy. The shame is questionable. As it turns out, Billie (Ashleigh Cummings, star in ‘Puberty Blues’) is having a raunchy affair with her best friend’s boyfriend, Danny (Toby Wallace from ‘Lucky Country’). 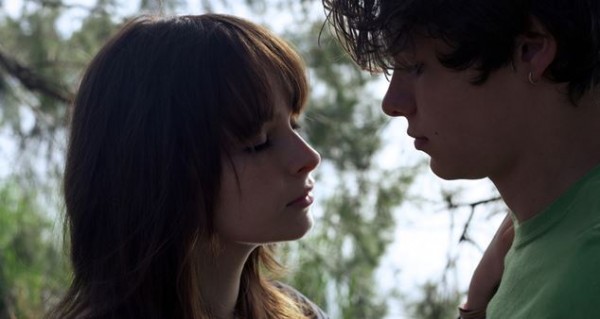 Galore is a coming-of-age story for teenagers and the dangers of being self-absorbed in a phase of corruption. The primary focus of the film is on the complicated friendship between Billie and Laura (Lily Sullivan from ‘Mental’). At the age of seventeen and nearing the end of highschool, the life-long best friends have moved on from childhood and are now transforming into young women. In the midst of the summer holidays, Laura confides in Billie that she wants to have sex with Danny for the first time. Yet, the audience knows that Billie is ‘crazy-in-love’ with Laura’s skater boyfriend and only seems to care about how this decision will impact the outcome of her affairs with Danny-boy.

The tangle of lies is the backbone for the narrative, provoking the audience to pity Laura for her oblivion and curse Billie for her indiscretion. However, Laura’s interest in her relationship changes when she meets Isaac (Aliki Matangi). The newcomer is a struggling teenager who is taken in by social worker and mother of Billie, Carrie (Maya Stange from ‘Garage Days’) to stay in their backyard caravan. The gentle-hearted young man shares the same passion as Laura for reading, encouraging her to follow her dreams of writing. It is interesting how the close bond that forms between the two is more convincing than the “love” triangle amongst Danny, Billie and Laura.

A minor incident on the day of Billie’s birthday triggers a chain reaction that significantly impacts on the protagonist. After a work shift at Kingsley’s Chickens, Laura and Billie ride their bicycle to the skate park to find Danny for the evening celebrations at Billie’s place. However, the skater is at the hands of a few disgruntled teenagers in the mood for a fight. The girls intervene and rescue Danny, although the birthday dinner plans fall through, when Laura leaves with her boyfriend instead of accompanying Billie. The seemingly random attack triggers the downfall of Billie, who realises that she can no longer hide her feelings for Danny.

Unable to face the messiness of her own deceit, Billie lashes out one night at a party and steals a car, only to then crash it and endanger the lives of her close friends, Danny, Laura and Isaac. While miraculously no one is injured (or so it may appear), the incident leads to irreparable damage and sets in motion the unravelling truth. If Billie had taken responsibility for her actions sooner and listened to her mother’s advice, “We’re more than just the love we get from people”, the aftermath would not have been so tragic. 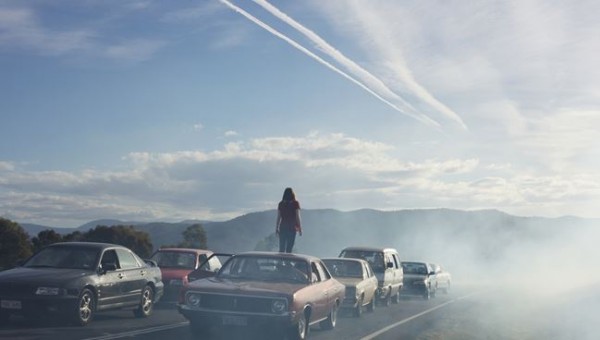 On the outer-layers of Galore are the impending bushfires, sweeping in Canberra to destroy the homes, communities and memories of its inhabitants. From the start of the film, the audience are forewarned by the voiceover of Billie about the fires, yet the real threat is the burning chaos that arises from the mistakes of one teenager and their influence on their friends. The final moments of the film reinforce the harsh reality of teenage life; growing up means letting go of what we know and starting a new page.

Awarded for the Australian Cinematographer’s Society Gold Award for Galore, Stefan Duscio perfectly captures the bushy, dry and barren outskirts of Australia’s capital city. The scorching heatwave and rising smoke from the bushfires create an impenetrable rippling effect, looming in the backdrop of each scene in the screenplay. What makes the atmosphere so powerful is the truth behind the devastating bushfires of 2003. The film crew shot Galore in the local areas of Canberra, including; Tuggeranong, Kambah and Woden, that were ruined by these bushfires a decade ago.

Christopher O’Young and Flynn Wheeler reunite to compose the score for Galore, after working together on Rhys Graham’s short film, ‘The Turning: Small Mercies’. The duo delivers a tranquil soundtrack comprised mainly of cello and guitar, which is true to the heart and soul of young people. With the addition of roaring crickets and the haze of summer in the Australian bush, the atmosphere will acclimatise to Aussie audience members. 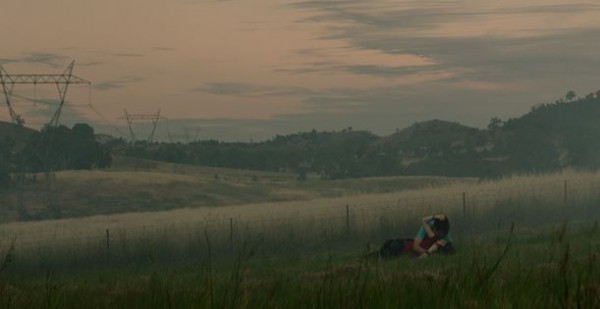 Galore reinforces the overwhelming nature of adolescence and the confronting emotions that stem from a change in hormones for both males and females. The age we discover sex, lust, love and the feeling of being untouchable, is a point in time that teenagers lose themselves and their sense of direction. The film, Galore is defined by the stunning performances of Ashleigh Cummings, Lily Sullivan, Toby Wallace and newcomer, Aliki Matangi. However, the story overcomplicates the message for youth, as Billie’s recklessness is at the fault of her own bad life choices. While love can be as immense as life is, teenagers should not derange themselves into believing that they can escape heartbreak, tragedy, agony and the perils of adulthood. Rhys Graham offers the audience a good portrayal of teenage life; a fragile flame that can produce wildfire and destroy everything in its path, or light ablaze in the darkness as a source of hope for a new beginning.