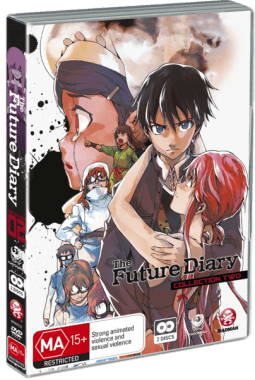 Overview
What Future Diary accomplished in its first collection was nothing short of brilliant. It took the survival game of Battle Royale and mixed it with the killer hook of Eden of the East and made it into one of the most unique anime series in recent memory. Despite that it did have some pacing issues here and there, but they were largely overshadowed by how very good everything else was.

With the second collection of the series, Future Diary tops itself in every single way. It takes the stakes of the first part and throws them out the window, only to quickly replace them with even higher stakes and even more insane action to go along with it. It improves upon the weaker areas of the first part and takes it to new heights. Future Diary’s second part is the culmination of the potential the series has shown from the very beginning and it all leads to one hell of an epic conclusion. 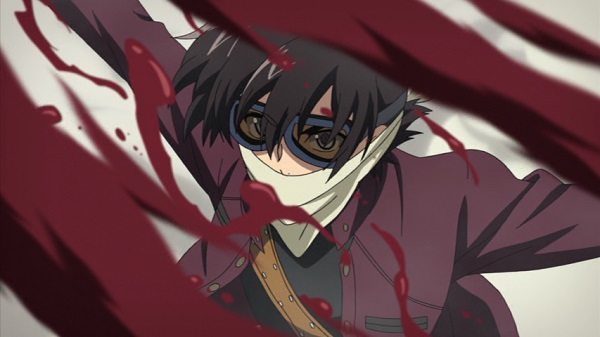 Story
Picking up where the first collection left off, tensions are hot as things progress between Yuno and Yuki to near uncontrollable levels. The dangerous Yuno proves to be the real breakout star of the anime, being the most compelling character in the cast. Every situation she becomes entangled in is simply electric, she is impossible to read and it can result in some very chilling anime.

The tension is turned up to 11 as more and more of the players of the survival game begin to close in on Yuki and Yuno. We see the characters grow and react in intriguing ways. The characters are built in a way that noone can be trusted fully. Just about anything can happen here and anyone is capable of horrible things in this world.

Where that really shows however is in the character of Yuki. At the start of the series he was little more than a coward. By the time the final credits roll he has proven to be a madman in his own right, so much so that you can easily understand his connection with Yuno – they are two peas in a pod.

As it all builds up to its final confrontation, we get a look back on the world that has been crafted steadily since the beginning of the series, all of which culminates in a grand unraveling that changes just about everything we have come to know and understand about the series. It may very well be one of the biggest twists in anime in quite some time in fact.

Ultimately Future Diary concludes in an incredibly satisfying way, giving the audience a finale to truly savor. All the pieces fall into place for a glorious checkmate that serves as genuine pay off for every move that has been made in this unforgettable survival game of an anime that is Future Diary. 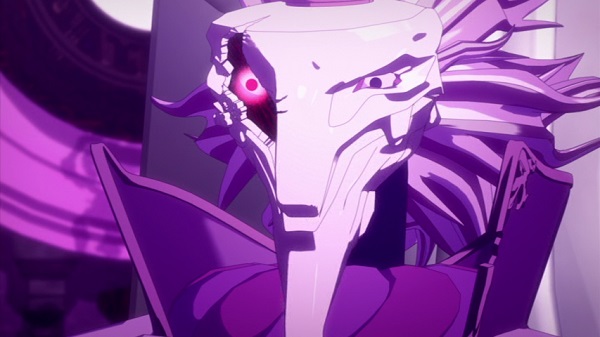 Visuals and Audio
Continuing the trend set in the first part of the series, Asread remain consistent with their gorgeous and gritty visual work on the series. The animation is superb and highly detailed. With the fluid sakuga animation work, the brutality is far more hard hitting, with action often happening quick and fast, which is the way it should be. The atmosphere is naturally dark and brooding but there are instances in which it switches the light-hearted at the drop of the hat, all the while never feeling unnatural, which is an impressive feat.

The soundtrack is great here with a number of memorable tracks on show. The highlight however is the new opening theme which surpasses the first opening theme in just about every way. It is catchy and very fitting for the series.

As with last release, this release features the English dub from Funimation. The dub is well acted with some stand-out performances across the board. There is also the brilliant Japanese audio track available if you are so inclined. 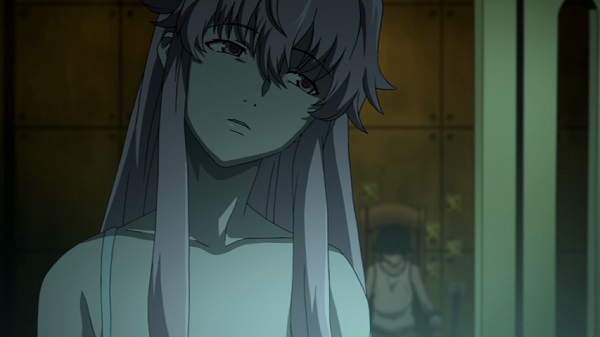 Extras
As with the previous release Madman Entertainment have really pulled out all of the stops on this one. The release is jam-packed with extra goodies to add some great bang for your buck. Featured are some episode commentaries that really do give you a great glimpse behind what went into each of the episodes. There is also the usual clean opening and ending themes. On top of that there is the hilarious ‘omake’ shorts that will have you laughing from start to finish. This is simply one of those very special releases that simply blows you away with how much there is to see and do. Madman have done a job well done here. 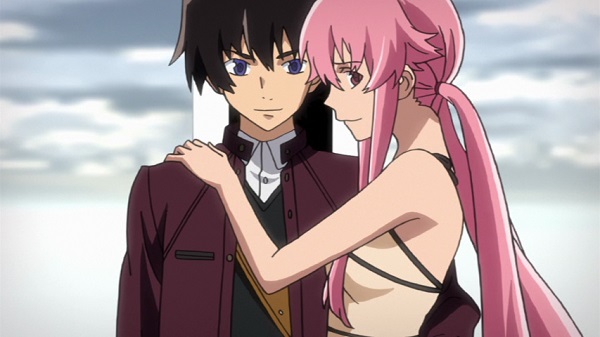 Overall
Future Diary is essential viewing for action anime fans. It has a bit of everything thrown into one high-octane thrill ride of an anime series. It will make you laugh, have you on the edge of your seat and it will definitely shock you.

This second collection takes everything to a whole other level, taking the incredible first half and expanding upon it in a big way. It gets better with every passing episode. The pacing issues of the first collection are largely corrected here, leaving nothing but a smooth progression that is easy to get caught up in.

It is one hell of an anime series and undoubtedly one of the best to be released this year. Madman have done a brilliant job releasing it and you’d be doing yourself a disservice to miss out on this one.

Future Diary will have you hooked on all of its crazy, this is anime at its most insane and if there is any real ‘Happy End’ it would no doubt be with you watching this anime. Future Diary is the madman of anime, the insane one that doesn’t act like a normal anime should, but no matter how mental things may get, looking away just isn’t an option because Future Diary is crazy fun.