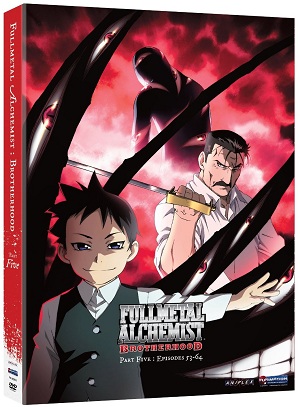 Overview:
Fullmetal Alchemist is a series that originally began back in 2001 when writer Hiromu Arakawa the story in manga form. Now ten years later here we are, with one anime adaptation already completed, though drastically different from the source material, we have the final part of Full Metal Alchemist Brotherhood. The entire series has been building up to this ending; does it wrap everything up in a neat package to satisfy fans of the series?

Story:
Something that Fullmetal Alchemist Brotherhood has followed nearly to the letter has been the original manga series which concluded just a month before the final episode of the series aired in Japan. Thus you have an experience which not only provides an amazing conclusion to the series but perfectly follows the author’s intentions for the series.

As the battle in Central begins to swing in the favor of Mustang’s forces, all of the central characters to the series begin to move towards Father, the original Homunculi. It takes a lot of skill to wrap everything up in a fashion that will satisfy viewers who have been supportive of the series for so long and Brotherhood does it with style. With non-stop action Part 5 contains the best action of the entire series. 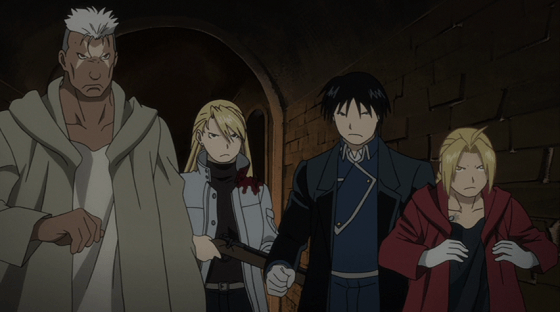 Nearly every main character gets their chance in the spotlight against one of the surviving homunculus. Plus, although a bit strange due to the fact he stood around most 90% of the time, the final battle against Father definitely contains the feel of a boss battle that could rival any other series finale. We see Mustang finally meet Hughes real killer and other characters struggling to prevent him from becoming a man who is fueled by rage alone. This is the only bit of information I am going to reveal simply because this is the ultimate finale of the series. Anything left to be solved is resolved in this part and explaining further would ruin the emotional build up that these scenes cause.

Despite the fact that the series builds up to the huge battle and finally the end of Father, we still are treated to a mild timeskip. As I mentioned before it takes a lot of skill to wrap things up nicely without leaving any plot holes that can be picked at by fans, and FMA Brotherhood wraps up in a package so tight that not even alchemy could be used to break it down.

Although there is a lot of combat to be seen, Part 5 can also be seen as one of the most emotional part of the entire series thanks to the fact that a lot of the characters who have been seeking something end up finding it in these final episodes or are able to complete what they set out for. As I said before emotions run high in this part, both for the characters on the screen and the viewer sitting at home. Thanks to this many viewers will find themselves feeling drawn in to specific moments of the show as these climactic moments play out. 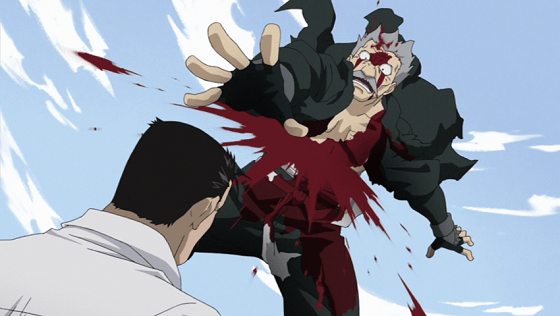 I find the ending to Fullmetal Alchemist Brotherhood to be satisfactory with nearly every character getting at least some sort of closure that should please long time fans. Though the interaction Ed has with Winfry at the train station seems almost a little forced thanks to the fact that there had been little shown development between the two. This can be partially forgiven thanks to the fact that throughout the series it has been hinted at that the two had feelings for one another. Plus the way that Edward confesses is simply hilarious and I am a sucker for a happy ending.

Artwork:
Now a lot of anime that contain heavy action occasionally slip on their fighting choreography or with the character designs during the fight. This is something that barely even comes close to applying to all of the fights that take place during Part 5. Full Metal Alchemist Brotherhood has had great battles before, but all of the artwork and fighting is amazing to watch. There are a lot of times characters will use huge attacks simply because they can, with only the occasional drop in quality. All of this is shown perfectly by the animators with fluid animations and plenty of destruction ensuing from said attacks which creates battles so intense and large in scale it truly pulls the viewer into the experience. 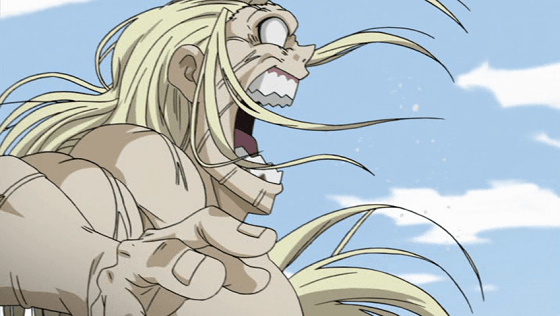 Besides the battles and everything else, the backgrounds that you will be seeing are still as impressive as ever. Though the majority of the visuals take place deep under Central they are still varied enough to not feel stale. The backgrounds are detailed impressively and colorful, providing a great life to the world even as the intense battles draw your eye to the characters.

Audio:
Let it first be said that nearly all the characters you will be seeing in this part have already made appearances periodically throughout the show which means that FUNimation’s dubwork is going to be the same as before regarding voice actors and actresses. The quality of the voice work is still very well done and consistent throughout. The emotions of the characters are performed well and it is a perfect example of voice work done right.

There are a number of insert songs that are in this part which are subbed in English, though the subtitles can be turned off if you wish. These songs certainly highlight specific moments of the show and none of them feel out of place. The opening and ending songs are enjoyable, especially “Rain” by SID though I found “Ray of Light” by Nakagawa Shoko to be a little disappointing as an ending song simply because it feels out of place and inappropriate sounding as an ending.

Extras:
There are a number of Extras that are included in Part 5, this includes your standard clean (textless) opening sequence with the song “Rain” and then the clean endings of Ray of Light and Hologram. There are also two other special features which are worth taking notice of. 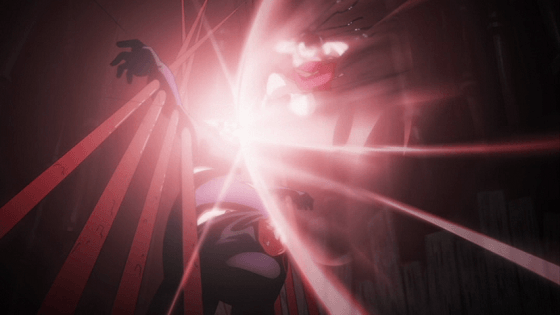 One of these is the outtakes which are very hilarious to watch. These outtakes span across many episodes and are usually different words being said instead of what was meant in that part. The combination of the situation plus the words spoken had me laughing more often than not and fans will certainly enjoy the jokes. There is also commentary for the entirety of Episode 64, the final episode, which is an enjoyable to listen to after seeing the episode normally.

Overall:
Providing a satisfying ending to a series that has spanned over a decade is quite a monumental task to undertake. Fullmetal Alchemist Brotherhood Part 5 does not only that but it does it with style. The amount of fluid and intense combat that persists throughout the entire last episodes in this part will take viewers on a rollercoaster of emotion. With a great returning voice cast and superb animation, Part 5 does everything a FMA Brotherhood fan could ask for and more.

I give Fullmetal Alchemist: Brotherhood Part 5