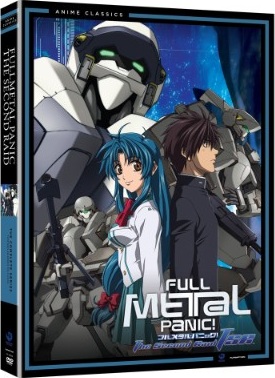 Overview:
Full Metal Panic! is a series that has been around for quite a while. The series began as a light novel way back in 1998 and is still going today with 25 volumes published since its creation. Four years after the light novel began the first anime adaptation was released with the same name as the novels, Full Metal Panic! and spawned two subsequent anime sequels.

However one of those sequels didn’t really continue the main storyline and was called Full Metal Panic? Fumoffu which was more of a comedy series. This isn’t that one however, Full Metal Panic! The Second Raid is a direct continuation of the first season. Now that FUNimation has re-released the series under their Anime Classics brand, how does this complete collection stand?

Story:
As I mentioned before, Full Metal Panic! The Second Raid is a complete sequel to the original series, so those expecting to hear anything more about the Fumoffu spin off will unfortunately be disappointed. Still, it has been more than a few years since the original was released so let me go over the events of the first season very briefly and reintroduce a number of the characters.

In the first season we followed the exploits of Sousuke Sagara, a soldier who has only known the military and works for the secret anti-terrorist group known as Mithril who has been tasked with protecting a spirited and outspoken high school girl who goes by the name Kaname Chidori. Chidori must be protected because she possesses the Whisper ability which is connected to Black Technology and something highly sought after in the world. 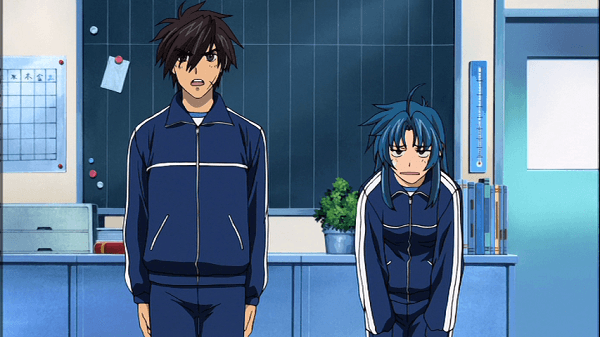 The only problem is that, with Sousuke only knowing military life, how can he adapt to acting like just an average high school student while also being the bodyguard of Chidori and performing military actions when necessary? This is the heart of most of the comedy that is present in Full Metal Panic! and it retains the same feel as the original in The Second Raid.

On to the story however, viewers are quickly thrown into a plot where Mithril is searching for the people who betrayed them and this means that Sousuke, Mao and Kurtz are on the front lines once again in their Arm Slaves battling against a dictators forces, especially their extremely powerful units which he should not be in possession of.

The series continues its high paced action whenever a battle occurs and there is always a lot of tension in the middle of these fights. Still, once the battle ends and the action winds down the story does as good of a job as in the original switching gears to a high school comedy where most of the hilarity comes from. The Second Raid does a perfect job of balancing the action and comedy between the fighting and high school sections of the show which provides a great contrast between the two, but there is still the sense that the tone of this season is much more serious than the original.

Now the story of The Second Raid begins shortly after the events of the first season, well more like three months after to be precise. This creates an amazing sense of continuity for those who have watched the first season and it also benefits from not having to introduce all of the main characters and the situation. Which means that everything can begin much faster than the original season which is a great thing for fans as viewers can pick up on the action with Sosuke and Chidori like it never actually stopped and had to wait years between seasons. 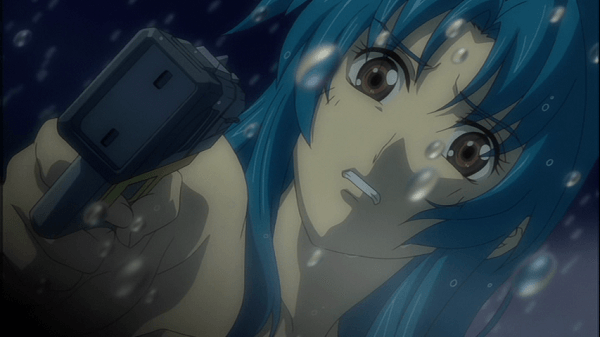 Now while some may come to Full Metal Panic! The Second Raid for more of the mecha action that they love, others will come to see the character development between Sousuke and Chidori. Without the need for introduction the series allows for the two to really grow up and develop feelings for one another despite how dense Sousuke can be at times. Those eager to see more of their interaction will be more than happy with what they see in The Second Raid… especially with the challenges that the two are presented with when it comes to trying to stay together.

The downside here is the fact that anyone who decides to try and jump into the series now will ultimately be quite lost in a number of regards. The characters and their various roles or are rarely mentioned and the world itself is barely given any explanation so this is a very poor starting point for anyone eager to pick up a new mecha anime series.

Visuals:
Now some people may be a bit worried when they hear that The Second Raid doesn’t have the same animation studio as the original season. The first season was created by Gonzo while this one was handled by Kyoto Animation. But let me say that it is actually for the best that Kyoto took over as the quality of both the animation and the artwork has taken a major step up from the original and viewers shouldn’t find much to complain about.

The visuals themselves are crisp and have plenty of detail with a vibrant color palette that is very striking on the DVDs which the series comes on. Now it is also worth mentioning that Full Metal Panic! The Second Raid is just as brutal as most viewers will remember. To be more precise, there is plenty of blood and even minor bits of gore when characters are killed, such as a soldier’s throat being cut. Enemies who are shot will bleed and a few deaths are focused on, such as the strangulation of one female enemy. This of course means that it may not be something for children to watch, but provides the graphic violence that some action series shy away from focusing on. 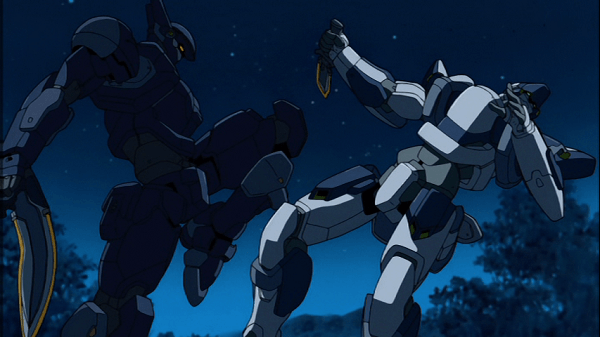 Audio:
As usual with FUNimation’s release the company has provided both the original Japanese voice track as well as an English dub of the series. The quality of the Japanese voice cast is superb as always and viewers will not find themselves wanting if they choose to listen to the Japanese track, as the subtitles are also well handled for those who choose to try and remain purists.

For everyone else, the English dub has done a stellar job with the characters they have been given, especially Sousuke and how he can react at times to various situations that he not only isn’t comfortable in but doesn’t understand in the slightest. A major plus is that nearly the entire American voice cast has returned to reprise their roles from the first series which helps keep everything nice and consistent.

Extras:
Being as this is the Anime Classics version of Full Metal Panic! The Second Raid, the DVD case comes in a nice little slip cover that contains the artwork you can see above. The slip cover isn’t anything too special however, merely containing the same art as the DVD case itself. Each of the three discs contains images of some of the main characters as well, but what about the content on the discs themselves?

Disc three contains all of the various special features for the series, which contains your usual bonus features such as FUNimation release trailers and the clean opening and ending songs which are nothing to write hope about. There are however a few other bonuses which are nice, including the Location Scouting in Hong Kong which is a seven part feature. 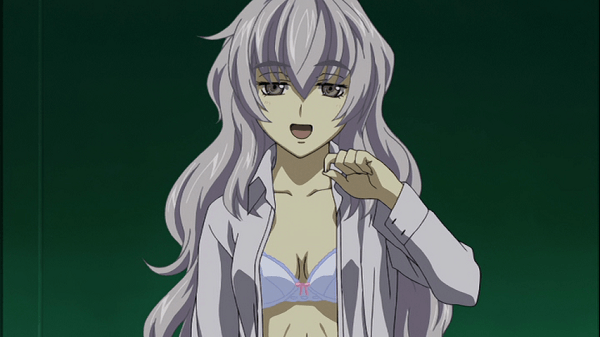 Besides that there is a short Episode 000 which helps reintroduce the characters to everyone and of course takes place before The Second Raid begins. The true highlight is a Bonus OVA which focuses on Tessa the Captain of the Tuatha de Danaa and Sousuke’s superior. Tessa isn’t having the best day and this full length OVA provides a humorous look at her bad day as well as allows us to see a different side of some of the characters we otherwise wouldn’t have been treated to.

Overall:
As a whole Full Metal Panic! The Second Raid is an amazing and true sequel to the original season, and with the rerelease of these thirteen episodes under the Anime Classics package it is a bit cheaper than original. Now some may be concerned because while the original season was 24 episodes and The Second Raid only has 13 that they won’t be getting a full story.

However there is no reason to worry about this, as The Second Raid feels more like an additional 13 episodes that would have been added on to the end of the original. With more character development between Sousuke and Chidori and plenty of action, there isn’t much to hold viewers back from enjoying The Second Raid.