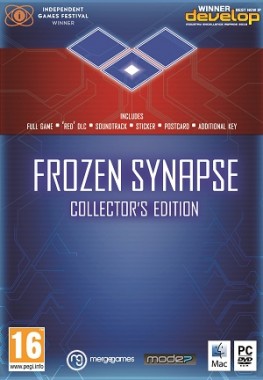 Frozen Synapse was developed and published by Mode 7 Games and is a recent attempt at breaking into the market of simultaneous turn-based strategy games (of which there actually is one) and coming out hopefully on top. But is this just another popular misstep for the turn-based strategy genre or does it actually contain some deep and compelling play that is sure to keep you entertained? Read on to find out.

In Frozen Synapse you play as a faceless commander known only as Tactics, assisting a rebel group in their efforts to topple a controlling government for the greater good. You control your units within a program known as the “Shape Network”, which is a kind of crossover between the Matrix and Tron. This Network shows map layouts in blue and enemy positions in red, providing an effective contrast between the two. The system you are in control of actually takes control of real people who are linked to the Shape Network, meaning that at times you may encounter smarter or dumber soldiers depending on how well their connection is to it. A very interesting concept that blends itself in well with the cyber-punk dystopian world.

Frozen Synapse really does a great job with its audio and visual design. The game features smooth, flowing colours that really highlight the entire feel and the belief that you are operating within the “Shape Network”. Enemies, allies and your very own squad are easily distinguishable from one another, as well as from the terrain itself, meaning you’ll never get a shotgun in the back that you weren’t expecting. The music itself contains great techno tracks by weary_testsubject, with lots of highs and lows blended with a steady beat that continues throughout. The music seems to play by itself however, with seemingly little guidance or noticeable difference between levels. This ultimately means that you could be in a fairly intense mission with a low and peaceful track playing in the background, the downside of using such a randomising system. 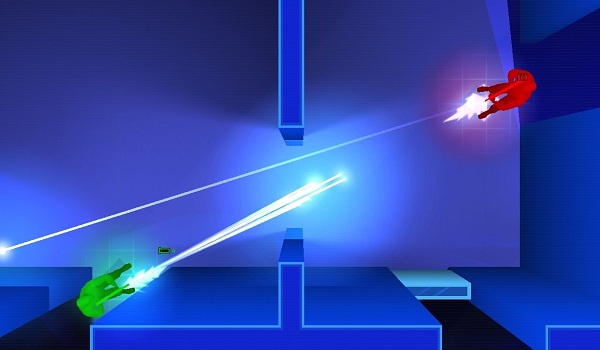 You control your units in a top-down view of the battlefield, with all units of both sides revealed to each player. Taking control of one unit or soldier at a time, players can task their men with general movement, aiming, crouching and of course fighting. The game is paused whilst this is occurring and once you are sufficiently happy with your orders then you may submit them to the “Shape Network”. Once this is done, you will be able to see them play out in real-time, as well as the enemies commands as well. You see, Frozen Synapse is a simultaneous turn-based strategy game, which means that both sides plan their moves at the same time, meaning you kind of have to prepare for what you think the opposition will do, rather than react to what they just did. This concept took me a bit of time to get used to as I would prepare all my men to enter and clear a room, submit my turn, only to realise that the AI had ordered his men to leave through a back door and come around the side to flank me.

Everything in the game costs time to do, of which you have a total of 5 seconds. Movement and aiming are the biggest tie-sinks in the entire experience, as actual shooting and combat encounters are resolved in seconds.

This is where we see the game’s fairly high difficulty curve come into play. While there is a tutorial present (which the game definitely needs), Frozen Synapse contains a lot of concepts and tactics that the player has to get their head around to effectively deal with the combat situations they face. For example, when ordering a single unit to say move across a room, you have to double click where you want him to go (stacking these orders if you want him to walk around something a certain way), make sure he is aiming in the direction you want him to move and be sure that no enemy line of sights are possible or risk death. The aiming is particularly frustrating when you want to move more than one unit.

When sending a solider anywhere certain points appear on his path if he has to alter direction in any way, these points have no effect on gameplay other than to show his view will change. You see, when issuing orders you must always take view in to consideration. If he is looking one direction and you want him to move a different one then he will sidestep the entire way, drastically decreasing his movement speed, thus you always want him to look the correct way which speeds him up (unless enemies are nearby that he needs to look at). However, at each of these points where he changes direction, you have to physically change his view back, meaning a lot more work and time-consumption just to get the soldier from point A to B efficiently. The entire concept is just busywork for the player and I can’t see why the developers couldn’t have put some sort of automatic process in place where unless you physically tell them not to, the unit follows the path you set out exactly, changing his view to suit at each point. This would save heaps of time and create a much smoother player experience. 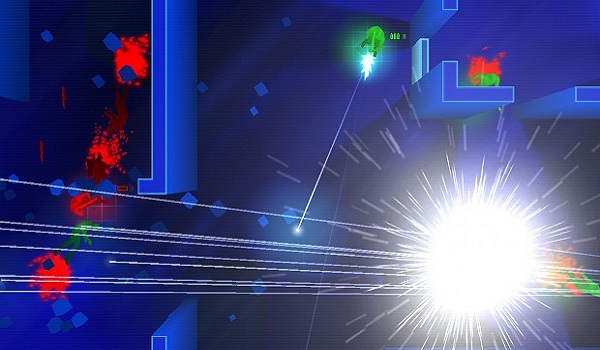 There is also a wait function which is meant to be used just before you exit cover. Your unit will wait two seconds (you can set this time but that is the lowest that it works) for the enemy to glance away and then you will be able to move to the next one. Works well in the tutorial but in the full game? Not so much. I attempted this numerous times when up against a sniper (who you practice on) and found that even after he looked away, he would still glance back before I could get to cover and well… yeah, there goes my rifleman’s brains.

A nice variety of missions fills Frozen Synapse, including things like squad elimination, hostage rescue and of course escort missions! Sigh, the escort missions. While games have been using them for a long, long time here they are especially painful. The reason being that even if you get right to the end of the level with your VIP intact, one lone shot-gunner can end all that in seconds and cast you back to the very beginning of the stage. This issue is not an altogether new one in games, but is still a frustrating nitpick of an otherwise mostly fun game.

There are times in which the game will glitch as well, though that could be expected with such a small studio. For instance when ordering one of my men to run down a corridor he got stuck on a wall and shot by the enemy, meaning you need to stay well clear of walls as your team AI is completely dependent on your input, that is to say non-existent. This makes perfect sense in a turn-based strategy game but I just wish that my rifleman would actually become aware of the fact that he was constantly walking into a wall and perhaps go around it. Also, the enemy team seems capable of some crazy feats that I could only hope for. At one time I had two men guarding a room only to allow an enemy rifleman straight past their line of sight and into the room. He then shot one of my units and ran back out to safety all in the span of 5 seconds with my own rifleman simply watching the events unfold. 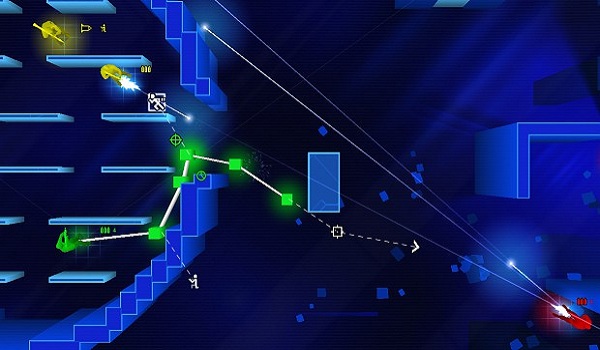 It’s not all darkness and disappointment for Frozen Synapse however, the game is genuinely enjoyable and can get incredibly tense in some places. When your down to your last man and you manage to take out a squad of enemy soldiers through effective use of tactics and bravery, many hurrahs are heard around the computer. Or when your carefully laid out plans to first take out a covering sniper and then wreak havoc among the remaining enemy soldiers is actually pulled off you feel a huge sense of achievement and victory.

Multiplayer shows great potential as well, with some games lasting minutes while others continue for days or even weeks. Players can take their turns whenever they wish and check back on the results next time they come online. While the current popular tactic for the game is to gather a group of rocket-wielding troops and simply fire where you think the enemy will move to, I see some great possibilities for really full-on tactical gameplay, with some real potential for very hairy hostage situations.

On top of this, each day a featured multiplayer game is available to watch, meaning you can see how the rest of the community is playing out their own strategies, while taking tips to improve from some of the games’ best.

The fact that all maps in the game are randomly generated ever single time you restart a level or play a next one, means the tactis are always changing up and that can be nothing but a good thing. If you like a map and want to play it again, the game remembers many of the last seeds that you played on, allowing you to rectify previous mistakes or try to win yet again for more glory. 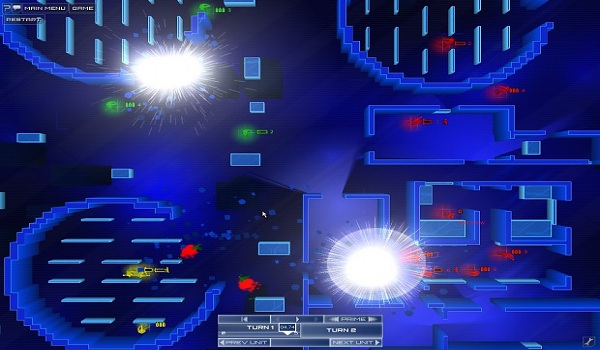 I’ll admit it. It took me quite a while to get over the high entry point needed for Frozen Synapse and actually get deep within the game itself. But when I got to that point I started to figure out what made the game so enjoyable to so many. The heavy emphasis on tactics, the engaging music and the joy of seeing your plan pull off without a hitch are what really set the game apart. No other game handles simultaneous turn-based play so well and Frozen Synapse is definitely worth a look at if you can get through the fog of difficulty that permeates its first few levels. While suffering from some issues with a lacklustre story, general gameplay issues and really needing some patched in auto view, the game is at its core just fun to play. Frozen Synapse is a success at what it sets out to achieve and I think that’s what people will ultimately take away from it.