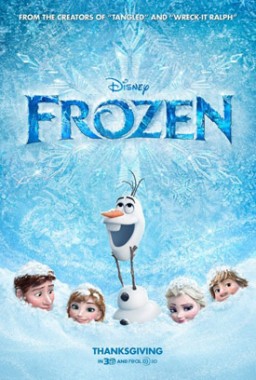 Disney has had a less than stellar year when it comes to its family-friendly films, so it is easy to be hesitant about their latest princess-centric film; Frozen. Luckily, those fears are quickly washed away when the movie begins. Stellar animation and a killer voice cast underlie an incredibly strong script filled with emotional depth and touching moments that will have you believing in the power of family over anything else.

Like many of Disney’s family-friendly films, Frozen is heavily inspired from old literature – namely Hans Christian Andersen’s fairy tale The Snow Queen. Set in the Kingdom of Arendelle, Frozen follows the story of two princesses – Elsa and Anna. Elsa was born with a special gift – she is able to control the powers of ice and snow. In an accident that almost kills Anna, their father the King locks the castle gates, limiting the girl’s access to the outside world, and keeps Elsa hidden away in her bedroom until she learns how to control her power. One day the King and Queen are killed when their ship capsizes out at sea, and the girls have to continue on without them.

Three years later, and the gates are finally opened for Elsa’s coronation as Queen of Arendelle but while she tries her best to maintain her composure and keep her powers locked away, she loses control and inadvertently unleashes a blizzard through her kingdom before fleeing to the snow-draped mountains for solitude. Anna quickly jumps onto her horse and heads out into the wilderness to save her sister, and along the way meets with a brash young ice salesman – Kristoff. 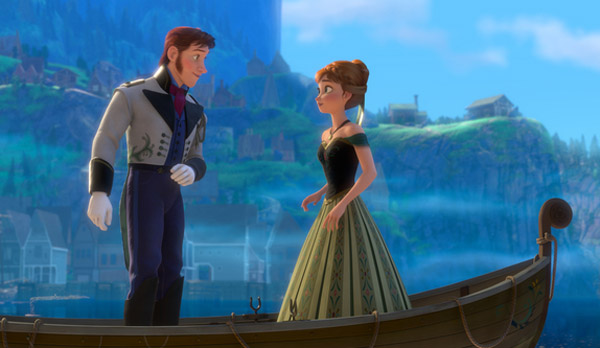 Frozen isn’t afraid to make subtle jabs at previous movies. A prime example is the fact that Anna falls deeply in love and agrees to marry a young foreign prince the day she met him causing both Elsa and Christophe call her judgement into question. It is good to see that Disney at this point can see that even though their old films are timeless classics that resonate deeply with people from all ages, that the characters in them never made rational decisions.

Frozen’s greatest strength comes from the deep, emotional connection that you will make with the characters, and the connections they will make among themselves. For once this isn’t a Disney-princess film that circles around finding the one true love or living happily ever after. Sure those elements are there, but they very much take a back seat to the bond that Anna and Elsa have with each other as sisters. I for one loved this aspect of the movie, and it gave the movie a lot more depth than you would expect from watching the trailers.

The emotional depth really caught me off-guard. The trailers and previously shown footage really painted the picture of a happy, friendly, jovial film that the whole family would sing and dance along to, but that wasn’t quite what we got. Frozen has moments of frivolity and Anna’s cute awkwardness do make for some laughs, but Frozen is so much more than that. There is an incredible amount of emotional depth here, and some really serious themes get brought up throughout the course of the movie.

For anyone wondering if this movie is still appropriate for your little ones just remember – Snow White featured 7 dwarfs murdering a witch after she demanded a huntsman cut out a princesses heart – and there is nothing anywhere near that level of darkness. However, Elsa is still a dark character, not through her actions but through what she represents. Elsa carries a burden so heavy and she feels that she cannot share it with anyone – not even those that love her. It is heart breaking watching Anna constantly reach out only to be rebuffed by her sister who feels that she can’t let her in. Don’t be afraid though, this is a Disney movie and of course that means a happy ending, and Frozen gets an ending that is fitting for everyone involved.

Disney have given us a fantastic looking movie in Frozen, further refining the 3d animation that was really introduced in Tangled, and taking it further than ever before. Characters all retain the classic Disney animated style but a lot of life and character comes from even the smallest details. Things that weren’t possible in the past, like expressionate eyes, or subtle visual cues really help Frozen come alive. 2013 seems like the perfect time for this movie, as I cannot imagine it being as great as it is without the incredible visuals to back it up.

Frozen features a couple of recurring themes and motifs that are all elegantly and beautifully presented through the course of the film. The first of these motifs is (as you would expect) ice and snow. As well as being representative of the emotions characters are feeling, the whole premise of the film revolves around snow, and Disney have done a wonderful job in drawing and animating everything from the snow-laden rooftops through to torrential blizzards. Several scenes have Elsa throwing snow and ice into the air, creating beautiful patterns that are mesmerising to look at.

I was hoping that Frozen would be the first feature-length film to utalise Disney’s new “Meander,” artstyle which blends 3d and 2d animation together (the animation was used in their recent animated short – Paperman). Sadly though this wasn’t to be. There isn’t much to complain about here though, as the animators have worked incredibly hard to present a movie that is as appealing visually as it is emotionally.

The voice work for Frozen is simply amazing. Kristen Bell and Idina Menzel play their roles of Anna and Elsa perfectly. The duo are joined by an array of supporting characters from Olaf the snowman (Josh Gad) who wants to see summer, Kristoff the ice-salesman (Jonathan Groff), and Hans the prince (Santino Fontana) that Anna falls madly in love with immediately after meeting. The cast all give their absolute all to their roles, and make these animated characters truly come alive.

Voice work is one thing, but this is a Disney Animated movie for crying out loud! That means MUSIC! Singing and dancing has always been a staple of Disney, but some movies don’t give it the same justice as others. Luckily, Frozen knocks it out of the park. Every song in the film’s soundtrack is catchy, passionate and relevant to the story. It can sometimes be a little disjointing for characters to suddenly burst into song (even when it may seem unnecessary or impractical) the tunes will have you bobbing along, or even singing them aloud.

If there is one weakness to the soundtrack, it is the fact that there is no traditional “Villain Song” to accompany the film’s evil do-er. There is still a villain-song though, and it is cleverly disguised as something completely different. The option to go this route really makes you go back and reflect on earlier events in the movie with a whole new light.

While going back and reflecting on the film is great, there is one song that is powerful, emotional and downright amazing. Even without contextt , Menzel’s showstopping number – Let it Go is hauntingly beautiful and it is easy to see why it has already been nominated as one of the Golden Globe contenders for Best Original Song. Menzel puts so much heart and soul into her role as Elsa, and Let it Go lets it all explode out. The song is about freeing yourself, disregarding the judgements of others, being who you want to be and no longer hiding who you are inside. It is the type of amazing track that transcends the movie it was introduced in and can be applied to so many situations in life.

Frozen was a very different movie than I expected when I walked into the cinema, but it was definitely for the better. Frozen is easily one of Disney’s best films of the modern era, with its lovable cast of characters, deep story, top notch animation and a soundtrack that rivals some of the greats from the Disney Renaissance. Frozen really is THE movie to see this season, and if it only does one thing, it is prove that Disney is BACK! 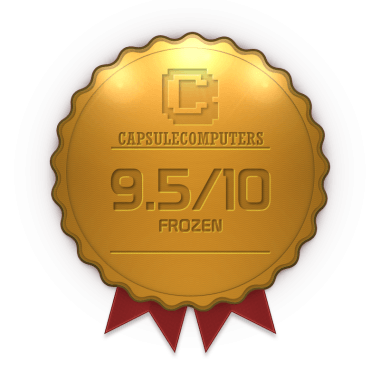