The pinball machines of yore have inspired video games for many years now… and the latest Frogger game, developed by Konami Digital Entertainment, brings one of their classic video game heroes to the iPhone in a colourful, cartoony pinball game. For Frogger’s 30th anniversary, Konami has been churning out a few titles reimagining the classic original gameplay and sprucing it up a little for the 21st century and adding in new features and elements to keep the ans interested. Pinball is one of these releases, available on the iOS devices from 6th October, 2011. 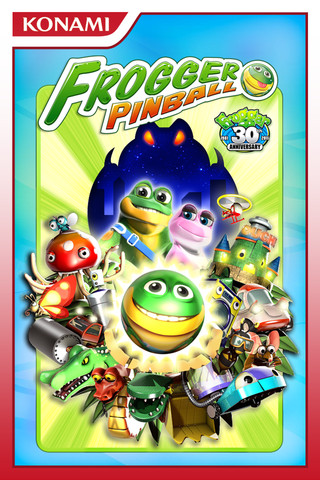 When his amphibian girlfriend gets kidnapped by a mysterious UFO, Frogger leaps into the air to save her, and… turns into a pinball. Or something. Okay, so if you’re playing a game called “Frogger Pinball”, you’re probably not in it for the engaging story and exploration of the frog’s tortured soul. You’re there to have fun. And this game does a good job of delivering fun… for a bit.

The beautifully rendered 3D cgi pinball tables and comic-style cutscenes go well with the not-overly-serious tone a Frogger game sets. And the music keeps everything chirpy and cheery, keeping you happy while you play the well-realised pinball action. The feel of the game is reminiscent of the old PlayStation arcade games using random IP as the basis for the generic gameplay. This game doesn’t feel like a cheap knockoff, but still… it’s Frogger not being Frogger, and therefore falls into the category of “reskin” rather than “reimagining”. 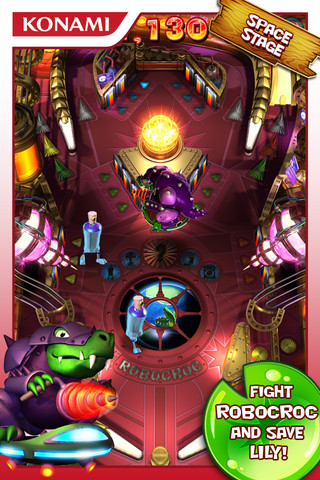 In-game you can activate a battle-type mode, where critters and machines, depending on the stage you’re playing, will float across the screen, getting in the way of, and sometimes purposely messing with, your pinball. In the first stage, for example, the baddies start off as docile flies that harmlessly obstruct the ball’s usual flow, and develop into wasps that attack the ball, losing you energy which you can try to pick up later on, and on to crocodiles which bite into the ball and spit it out towards the paddles at the bottom of the screen, giving some amount of variety to the core gameplay. You can also pick up a power-up, turning your ball into a classic-style bomb, which explodes on contact with enemies on the table, killing them instantly, giving you extra points in the process.

And then, of course, you have the staples of pinball games everywhere… the multi-balls, the combos, the bumpers, the extra paddles on harder levels, as well as the flashy lights and retro styled effects. 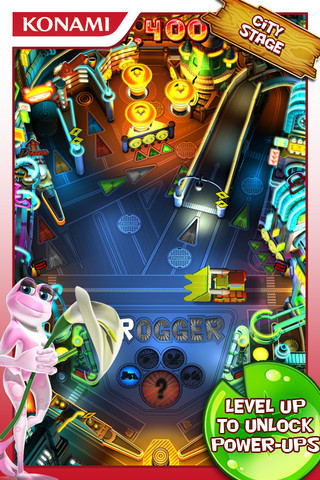 It has the usual amount of frustration for a pinball game, and the core gameplay is solid. The stages of the story mode take quite a while to beat and are perhaps a little too difficult, especially when you aren’t actually told what you need to do to get to each level’s end boss. And the fact that there’s no continuing from an already-played stage means you’ll either be spending hours upon hours trying to beat the game, or give up trying. There are only three tables to play in story and challenge mode, and whilst each gives the player a different and unique milleau to play with, it doesn’t hide the fact that this is a short game. Whether you love playing pinball and blast through the levels with ease, or you rage-quit in response to the inherent frustrations a pinball game has, this game just doesn’t have enough content to keep you going. 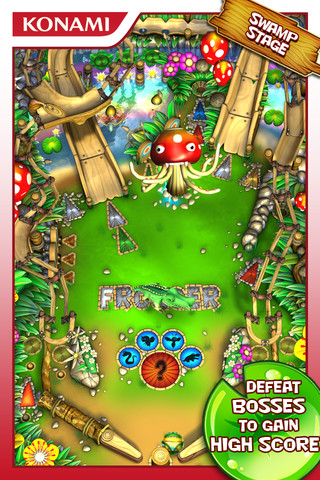 There is a challenge mode that allows you to pick from one of the three tables in the game, where you go for the high score, as well as picking up gems and energy blobs which you can use to buy more balls to play (which deplete as you play the challenge mode), or buy the pink frog “Lily”s ball with different stats, or unlock persistent power-ups such as the “Energy Magnet” or Multipliers. You can also buy more gems or energy in the store, trading real money for unlocking various items in the game.

All-in-all, this game is great fun for five minutes, but the frustration quickly rises, and you’ll find yourself having a shorter fuse on the next time you decide to give it another try.