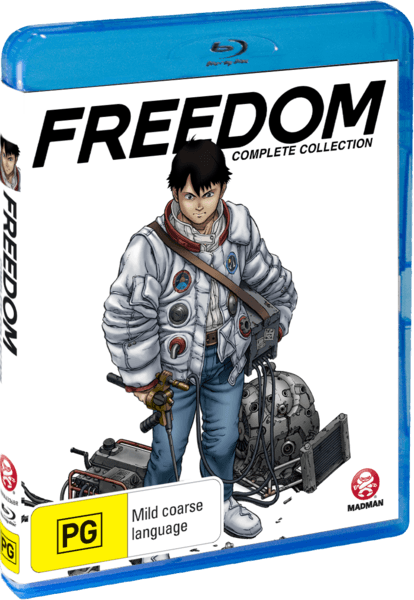 Overview:
What is Freedom? That is the question posed in this 7 part OVA series designed by infamous mangaka, writer and film maker Katsuhiro Otomo (Akira). If we live in a secure society held together by a higher authority, are we still free or are we simply free to act within the rules placed upon us? These are among the many questions raised in Freedom – a deep look inside the heart of modern societal structure and the possible future of the very concept itself. 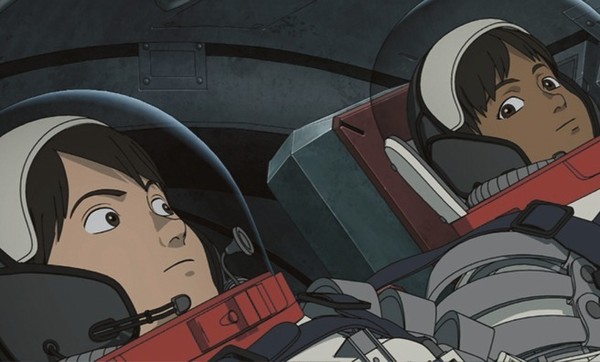 Story:
Freedom has incredibly high aspirations and with Otomo’s name attached to the series it undoubtedly has some big shoes to fill. With so much ambition and belief in it’s message Freedom transcends the term anime and gently touches down in the echelon of fine art.

Fans of the cinematic anime masterpiece Akira will definitely feel at home with Freedom, a series which contains many elements present in Akira without ever feeling too familiar. Many elements crossover from Akira such as youth culture, societal structure, upheavel, reality and the very nature of life itself.

The series takes place in a near future in which Humans now reside on the Moon, in a heavily secure and controlled society after the Earth has been deemed unhabitable following a mysterious cataclysm. We follow Takeru a young man born into the Moon society known as Eden. Takeru is extremely fascinated with Earth which feels like a mythological place of the Humans past. It’s an unreachable place that intrigues him to no end. Soon enough he discovers that Earth may not be as unhabitable as the Government of Eden proclaim.

As you’d imagine he attempts to stage an uprising in a quest for truth and freedom. The series features a valley of depth with it just begging to be explored. It raises some strong questions about our own society as well warning about what can become of such despotic governments.

There is enough philosphical meat on the Freedom bone for those who love something that will make you think. The messages and story told in Freedom are not only complex, emotive and honest but also as profound as art can be. 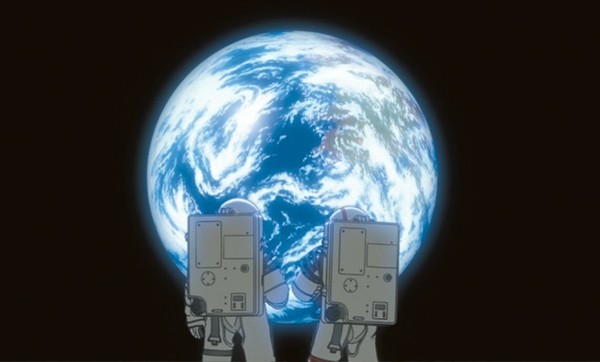 Visuals:
Aesthetically Freedom features all the bells and whistles of it’s anime forefathers. With the visual style being a dead ringer for Otomo’s iconic artsyle, his presence of the series is strongly felt. The style of the series itself is reminiscent of a series that Otomo did not work on, Planetes. I’m certain after completing this series that he at the very least took some level of inspiration from that series.

The series features cel-shaded three dimensional character models and environments which are entirely unique to Freedom. This was a great choice on the part of Otomo as it sets it apart enough from the anime giant Akira, and gives it legs to stand up on its own.

Freedom is just a visual treat and it’s even better on Blu-Ray which is without a shadow of a doubt one of the most beautiful animated experiences I have ever had the pleasure of viewing. If you are in it for some stunning imagery you will not be disappointed by Freedom.

Audio:
Freedom features music of critically acclaimed Utada Hikaru (known for her work on the Kingdom Hearts series of video-games) and much like her expansive catalogue of work, she has composed some amazing tracks for this series. With her effervescent opening song for the series “This is Love” each episode opens in a big way, creating prime atmosphere for the preceedings.

The incidental music and score for Freedom is provided by Yoshihiro Ike, a composer who is always on point. He has previously worked on the music for the film Dead Leaves and his talent has not dwindled since then as he has constructed a heartpounding soundtrack that backs the story to perfection.

As for voice acting, both the English and Japanese cast are electirfying. My personal highlight was Michael Sinterniklaas as Takeru in the English dub of the series. He brought Takeru to life in ways I have not seen in English language dubs in a long time. 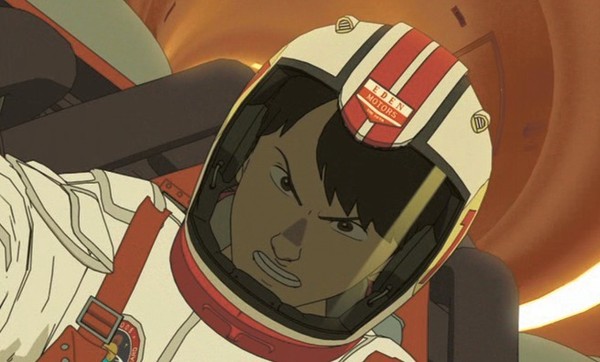 Extras:
Madman have spoiled us once again with this complete series collection. If you are a special features junkie, you will have plenty to feed your addiction with in the Freedom Collection.

There are so many features present such as a Prologue, Freedom Digest Segments for each episode, a special short 2 part feature called Fly me to the Moon, several other in depth looks at the series itself and its creation and some trailers for the series.

This is definitely more than your standard Madman series collection. It really provides great bang for your buck and at that price all of this packed in its just the cherry on top. 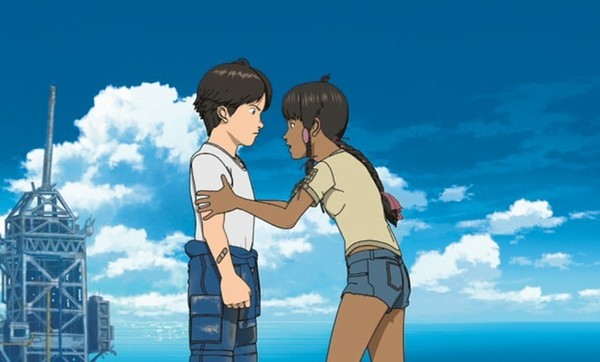 Overall:
Put simply, Freedom is an anime masterpiece – it is a work of art. It will move you, take you to places you have never imagined and make you take a long hard think about the world you live in.

Freedom has moved to heights that most anime never reach. It is an animated classic of the modern day and on Blu-Ray that shines true in so many ways. From the visual experience to the journey the series takes the viewer on, it is a series that people will look back on in years to come and remember how that one 7 part OVA series made a difference in the anime world, and it did.

The series breaks ground in it’s story-telling and it’s aesthetics. If you are looking for a series that will blow you away, Freedom is that series. I whole-heartedly recommend this series to anyone, it is just that good.