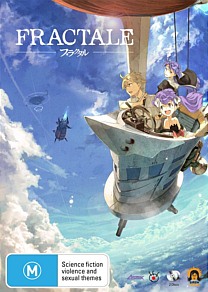 Overview: The idea of technology one day overtaking us biologically is one that has been mused about many times. Fractale is an anime that has its own thoughts on the idea. Would a digital world be a utopia or a distopia? Fractale can’t seem to make up its mind, but it manages to provide some interesting food for thought on the matter while being a lot of fun in the process. 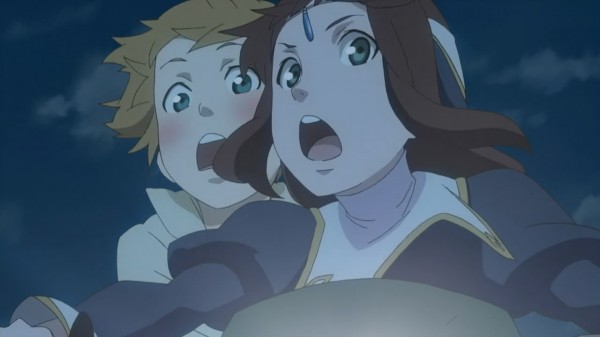 Story:
Like many series before it with a distant future setting, Fractale has a point it wants to get across. While it is easy to think that this is an anti-technology anime, it’s far from it. Fractale has a lot more on its mind and goes about conveying those thoughts with a surprising level of clarity.

The world of Fractale is varied yet incredibly distinctive. Mixing Ireland-esque country landscapes with the neon lights of a digital world, it works well to create a stark contrast between the two great extremes within Fractale’s world. This is a land of extremes and very little in between. On one side of the spectrum is the Temple who believe that the fractale system and digital way of life was the natural and most beneficial evolution for humanity and on the other you have Lost Millennium a ragtag band of terrorist rebels who long for the time before the fractale system came into being.

What makes Fractale so interesting however is that it doesn’t colour either side as right or wrong, instead it explores the validity of both sides opinions on what the world should be. It never does reach an answer, instead leaving that question hanging in the air. Maybe what’s right is what you believe in your heart?

The distance people have between them is a large focal point of Fractale. Technology puts up many walls between us, it is easy to let your mind escape into the digital realm and that fact makes the world conveyed in Fractale a disturbingly believable one.

Fractale is a short series with a curious amount of closure considering the immense scale of its cast and setting. There is no stopping for breath, there is no pit-stops along the way, Fractale is propelled by its sheer exuberance and commitment to the story it wants to tell. It knows what it wants to say and it doesn’t meander around the point. This kind of focus is definitely admirable and goes a long way to making this such a compelling series. Its pure forward momentum, something you don’t often see – it is a glorious sight to see. 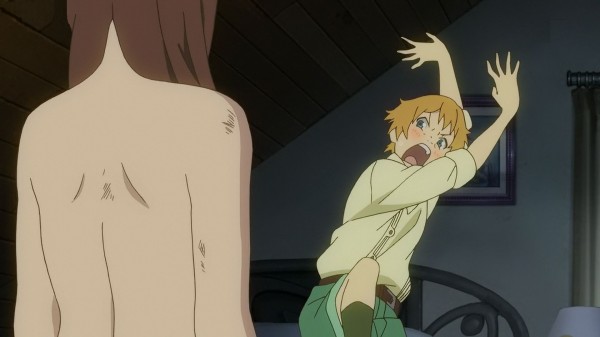 The tone of the series can be quite frenetic going from light-hearted to dead serious at the drop of a hat, it does manage to stick the landing on the tonal shifts without coming off as forced due to its commitment and exuberance for the story it’s telling because of that it sells the emotion of the plot very well.

In terms of characterization, Fractale does a decent job at developing its cast but it puts a signifcant amount more effort into its primary cast in comparison to its tertiary characters. Clain makes for a great protagonist as he is well and truly in the middle of things, perpetually unable to take one side over the other, this allows him to move between both sides and explore the positives and negatives of both conflicting side’s ideology.

Fractale is compelling anime through and through. It proposes a lot of a questions in regards to dependency upon technology but it does ultimately play it safe acknowledging the benefits of technology as well as the fallacies of it. Much like its protagonist Clain it chooses the stay in the middle of things instead of taking sides, leaving it up to the audience to make up their mind. 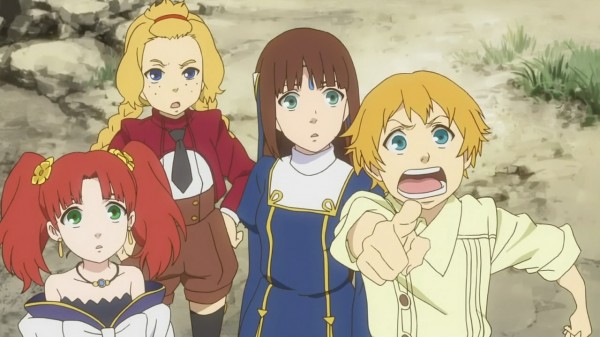 Visuals and Audio:
A-1 Pictures are not exactly known for their consistency in production, but the animation work on Fractale is utterly gorgeous. From start to end, the quality is upheld without any drops, an admirable effort indeed. The character designs are very distinctive and rather memorable in their own right. The landscapes are beautifully composed with a great deal of variation between them which keeps it fresh throughout. The animation is as fluid as can be and is easily A-1 Pictures best work to date.

Fractale did have some issues with musical timing however, there were some instances in which the backing track does not fit the scene. For example in a violent battle scene an uplifting track is playing that completely exists in conflict with the action taking place on screen. This is of course doesn’t occur too often, but it was often enough to catch my attention. The opening and ending themes for the series are nothing special, but they are decent enough.

This release from Siren Visual happened to feature an excellent English dub from Funimation, which was incredibly well done with great performances all around. It was rather bothersome that the English audio was not the default setting on this DVD however. This is of course not an issues if you prefer Japanese audio with subtitles over English dubs. 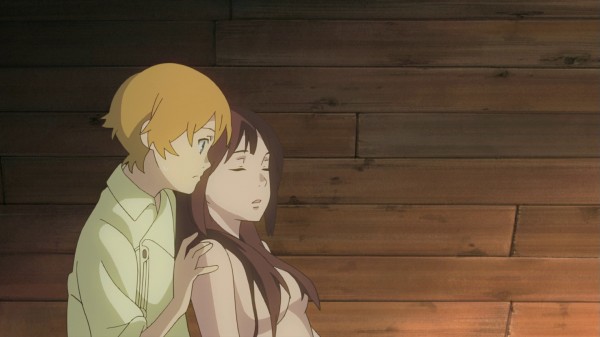 Extras:
Siren Visual have done an excellent job with this complete series release of Fractale. If you are a special features junkie there is a great amount of bonus content for you to sink your teeth into once you’ve finished watching through the series itself. Siren have included an two impressive audio commentaries on this release, the first for episode 1 and the second for episode 7. Both commentary tracks feature the cast and crew behind the English dub of the series. To wrap up what is a solid release, Siren have also included your standard trailers that you’d find in most releases. 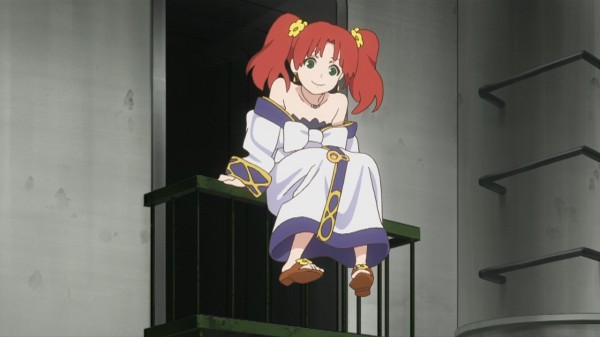 Overall:
There is a fine line between fun and silly, Fractale walks that line yet always manages to have one foot firmly planted in the fun side of the equation. Never missing a beat the only momentum Fractale has is forward. It is a compelling ride from start to finish that while proposing more questions than it cares to answer, does manage to be thought provoking through its inability to choose one way or the other. It lets you decide for yourself and in most cases that would come off as lazy writing, but in Fractale it works and it works well. It is a thoughtful series that overcomes its flaws through its energy and strong focus. There isn’t any wasted time in Fractale and it succeeds where many other series of its kind have failed, it has a sense of purpose that is given true closure despite having so little time to tell such an immense story. Fractale is special in many ways and it is definitely worth the price of admission.