FRACT OSC is a musical adventure about exploration. Players will wander around the world and solve puzzles to bring sleeping machines back to life. Along the way, they will unlock the parts required to create their own music studio.

FRACT OSC does not have a plot at all. The game is focused purely on the music and the exploration. 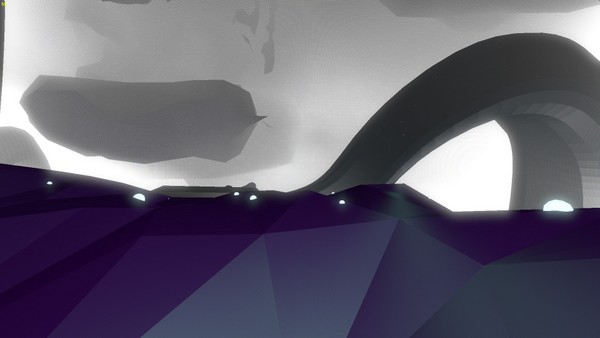 Exploration, puzzle solving, and music making are the main themes in FRACT OSC. The exploration aspect of the game kicks in immediately. Instead of a traditional menu, players are thrown right into the game when FRACT OSC is booted up. Upon wandering around the area, I discovered an array of monitors. This was the music studio. As I completed puzzles in the game, parts of the studio unlocked, becoming a fully fledge synthesizer. A portal led me to the main playable portion of the game.

FRACT OSC is split into three zones. The Lead Synthesizer, Bass Synthesizer, and the Pad Synthesizer zones represent the three unlockable sections in the studio. Each zone has are comprised of two distinct puzzle types that will become progressively harder as the game continues. Scattered in between are smaller unique puzzles that are a little more out of the way. These are discovered through exploration and will reward players with an achievement. Each zone is capped off with a final puzzle that will challenge players to recall (or screenshot) previously explored areas that provide a hint on how to solve the final puzzle. 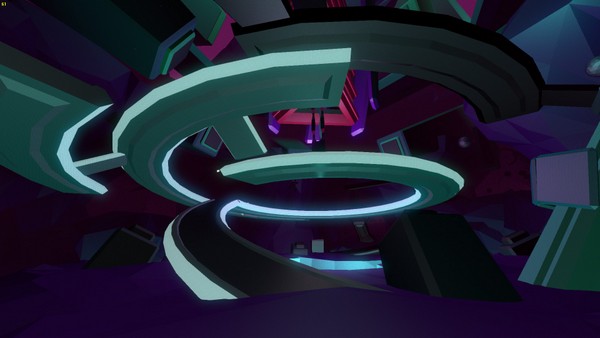 The puzzles in FRACT OSC have a nice bit of variety. Some are more traditional puzzles that could easily be found in a 2D game, while others make better use of them game’s first person perspective. However, even the 2d styled puzzles have a certain level of physicality that will have players moving around the environment. All of the puzzles will cause the music to shift and react, creating a wonderful and trippy effect. My biggest complaint with the puzzles is that the basic puzzles are the same two puzzles, with simply a higher level of difficulty. I would have appreciated a little more variety in the levels.

The exploration aspect of FRACT OSC is a bit of a mixed bag. Exploring for the special achievement puzzles often means wandering around a good bit. The path to the basic puzzles that will unlock studio parts tends to be a straight forward affair. 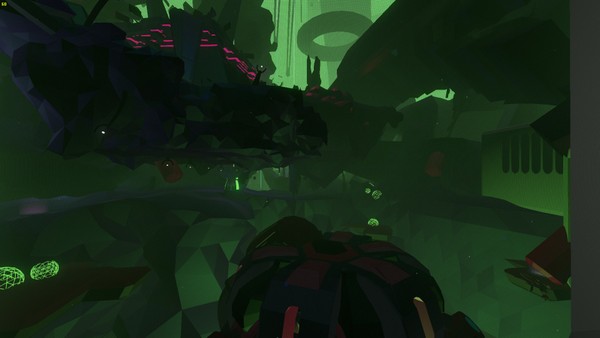 FRACT OSC’s controls are pretty standard FPS fare, though noticeably absent is the ability to jump. Pressing right click will lock the view and allow players to interact with the world using a mouse cursor and the left click. The game’s UI is set up to work well with this system, allowing for gamers to focus more on puzzle solving and less on getting minute movement down to interact with the game. This system allows for a perfect balance between mouse based puzzle solving and maintaining the first person feel of the game.

The synthesizer studio is a surprisingly easy to use music creator that allows players to create their own tracks in the theme of the game. The first puzzle in each zone will unlock the specific music pad in the studio. As more puzzles are completed in the main game, new ways to change the music such as volume and gravity are unlocked in the studio. The tracks can be exported and shared with friends. This is definitely a fun addition that provides a little extra value to FRACT OSC. 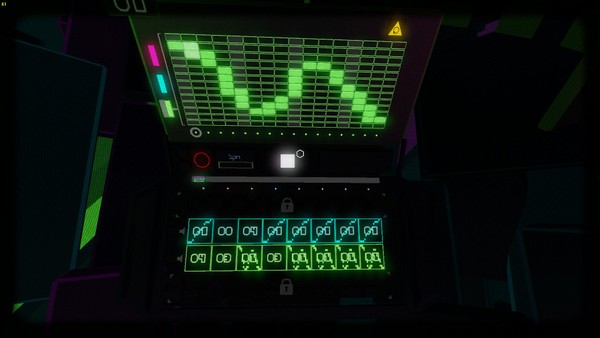 According to the developers, the visuals in FRACT OSC are inspired by the Tron series. The game is full of dark muted colours interspersed with bright fluorescent splashes of colour. The resulting effect is a very sci-fi retro look that really suits the synthesized music. There are some visual indicators which provide some hints on where players to head off next. They are a bit of a mixed bag, though. Some, like appearing pathways, are extremely obvious. Others, like posts sticking out of the ground, can be too few or too obscure to be helpful. 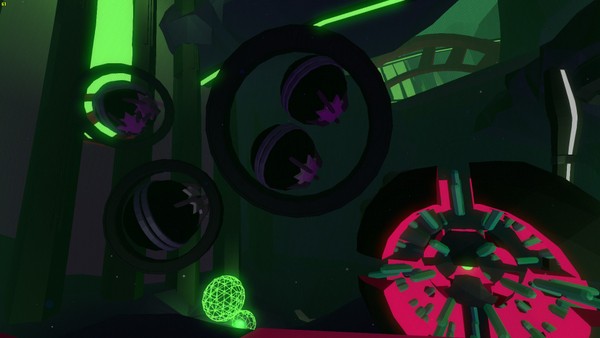 What makes FRACT OSC such an impressive experience is the way the game’s music works its way into everything in the game. Visual elements in the puzzles pulse and flash with the music. Attempting to solve a puzzle will subtly change the game, while solving more and more puzzles in a zone will cause the music to go from an eerie silence to the entire music track in its full glory. The soundtrack by Mogi Grumbles is an absolute pleasure to listen to, and the fact it is integrated so well in the game is an added bonus. The only strange thing about the game is that there is no way to control the volume of the game in the menu. There are options for video, game controls, but no options for sound. 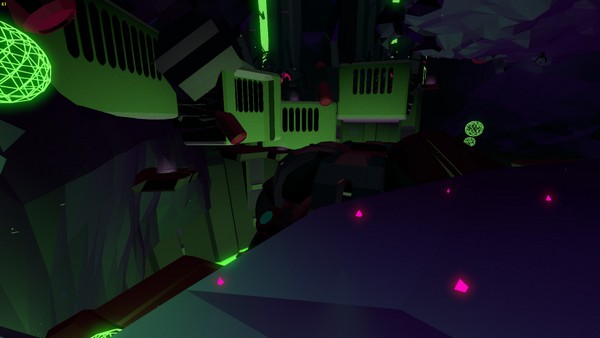 FRACT OSC is a great package. There is little wonder why the developers made out like a bandit in a train robbery at many indie game festival award shows. The developers did an absolutely fantastic job mixing the music into the game. There are some small improvements that could be made, as I would have liked to see more variety in the puzzles. However, FRACT OSC easily earns its place as a must-experience indie game.