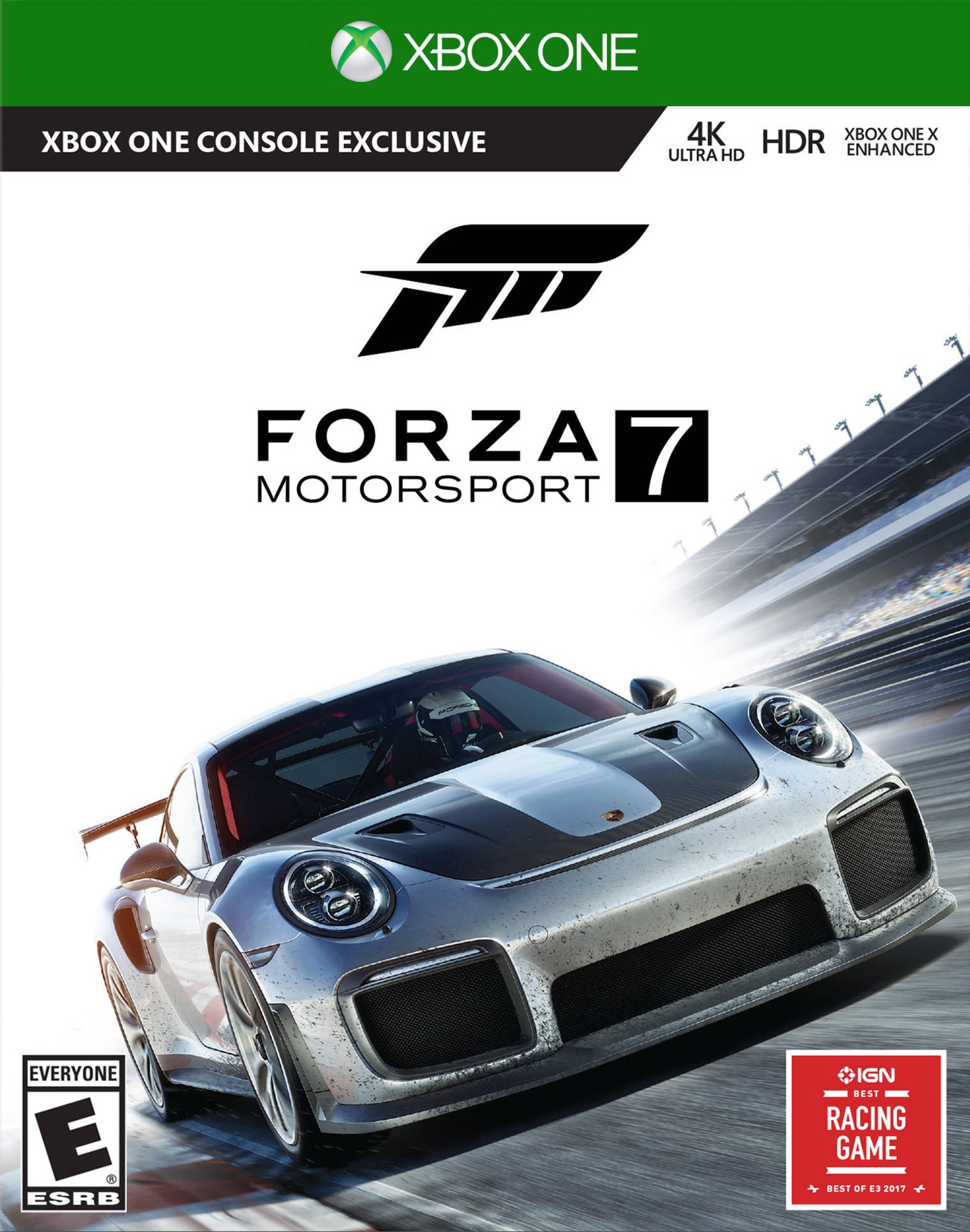 Through the years many racing games have vied for the attention of various fans and many have aimed at either targeting the arcade racing fan while others aim for the realistic group. A number of entries have managed to find a satisfying balance but few have managed to do so as well as the Forza series has. With the Forza Horizon branch offering open world exploration and plenty of unique events, the classic Forza Motorsport continues to focus on track racing and with Forza Motorsport 7 this experience is one that racing fans of all kinds can embrace.

In many ways Forza Motorsport 7 offers one of the most varied and refined driving systems that players can look for in games. Not only are there enough assists and difficulty settings to make the game as easy or hard as you wish but the wide array of vehicle types all handle uniquely. With numerous tracks spread across the globe ranging from simple to complex in design, players will have a vast array of elements to choose from whenever they decide to race. This includes race modes such as drag racing, drifting, and more accompanying the standard circuit racing and the, mostly introductory, element of the Forza Driver’s Cup career mode. 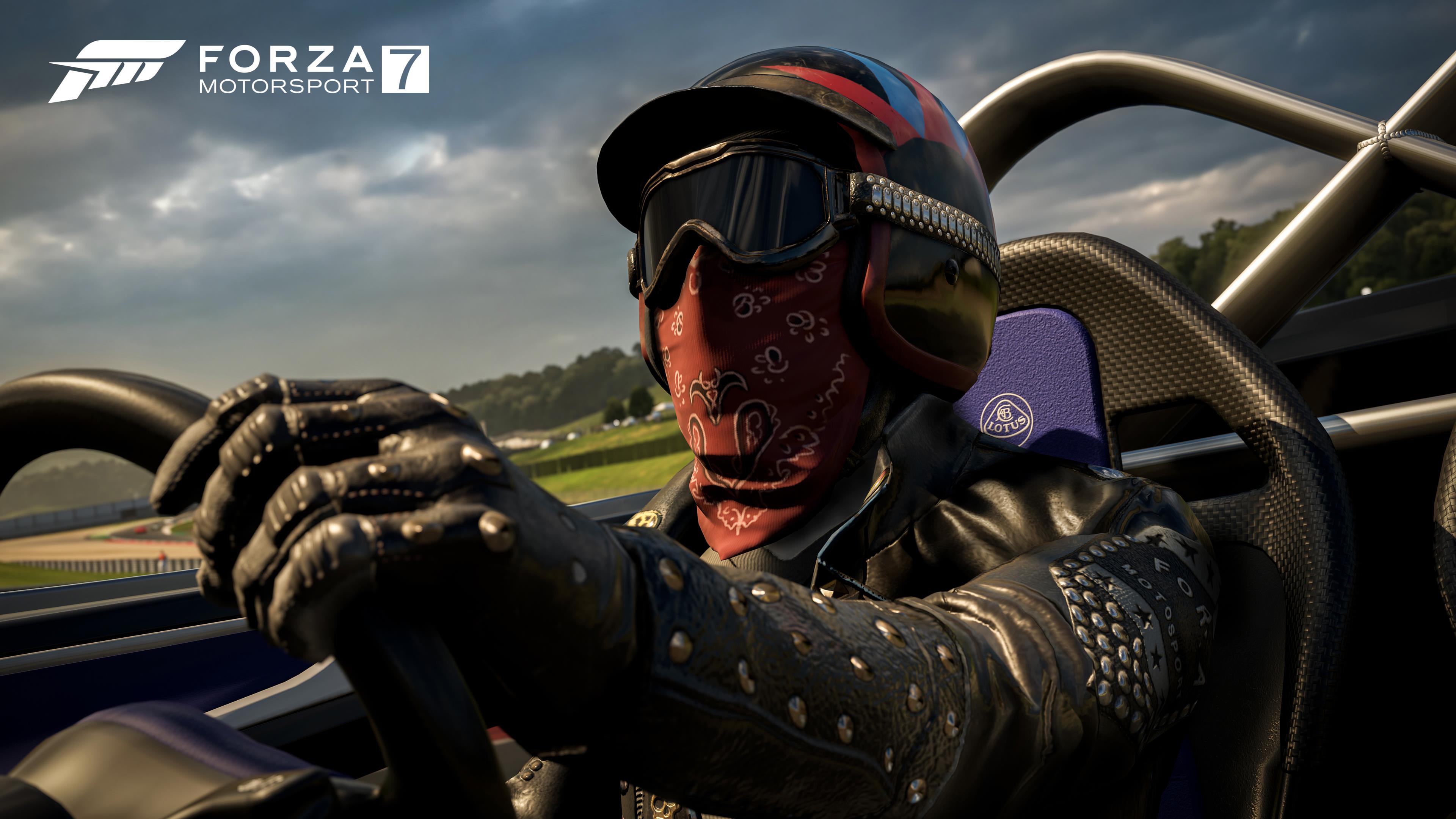 This mode serves as an introduction to the various race types, including some fun gimmick events and one on one races, as well as the way that weather can play a role in the way that cars handle since a newly refined weather mechanic will also play a role in how races can play out. Players even have the option of modifying most elements of their car in an attempt to tune it to either fit weather conditions or to fit their racing style, though it is worth noting that you can simply go with pre-fit models if you simply want to enjoy a racing game without delving into gearing, tire pressure, alignment, etc.

Alongside this comes with a handy rewind feature that can allow players to try taking on a turn in a different fashion. Of course this remains a simple option that will keep new players happy while more hardcore fans of the racing genre can simply ignore this option. That being said, with the way the Drivatars can often end up racing incredibly aggressive this feature is far more useful than one would think. It is worth noting that if you are concerned about these features playing into the game’s online mode then you shouldn’t worry as these rewinds are disabled and various matchmaking features help keep things feeling fair. 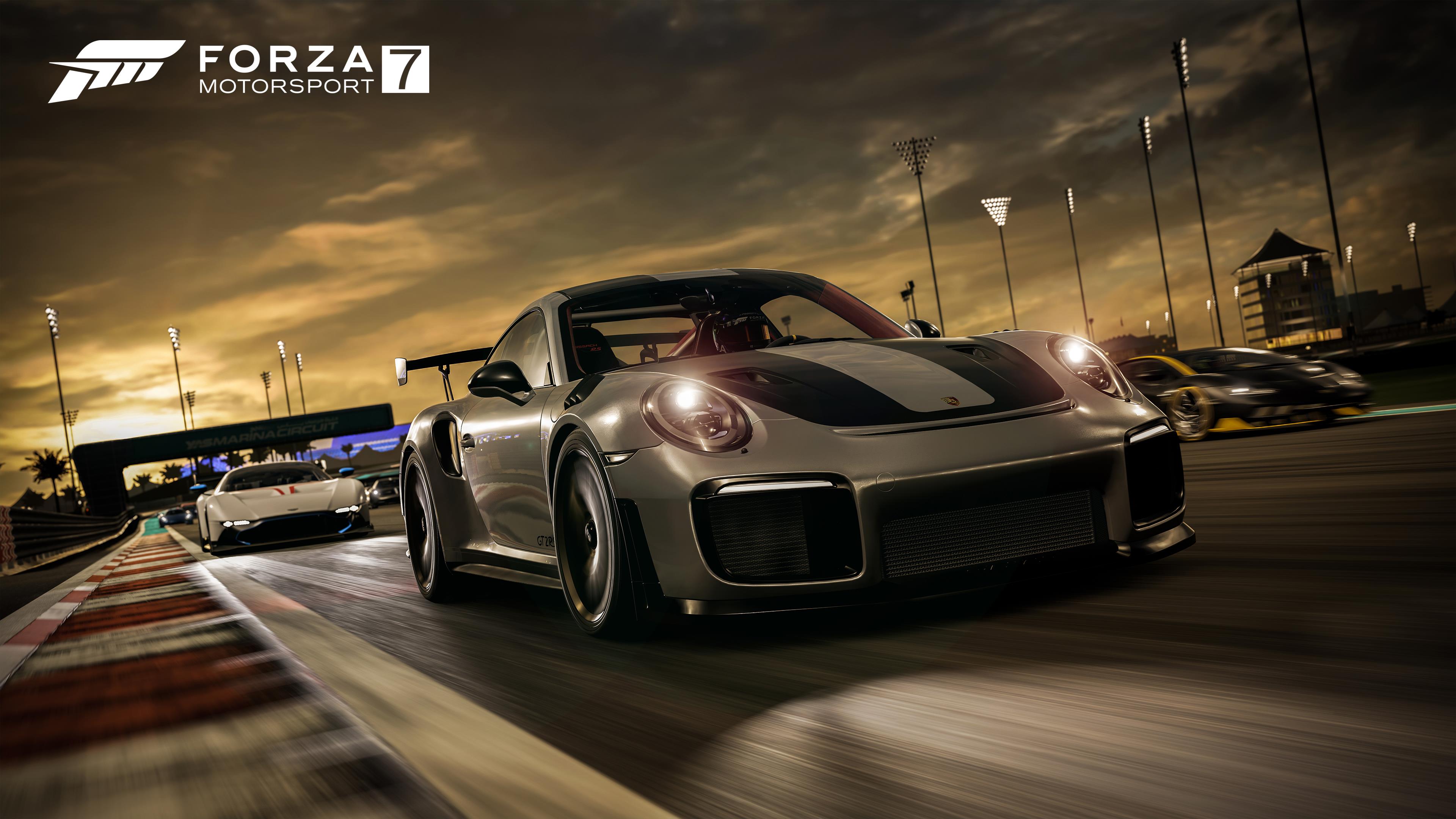 One of Forza Motorsport’s biggest selling points happens to be the astonishing array of vehicles that players can take to the track and Forza Motorsport 7 has gone above and beyond in this regard. While a few brands such as Toyota appear absent this time around outside of a few cars, they have been replaced with a number of other vehicles including those from the Porsche assembly line. Thanks to the wide array of manufacturers Turn 10 is in talks with the developer has not only managed to gather over seven hundred different cars for players to drive with, but the variety on display here will leave many motorheads salivating.

There are of course vehicles that one would expect with high speed racing games but there are so many different types of cars, many of which you would never expect since a few of them happen to be really outside of the box picks, that you can partake in any type of race that you feel like. It is worth noting that some of these hundreds of cars are pre-customized doubles called “Forza Edition” vehicles but even with these doubled up cars there is so much to see and collect here that you’ll be glad that the game allows you to take and swap between vehicles before a race starts while you wait for the track to load in during some unfortunately long load times. 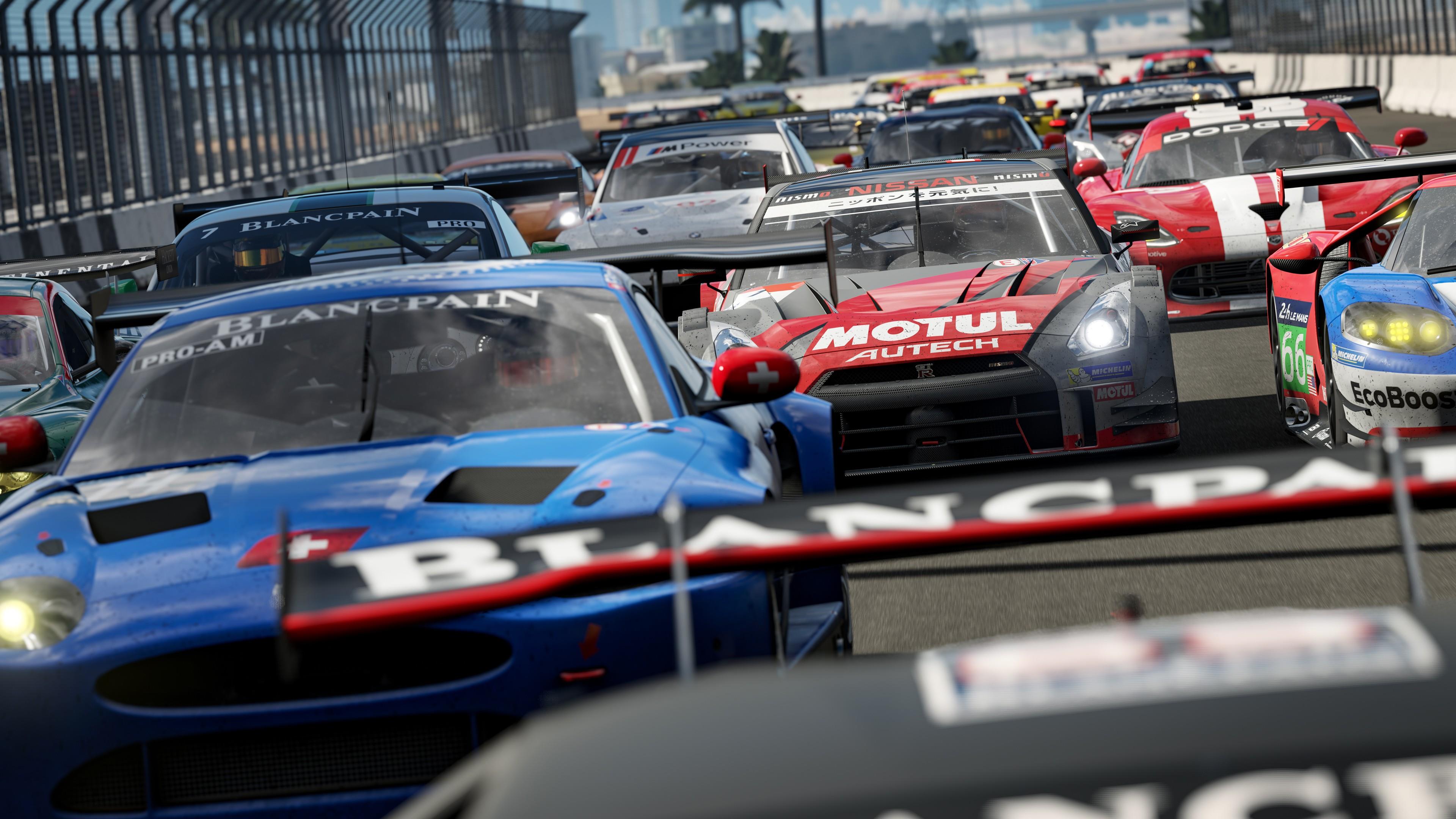 It is worth noting that thanks to the way that credits are handled and the new “Car Collector” tiers that players may feel a bit limited at times. This is thanks to the fact that cars are now arranged in tiers that require players to level up their collection of vehicles to unlock. This isn’t too much of an issue as it is incredibly easy to gather enough vehicles to rank yourself up to a higher tier but this also means you may have some favorite cars locked away despite having enough credits to buy it.

These credits also come into play when it comes with the loot box system that has been implemented into Forza Motorsport 7. Loot boxes are priced at different tiers and will provide the player with a wide variety of items ranging from cars, driver outfits, mod cards, and more. These driver outfits are fairly simple in form and do nothing to the game besides give players a chance to customize how their driver looks in the car or standing on the winner’s platform at the end of a racing series while mods play a bigger role. These mods reward players for completing certain tasks in a race or racing without various assists with increased credit gain or other bonuses. 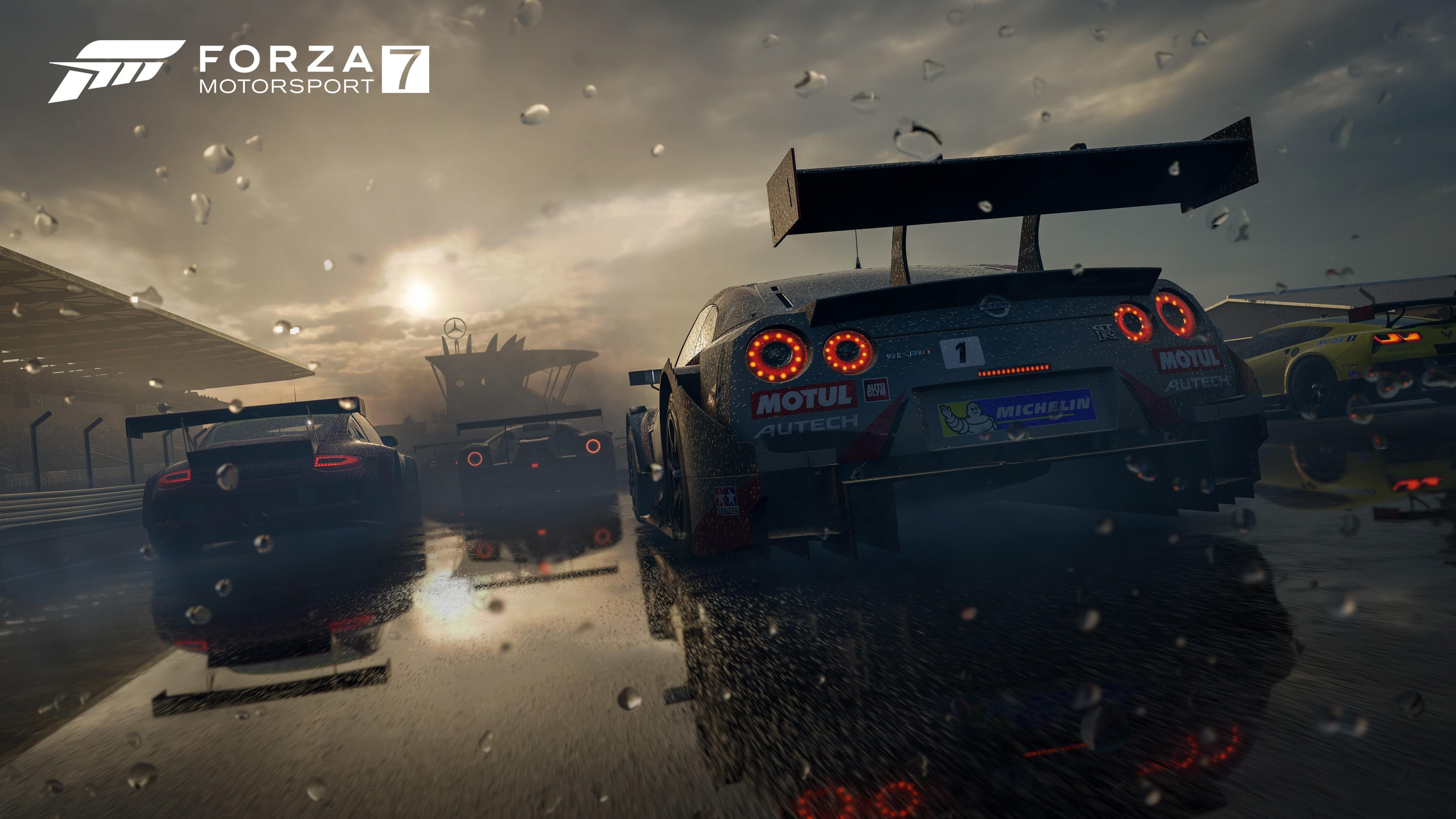 While this can be useful in the long run once you’ve purchased the cars you like outright, these loot boxes do tend to be failures more often than not since the cars that they drop are often far lower in value than the actual box, leaving players dissatisfied if they spend plenty of credits and get nothing useful in return. This gambling element really doesn’t damage the game as a whole but it does disappoint more often than not.

With such a massive amount of cars available in the garage players will be delighted to hear that Turn 10 has not cut any corners when it comes to making sure nearly every element of these cars looks as authentic as possible. When racing using the interior view players will even see how various smaller pieces of the car will begin to vibrate a bit when racing at high speeds. In fact, thanks to the previously mentioned dynamic weather system players will see a race beginning with overcast skies only for it to start pouring rain a few laps into a race, where the wipers will turn on to help clear your vision from the interior view or collect on an outside camera. There is even something of a day and night cycle where it is possible for a race to begin in darkness and end once the sun has risen. It is worth noting there is even a “dash” cam view that moves the camera up a bit further while still keeping the player’s view inside of the car only removing the wheel and other gauges from view. 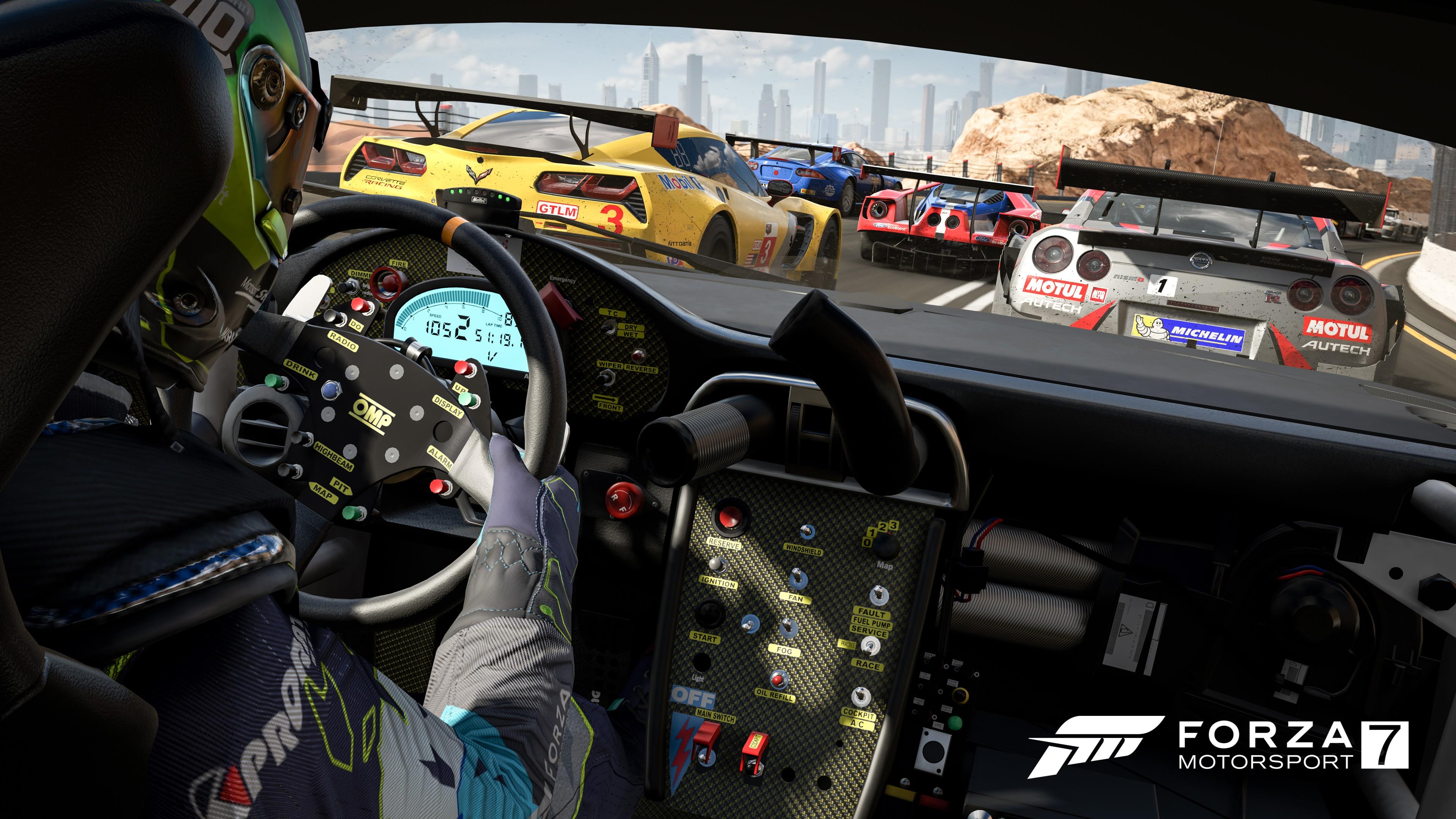 The same attention to detail comes in the form of how amazing each of these cars sound in this game. While some of the smaller elements of a car may not be handled perfectly here, as the aforementioned weather affects don’t really make the vehicle sound any different, players will be pleased with the growl of the engines and overall feeling of each vehicle.

Forza Motorsport 7 continues to demonstrate just how great of a handle Turn 10 has on the racing genre. With hundreds of cars replicated in beautiful fashion this game is a treat for both the eyes and the ears for car lovers. The amount of variety on display here, both in cars and race tracks, will leave players with something new to experience for a very long time especially once you begin to take your skills online. Sure there are some small nagging issues and the loot boxes are a troubling addition but Forza Motorsport 7 is a must have for any fan of the racing genre, whether they are a hardcore player or even someone who simply enjoys racing for the fun of it.

Forza Motorsport 7 offers a massive amount of expertly designed content that will keep both new and veteran players entertained for countless hours while presenting them with gorgeous visuals and more cars to race than ever before.
9