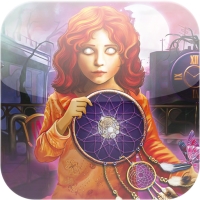 Game Factory Interactive switches gears with Foreign Dreams, this time opting for a serious and moody hidden object game. Foreign Dreams puts players in the shoes of a young woman who can enter people’s dreams to ease their difficulties. Players will have to enter your friend Victor’s dreams to find clues for the source of Victor’s troubles. Along the way players will have to conquer some devious puzzles and hunt down hard to find objects hidden in Victor’s dream land. Hidden object games are one of the most popular sub-genres in casual games. Does Foreign Dreams have what it takes to stand out from the crowd and justify its $3.49 price tag? 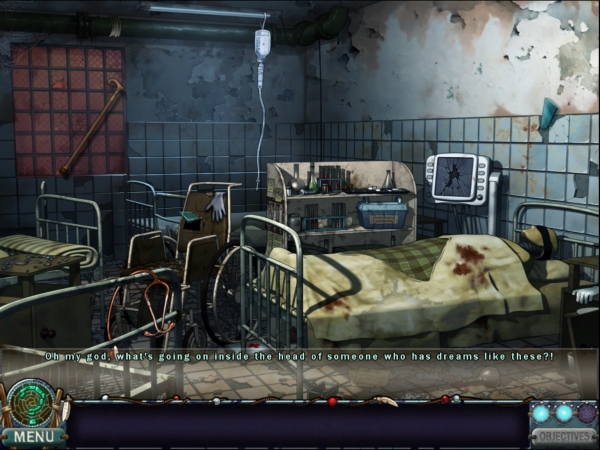 Foreign Dreams follows the tale of Victor who suffers from terrifying nightmares. His desperation brings him to his female friend who is able to enter dreams. With the help of a special amulet, she begins to sort through his nightmares to help Victor find the root of his troubles and free him from his dreams. I found the plot line started out strong, it was riveting and begged to be played. But once the game built to a crescendo, the plot wrapped up in record time with an ending that left me feeling let down and cheated. The ending feels forced and is a disappointing end to a great story. 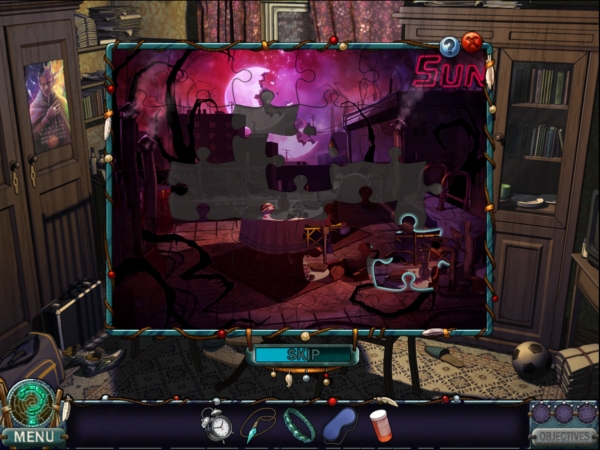 There are two difficulty modes available, easy mode provides simpler mini-games with a short cool down timer for hints while difficult mode raises the difficulty on mini-games and lengthens the hint cool down timer. Even with these two modes, I found Foreign Dreams to be an extremely short game. Compounding the problem is the fact once you’re done the story, you’re done the game. Second play through will have you hunting down for the same items, the only change being the puzzles if you choose to change the difficulty. Overall, Foreign Dreams manages to deliver rather average gameplay experience. For the exception of the well-executed puzzle sections of the game, Foreign Dreams is a rather generic hidden object game that is hindered by its short length. 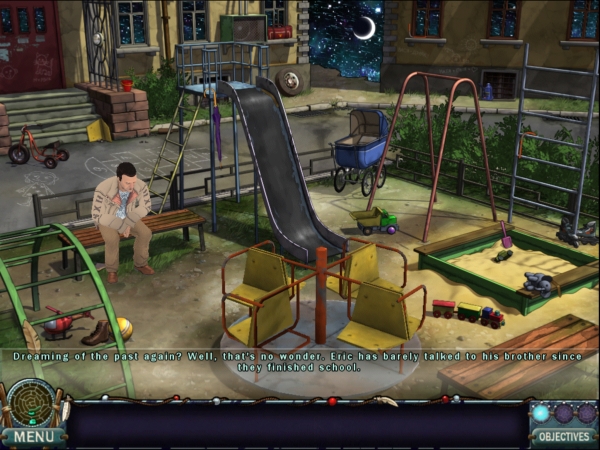 Foreign Dreams is a beautiful game utilizing a cell shaded style. This art style makes it slightly easier to pick out the hidden objects in the game due to the slightly lower level of details in individual objects. However, I found this trade off to be worth it as the game looks fantastic. The levels are designed to be dream-like and at times down right creepy. I enjoyed the fact that the dream worlds feel alive; there is movement in the hidden object scenes, instead of being the traditional static affair.  Foreign Dreams is a visual pleasure that no one should miss.

The sound effects for Foreign Dreams are solid. It suits the game and there’s enough variety to avoid becoming repetitive. Foreign Dreams has an amazing soundtrack. Too bad half the time the music did not play. The music is moody and adds to the surreal dream state. The music is an absolute pleasure to listen to. The problem is most of the time the music failed to play. Out of all the levels in the game, three levels managed to play music, one started playing music mid game, the other two managed to play music from the start, although one of those levels stopped playing music a few minutes into the game. Top marks for Foreign Dreams’ audio… when it works. 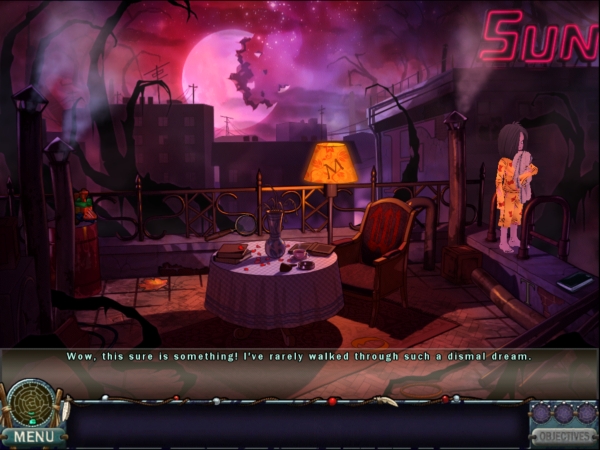 Foreign Dreams is a mixed bag, demonstrating some really strong point such as the visuals and a strong soundtrack, but is hindered by a disappointing ending, short game play, and a serious glitch preventing the music from playing. The hidden object gameplay is generic, though the puzzles breaking up the game play are a lot of fun and a few are incredibly challenging. For the money, Foreign Dreams is simply too short to justify a purchase. If the game was $0.99, then I would be more inclined to suggest purchasing Foreign Dreams.  But unless you are a huge hidden object fan with money just begging to be spent, I would advise you to pick up one of Game Factory Interactive’s other hidden object titles instead of Foreign Dreams.