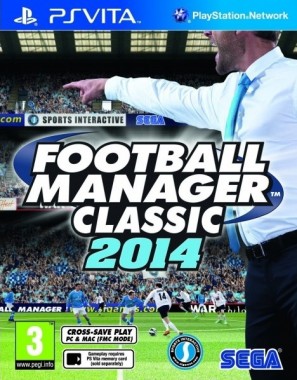 Another Football Manager game, another year of gamers’ lives wasted away. Sports Interactive are not helping the industry in battling the argument that video games addiction is real and a detriment to our health! Continuing their M.O. of presenting the most detailed, extensive and realistic football simulation suite ever, the developer released Football Manager 2014 for PC/Mac/Linux, Football Manager Handheld 2014 for iOS and Android and Football Manager Classic 2014 for the PS Vita. In reviewing the latter, I made it out with my pre-established sleeping patterns intact, though – much like the game – they were not optimal to begin with… 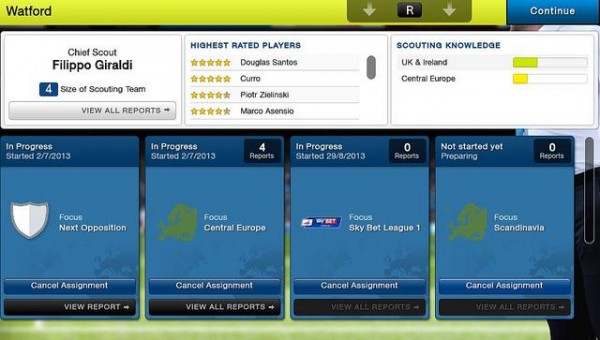 Football Manager Classic 2014 is the mode of the same name right in the palms of your hands, and is about as intricate as it gets. Gamers can engage in a New Career or a bunch of Challenges, such as managing a team to security in the standings from a relegation battle mid-way through a season. There are seven of these challenges in total, all placing the player in uniquely different situations and dire straits, stemming from financial reports, win/loss records, unhappy management and more. Common throughout, the U.I. is decidedly busy and the controls not taking full advantage of the hardware’s physical features. Opting to utilise touch as the main means of navigation, Sports Interactive neglected to make efficient and effective use of the PS Vita’s tactile face buttons and D-Pad, ultimately creating an unnecessarily cumbersome and improficient ordeal. If you can get past the annoyance of pressing on the unintended option from the get-go, you will have chosen nations and leagues to play with. Of course, the fewer players and factors included in a career, the fewer calculations need to be made and the faster the Estimated Game Speed becomes, which is signified at the bottom of the screen. 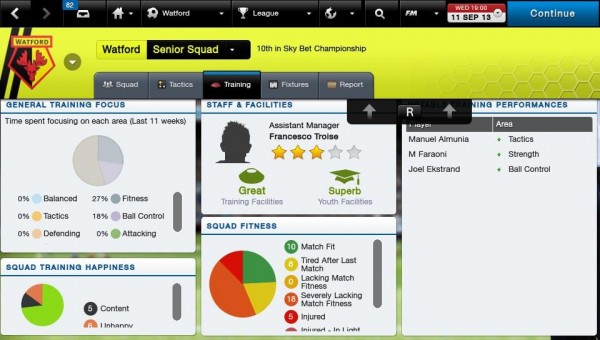 Next you’ll have to set-up a Manager’s Profile, in which deciding your persona’s past experiences as an on-field player determines how well known you are and therefore how hard you might have to work to earn the respect of your squad, its fans and media alike. There are pros and cons when looking at choosing a team, from financial support to player morale and beyond. From the management screen, gamers have every minute piece of data at their disposal, able to analyse at an insanely OCD-level. Events pass on the calendar, with important notices filling the Home screen. Tapping “Continue” in the top right corner quickly shuffles through each item, some of which require no input or response. Others need addressing, and the game will not move on until you do. Questions from the media, answering your superiors and figuring out what to do with expiring contracts are among some of the issues presented. When nearing a transfer window deadline, the player will be reminded quite frequently of the fact. The ‘Menu Bar’ pops up at the press of the right shoulder button, wherein you can search for players, looking at all manner of statistics from position, age and nationality to contract fee, value, attributes and more. 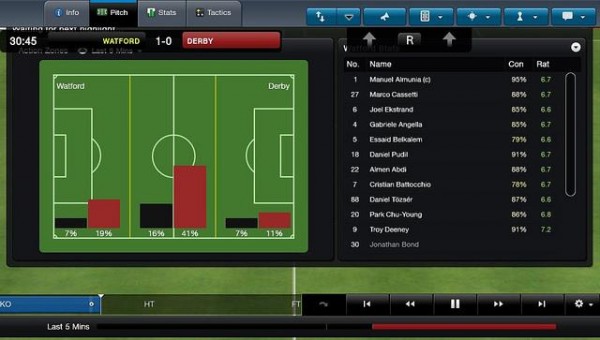 Once an actual match-day comes around, players will get to coach in real-time, or pause the action to make imperative decisions. The speed of both the highlights and in-between can be adjusted from a turtle-like crawl to a significantly quick run-through, allowing you to define a comfortable pace. Pressing “X” to pause and resume play in the 3D Match Engine is one of the few instances where the face buttons are employed. During, tactics can be altered and substitutions made to adapt to the ongoing proceedings and flow of the match. Vital updates, such as injury reports, reminders of possession percentages (which, regardless of this, are consistently displayed at the bottom of the screen and even broken zonally) and weakening player conditions help guide and dictate your on-the-fly actions. Among the listed decision-making abilities, players can also change up the team’s attacking and defensive mentality, playing style and fluidity, as well as player roles. It’s hard to imagine what additions and mechanics could be made to the current suite for future editions… at least on handheld/portable platforms, the focus should be on tightening up the interface and speeding up the overall experience first. 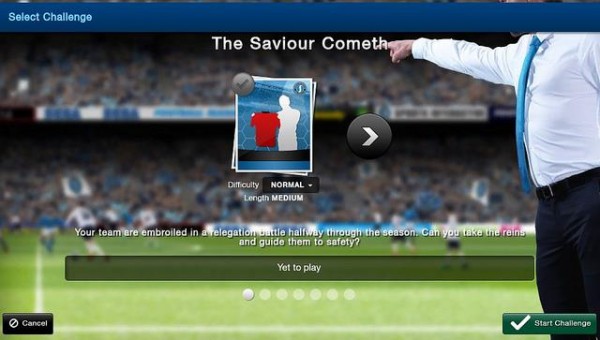 As referenced, the interface of Football Manager Classic 2014 can be quite cluttered, and while the text may not be tiny or unreadable, the utter volume of information being presented on a comparatively (to the average monitor) smaller screen such as the PS Vita’s spells a disappointingly discouraging affair. Having the overlay brought up with “R” as seen in some of the screenshots is a quick-fix method of hiding away often non-essential data for newbies in particular, but when in use, acts to further litter the screen and proves an overall inefficient U.I. element. The game’s 3D Match Engine expectedly loses some fidelity and visual quality in the port, but is feature-complete which is the important thing; slight lag may be encountered on replays and in other taxing moments during the simulation. Audio-wise, there is very little to speak of in Football Manager Classic 2014; there’s no music to be found, even in the main menu, and no aural feedback on button taps/selections. The only area in which any sound accompanies the visuals is during matches, with obligatory crowd noises, but still, not much else. 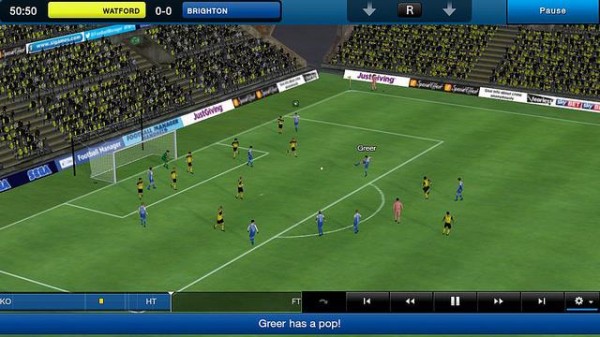 Sports Interactive’s Football Manager proves to be one of the most addictive, life-sapping series with each improved annual iteration. However, Football Manager Classic 2014 for the PS Vita is a totally frustrating experience. The touch-screen U.I. is extremely unintuitive, finicky and imprecise; the smaller screen means that the already immense amount of text present must be minimized to even fit in the space, resulting in lines becoming hard to read and desired options difficult to accurately select. It is impressive that Sports Interactive were able to carry over all the content found in Football Manager 2014‘s ‘Classic Mode’, although at the sacrifice of tolerable loading screens/times, which just adds to the increasing aggravation.

Cross-save functionality with Football Manager 2014 on the PC/Mac is a redeeming feature, and for those who play mostly on their desktop and intended to get Football Manager Classic 2014 simply for short, on-the-go sessions (like on the train), then it may be possible to overlook its negatives, especially when considering those customers are the most hardcore segment of the market who generally invest hundreds of hours into the each yearly release already. And let’s face it, there won’t be sheer droves of newcomers taking to the series, and if there are, I wish them good luck on the wholly overwhelming simulation. Because, respectfully, as a standalone title and purely portable experience, I’m not sure Football Manager Classic 2014 is entirely worth it.