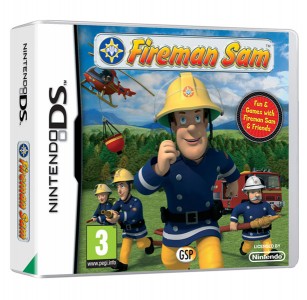 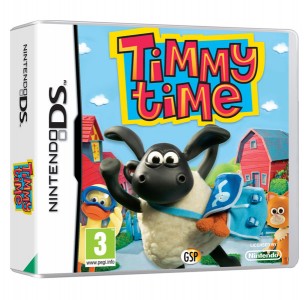 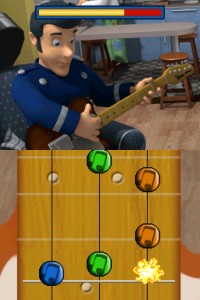 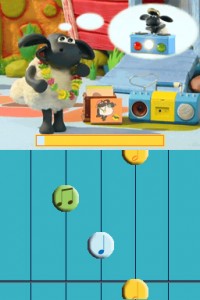 Overview:
Although the DS’s touch screen has meant that, over the years, the system’s been exploited for all manner of mini-game compilations, how many of these were made for much younger kids? It’s an audience that doesn’t always get the attention it deserves from the games industry, either offering them poorly thought-out software made during someone or other’s downtime, or giving them nothing of interest, hence forcing them to play games designed for slightly older players. Who knows, perhaps the minimum PEGI rating of ages 3 and up could be seen as restrictive. Anyhow, Avanquest Software aren’t ignoring this Cbeebies-watching bunch, with these two games based on popular kids TV shows.

Gameplay:
There’s no story to talk of, just a grouping of short games under each of the shows’ aesthetic. The games are over a selection of different categories and aimed to develop thinking and movement skills by getting the younger player to consider the problem or task at hand and use the stylus as need to tap or move the necessary object or person. The categories are: Observation games, Dexterity/Action games, Puzzle games, Memory games, Musical games (and Logic games, an extra category Fireman Sam has but Timmy Time sees fit to do without).

These categories encompass mini-games which have the player doing some typical tasks such as sliding puzzles, jigsaws, whack-a-mole type games, spot the difference, memory match-ups and Guitar Hero-like scrolling panels to tap in time to the music with the stylus. Timmy Time has 14 games whereas Fireman Sam has 15 (the only game Fireman Sam has that Timmy Time doesn’t is a game called ‘Norman calculates’, which is a sudoku variant for kids). 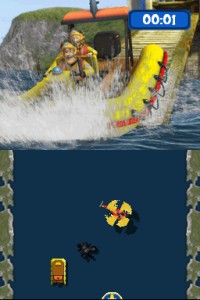 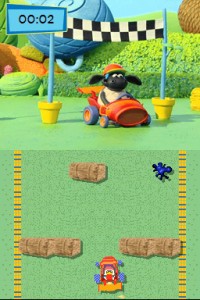 There are three different difficultly settings for each game throughout both titles – easy, medium and hard. For the most part, these have been well matched to the typical person who would be playing the game, as the easiest difficulty setting is always suitable. The settings can occasionally fall foul (only on a select few games, might I add, like this sudoku one which provides a full blown sudoku puzzle at the hardest setting), when at the hardest difficulty, where they can be a bit too challenging for a small child.

The difficulty ratings link in with the incentives for success to encourage kids along the way. Points-based scores are given at the end of each game, with a higher difficulty resulting in more points if you’re successful. Both games then have a section to check up on these scores, and if the player has managed to complete the mini-game, they get any number of 1-3 trophies accordingly. Completing the first difficulty gets 1, the medium difficulty gets 2 and the hardest difficulty gets 3 trophies. This give the games a hint of replay value for those children who would like to go back and obtain all the trophies. 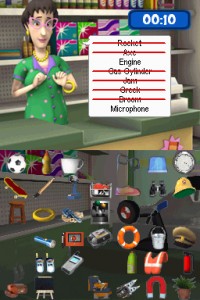 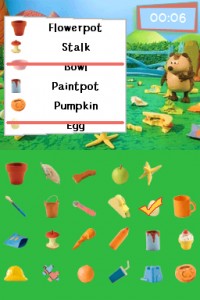 Visuals & Audio:
Both games are more or less identical except from the audio and visual element. The puzzles have been changed to include static backdrops from the respective cartoon series and characters are used who will be familiar to those who watch the cartoons. The menus are simple and well-designed, with big panels which make the game easier to negotiate, and full written explanation before each new game to ensure comprehension. The theme tunes are carried over from the shows, as well as voice snippets and sound effects where applicable, although the repetitive nature of these (they start over from the beginning every time you enter the game menu) mean they could begin to grate on even the most committed of Fireman Sam/ Shaun the Sheep/ Timmy Time fans. Also, the sound quality of these jingles coming out of the small DS speakers isn’t fantastic. Fortunately, there are sound options to decrease the volume of the music and sound effects separately, and of course the option of turning down or muting the console manually with the volume controls. 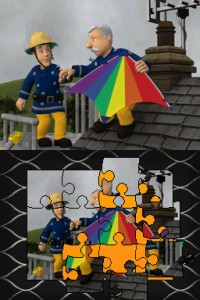 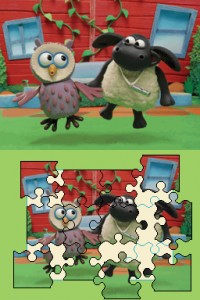 Overall:
Pre-school games and games for kids in the early years of their education aren’t all that common. Usually the kids are tempted to play what their siblings are playing, but these aren’t always suitable, so one of the qualities you look for in a game for young kids is how well matched it is to their abilities. Are these two suited? Mostly, and certainly on the lower difficulty settings they are. The hardest difficulty could prove too challenging on a number of the games though.

But that’s not where the issue lies. My issue with the game is that it has not got enough content. Even with a bit of replaying, each of the two is unlikely to last small children any more than an hour before they lose interest, which considering the price of a new game (even with these two’s reduced price point), makes it a rather expensive source of fun. What it has is good, let it be said. Games that will stimulate their mind by getting them to remember sequences, identify differences or develop their reflexes. Then there’s the layout of the menus, which is perfect and fit for purpose. It’s just matter of whether there’s something a bit more interesting, that would last them longer, to spend your money on.