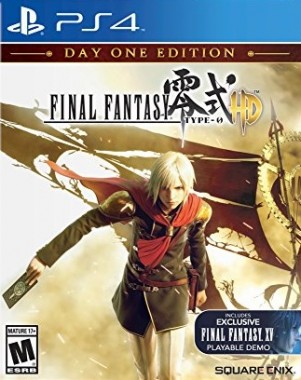 Overview
There is a very clear lack of RPGs on the next generation consoles. Sure, Kingdom Hearts 3 and Final Fantasy XV have been announced, but both are still awaiting a solid date before fans of the genre can truly get comfortable. To fill the gap, Square Enix have made a rather clever move of porting over the once Eastern exclusive Final Fantasy Type-0 to the Playstation 4 and Xbox One, with an upgrade to the visuals and overall polish. While it may seem like a PSP port doesn’t have a lot to offer, what we are given here attempts to be just enough to hold gamers over until more content is found on consoles. How does Type-0 hold up? Let’s find out.

Story
Within minutes of playing Final Fantasy Type-0, the player is whisked into a sad and somber tale, stating the cold and heartless nature of war. Players take control of Class Zero, who are tied up in a battle against an empire as they fight to defend the Crystal States of Orience that are currently under a vicious attack. There are also a good amount of sub-plots intertwined throughout this adventure, which are relevant due to the many characters within the game. 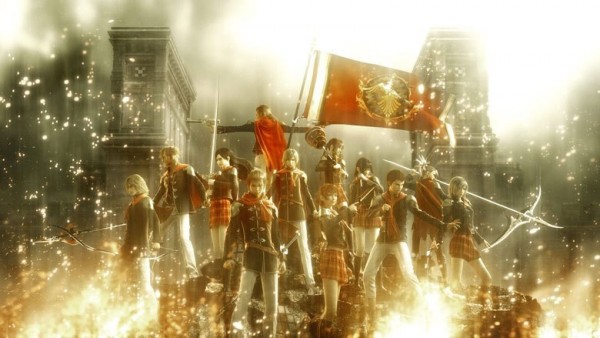 Ace is what we could call a cover protagonist of sorts, even though this is an ensemble cast. As usual within most JRPGs, Ace comes with a bit of a stubborn side, but also possesses a very wise soul and is able to make decisions quickly. Nine is a bit more of a renegade on the team, while Seven is a girl who plays a peacemaker of sorts with her gentle personality. As you can tell by the names alone, this band of heroes are modeled after a deck of cards – each serving a valuable role within their faction. The narrative never provides too much of a dull moment, as the pacing of the story is excellent and we truly get time to get to know fourteen characters who are all rather relate-able in a rich setting that tells a separate story on its own. I know a lot of people compare Final Fantasy titles to each other and with the recent controversy over XIII’s over-saturation, many are just going to be wanting something fulfilling. Luckily for those who either loved or hated Lightning, you are sure to find a whole new experience that is its own game, rather than a title that feels like a forced spin-off.

Gameplay
This is where Type-0 shines the brightest. While the overall battle system is not quite as turn-based (or traditional) as I would have liked, the action we get to experience makes it a ton of fun overall. What could best be described as being related to its cousin, Crisis Core, this title puts together a fluid system that sees commands mapped out to specific buttons, allowing the player to cast or cure in a quick manner to put away a foe. Magic is fully upgradable over time, with fire, ice, and thunder being the main spells. There are of course a decent amount of weapons to utilize with the fourteen characters that can be set up to switch in an instant as well, but it isn’t the lot that makes it interesting, but instead the execution. 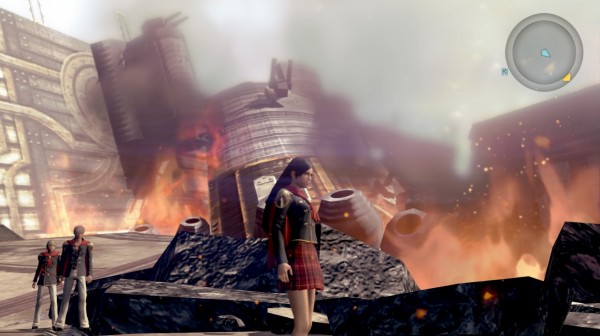 On the battlefield, the clever targeting mechanic takes hold quickly, allowing for instant tracking of any foe in the way, while you go to work with your attacks. Shaking it up even more are your own party, who can be switched to at any moment’s notice, and can launch out their own barrage. This technique of switching is very useful when magic runs a bit low or a character is getting low on HP, as you always have someone to the rescue in just one slap of a button. I know this is a PSP port and yeah, these mechanics were created for portables, but the combat is ridiculously addictive and one of the finest aspects of the entire product due to the quick pace. Summons also come with greater satisfaction as you can take control of the beast, but at the cost of a party member’s life. I know, some like the old leveling system of the classics, but this on-the-go tapping feels new and exciting – despite the fact that we were provided with something very similar for Final Fantasy XIII. Timing is everything and once you get down the rhythm, the game just takes off and even the smallest of fights seem much more exciting. 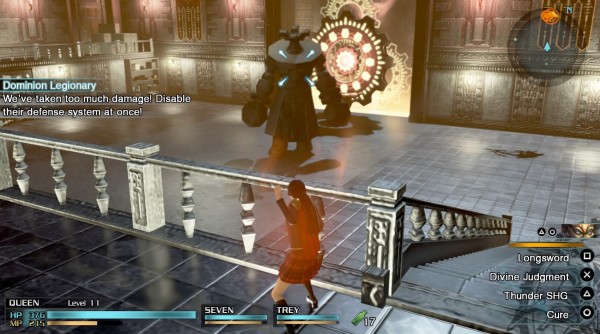 Exploration is something that the entire franchise has lacked as a whole and it isn’t that strong here, but improved in some areas. There are a lot of ways to gain the lore from the world outside of the few NPCs players will encounter, such as the in-game compendium that offers a lot of reading and backstory for those needing to learn a bit more. To be honest, I would honestly say that the reading is a must to comprehend the story as it is. The biggest problem however with movement comes with the sloppy camera angles. Running from point A to point B is easy enough, but being attacked from enemies and having to turn the camera in such a bizarre manner can be a bit frustrating to say the least, as the camera is jerky and clunky. I understand that the camera angles are not everything in a RPG, but I am the kind that likes to get a feel for my surroundings in any game and restructuring the view every time just to do so was a bit of a headache. 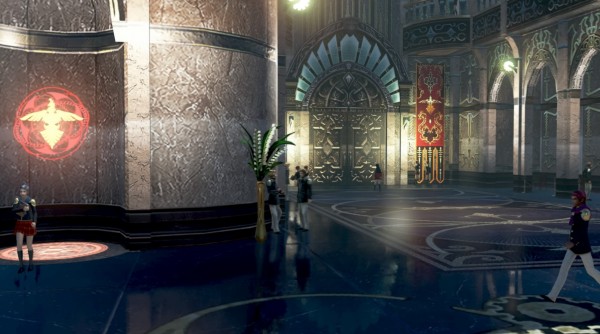 There is a lot more to do than just breeze through the story in Type-0 as well. Players can partake in RTS-like overworld battles to gain territories. It isn’t a deep battle system, but it does allow for players to bring along their chocobos to fight with, adding a large extra layer that is sure to keep many busy. Chocobos can be bred into several different classes, with each focusing on a different stat such as speed, evasion, strength, and so on. Final Fantasy Type-0 is certainly not the longest Final Fantasy on the market, but you will certainly find enough activities to partake in to keep you busy as you journey onward.

Visuals
Since this is an HD remake, the visuals are very important. Thankfully, the cutscenes look fantastic as the textures have all received a large amount of polish for a smooth, clean look. During standard gameplay, the game doesn’t look breathtaking, but the visuals are certainly acceptable enough – even by PS4 standards. I can say that some of the environment received less of an upgrade and comes off as muddy or plain, but that is easy to overlook as this is not a game that is meant to gawk at due to its heavy focus on action. There is no such thing as a full HD upgrade of a portable title and while Type-0 shows it, the attempt made to bring it to a console is definitely worth praise as it is still a pretty game when looking at the big picture. 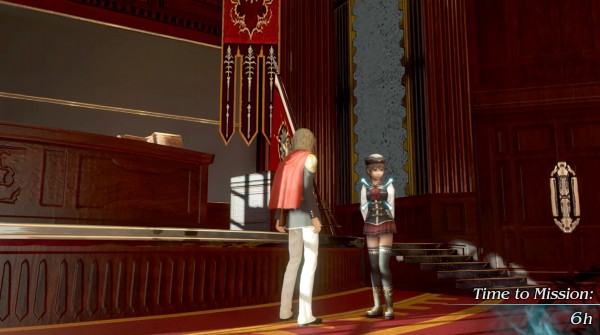 Audio
The audio is…well, the only thing I wasn’t hooked on, to be honest. Most dubbed titles are like this, where you have a full cast of Japanese actors that put a ton of effort into their roles, with their western counterparts evoking much less emotion. At times I simply overlooked the lack of passion on display from certain characters, but the usage of a badly translated script (that incorporates a few too many awkward sentences) does bleed through during dialogue sequences and makes moments create less of an impact. The soundtrack however is incredible. Sometimes you just get to hear the battle themes that blare wonderful tunes as you lash at foes, while other encounters produce music full of spirit and sorrow, setting the scene for the darker bits of the story.

Overall
Final Fantasy Type-0 is extremely welcome right now- despite its shortcomings as it acts as an appetizer for a future main course, yet is still extremely fulfilling due to its own merits. Sure, I would have loved to see a title with the full-on Final Fantasy 200 hour experience, but this is a port of a portable title that still holds its own due to an infectious battle system as well as a hefty amount of post-game content. If you love the franchise or simply are hunting for one great title to fill your library with on either current-gen console, you can’t really go wrong with one of the most thought provoking entries in Final Fantasy’s illustrious history.