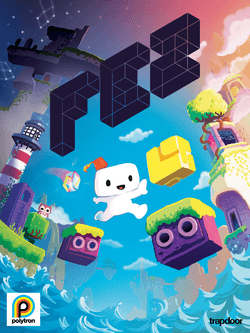 Overview
Fez is an important game. Not because it is innovative, not because it is all that fun, but because it was a game that defined the indie genre’s late 2000’s and early 2010’s rise to mainstream prominence and popularity. Fez was another poster child for the indie revolution, it ticked all the right boxes for the indie games fans, it had a nostalgic look that reminded them of ‘the good ole days’, it had a unique game mechanic that ‘innovates’ the genre and it was made on a shoe-string budget over about 5 years in development. It had all the makings of an indie darling and there was a moment where it blew up big and quickly things imploded due to embarrassing public outrages from creator Phil Fish tarnished the reputation of developer Polytron and the game itself.

Here we are now with the game at long last making the leap across platforms to PlayStation, launching on the PlayStation 3, PlayStation 4 an PS Vita. The game remains unchanged since its initial launch and a question overhangs this release: was it worth the wait? 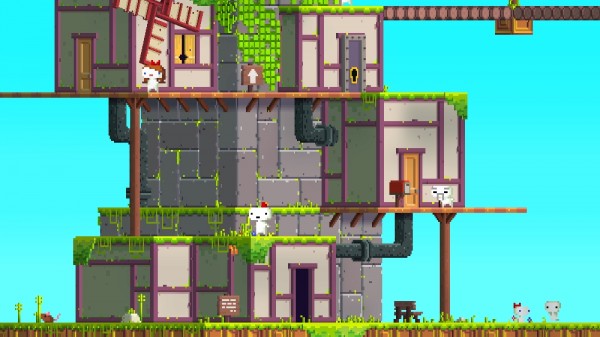 Gameplay
The hook of Fez is the game’s three-dimensional rotation mechanic. The mechanic has been given a great deal of praise and is really the main focus of the game. You rotate the world and see it from a different perspective. It is a simple concept that is pretty easy to pick up on and understand. The only problem is that there isn’t exactly much variety to bundle with this core mechanic.

You play as Gomez, a goofy little pixel man who upon discovering a fez hat gains the ability to rotate the world around him. There isn’t a lot to go on as far as story here and the characters you encounter within Fez are about as forgettable as they come. The focus is of course on the gameplay itself. 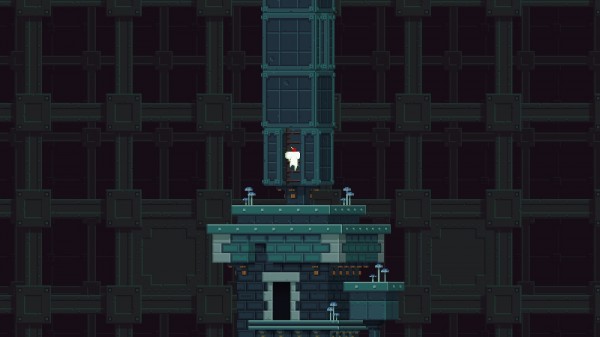 Half puzzle game an half platformer all the while without an enemy character in sight, Fez proves to be a relatively lightweight gaming experience, never truly being challenging in any major way, but also making for a peaceful adventure through a plethora of different rotating worlds. The puzzles aren’t very difficult and more often then not simply require exploration to complete. Unfortunately the worlds aren’t exactly brimming with things to do and see, leaving exploration feeling a little tiresome after a while.

With Fez there is a feeling the reverberates throughout the game from start to finish that there could be so much more to it. There is an emptiness that underlies the game and a definite sense that there was a lot more that the game could have and should have done. Ultimately the game doesn’t stray too far from its initial concept and while that may be fun, it struggles to maintain player interest as the game progresses further and unravels itself. With that said, Fez is a decent game that is worth a try for the touted game mechanic alone, just don’t expect much more than the gimmick that its made its name on. 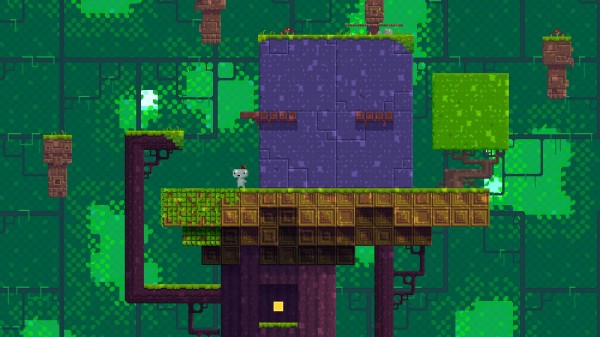 Visuals and Audio
As far as aesthetics go, Fez is a plucky love-letter to gaming’s past. The pixel artstyle feels like the game would have been right at home in the early 90s on the Super Nintendo. The textures are vibrant and lively and saturated in fluorescent colours. It is stylistically very derivative, but it has enough flair to make it stand out among the slew of old-school revival indie slap-togethers. It looks good and it is a memorable look at that, there isn’t much more you could ask for from Fez.

The game’s soundtrack is a slick one at that, featuring some catchy beats that will stick in your head with ease. The composer deserves quite  a lot of praise as the music is what gives Fez real flavour, without this soundtrack it would feel rather bland and tasteless. These tunes elevate the game to greater heights and make it have a certain gravity it wouldn’t otherwise have. 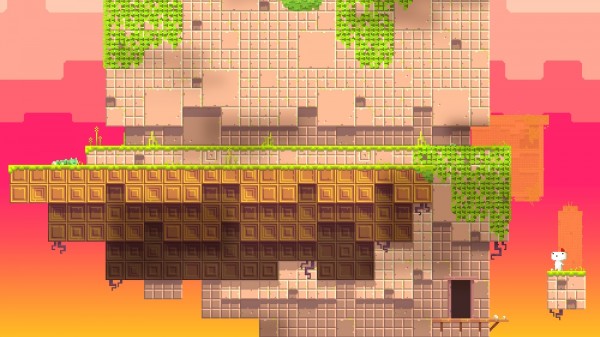 Overall
Sometimes being just good is good enough, such is the case with Fez. It relies heavily on its rotating world gimmick and goes to some interesting places with it. However once that gimmick grows tired, which it does quite quickly, the game generally crumbles. Fez is fun for what it is, but it doesn’t offer much past the core mechanic. Sure you’ll enjoy it for an hour or so, but the repetitive gameplay and lack of reward or discovery with exploration will likely kill any excitement mustered up in the game’s early goings.

Fez is a game that has become an indie-darling, it isn’t a great game by any means, nor is it an inherently bad game. This is a middling effort from developer Polytron and one that doesn’t exactly earn the hype that has surrounded it. This is one game best left for the indie gaming fanatics.