Overview
You know what’s a pretty cool game? That one where you take a small, cute, bird, pull it back like a sling shot and launch it into the air, to collect items in as little moves as possible to achieve maximum points, while relying on strong physics. No I’m not talking about Angry Birds (although I do love it!), I’m talking about Feed the Duck from Jupija! Feed the Duck may sound like a lame game about feeding breadcrumbs to some ducks in a petting zoo, but pick it up and you’ll be pleasantly surprised to find a decent and enjoyable puzzle game. 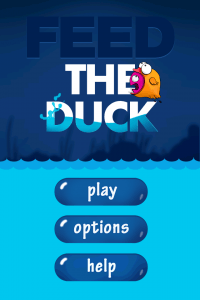 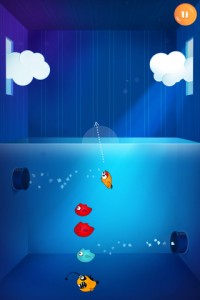 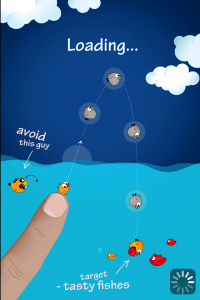 Not as good as Duck Tales, but WAY better than Howard the Duck!

Gameplay
The goal of Feed the Duck is to well…..Feed the Duck! However, that’s easier said than done. In the begining the duck swims in what appears to be a flooded bedroom (don’t ask, I have no clue) and the duck is hungry for some of those gigantic goldfish swimming below him, which seem to be the same size as he is if not bigger. (Again, don’t ask!) So in order to nom down these bad boys like the Cookie Monster in a Oreo factory, you must launch the duck up in the air like a sling shot, and get the right angle and speed to break through the water in order to reach the fish. The bright side is that this duck seems to be incapable of drowning, (Don’t ask me why, geez! It’s a video game for duck’s sake!) and some evil Angler Fish plan on trying to electrocute you. I know, the concept makes no sense, but neither does Pac-Man and that’s the highest grossing video game of all time, so shut the duck up! 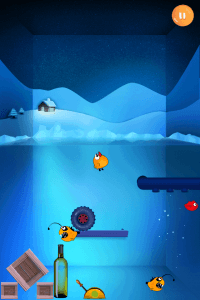 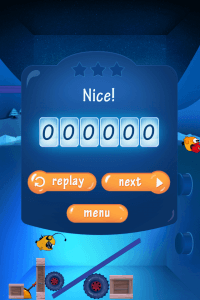 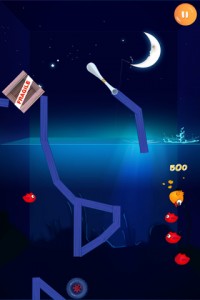 You can win a level and still get zero points. What the Duck?!

Haters gonna hate, and levels gonna get harder. Feed the Duck takes a simple concept and expands upon it with puzzles, involving buttons, switches, magnets , water pumps and various forms of mazes along with Angler Fish patrolling the waters that make grabbing a bite to eat for this poor duck no easy take. There is also some very smart level design in this title, so puzzle fans will surely enjoy this one! Reaching a perfect score for completion-lovers also becomes a challenge, because you loose 250 points off your score for each failed attempt, making it pretty easy to finish a level on no points at all! So in this game, every move counts. This is a feature some will hate, and others will enjoy. Physics work well in Feed the Duck, but to achieve your goals sometimes the developers ask you to be almost too precise as reaching some fish seem almost impossible and may take a few tries, until you accidently get the fish eventually, even though you’ve been trying the same way for a while. Also, going near an Angler Fish can kill you, not just if it gets you, so that can also be frustrating. The core gameplay is good; it just needs to be tightened a little more. Only the one gameplay mode is available unfortunately, and it would’ve been nice to see more as the game does get really repetitive really quickly. 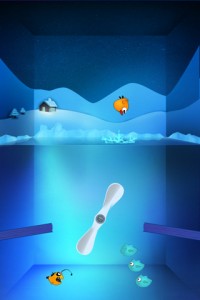 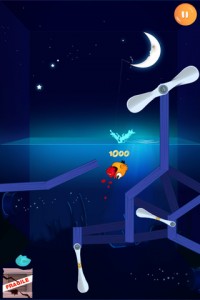 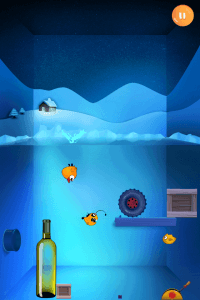 Feed The Duck more ‘The Good Duck’ than ‘The Mighty Ducks’

Audio/Visual
Visually nothings wrong, it’s just that everything seems pretty average and nothing really stands out. It looks nice, but that’s it. The character design may be pretty average, but it isn’t bad and it’s filled with vibrant colour to keep you interested. Backgrounds and levels are based around the colour blue and the duck and his enemies are bright colours so it remains visually pleasing. Musically a similar situation arises, that its good, but easily forgettable. There is one exception though, theres a cool little tune played when you fail a level, similar to the opening few notes from the JAWS theme which is pretty cool. The musical choice and art designs are very childish, but I suppose this game is probably meant for a younger audience. I can’t help but feel though if they toned down this a little bit though, Feed the Duck would appeal to a wider audience of people. 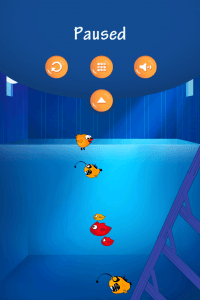 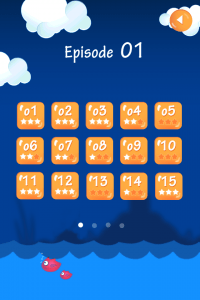 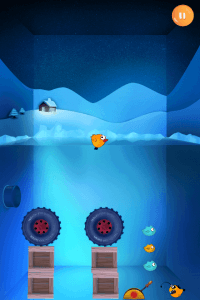 There are a few unique and interesting ideas thrown in here, so I’ll refrain from calling it Angry Ducks!

VERDICT
Just like Angry Birds, the game is based around a simple pull and release launch concept to get through particular puzzles. While these puzzles are designed pretty intelligently and the physics are good, Feed the Duck sometimes asks you to be a little too accurate, and the lack of modes pushes the title into feeling repetitive very quickly. However, Feed the Duck has good level design and simple pick-up-and-play controls that do make it appealing, with many levels to play, so for the short time you do play it, it will be enjoyable. In the end, it’s only 99 cents, so why not give it a go?

I give Feed the Duck: