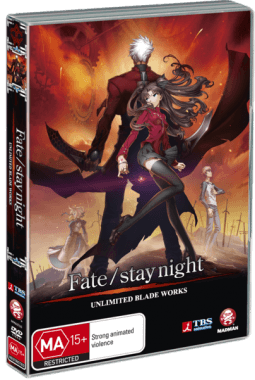 Overview:
Many of you have probably heard of Fate/stay night and its other bizarrely-named iterations by revered creator Type-Moon. Whether it’s through the iconic character art that’s spread across the anime fan scene, or the endless debates on forums by raging extremists, Fate/stay night is one those topics which you either enjoy and invest in, or take at face value and move on.

Fate/stay night: Unlimited Blade Works is a movie adaptation of one of the three possible routes of the original visual novel. While the TV anime series got a bit creative and mixed all three paths into one flawed narrative, Unlimited Blade Works focuses solely on the second route. This culminates in a tighter viewing experience, but one that still struggles to define its narrative and background universe. 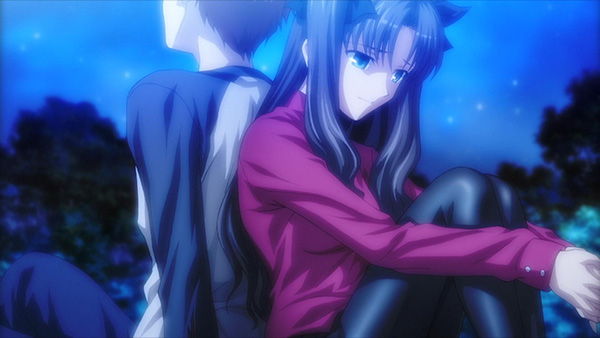 Story:
I cannot stress enough how one must be familiar with the anime series at least, if not the visual novel. While anime movies that summarise a series can be executed with flair, many fall flat as enjoyable stand-alone titles that offer more than just a recap with fan service. It is all the more remarkable then that Studio DEEN has attempted to not only incorporate a large chunk of the anime plot, but cram all-new story elements with a conclusion in just 107 minutes.

If this sounds to you like a recipe for disaster, you’re probably right. But that depends on who you are. If you’re jumping in without knowing what’s going to happen next, be prepared for a frustrating experience that will leave you scratching your head if you try to delve too deep in the marginally explained plot. If you have a grasp on the characters and the alternate concept of the story to the anime series, then there is something to gain from this movie even if it’s only a tantalising glimpse of the full picture. 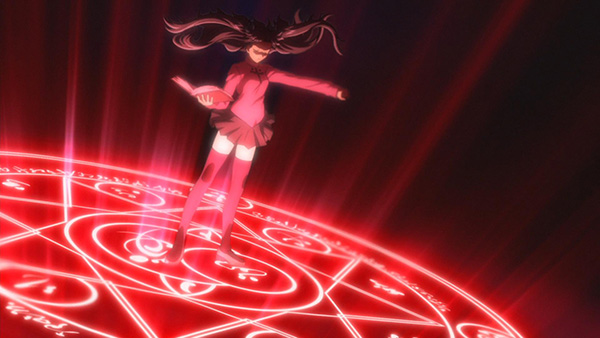 Those familiar with the the Fate/stay night story will recognise all the elements as the plot starts to unravel in short bursts. The opening scene is a genuine highlight of the movie, explaining the premise and generating excitement as the events of the prologue play out in tune with the credits. Fuyuki City plays host to the secret Holy Grail War where a so-called omnipotent device selects seven Masters known as Magi, who in-turn summon seven Servants to compete to the death for the Grail and its power to grant a wish. Out of the seven, Shirou Emiya is chosen as an unremarkable Magus whose only ability is reinforcing objects.

This fact (along with the rest of the background universe) isn’t explained properly in the movie, nor that his power evolves into Projection magic where he can create any object as long as he is able to conceptualise the “blueprint”. This is central to the relationship Shirou shares with a fellow Master’s Servant, Archer, whose identity isn’t revealed until the end.

Rin Tohsaka, the aforementioned Master, is also key to the Unlimited Blade Works story path in the same way as Saber is key to the Fate path of the TV anime series. However the nature of the movie format simply doesn’t allow their relationship to develop, ending with a romantic conclusion that feels unnatural and forced. Viewers will soon come to accept that jarring transitions between story elements is an unfortunate result of such an adaptation. 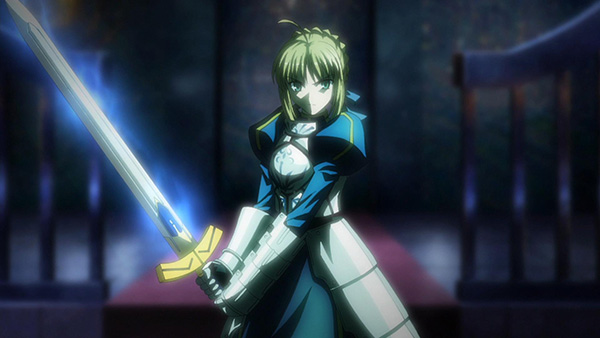 Visuals:
A true accomplishment of Studio DEEN is the huge leap in animation quality over the original anime series while retaining their established art design. A high budget suited for a theatrical movie coupled with cinematic direction brings out the best in the sweeping action scenes that are scattered throughout the feature.

There are moments when the CG animation looks awkward, particularly in the final battle, but overall it is used non-intrusively and often enhances the background environments. The depth of field and camera techniques should leave the audience in no doubt they’re watching a theatrical movie rather than a standard anime series.

Audio:
The soundtrack does well to highlight the frantic pace of the plot. For anyone familiar with Kenji Kawai’s music (Mobile Suit Gundam 00) you can expect a booming, orchestral score that becomes a natural fit with the quality animation. The main theme especially sounds great and is one you might hunt down to listen to again.

The Japanese audio retains the previous voice actors of the visual novel and anime and complements the story with convincing voice work. I can never get tired of hearing Gilgamesh spout his fabulous arrogance in such a gloating tone.

The English dub sees some changes from the cast of the TV anime, in particular Saber who is voiced by Michelle Ruff rather than Kate Higgins. Her character is meant to sound strong but also soft and capable of changing emotions, however most of the time Saber sounds much older and more robotic than necessary. Illyasviel on the other hand doesn’t sound childish and cute as intended, but completely uncanny and jarring. Quirks aside, most of the English cast performed satisfactorily. 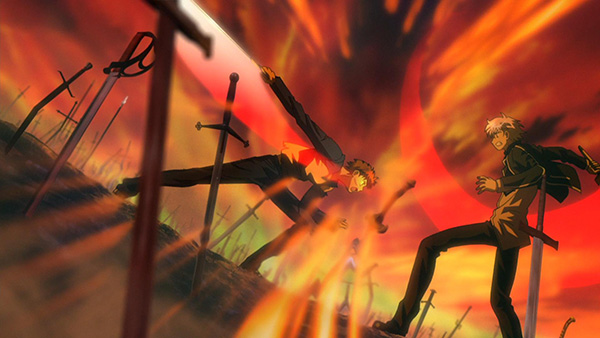 Extras:
The DVD comes in standard packaging on a single disc with no additional slips or booklets. You do however get a whole heap of theatrical and home release promotional videos for the movie, but otherwise this is a bare bones release.

Overall:
It is hard to pin down Fate/stay night: Unlimited Blade Works. The movie successfully incorporates an entire route from the visual novel (albeit with omissions due to time constraints), and does so with intense and fluid battles. The music and animation is all there where it needs to be. The plot, however, falls short of what should be an acceptable viewing experience for most people. The fast pace, disjointed progression and expectation that the audience is on the same page proves to be the movie’s weak point.

It seems the primary focus of the movie was to animate the events and battles that fans wanted to see, and to give Rin Tohsaka more screen time for her fans. This might sit well with those knowing what they’re about to see, but I just cannot recommend this movie to any curious anime fan without them doing some serious homework first.