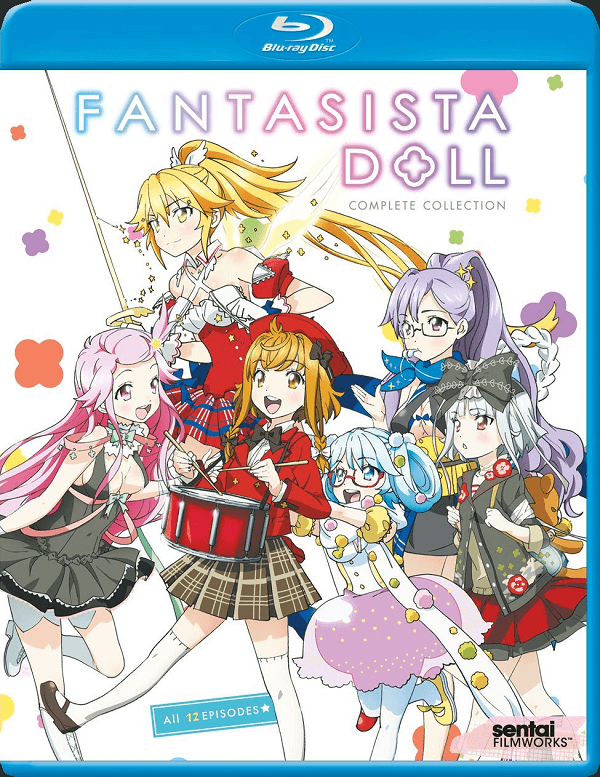 Overview
Creating an anime for a popular card game or one that is set to be released after the series airs has become quite popular in Japan. However before these type of anime were used as a way to promote a game, numerous card based anime were created back in the 1990s with Cardcaptor Sakura standing out as one of the best. The latest card based anime to make its way overseas comes in the form of Fantasista Doll from Sentai Filmworks, but does the series have enough of a story to stand on its own?

Story
Uzume Ono spent her childhood playing card games on a competitive level to such an extent that she managed to become a champion despite only playing for fun. Since then she has grown up to be a standard middle-school student who enjoys tennis but is something of a pushover who has trouble speaking up for herself. 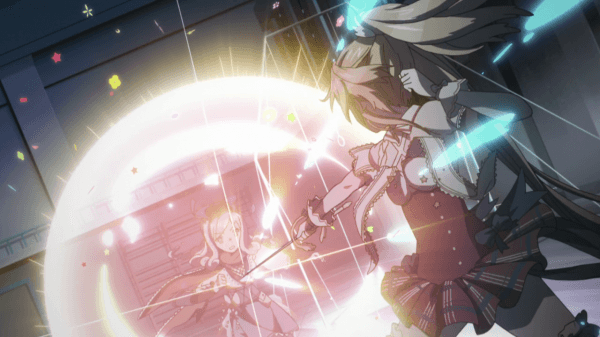 One day on the way to school, a strange person slips an odd device into Uzume’s bag and then later that day a stranger begins stalking her within the school. As she tries to escape whoever is chasing her, Uzume hears an unknown voice speaking to her from thin-air that begins walking her through a process that sounds oddly like a registration. Once this is done, a blonde girl appears and helps Uzume fight against the mysterious assailant, defeating the girl who then turns into a card.

The blonde fencer introduces herself as Sasara, one of four digital beings called Fantasista Dolls that have been given to Uzume when the stranger slipped the summoning device into her bag. These Fantasista Dolls now see Uzume as their new master but although each girl has a one-note personality, they all carry the weight of being abandoned by their previous master with no real memory of what happened to them. 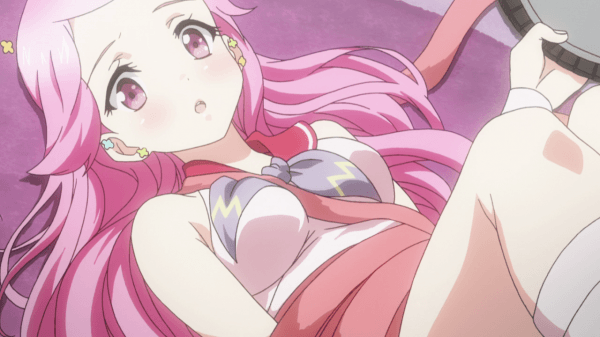 To make matters worse, an organized group of card holders has placed a target on Uzume, promising to grant the wish of any person capable of defeating Uzume and taking away her Dolls. As such, Uzume must learn to not only battle against those wishing to steal away her newfound friends, but also try and grow close to these strange Dolls that have been placed in her life.

That being said, Fantasista Doll is something of a fluffy and light-hearted story that has a few moments of drama but only really finds a solid story arc in the final three episodes. Up until that point Fantasista Doll follows the standard formula of focusing on one of Uzume’s new dolls each episode, giving viewers a closer look at their personality and their feelings about being abandoned and accepted by Uzume while also featuring a, usually inept, opponent trying to take down Uzume’s dolls. 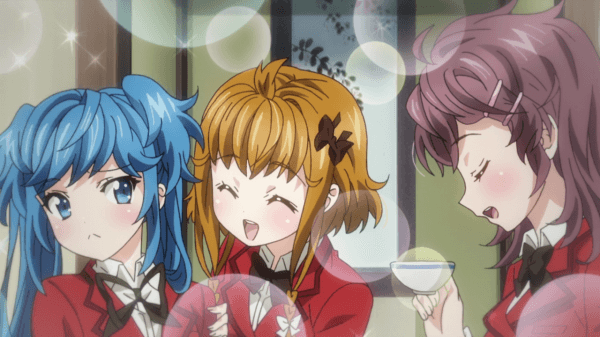 There are some minor story arcs interlaced within these standard episodes that help them from being one-note affairs and actually make the story something a bit more than a friendship building exercise as one of the first enemies Uzume encounters not only treats his Dolls cruelly, but one happens to be an old friend of Uzume’s Doll Shimeji, as well as the slow development of an opponent to a frenemey to an ally.

Despite being a predictable series at its core, the way that the Dolls’ pasts and worries are handled, the lack of seriousness in many of the battles, and the constant bonding between Uzume and her Dolls creates a heartwarming experience as viewers follow Uzume through each episode before the series takes on a serious tone for the finale. Although a number of the larger questions about the existence of the Dolls remain unanswered, Fantasista Doll pulls itself together for an emotional ending that wraps the story up nicely while also capitalizing on Uzume’s growth and the bonds she has made with her friends.

Visuals
If there is one thing that can be said about the artwork in Fantasista Doll is that the studio really wanted to try and make every Doll in Uzume’s group look as cute as possible. Each Doll is presented with a wide-range of colors and nicely detailed outfits while the normal human characters are also presented in a cutesy style. One nice touch in Fatasista Doll is the way that all of Uzume’s Dolls can project themselves on surfaces such as desk tops or papers, giving them some extra time for comedy and a unique presence. 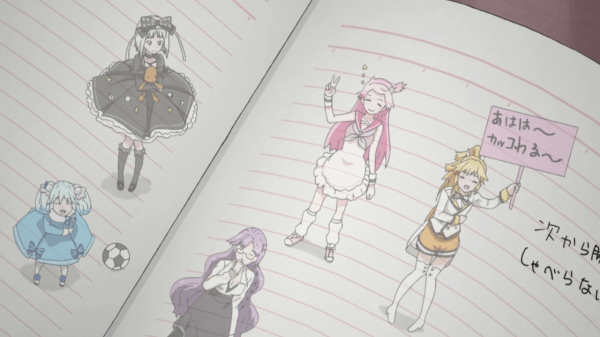 Even some of the battles are presented as comedic sequences since almost any time a trap card is used, the effect places the opponent in a funny situation. That being said, while the combat is fairly impressive looking when the series begins, things begin to feel less elaborate as the story progresses and there is a noticeable drop in quality at times both in and out of the battles, with some of the slice of life sequences having a very basic presentation and some odd looking facial expressions.

Audio
It is worth noting that Fantasista Doll has been given a subtitle only release in North America, leaving the Japanese voice track as the only option for viewers. This isn’t much of an issue however as the Japanese voice actresses all fit their roles rather nicely and a number of them have had quite a lot of experience playing main roles in the past. 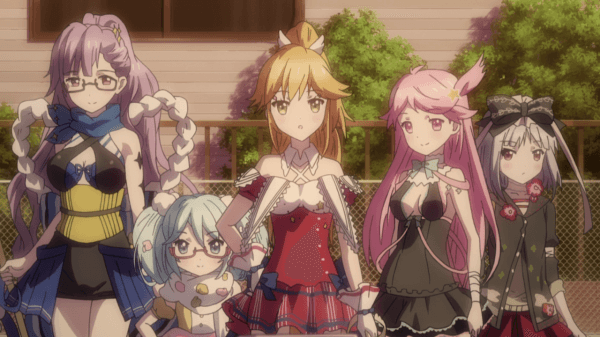 The background music in the series is unfortunately very standard and because of this it tends to be forgettable. On the other hand, the opening theme “Ima yo! Fantasista Doll” is a nice energetic opener that even has a lead-in like some classic anime series used to. The ending theme “Day by Day” has an old feeling to it and works well considering the feel of the series, and it is a nice touch that both the opening and ending are performed by the voice actresses of Uzume’s dolls.

Extras
With Sentai Filmworks release of Fantasista Doll: Complete Collection there are only a few bonus features to speak of and they very standard. There is a clean version of both the opening and ending theme, trailers for other Sentai Filmworks anime, and disc credits.

Overall
Fantasista Doll is a delightfully fluffy series filled with comedic moments and friendship with some slightly serious moments giving the series form of character development and occasional drama. There are some nice ideas within Fantasista Doll and it finds a satisfying and emotional conclusion, but this is an anime that will not be surprising many viewers who will probably remember the series as a formulaic but fun and light-hearted diversion and nothing more.