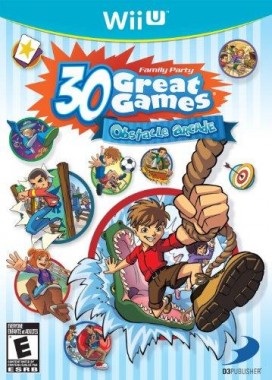 Overview
Family Party: 30 Great Games Obstacle Arcade sounds exactly like all of those titles most of you see everyday for the Nintendo Wii, awaiting to be bought by a clueless mother – wanting to recapture that magic of Wii Sports for her kids. Yeah, there is something to be said about the term shovelware, as some titles are worthy of the name, while others tragically get deemed part of the cash-in crowd and become forgotten in the process. This is the Wii U though. Shovelware this early? Well, there is a first time for everything, and sadly, this clunker is one that doesn’t even realize what console it’s playing for. Why do I say that? Here is our review.

Gameplay
With mini-game compilations, you know what you’re getting. Family Party: 30 Great Games Obstacle Arcade is no different, as it has 30 different mini-games, wrapped into one package where multiple players can join in together and play. Normally when I review these types of games, I like to look at everything involved and detail each mini-game as it’s own product. Sadly, this title’s offerings are either over in minutes, or have been padded in length to create an illusion of a much more fulfilling experience. 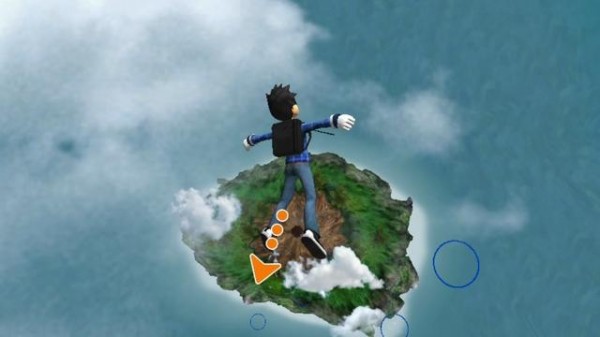 That alone really isn’t the “one great flaw” within this game. Obstacle Arcade starts out swimmingly, presenting the player with four different locations to take their friends to, where you will then partake in the mini-game madness within. Then you are asked to have each player pick their name. This alone is something we don’t think about, as it’s just a name, right? Well, that might be the case most of the time, but no matter what name you enter, Family Party completely ignores it and tries to have you play as some generic boy or girl, while calling you a default name of someone you know nothing about. This may work in Mario, but Luigi, Peach, and the gang are all established characters – and these lifeless and hollow husks just don’t cut it as playing the lead for any one person. Making matters worse is the overly excited teddy bear that acts as the mascot, who tries to be a lovable host, but displays no charms attached in order to do so.

Challenge Mode starts us off within the main course (the other being Freeplay, offering one time quick trips to the games you have already unlocked), where all players involved will pick a zone and play mini-games at random. The player that has the most points from winning bouts will be declared the winner at the end, but that is only if they can stand the mediocrity on display. Family Party utilizes WiiMotes for all of the main games within, and features bonus games that allow one player the self-proclaimed privilege of using the Gamepad to play. Yes, that is a problem in itself, but we will get to that in a moment. 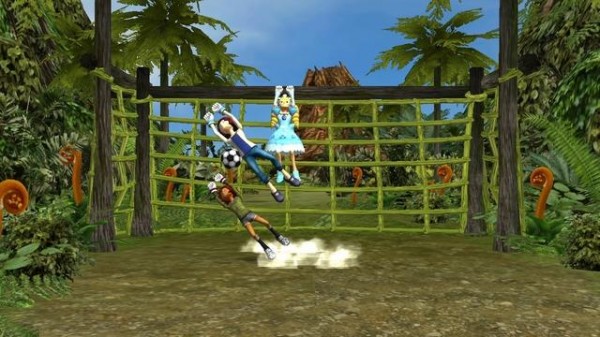 The Wiimote centric mini-games include the likes of horse racing, maze exploring, and other various themed activities, but come off as mostly broken or flat out boring affairs. For instance, there was one game that sort of functioned where all players must use the Wiimote pointers to drag a dot in a maze without touching an electric wall. There were a few bells to ring to get points along the way – but honestly, this mini-game felt as if it would have been released 15 years ago during the early days of flash. A good number of the mini-games also rely heavily on waggling to progress (most of the racing events), and the detection for even that simple function is not even all there. 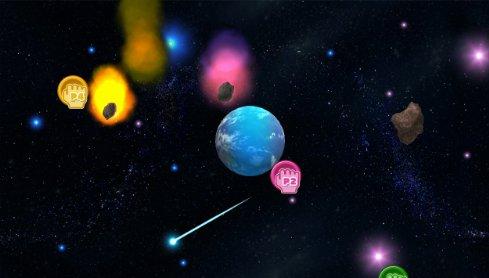 Once a game is won, a wheel can be spun to select a bonus round, where the winner will get to use the Gamepad. My first experience with this was an asteroid blasting game. The Gamepad user had to touch asteroids before they hit Earth on the screen, while the other players had to take control of paddles with the Wiimotes and knock them to the planet. The Wiimote player’s role in this game was almost non-existant, as it was no fun trying to even hit an asteroid, with little to no indication of what do actually do and just a colored strip of debris determining who was hitting what asteroid. The Gamepad user didn’t get to have much fun either, as all they got to partake in was an uninspired tapping of rocks to prevent the other player’s shots from hitting Earth. That is the general idea of what to expect from these bonuses. The saddest part about this set-up is that Family Party doesn’t even reward the winner with something special, as the Gamepad portions are just generic and usually broken offerings. 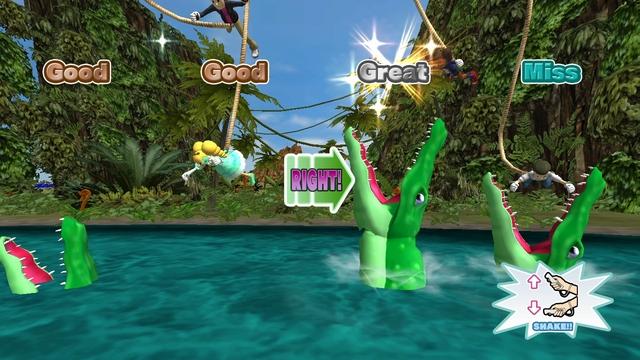 Even though my first few games were terrible, I kept looking for that gem. We all know that there is usually one or two decent mini-games in these types of compilations – but that just never came to be. All 30 of these offerings fail to deliver any entertainment, and feel as if they were made for the original Wii and just plastered on the Wii U at last minute due to the lack of full Gamepad support for the entire package. I hate to say it, but this obstacle arcade is one with no redeeming qualities whatsoever, as every mini-game feels unfinished, lacking the polish and quick burst of fun that make party romps fun.

Visuals and Audio
If I had to praise anything within Family Party: 30 Great Games Obstacle, it would be that there is a lot of color. A lot of color, plastered on to ugly looking models with plain, boring backdrops. The Wii U may be a powerful piece of hardware – but none of it gets used here, as there are framerate drops, choppy animations, and graphical glitches in almost every mini-game. Sure, there are themes, but each are devoid of atmosphere or character. Sticking a few rockets and stars on a map and calling it “Space” just isn’t good enough. 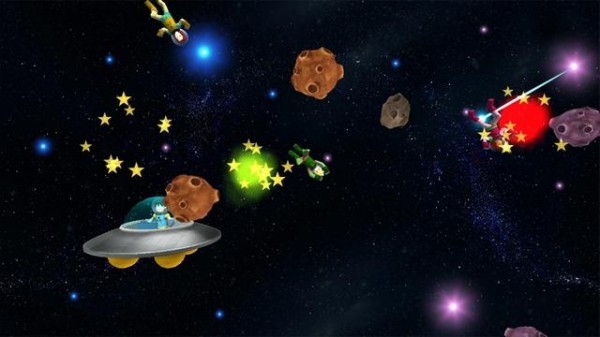 The audio doesn’t do much to help the final product. The mascot narrates every mini-game, and repeats the same one-liners over and over while the players try to win. It’s sloppy, annoying, and another major issue with Family Party. Unfortunately, the soundtrack isn’t much better. Each song sounds lively enough, but unfitting with the theme for the zone at hand completely. I don’t want to act is if an amazing soundtrack is needed for a sub-par party game, but if you are going to aim for a younger market, make sure you use some tunes to grab those young ears – and not unlicensed drivel that does nothing to promote the fun this Family Party was supposed to be all about.

Overall
Family Party: 30 Great Games Obstacle Arcade advertises itself as a Wii U game with a budget price, but that in itself is a lie. Family Party feels like it was made for the Wii, ported to the Wii U, and rushed in extra features with the Gamepad just to make the cut onto the console’s early line-up. Wii games can still be fun, but not one of these 30 included mini-games are enjoyable, as each suffer from major problems, uninspired characters, and lackluster concepts as a whole. At first, I was insulted that this could have even seen a release, but there is one good thing about a game like this existing this early for a new console. Family Party: 30 Great Games Obstacle Arcade’s only merit is that is should be looked at by all other developers as what not to do this generation – and that is to completely fool and take advantage of a market that might be attempting to get their children a game with a low price-tag. Avoid this trash like the plague.