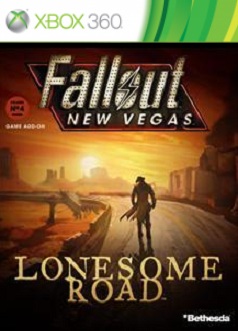 Overview:
When Fallout: New Vegas was released last year, we all knew that there would be DLC released for it in the future. One piece arrived shortly after but then began a long drought of content for the title which was quickly remedied over the past few months as subsequent packages were released relatively back to back.

Now after suffering a few delays the final piece of downloadable content for Fallout: New Vegas is here.
There are many roads that one will travel down in the Mojave wasteland, but the road to your past is one that is a lonesome road. Thus we travel down the Lonesome Road DLC one last time, will we find a wasteland full of destruction and excitement or a barren land of disinterest?

Story:
As with all pieces of content released for Fallout: New Vegas, Lonesome Road takes place in an area completely separate from the Mojave Wasteland. The courier will receive a message on his pip-boy from Courier Six to travel to the Divide, a wasteland where no sane person ventures. As with other content, you will be unable to take any companions with you, after all what why would a road be lonesome if you brought friends along?

Courier Six, Ulysses, entices the player to travel to the divide with answers to many questions brought up in the main story. Past DLC has made many references to a man wearing an old world flag upon his back and it was even said that another courier, Courier Six was meant to deliver the Platinum Chip first. In the Divide he will answer not only why he refused the job, but also reveal his origins, the player character’s origins, as well as why he is seeking you out but most importantly about his plans for the Mojave and the world. 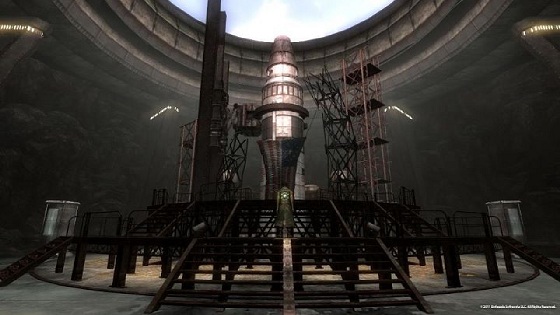 This road may not be as lonesome as first thought however as along the way you will encounter an interesting companion which some may be familiar with. The player finds an Eyebot which is quickly named ED-E similar to the one from the Mojave wastes. This ED-E is different from the other however, as it will occasionally play audio logs from his past during different parts of the story. The player can of course choose to respond to these however they wish but the logs played can easily make a player feel sorry for the robot and everything that he has been through from creation to ending up in the Divide, all culminating in a decision that may be quite difficult.

Something extremely interesting here is the fact that a lot of the conversations you have with Ulysses will change depending on your alliances. If you are helping out the NCR then his conversations will have to do with the two headed bear and make many references to their power and lack of control. This will change if you have been siding with Caesar’s Legion and perhaps even if you side with Mr. House making replayability quite applicable.

The many revelations about the Courier’s past are more than worth playing through the story at least once. Sure a lot of the information may be a bit confusing at first but ultimately ends up being explained more in-depth, especially if the player has the stats to find out more. Most will walk away very satisfied with what they learned in the Divide, but to figure it out yourself you must take that lonesome road.

Graphics:
Similar to past DLC, Lonesome Road has a theme about it. Unfortunately the theme is complete destruction so there isn’t going to be a whole lot of eye-popping new graphical content besides a lot of recycled destruction. Still there is plenty of new destruction to see, buildings torn apart, warheads strewn across the Divide and just complete destruction in a land that no human should travel. 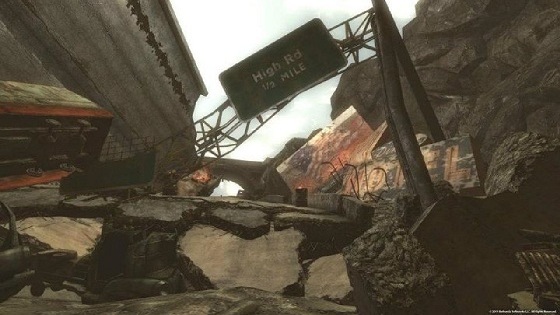 But there is still life. While there aren’t a whole lot of enemies you will face off against, there are two new types which have a new design. There are tunnelers which look very interesting and seem to be humanoid creatures that crawl on all fours and have luminescent points on their body.

Let us not forget the bloody Marked Men who have the features of ghouls but are simply men who have had the skin stripped from their body due to the harsh conditions of the wastes. These men may bear many resemblances to NCR and Legion forces and there is a very good reason for that. These two enemy additions are well detailed and players should be content with facing down many of these on their ventures through the Divide.

Audio:
There unfortunately aren’t a whole lot of new characters added in this downloadable content. Players will hear various recordings from ED-E but none of these are very lasting nor leave any impression, though the brief music ED-E plays when combat begins is a nice touch. Still there is one character added, and Ulysses’ voice actor is quite amazing. His grainy voice matches his tone perfectly, especially when his plans are revealed and you come face to face with him. 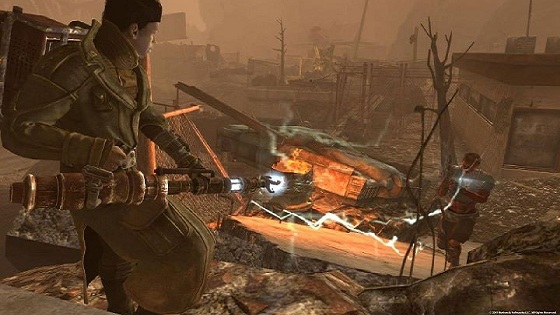 Gameplay:
The game still plays like usual so there are no new elements thrown in to change up a player’s playstyle. However there are a few new weapons included which may be worth a second look. The supposed “signature weapon” of the Divide is a mini rocket launcher named “Red Glare” which can be upgraded and is a machine rocket launcher that is not only devastating to opponents but fun to use. Besides this there are a number of other unique weapons such as a Flare Gun or Flashbang which serve purposes against certain enemies of the Divide and are fun to use in their own right.

It is a good thing that new weapons are introduced because the Divide is a harsh place to travel not only because it is a completely decimated wasteland but also because of the sheer amount of adversity you will face as you travel. The Lonesome Road, perhaps because it is the last piece of content, is the hardest of all the other DLC packages with the game warning players to be at least level 25 before venturing in.

However even at level 44 entering (Level cap increased by 5 again to a total of 50 with all DLC), there are going to be many times you will face down near certain death and of course quite literal death. The Marked Men are rarely ever alone and usually are discovered in groups of four or more making the ensuing fire fight quite intense. But the creatures are your true enemies, Tunnelers are quite strong and deal a lot of damage but the true enemy here is not a new one, but an old enemy. If you have never run across a Deathclaw in the Mojave you are certainly lucky. However you will be facing down quite a lot of them in the Divide occasionally even in pairs which makes each step a treacherous one as you never know what you will encounter next. 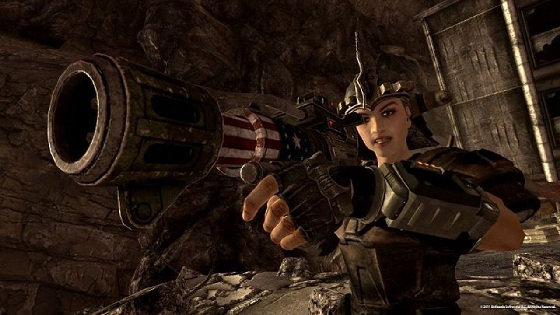 There are a number of collectibles which can be found and there achievements/trophies for discovering all of them. Warheads are scattered across the wastes and while some are required to be blown up for advancement, there are others scattered a bit off the beaten path. Plus you may also stumble upon upgrades for ED-E which also carry over to the ED-E in the Mojave.

Unfortunately despite the few collectibles that can be found, there really isn’t a whole lot of gameplay difference to make a player really want to come back through the Lonesome Road. Many of the collectibles can be found without going off the main path and there isn’t a whole lot of exploration provided. In fact many of the paths you travel will be quite limited to going down a mostly strict path with a few pieces to explore on the sides, making the story the only reason to really come back to the Divide once you find the collectibles.

Overall:
The Lonesome Road is a fine piece to bring a closure to the story of the courier. There are many questions that can be raised as to where the Courier came from and his past, and most of these questions are put to rest in the storyline. Of course there are also more questions raised and some of the explanations may cause a bit of confusion.

Also, the Lonesome Road’s lack of actual gameplay replayability is detrimental, as many may wish to do so when they are following a different faction to hear the changed dialogue. Still that doesn’t mean there isn’t a lot to do your first time around as the content can last nearly seven hours with exploration and battling enemies. Lonesome Road does a great job wrapping up many of the loose ends left by other content and should satisfy many on their final road through New Vegas.