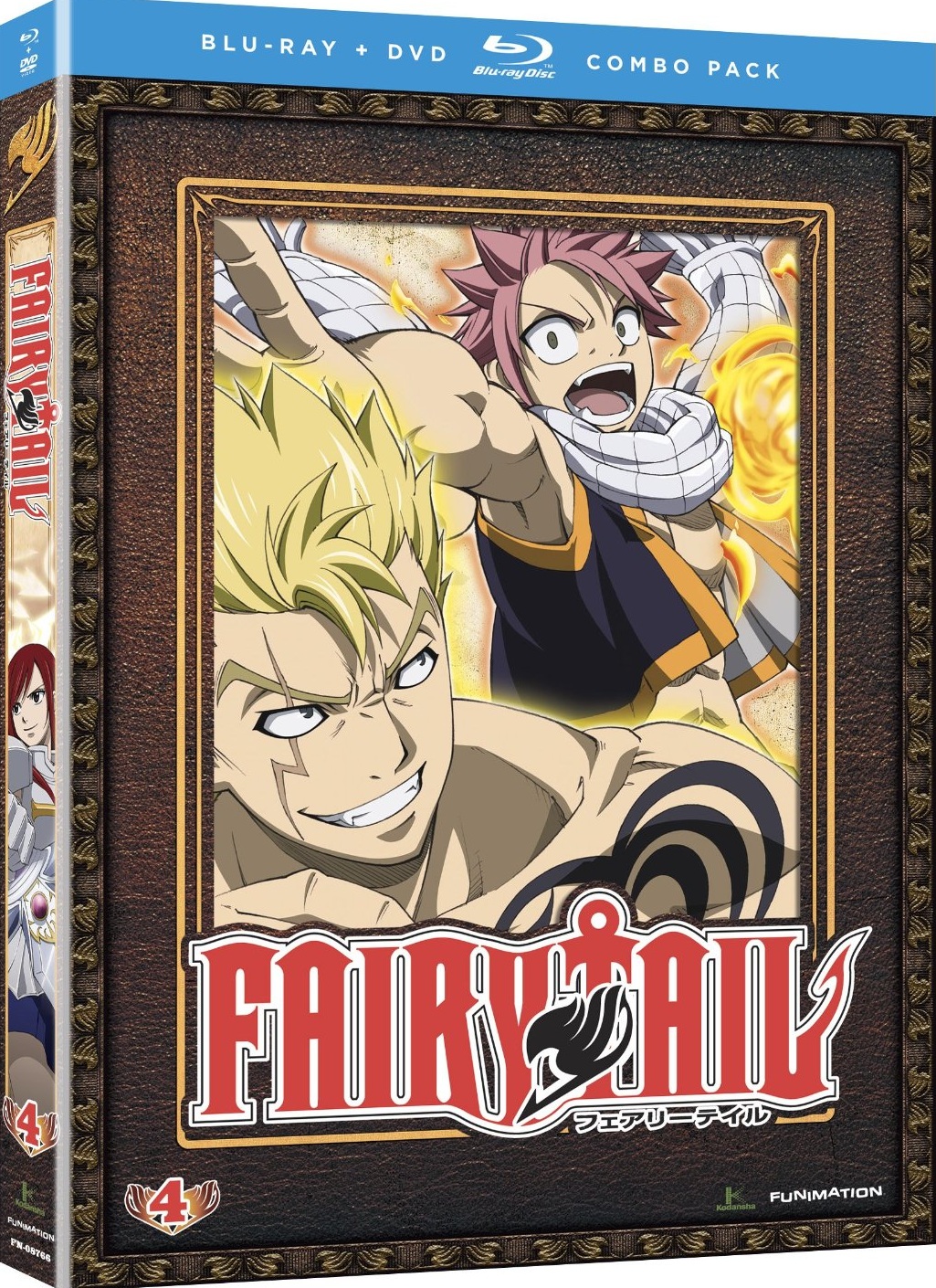 Overview:
Over the past few months FUNimation has brought us nearly a monthly release of Fairy Tail’s first season. After a minor delay they have now brought us the final part of Fairy Tail’s first season. We’ve seen quite a lot over the past thirty six episodes from all three parts, of which Part 1’s review can be found here, with Part 2’s here and Part 3’s here. In a world full of shōnen series Fairy Tail stands out as one of the freshest of the pack by far, however does this freshness stay for Fairy Tail: Part 4?

Story:
As per standard with Fairy Tail’s past releases, minus Part 1 of course, we jump into Fairy Tail: Part 4 in the middle of a story arc. Those who have seen Part 3 should remember that the story had taken a turn for the darker side as Natsu, Lucy, Gray and Juvia race to try and help Erza out in her battle in the Tower of Heaven against someone she once held dear, Jellal. 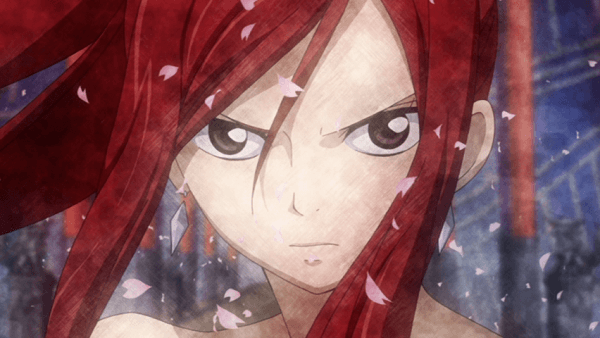 However things were not going very swimmingly for the Fairy Tail crew when we last saw them, Erza had been captured and imprisoned in a playing card by Sho, Natsu was on the brink of defeat from Fukuro and Lucy was forced to face off against a possessed Juvia. However nothing can keep a Fairy Tail member from helping out their comrades. The battles against each of Jellal’s mercenaries are your standard fair with nothing too exceptional to speak of, most ending a bit too quickly. With Jellal’s plan of using Erza as a human sacrifice to resurrect a deadly and powerful wizard from the past nearly coming to fruition, the Fairy Tail members must fight harder than ever to put an end to his evil plans while not dying in the process.

After the grandiose conclusion to the arc Part 3 cliffhangared on, we are given the final arc for season one, one that will present perhaps the largest challenge for the Fairy Tail guild. You see… while fighting against your enemies, even those stronger than you, may be something that can be accomplished through sheer force of will… what will happen when Fairy battles against Fairy? 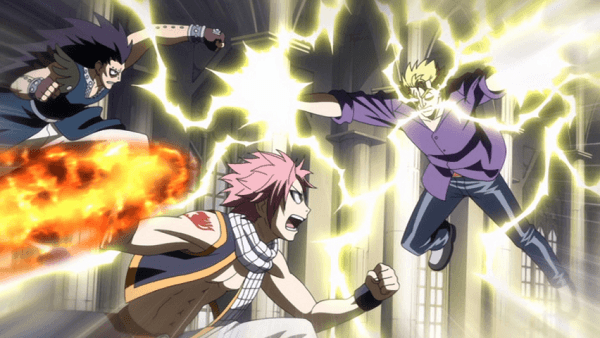 Angry with the current state of Fairy Tail, Laxus, grandson of the current guildmaster Makarov, has taken it upon himself to rid the guild of its so called “weaknesses.” To do this he and his team have taken the women of Fairy Tail hostage, including Lucy and Erza, by turning them into stone. With the threat of their deaths imminent and specific rules laid down by Laxus and his crew, friend must battle against friend in an effort to save their friends…

With Part 4 consisting of these two story arcs we see the culmination of Erza’s character development throughout the Tower of Heaven and confront her past to come to grips with who she is. Besides Erza, a number of other characters are given some additional development, with most of it surprisingly focusing on the secondary characters of the guild. If there is one thing that can be taken away from watching Fairy Tail, is that its robust cast of characters are never left in the dark for very long as we see nearly every named character in battle in some way as they fight against one another in stupendous battles.

While it should be no leap of the imagination to say that jumping in at Part 4 would be detrimental to viewers, obviously it is. Considering Fairy Tail: Part 4 literally starts in the middle of a well-developed story arc is already an issue for those who’ve yet to catch up on the last few seasons. While new viewers may be able to satisfy themselves with the final arc of this season, there will be a lot lost in translation at this point. 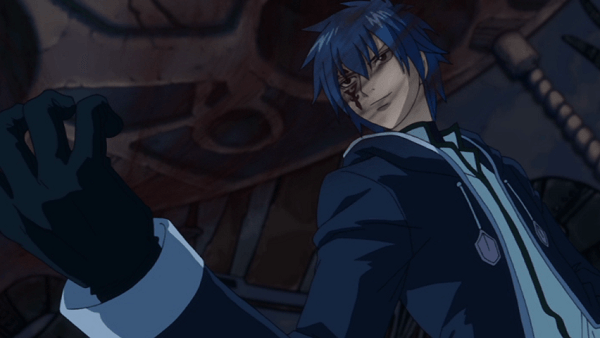 However this should not detour anyone who has already watched all three parts of Fairy Tail so far and personally I must recommend picking up the past arcs as Fairy Tail stands as one of the fastest rising anime in the West with little reason to slow down and plenty of more episodes that could potentially be on the way.

As mentioned before there is plenty of action to be had as we see nearly every Fairy Tail member in action in some form during Part 4. This also means that viewers are treated to plenty of different kinds of magic being used against each other and plenty of special effects demonstrated because of this. While seeing a number of older characters use their attacks has always been visually appealing, seeing the secondary characters in action, including Mirajane’s well-designed Satan Soul form. 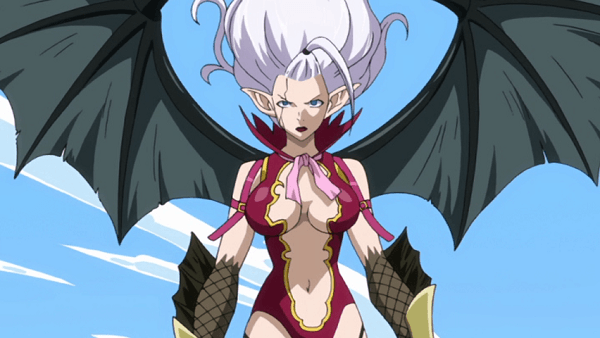 That being said, while most of the battles are given an adequate level of consistent animation, there are a number of times that the animation quality drops significantly. It is also unfortunate that most of these quality drops have been during the larger battles, including Natsu’s battle against Jellal and the later battles in Part 4. While these drops in quality shouldn’t hinder your viewing too much, they are noticeable enough.

Audio:
As per usual for a FUNimation release Fairy Tail: Part  4 contains both an English dub as well as the original Japanese one for those who enjoy listening to that version. All of the characters from the past three parts have retained their voice actors and we see plenty of other voice actors get a chance to say at least a few lines here and there as well. The newly introduced characters’ voicework is handled well enough though doesn’t stand out too much from the rest of the cast.

Fairy Tail’s background music is the same as ever; with alright background music during most of the battle scenes that help add to the mood a little bit, and plenty of reoccurring themes throughout the series. These songs should be more than familiar to viewers by now, though it is a tad unfortunate not much else is presented to the viewer. 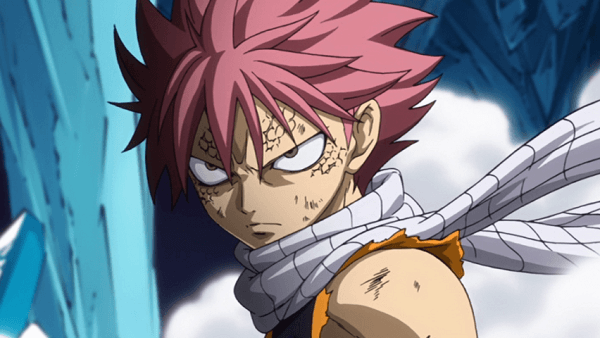 As far as the opening and ending songs are concerned for Part 4, we are presented with “R.P.G. ~Rockin’ Playing Game” by SuG as the opening song and “Kimi Ga Iru Kara” by Mikuni Shimokawa as the ending tune. If these two songs and accompanying animations are familiar to you, it is due to them being included for the final episode of Part 3. It is unfortunate that the same opening and ending is re-used this time around but considering the songs were adequate enough they still are for Part 4.

Extras:
With Fairy Tail: Part 4 we see a number of standard inclusions from FUNimation which includes trailers for past and upcoming releases, a clean version of the opening song as well as a clean version of the ending song. Also included with this release are two episode commentaries, a commentary provided for Episode 39 “Give Our Prayers to the Sacred Light” and Episode 45 “Advent of Satan.”

For Episode 39 we see Tyler Walker, the ADR Director and Rob McCollum who voices Siegrain, Jellal and Mystogen for the series. The commentary for this episode is a little funny but interesting enough to listen to as we hear Rob explain how he had to work in subtle differences to each character to keep them unique. 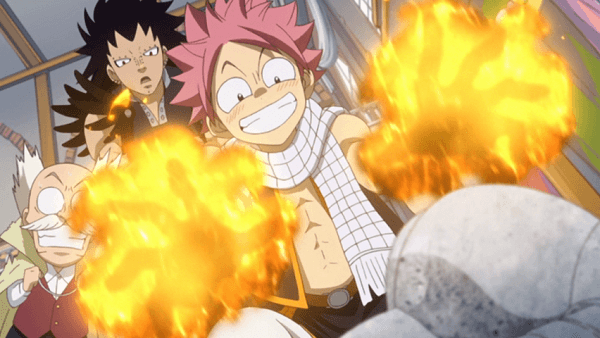 Episode 45’s commentary is given by Tyler Walker again, John Burgmeier who provides the voice of Freed and head writer as well as Monica Rial who is lead writer for FUNimation and the voice of Mirajane. This commentary has little comedic value but is actually quite informative as we learn that a number of the writers have actually been able to read the manga of the show and have used it to keep their writing consistent throughout the series and better adapt the show for American audiences.

Overall:
With this release we see the end of Fairy Tail’s first season in North America as well as the currently licensed amount of episodes from FUNimation. This final part of Fairy Tail provides a satisfactory conclusion to the Tower of Heaven arc and more than enough action to keep the blood pumping with the final story arc. Fairy Tail: Part 4 still provides a very enjoyable ending to season one with plenty of action which for once doesn’t leave off in a cliffhanger. However there is no need for such a cliffhanger ending this time around as Fairy Tail’s first season will leave viewers begging for a second season once the final episode finishes.