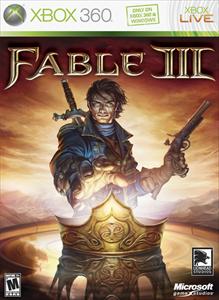 Story
“Fable III is the next blockbuster installment in the highly praised Fable franchise. Lead a revolution to take control of Albion, fight alongside your people, and experience love and loss while preparing to defend the kingdom against a looming threat. Your choices as ruler will lead to consequences felt across the entire land.” [via Xbox.com]

The game starts off with your brother as the king. He is a tyrannical king, and must be overthrown. After escaping from your home, you must gain followers in order to overthrow your brother and take your rightful place as ruler of Albion. Will you be able to keep the promises you made in order to gain followers? Choices are all throughout Fable 3 and your choice impacts the fate of Albion. 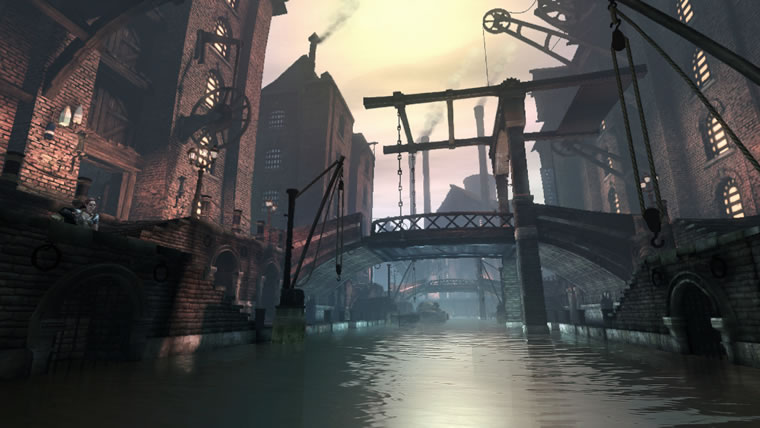 Gameplay
If you are a fan of the Fable series you may have noticed that Lionhead Studios is slowly taking out all the normal RPG elements. In Fable 3 there is no longer experience and there is no longer a health bar. Throughout the game you gain followers which act as a form of upgrade points. With these points you can purchase upgrades from the road to rule, but you can only purchase the upgrades according to how far in the game you are. Basically, it has become more action game oriented where you purchase upgrades and then use these upgrades to progress through the game. There are multiple forms of upgrades, from simple stuff like the ability to get married or purchase property to combat related upgrades that increase your damage which each form of attack. There is also no longer a health bar, which is kind of annoying. You have to rely on a red tinged screen and the sound of a heart beat to tell if you are about to die. The only real problem, is that it is difficult to notice unless you are always on the lookout for it. I’ve always been a fan of health bars in games that require you to heal yourself, and the lack of one simply created a nuisance.

The sanctuary is the new pause menu. This sanctuary acts as a storage unit for all your weapons, clothes, and other items. Instead of a pause menu with scroll bars and a whole bunch of items, the sanctuary lays everything out in front of you and you can move your character around to look at everything and change out weapons whenever you want. The only annoying thing about this sanctuary, is that it acts as a pause menu. It never really feels like pausing, and if you want to change out weapons mid fight it removes you from the combat all together and feels weird compared to a traditional pause menu; however, new is weird and it doesn’t necessarily mean it is bad.

Like previous Fable games, Fable 3 is all about choices. Throughout the story you will be prompted to make choices on how you play. These choices are usually categorized as good or evil, and will change the layout of Albion as well as shift your morality. The weapon morphing system is also based on your choices. The hero weapon will change in look and appearance based on how you play. The changes are pretty flat, but they are present. The other weapons will change based on if you complete the tasks or not. Each weapon has 3 tasks that will change the weapons appearance as well as its stats. The main choice this game fails in is money based choices. Lionhead Studios emphasized that money is harder to come by and the choices that have to do with money will be difficult, this isn’t true. The economy is broken once again and making money is way too easy. Halfway through the game you can own every single building and easily be making 50,000 gold every 5 minutes from rent and store income alone.

Co-op is a lot fun in this game. When you enter someone else world, you bring your entire character over. There are also weapons in other player worlds that you will never find in yours, so co-op is a big feature. This time around you can create business partnerships, get married, have children together, and do quests together. When you go to another players world, you really feel like you are bringing your character over because you literally are. All your items, your character, and even your dog are all entering another players world. Co-op also no longer forces players to stay close together, both players can go off and explore the area on their own if they want. However, couch co-op still requires the players to stay in the same camera since it isn’t split screen. Overall Co-op in Fable 3 is a huge improvement from its predecessor. 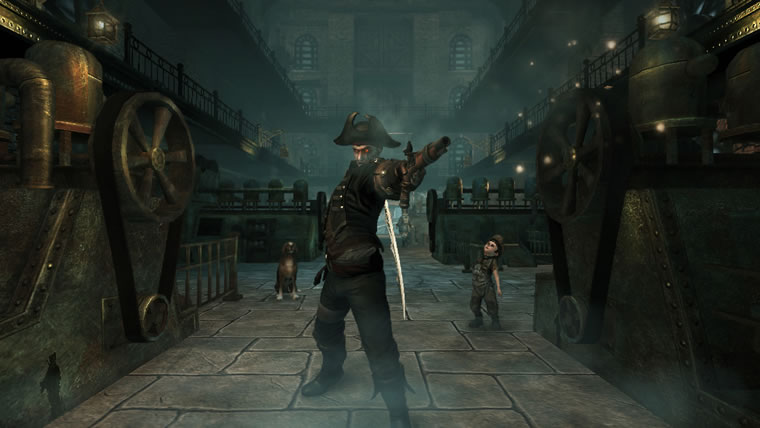 Audio & Graphics
The audio has its ups and downs. The voice work is amazing and the humor is phenomenal. On the other hand, the repetitive sound effects are kind of annoying. Whenever you run into combat, the enemies will always have their little sound effects and all your weapons sound exactly the same every time you hit them. It really shouldn’t phase anyone unless they are like me and decided to farm kills in order to upgrade their weapons and get the achievements. Since I needed easily a thousand or more kills, I heard the exact same sound effects over and over again within a short time frame. This is the main reason it became annoying to me.

The graphics are brilliant, with an art style that still feel like Albion. Every weapon has unique graphical enhancements based on how you use them and what upgrades you unlock for them. Sadly, there are some graphical errors and the occasional bug that plagues the game. While playing, your dog may begin to float in the air, or the framerate plummets. The framerate drops are definitely the more annoying of the batch, because last I checked, no one complains about a dog that can fly. (yes, that is a joke) 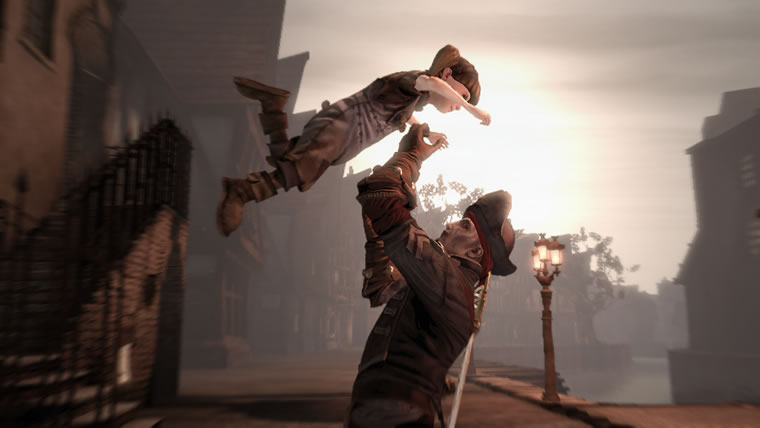 Achievements
The achievements give variety to the gameplay, and requires the player to experience every bit of the game. A few of them are story based, but a majority of them are tasks that aren’t part of the story. There are the normal side quest based ones and the co-op ones. The real fun comes from completing the miscellaneous achievements; sadly a majority of them a evil based and if you are playing as a “good” character, you may want to create another account to complete them. There are also a few completionist achievements for getting all the weapons, all the clothes, all the books, all the gnomes, and all the flowers. The only one that is really annoying here is collecting all the weapons. The reason it is annoying is because they won’t all appear in your game, you have to trade and purchase the other weapons from real players. There are also 4 avatar awards, but these are all gained through story progression and by the time you are king/queen they will all be unlocked. The avatar awards include: Royal Boots, Royal Trousers, Royal Shirt, and a Crown. 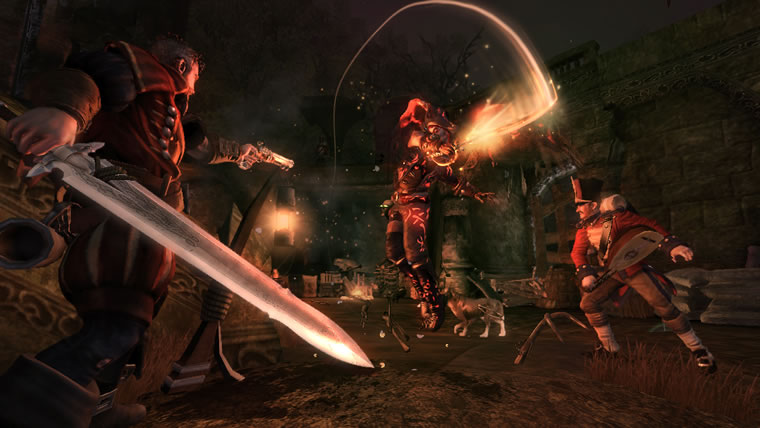 Overview
The game is simply fun to play. Each choice creates a consequence that changes the world in either a small way or a major way. There is also tons to do which leads to many hours of gameplay. You may even want to check out alternate choices, or maybe make a file that plays to the opposite moral extreme from your original file. All of these things leads to replay value, or at least a second replay in order to see what would happen if you did something different. Sadly, the game is plagued with a whole bunch of bugs. While these bugs may be fixed at some future date, they can currently cause the game to be unplayable if you run into them. Aside from graphical bugs, there are a few that cause quests to break and stop you from completing them or even game breaking bugs that halt your progress altogether. These bugs really ruin the experience of the game and if you run into one it isn’t enjoyable to start all over when you worked so hard on one account.
I give Fable 3