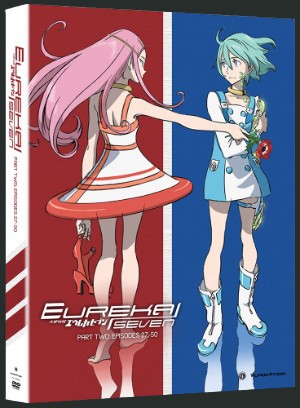 Overview
Looking at the first half of the original Eureka Seven series, it was easy to see why it would earn a sequel series, with it’s great pacing, well-rounded characters, and fantastic visuals. With Part 1 down though, it’s time to look at what Part 2 has to offer, to see if it can successfully finish off with the same great pacing and keep the characters interesting to the close. 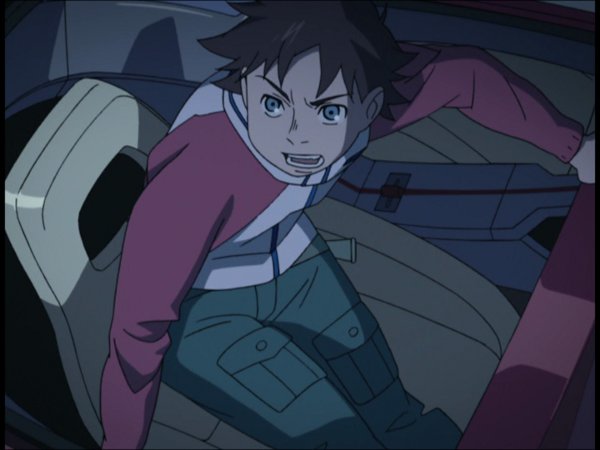 Story
At the end of Part 1, Renton and Eureka had finally reunited, making it clear to each other just how they felt. The best part of this is that it doesn’t destroy the working chemistry that Renton and Eureka already had, where before they struggled to indicate that each wanted the relationship, now it focuses on them struggling to effectively communicate, but refusing to give up on each other despite the problems. Making one of the most realistic relationships I’ve seen in anime in quite some time. Starting their relationship for real, doesn’t solve all their problems, it just opens the doors to new ones as they are both so completely terrible at communicating and understanding each other.

Outside Renton and Eureka relationship problems, the heart of the plot continues to slowly progress as now that Eureka has chosen Renton as her partner, they can begin their journey to save the world and stop whatever Dewey is planning. The pacing ends up speeding up and slowing down a little bit across the remaining episodes, but it never feels too fast to follow or too slow for anything interesting to happen. There is always something happening with someone on the show whether it is Dewey and his new squadron, the Gekkostate, or Renton and Eureka, which helps immensely when different characters aren’t doing much of anything at certain points. 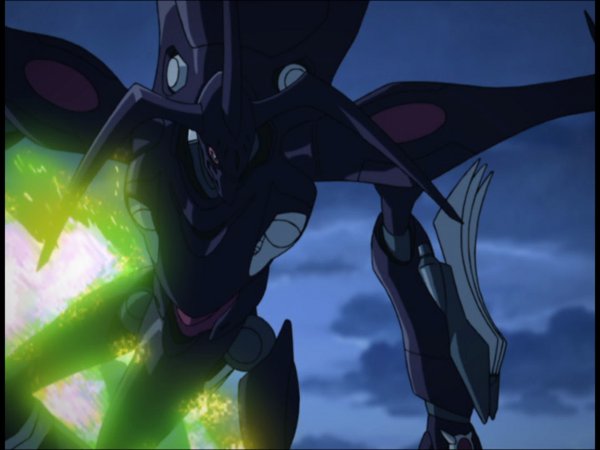 It’s very impressive just how much Part 2 is able to cover with just 24 episodes, while having 2 fewer episodes than Part 1, Part 2 is able to cover much more about the world in which they live. It’s great that not only does the anime do a good job explaining why everything works the way it does on their planet, but that it makes sense within the confines of the universe as well. Part 2 is able to address all of the loose ends and deal with them appropriately, from the depression disease, to the origins of the scub coral themselves, and Eureka’s role in everything.

In the end, Eureka Seven is able to answer all the pressing questions and neatly wrap everything up in a bow perfectly. Any episodes that seemed like almost filler even end up having some sort of significance in the end for the bigger picture, which is the true mark of a good series. 50 episodes total is the right amount to get everything just the way necessary, and even with the Gekkostate having such a large crew, everyone there is appropriately fleshed out as well as other side characters. For a show about sky surfing robots, Eureka Seven is able to paint a world that interesting to explore and learn about, so that it everything that happens to it matters. 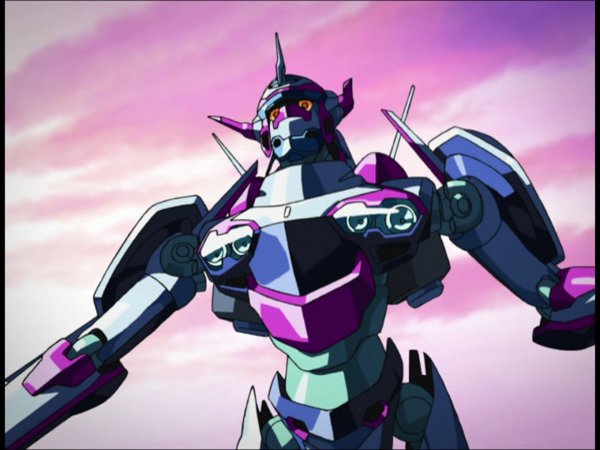 Visuals
While for the most part the visuals are much the same as Part 1, there are plenty more additions and changes that take place throughout the series. The Antibody Coralians are some of the most unique designs in the show that even their design makes sense within the context of the universe. Plus, the transformations that Nirvash and other LFOs go through also add some more variation to what the viewer gets to see. Likewise the changes that Renton, Eureka, and even Talho go through add even more to their characters as well, to show just how far they’ve come. Part 2 is able to not only match the quality of Part 1, but even go a tiny bit beyond it.

Audio
The music for the show continues to do a get job fitting the tone, especially as the show continues to have a darker and more mature tone, though there is still humor woven in. The first opening theme for Part 2 is “To the Center of the Sun” by Bivattachee which primary works on the theme of flying away, while the first ending theme, “Tip Taps Tip” by Halcali, focuses on trying to walk a path to the future. The second opening theme is “Sakura” by Nirgilis that uses the theme of falling in love, while the second ending theme, “Canvas” by Coolon, instead is about finding home after trying go alone. 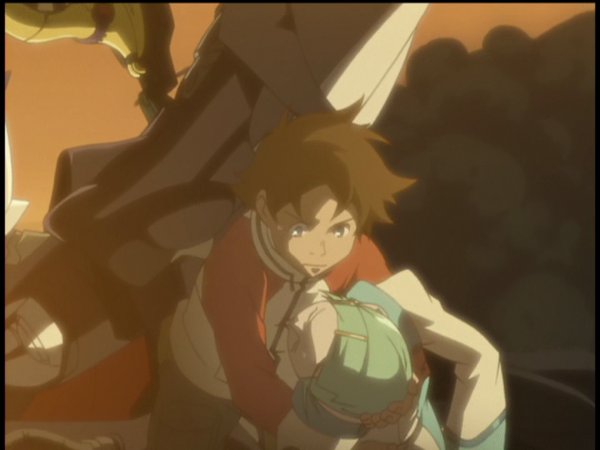 Where the first half only really had one really stand out voice, this second half has multiple characters go way and above where they started out to be more than just one dimensional. Like last time, Talho is even more amazing this time though, as well as Renton and Eureka both having impressive exchanges when their relationship has starts to become tense. The stand out this time though turns out to be Anemone, who has a pretty surprising turn of a character arc, which is highlighted by both the original Japanese and English dub. Those that liked the voice work in Part 1, should find even more to enjoy in this.

Extras
Like Part 1, Part 2 offers the surprising Japanese commentary on select episodes, while the vast majority of shows will simply have English or no commentaries. This still provides a nice different look at the process and a chance to hear the Japanese voice cast as themselves instead of as the characters. There are still the standard trailers of Eureka Seven, as well as other FUNimation releases, but in addition to the Japanese commentaries there are additional interviews with the English cast to make up for the lack of English commentaries, so that viewers can still hear the thoughts of the English cast on the production. 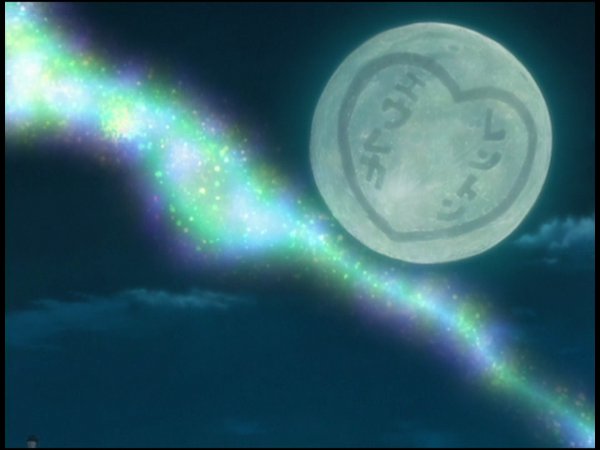 Overall
After seeing the original series, it is no small surprise that a sequel series was made, but with the problems that the sequel series ended up having it’s fantastic to see that they are its own fault and doesn’t stem from its origin. Eureka Seven Part 2 is able to not only finish off the story in a way that keeps the viewer engaged, but is able to handle all the loose ends. The visuals only get better as characters go through development and different LFOs go through vast improvements, while the audio is able to go farther by giving characters more depth with their development. Eureka Seven Part 2 is an unexpected improvement of Part 1, which was already good. There isn’t much more one can ask for.