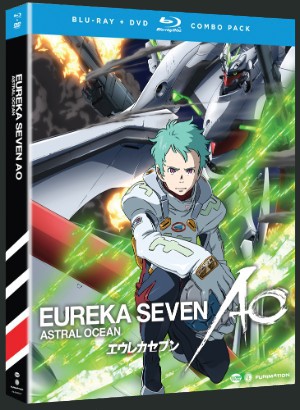 Overview
A sequel series to the Eureka Seven anime, Eureka Seven: AO brings the LFO’s to television after being absent for several years. Fans may be excited to see what is happening in the world of Eureka and Renton again, though the first thing viewers will notice is that neither is actually present. How does the lack of the title character impact the series? Read on to find out. 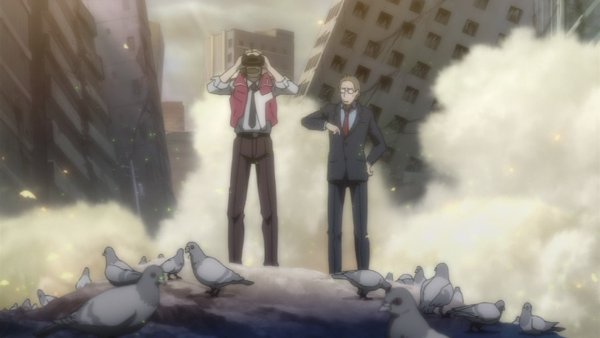 Story
The series is very peculiar in the fact that it is set in the year 2025 on Earth, which fans of the original series may find as confusing, while those that are new to the universe shouldn’t have any problem. The story starts out in a demolished city as members of Generation Bleu attempt to aid the situation, amidst idol talk of a blue haired woman who had be a great help but vanished. From here, the story takes to the island of Okinawa, which being disputed between China, Japan, and independence has a lot of ill will towards anyone that does not come from the island itself. Because of this the main character Ao, an outsider whose blue-haired mother gave birth to him on the island after she was rescued, has dealt with a lot of crap and whose closest friend is Naru, a sick girl treated by Ao’s adoptive grandfather.

While Ao may be the focus of the show, there is quite a cast of characters, a three man group lead by Gazelle who seek to find their way in the world, the Japanese Armed Forces trying to get a leg up in the world, and the previously mentioned Generation Bleu who continually save the world. One of the main problems with the show is that the characters are pretty quickly introduced and while additional major characters aren’t really added after the first half every person in the show seems to be in constant flux, changing from situation to situation. Gazelle’s group itself goes from trying to earn Okinawa’s independence single-handedly to going off to Generation Bleu. There are a few really interesting characters, but the major problem is that almost no one has set motivations often making it hard to tell how characters will react to any situation except waiting to see how it all plays out. 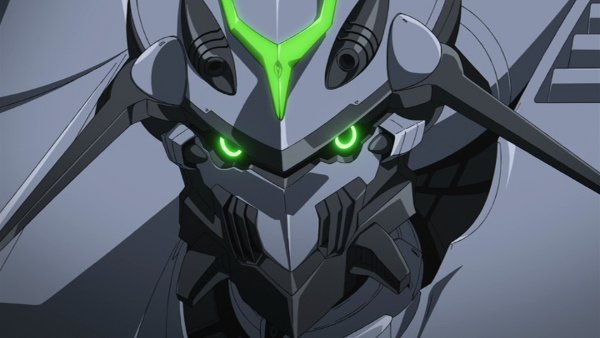 The episodes themselves are almost as lost and confused as the characters within them. So many of the elements of the show remain unexplained and the things that are explained are often unsatisfactorily so. Ao is explained to clearly be Eureka’s son from the original series, which was set 10,000 years in the future, so time travel? This would explain the Scub Coral arriving in the huge flashes of light, but not really cover who or what the Secrets that the LFOs are combating are, which were not part of the original series. In some way this series is like Blood C, a sequel, prequel, kinda thing that has the same name, but acts very much alone, though in the case of Eureka Seven: AO this is just the first part, which means no resolution or really any explanations.

Visuals
The visuals are very clean and well done and for once almost all the characters have very realistic features, such as hair and eyes with the exception of Ao and Eureka who are stated to be not human, or not fully human at least. There is one other character with made dyed maybe not pink hair, but she herself has multiple questions brought up about her with no solid resolution yet, but anyway all the characters, for the most part, look like normal people. At least the people anyway. 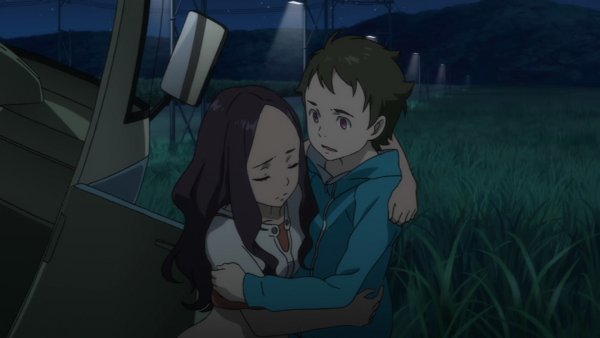 The most interesting aspect of the series are the LFOs, while Ao’s is a surfer robot on a board, the other LFO’s stay away from being humanoid. Brightly colored and with unique shapes and designs, the LFO’s of Generation Bleu are some of the most visually interesting things in the entire series, where other countries’ LFOs are all designed and painted similarly. The Generation Bleu LFOs are also visually distinct with how they are meant to operate and at least do act consistently in that regard as the ranged LFOs will actually stay at range for support.

Audio
The voice acting is certainly done well and at least the voice acting doesn’t suffer despite all the dramatic changes in characters throughout the show. Between the English and Japanese, viewers shouldn’t worry about which would be the preferred version as both stand up pretty well to one another. 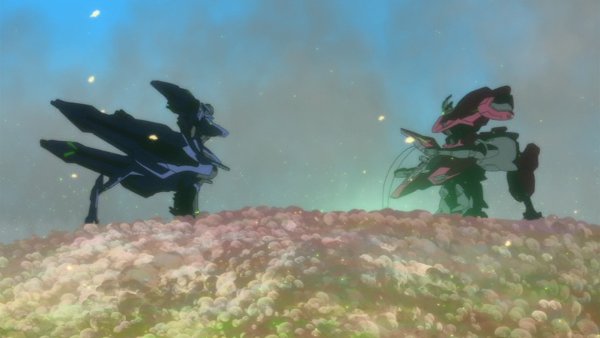 The music throughout the series does a pretty good job on encapsulating the feelings during the none combat oriented episodes of the show, which there are a few. It compliments the world building taken to show off what the Earth of 2025 is like and the people that live in it. The opening theme “Escape” by Hemenway is a standard rock style song that captures the themes of Ao trying to find answer, even if there are so far none in this first part. The ending theme “Stand by Me” by Stereopony follows much like the opening theme except focused more on the themes of sticking with those you care about and trying to find them again.

Extras
While this first part of the series has a few problems with maintaining consistent characters and answering any questions that come up, one of the positives of the series is the special features at least does offer a little more than the standard commentary, clean opening and ending, and trailers. In addition to all those standard features is a special making of video titled “Inside the Booth: Eureka Seven AO”, which actually shows off some of the process that FUNimation has for recording lines. For those that are curious about how the voice actors go about their job and the process of fitting the lines to the animation, it gives a lot of interesting information. Another curiosity viewers may find is the fact that there are in fact 4 opening and 3 ending themes, which allows viewers to see and try to pick the subtle differences as the series continued. 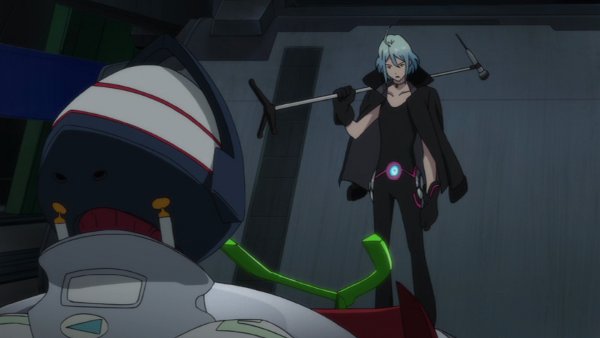 Overall
While the series itself has a few problems related to pace and characters, it is an interesting series. Fans of the original series may have far more questions than new viewers, so in some ways it might be more of a series for those less familiar with the series. The visuals are very vibrant, especially for the LFO, Secrets, and Scub Coral those not much else stands out. The audio is very par and certainly meets the standard of today’s anime and the extras have one stand out feature. Though ultimately Eureka Seven: AO suffers from the problems of its story, perhaps the next part will fill in those answers that the series so desperately needs.