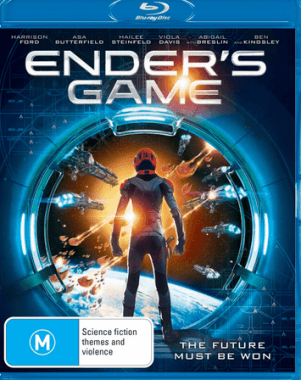 Ender’s Game excels from the page of Orson Scott Card’s original sci-fi classic novel, into an on-screen simulation run by director and screenplay writer, Gaven Hood. For a film that has taken 20 years to adapt, there is no denying that the expectations for the action adventure movie exceed the distance between earth and the moon. Ender’s Game is not simply a film adaption, but a visionary experience for the endless possibilities that the future holds for space. The question is whether or not an all-star cast can make the almighty leap across gravity to impress the audience.

Ender’s Game draws upon a meaningful and intriguing story, which centres on the blur between reality and fantasy and dimensions of good and evil. The International Military are searching for the best young minds to enter their training program at battle school in space, to find a hero worthy of replacing the legendary Mazer Rackham (Ben Kingsley), from the hostile alien species – the Formics.

From the beginning of the film, the audience grasp that Andrew “Ender” Wiggin (Asa Butterfield) is a young person struggling with a dual agenda and trying to define their moral values. One side of him is compassionate and caring, much like his loving sister, Valentine (Abigail Breslin); whilst the other side is tormented with aggression and malevolence, derived from his abusive brother, Peter (Jimmy ‘Jax’ Pinchak). 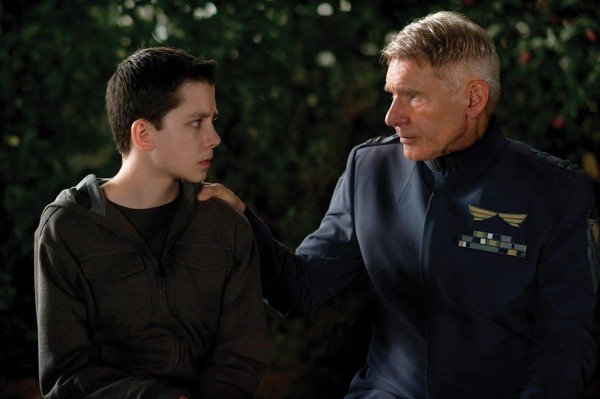 Ender is put to the test when he is confronted by a group of bullies at school, as revenge for humiliating the ring leader in a one vs. one battle simulation. Unaware that he is being monitored by the International Military, Ender takes down the biggest threat to prevent all future attacks. During dinner that night, Ender and his family receive a surprise visit from Colonel Graff (Harrison Ford) and Major Gwen Anderson (Viola Davis), with news that Ender has successfully passed the final testing stage for admission into battle school. Despite the Wiggin family refusing Colonel Graff’s decision for their son to join the program, Ender has no other choice but to follow military orders and defend the human race.

Upon arrival at the military space battle school, Colonel Graff ensures that Ender is alienated for being the most intelligent recruit and assigned the task of becoming a leader of the other cadets (“launchees”). The power-play throughout the film escalates, when Ender challenges Sergeant Dap (Nonso Anozie) about his right to ask a legitimate question and is commanded to do 100 push-ups as punishment for back-talking. As a result, Ender earns the respect of his fellow launchees and forms alliances with several crew-mates.

As a way of monitoring the launchee’s progress in the program, Major Gwen Anderson designs a mind game that enables her to observe their emotional responses to an impossible situation. When Ender attempts the mind game, he resorts to a horrendous act to win, because violence is necessary to defeat the enemy. Colonel Graff takes advantage of Ender’s state of mind and promotes him to the next level to further develop his training. 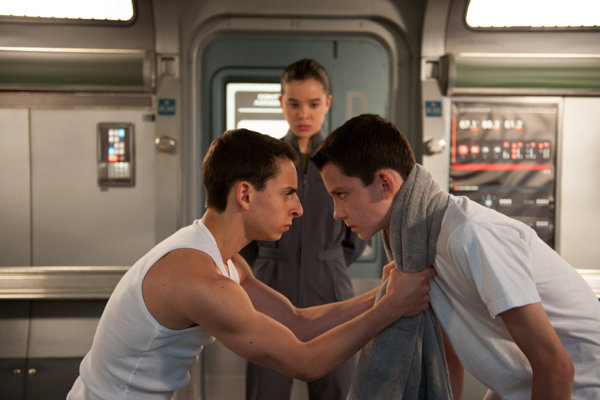 Ender’s promotion involves him relocating to a new base and joining the Salamander army. On the first meeting, there is an immediate clash in personalities amongst Ender and the squad leader, Bonzo Madrid (Moises Arias). Bonzo tries his best to isolate Ender from the team out of fear that Ender is a better leader, in addition to developing a relationship with female launchee Petra Arkanian (Hailee Steinfeld). As time progresses, Ender proves himself through feats of bravery and valour in the battle room and that he may in fact, be the chosen one to end the war against the Formics. Colonel Graff finally assigns Ender the right to lead his own squad, the Dragon army, with the hopes that they will be the winning team.

Promising results in battle simulations by the Dragon army gain Ender unwanted attention from his ex-squad leader. Unsurprisingly, Bonzo ambushes Ender in an attempt to incapacitate him out of jealousy and anger, however, this backfires when Ender hospitalizes him out of retaliation. Consequently, Ender quits battle school out of guilt and comes to the realisation that the battle isn’t about just winning, rather how you win; a paradigm which persists throughout the film.

Colonel Graff persuades Ender that he is needed on the front lines, to end the war against the Formics. With the help of Valentine, Ender begrudgingly accepts to complete the mission. Once Ender returns, the Dragon army run through a series of realistic battle simulations against the Formics. The squad demonstrates that they are proficient commanders of a fleet of ships through these simulations and meet the expectations of Mazer Rackham and the International Military. However, the final simulation proves to be more than what was promised for the Dragon army and ultimately changes Ender’s plan of game. 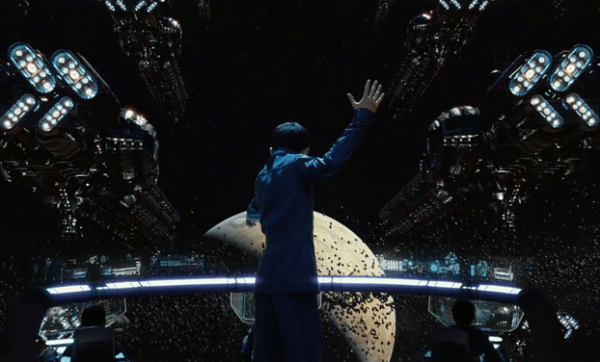 The zero gravity military battle school is by far the most impressive feature of Ender’s Game. With Digital Domain joining the team for the production of the film, visual effect supervisors Matthew Butler and David Hodgins helped Ender conduct the most realistic and phenomenal universe within space. Furthermore, the extra-terrestrial spaces, known as ‘Formics’, are an absolutely stunning creation from the fantastic work of the creature designer, Tully Summers and CG Supervisor, Hanzhi Tang. The ant-like creatures possess traits of a praying mantis, live in underground colonies and work through the mind of the Hive Queen.

Composer, Steve Jablonsky conducts a magical score of great depth, with a magnificent orchestra to captivate the audience’s imagination in Ender’s Game. The most mesmerising tracks include, ‘The Battle Room’, ‘Dragon Army’ and ‘Dragon’s Win’, all of which are pronounced by energetic rhythms to highlight the action and emotion within the scenes.

The Blu-ray edition of Ender’s Game offers a multitude of special features for viewers to explore behind the scenes and meet the production team, director and impressive cast members. There are two audio commentaries of the film, with insights from both Gaven Hood and the producers, Gigi Pritzker and Roberto Orci.

In addition, a 50-minute documentary titled “Ender’s World” transports the audience into the very core of the film. To prepare for the mission, the cast were subjected to training in a space and boot camp to adhere to the militaria environment. Gaven Hood was able to assist the team in achieving their best performance, with his own experience as a young soldier in the army. 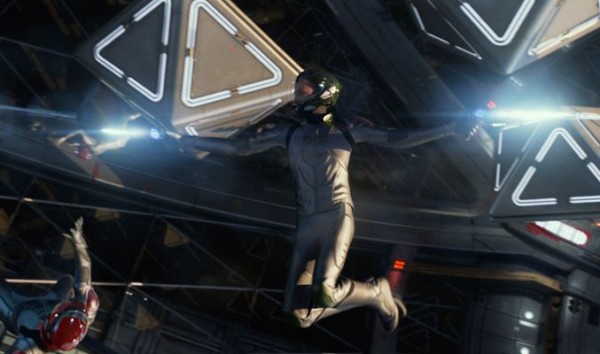 What I found to be the most interesting aspect was the layers of artwork and design that went into creating the Mind Game. It was impressive to see Gaven take on the role of the threatening ‘Giant’, preventing the mouse from reaching fairyland. The concept of the Mind Game as a platform for generating thoughts and feelings, really worked well for establishing a link between the Queen of the Formic and Ender towards the end of the film.

Ender’s Game is a brilliant sci-fi action film on its own accord and satisfying representation of Orson Scott Card’s novel. Asa Butterfield gives a tremendous performance as Ender, whose journey leads to a captivating anecdote about true leadership consisting of both good and evil. One of the most memorable quotes of Ender’s appears at the beginning of the film and towards the end; “When I understand my enemy well enough to defeat him, then in that moment, I also love him.” Ender’s Game gives the audience an incentive to go beyond the on-screen simulation and re-read or read for the first time the series of novels.