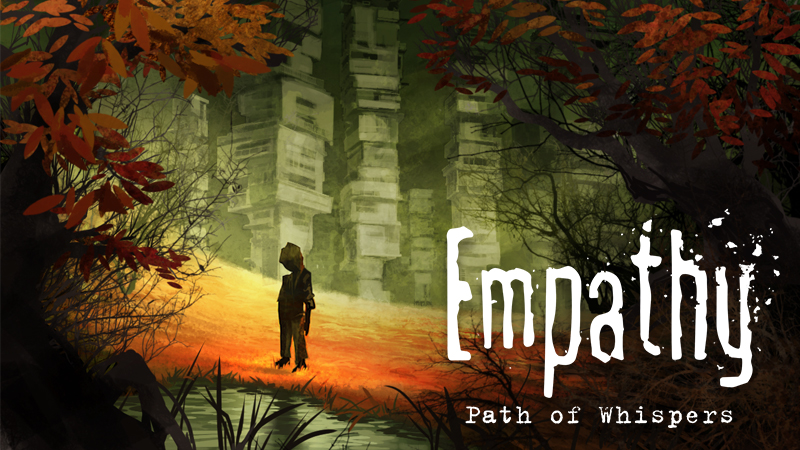 Walking Simulators are games that you have to approach with a specific state of mind. They’re made to be meditative,  thought-provoking games that you play at your own pace. No pressure to get anywhere fast and no one is chasing you. For this to work, a typical walking sim is supposed to have a strong foundation on a compelling story, great atmosphere and eye-candy visuals as a cherry on top. So does Empathy: Path of Whispers passes all the checkmarks with flying colors? Well, there’s only one way to find out (spoiler: by reading the rest of this review).

The game opens up with a slideshow of paintings (well-drawn paintings, even) and a narrator giving us the first taste of the story. According to him, “something happened” and “violence soon took to the streets” (wow, talk about being vague). The world is in shambles but there is still hope for it to be saved. The narrator doesn’t tell us exactly how yet, only that we need to find a certain room with him but hey, I’ll take what I can get. Not that all of that tells us much, we only went from knowing nothing to almost nothing. Next, we’re thrown into a room (not the same one as the narrator mentioned, otherwise this would be a really short game) with a big control panel and one nifty tool that will be our companion for the rest of the game.  Besides having our right hand constantly occupied from now, E-15P energy scanner introduces us with the main mechanic of the game. As much as the world is torn apart there are still remnants left by the former citizens. These are called mementos and they can be almost anything, ranging from various tools to common household objects. You can usually recognize them by seeing a bit of static on them and having a bluish glow. Pointing out the E-15P in their direction and scanning them properly aligns them back into our world. We’re also rewarded with a short audio recording giving us a tiny glimpse into the story. 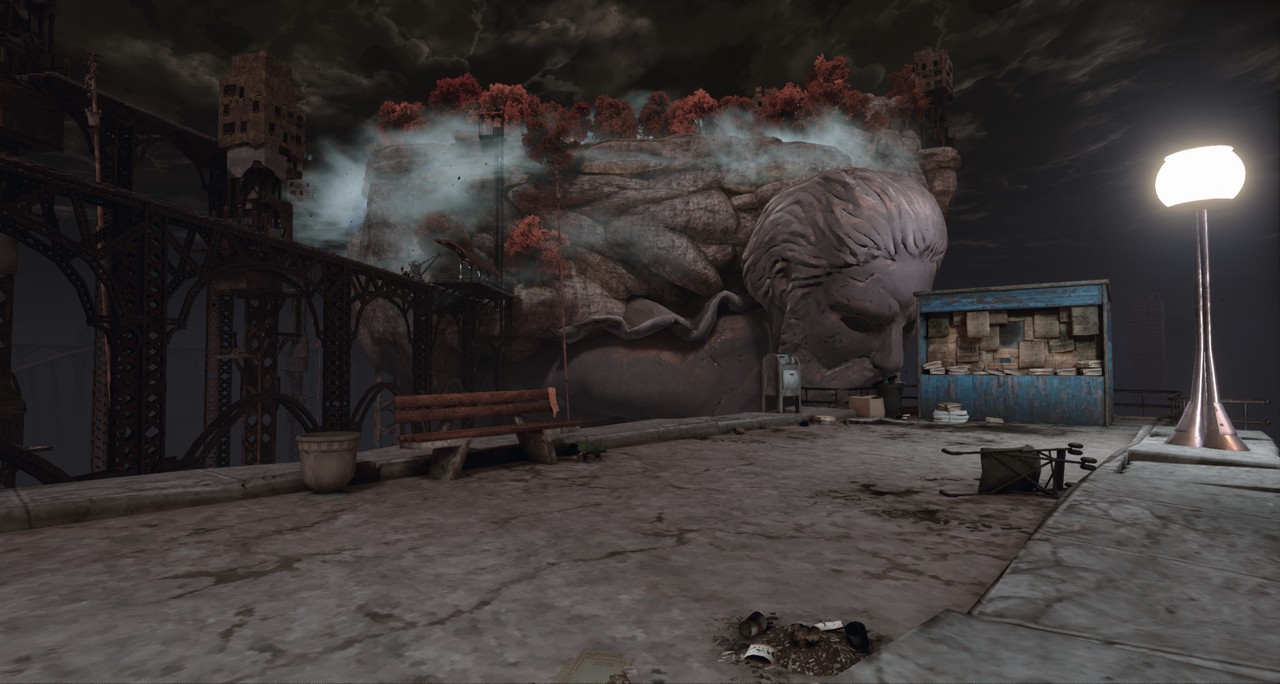 The game is divided into acts aka levels and every act follows a standard formula. There’s usually one main point of interest in a level, a door to unlock or a machine to start up and we do that by discovering all mementos in the area. To avoid a lot of empty walks, our scanner also has a built in radar so we can easily pinpoint those mementos. Unfortunately, that also means that most of the time you can just sprint around, zig-zagging all over the place till you scan enough mementos and the game tells you “that’s it, go here now connect the pieces and finish the level”. On the other hand, the visual angle of the game is good enough to distract us from accidental speedrunning so let’s talk more about that in the next segment. 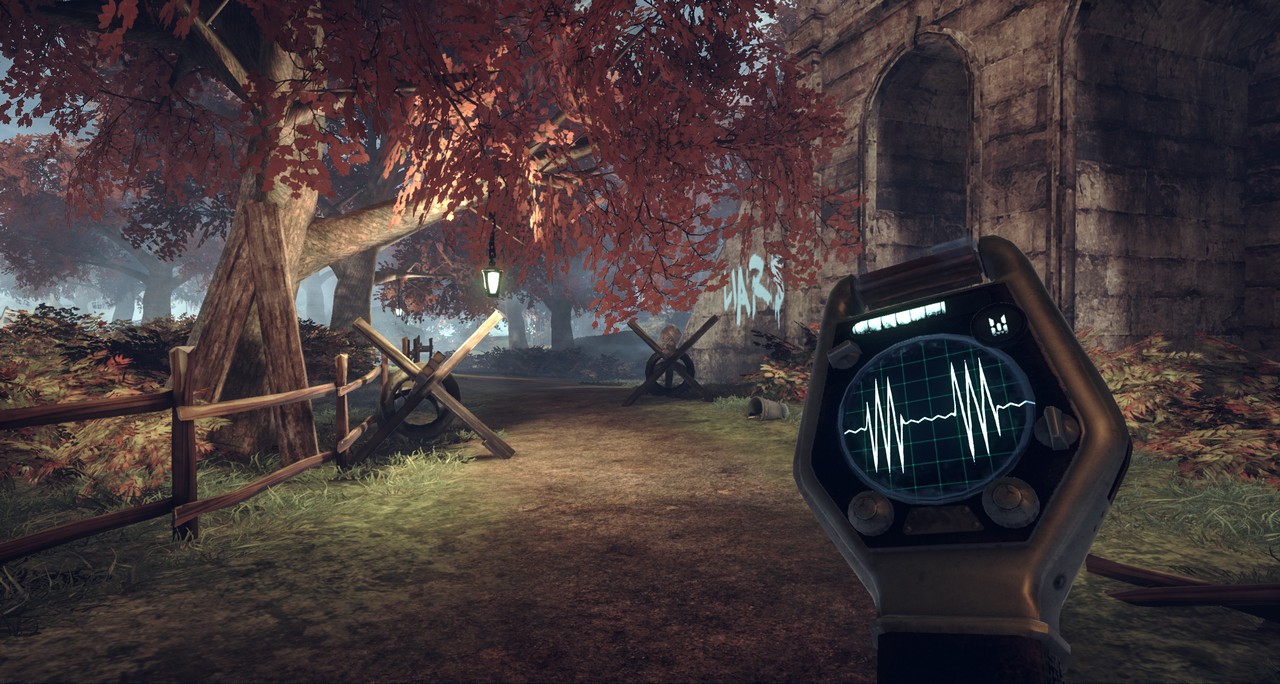 The game has four presets that impact the quality of visuals: low, medium, high and ultra. In reality, there are only two:  absolutely stunning and “is my graphics card dead now?” Seriously though, anything below high is not worth mentioning (or playing). The downgrade in quality after the high setting is horrendous but considering that the requirements for the game are not taxing at all, it’s hardly an issue. So unless you’re playing on a 10-year old rig there’s nothing to worry about.  The game is well aware of what it can offer on the visual front. The first act of the game introduces us to a  sector of Atlas Park consisting of a beautiful forest and cozy lake at midnight. I actually spent most of my time there despite the area having only 2-3 required mementos to find. Every corner and a turn I took was a perfect screenshot material. This aspect of the game would be even more impressive if it weren’t for some underwhelming level choices later. The next act threw me into one of the blandest and uninspiring areas of the game. As much as it was important and integral to the story, I raced to finish it as fast as I could. Although I was handsomely rewarded by arriving in Eagleview next (one of the most beautiful locations in the game), it’s not really a good sign when a game has “that one level we all despise”. 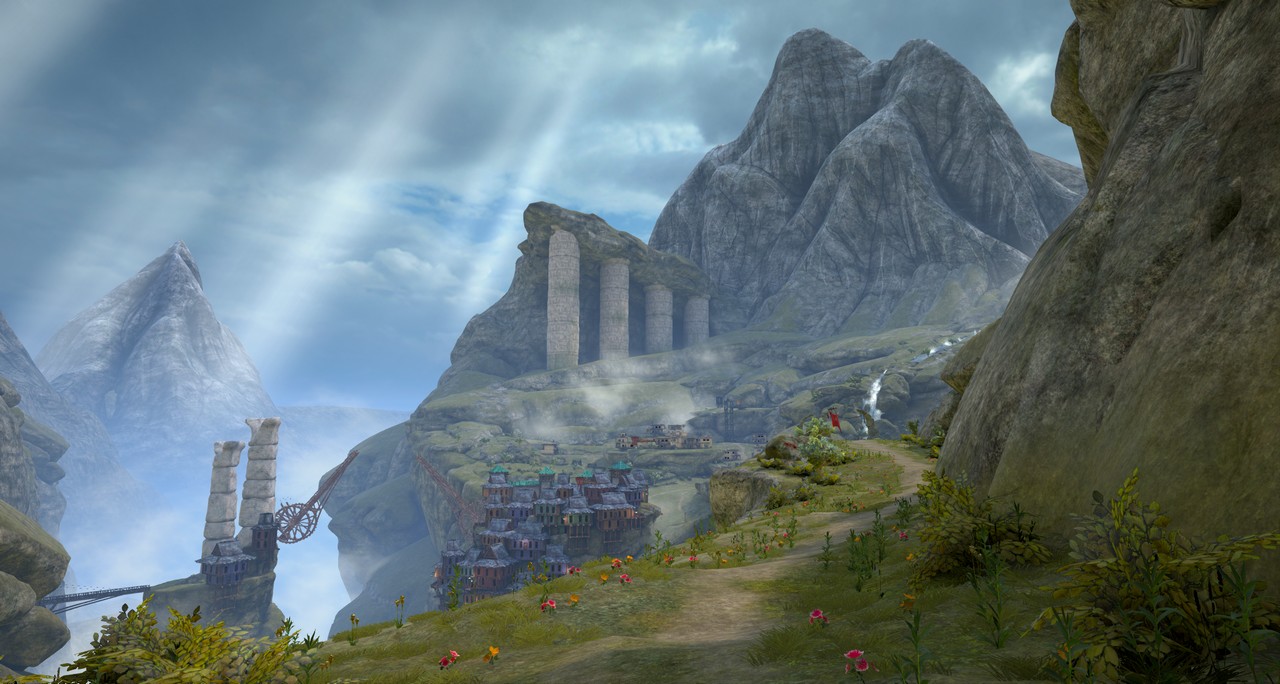 The soundtrack in Empathy: Path of Whispers is on par with visuals, except it doesn’t have “that one tune we all despise”. Most of the time we are accompanied with soothing piano renditions but sometimes it will take a turn to eerie notes. It works great paired with certain ominous locations in the game. The only thing that bugged me is why the narrator had to be so chatty at the start of the game. I know that the world is all screwed and in danger, but let me just enjoy some nice music while I can. Still, don’t take this as a jab at the voice acting in any way. He might have been a bit clingy at the start but the audio recordings you scavenge around show some remarkable voice acting throughout the game. Considering that the only thing I wanted was that music wouldn’t be too annoying, I’d say I got more than I bargained for. 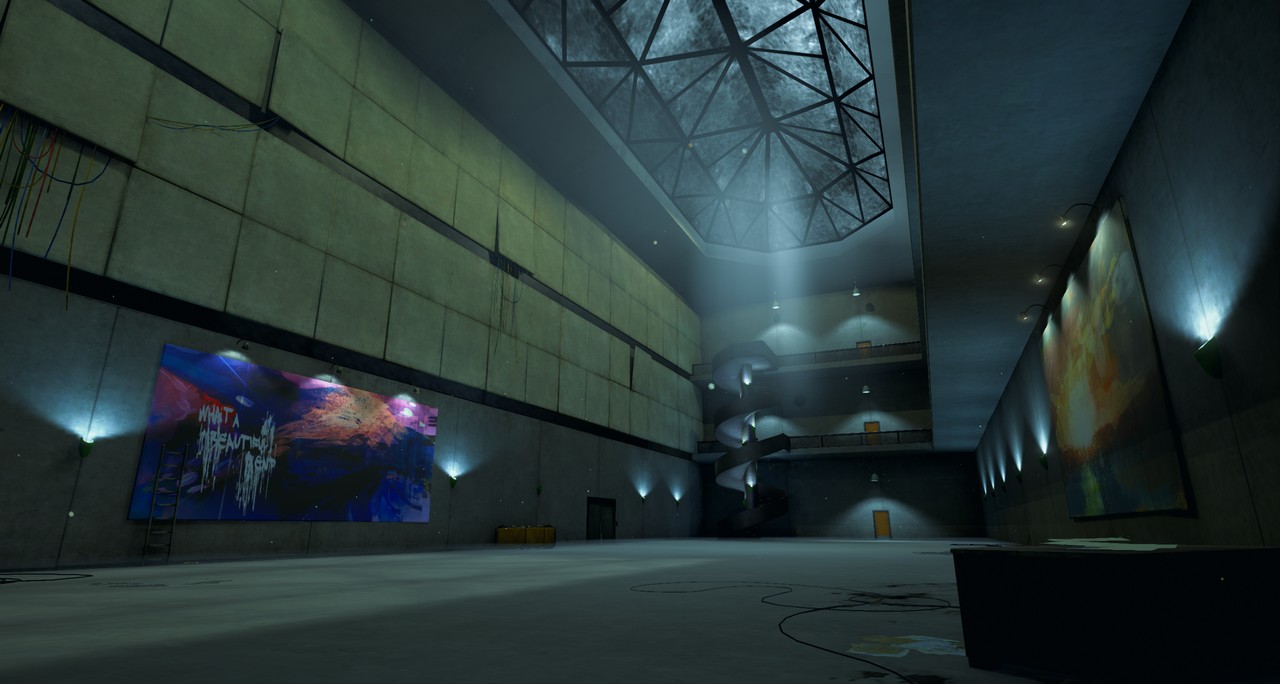 Empathy: Path of Whispers is a game that took a look at other walking sims and decided not to repeat some common mistakes. Along with that path, it also made a few of its own. The story is rather interesting near the end when everything finally pieces together, but before that happens it hardly serves as a driving force behind all the exploring. What pushes this game above mediocrity is great visuals, good soundtrack but not storytelling. It’s all great once you get the full picture but the execution leaves a lot to be desired. Nevertheless, If walking simulators are your thing, I’m certain you’re welcome this game with open arms. I know I enjoyed it, it only irks me how a few missteps are what prevents this good game from being great.
Capsule Computers review guidelines can be found here.