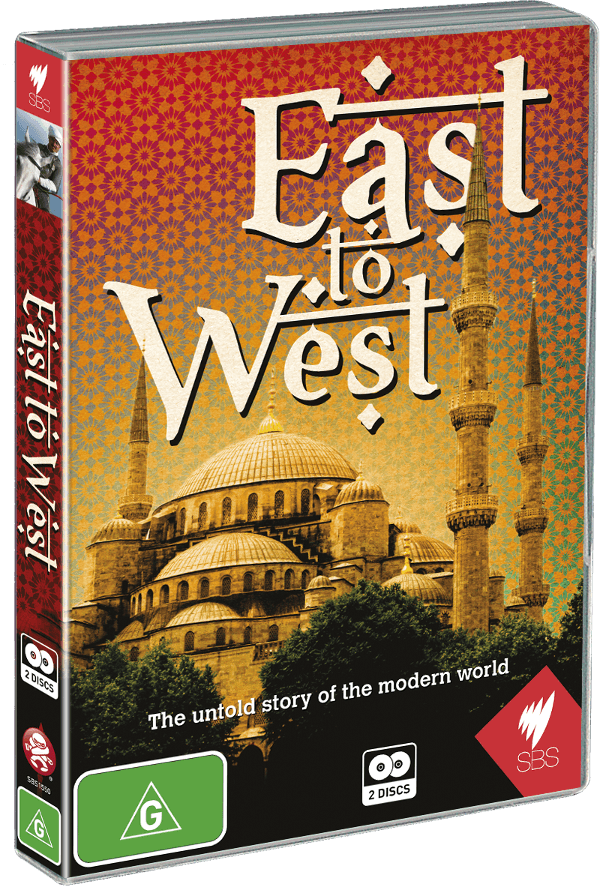 Covering from 10,000 B.C. to the nineteen hundreds, East to West attempts to map the history of the Middle East. It’s the celebration of a cosmopolitan string of societies that sought to civilise the world through art, science and spirituality. Some people forget that while the West was going through the Middle Ages, the East was developing revelations in design, maths, medicine and empire building. Defining the ‘East’ only goes as far as pointing it out as an antagonist to the ‘West’; a tension that this series acknowledges but ultimately shuns. Instead of this bleak world view, we’re shown how interactions between the two cultures helped each one grow to new glorious heights. Ending on the final days of the Ottoman Empire, East to West is a history buff’s gold mine of information on the Middle East. 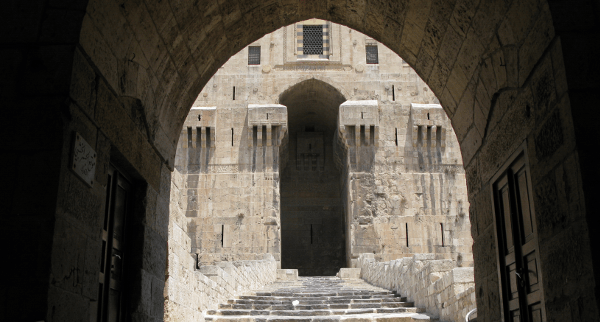 Seven fifty-five minute long episodes dissect definitive movements in Middle Eastern culture, roughly chronologically. Approaching such a vast topic means that functionally the production can’t just go from beginning to end. Organised as social movements that flow through the history of the East, each episode tries to capture the core tenets that defined society at the time. Episode one handles the task of geographically framing the fundamentally slippery concept of ‘the East.’ Much like the other episodes, these framing devices serve to create a thread from which the documentary takes tangents. For example, this episode uses the location of Mesopotamia as a rationale to explore the creation of writing which in turn allows the film makers to look at the Trojan mythos in an attempt to understand the mutual impacts each culture has had on each other.

After this establishing hour, we are then taken through the emergence of monotheism. Religion is at the forefront of this series as many of the principals behind modern religions find their historical antecedent in the East. Understanding the mixed emergence of the Abrahamic religions is of importance, yet we aren’t shown that growth for a few more episodes. Instead we’re taken to Egypt, where Akhenaten’s rogue leadership as Pharaoh creates a short lived monotheistic empire. Global cultural development is always considered intertwined here as the disparate development of ideas is plotted in a continuum of human development. In my opinion this is a very clever way to demonstrate this show’s core thesis – we are where we are today not because of the achievements of one culture but through the mutual development of technology and society. 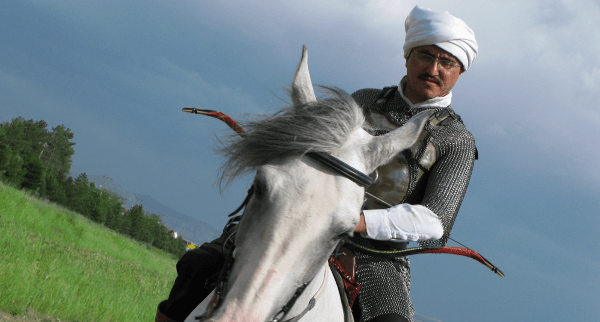 With the appearance of Islam, the series ramps up to a new scope. Both empires and missionaries force the dispersion of the religion further east than India and as far West as Al-Andalas, which is now modern day Spain. Swapping between a bird’s eye view of empire after empire to every day urban life at the seats of power, a massive breadth of human experience is covered. Intriguingly, early Islam is defined by an acceptance of science at its very heart, as a form of adoration to Allah. As a result, during this period the East goes through a massive technological development phase, one that will set the scene for a European Renaissance several centuries down the road. The series wraps up dissecting the Asian Crucible and the emergence of the Ottomans. The vast expanse of the Ottoman Empire still resonates with me. In fact, the Ottomans are given two full episodes in order to cover their greatness. Considering the length of time covered within this documentary, the extended focus on the Ottomans shows the sheer importance of their culture on the modern world.

East to West is a tome dedicated to human progress. Each collapsed civilisation is mourned. Interaction between conflicting cultures is celebrated as an achievement of humans against cultural adversity. If you want to observe the grandure of the human will, you won’t want to miss this series. Evoking images of a life far behind us East to West is a thorough break down of our muddied past. A mix of our successes and our failures, the importance of the East in the arc of development cannot be ignored. 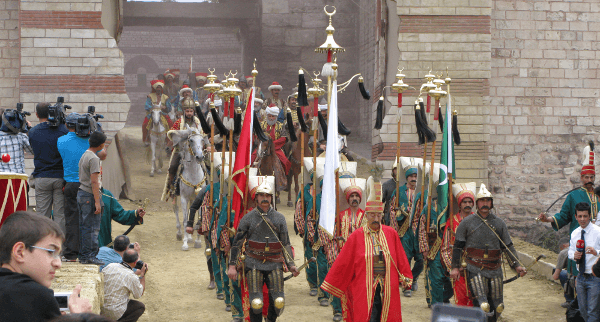 There are no special features in this package. With the wealth of content they’re put together in one box set I can see why it was excluded. Unfortunately when it comes to programmes this large my interest in how it was put together is always piqued. By the same token this is a very long series. After the eighth hour of info-dumping I imagine most audiences would be exhausted, hence not needing any special features. Personally, I can definitely feel their absence though. When David Attenborough has a making of for each episode in his documentaries there’s a standard created for others in the field. This exclusion really means I can’t see this DVD set as ‘whole.’

It’s impossible to find better locations than the ones found in this series. The nature of Eastern architecture certainly isn’t subtle, rather we’re shown ornate mosques, theatres and palaces from around the globe. Even if you weren’t interested in the content of this series I’m sure many would enjoy the lush imagery that is consistently pushed onto the screen. Often we forget that before many of our contemporary wars places like Iraq were oases, jewels in the crown of vast empires. Painstaking research and location shooting pays off massively for this series, as a large audience would be drawn to this series to understand the unknown. In some respects, this documentary is reminiscent of the curiosity cabinets famous in nineteenth century Europe, jammed with oddities from the East. The scale of this project will not be lost on anyone simply due to the clean manner in which it has been brought to the screen. 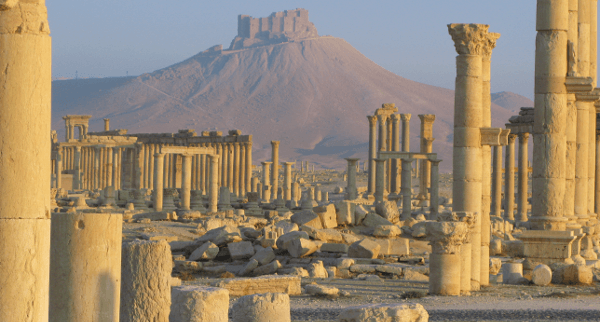 Editing choices is the only area which East to West falters in. There’s a terrible wipe transition that has poorly keyed out clouds in it that plays before every historical flashback. Considering how unnecessary the wipe is in the first place, I don’t understand why they went with it. A simple cut to is common in documentaries for a reason: clarity. Sure, they were trying to punctuate a shift in time periods and that’s a professional choice. It could have been a specific kind of fade or a wipe that didn’t have a graphic forced over it, yet they ran with the visual asset they had. I wonder if they really thought it looked good or if it was one of the last effects they added in, keeping it only so they didn’t need to return to the office. Other than this gripe most of the editing is clean, particularly the maps. Crucially, the maps aren’t only well laid out but are used as bookends to segments. This structural choice helps inform the audience of what’s coming next in a well articulated way.

Audio only serves a role in fleshing out the imagery on screen, nothing more. Music often defines a culture, and here they do explore that side. It’s never done in a way where they bring it to the forefront of their concerns however. For the makers of this series, music plays second fiddle to philosophy. Talking heads are selected for their academic skills which means all of the spoken content is relevant at all stages. A mix of Eastern and Western academics provides balance in understanding how the two cultures perceive their impact on each other. All of them speak with great reverence to the societies that have preceded them. It’s enough to make you go misty eyed over the success of human ambition, when you aren’t lapping up huge bulks of history. 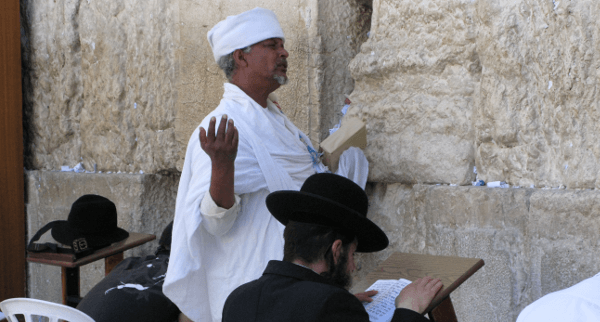 I have no doubt that this is exactly the documentary the makers set out to capture. From the opening sequence the audience can tell the massive efforts and international collusion that went into creating East to West. A more glorious story could not be chosen, and through the presentation style we are made acutely aware of that fact. If you want to witness the birth of civilisation you will want to watch this show. There is an audience I feel that needs to be exposed to East to West. My understanding of Eastern history and cultures was pretty narrow before watching this and I have to say I’ve changed my perspective on history. Some segments, such as the one that highlights the importance of Islamic scholars to the Renaissance, shocked me even though I was already aware of some cultural cross over. Documentary lovers will probably want this set in their collection in order to have a ‘definitive’ exploration of the East, if they’re the type that has a personal library.