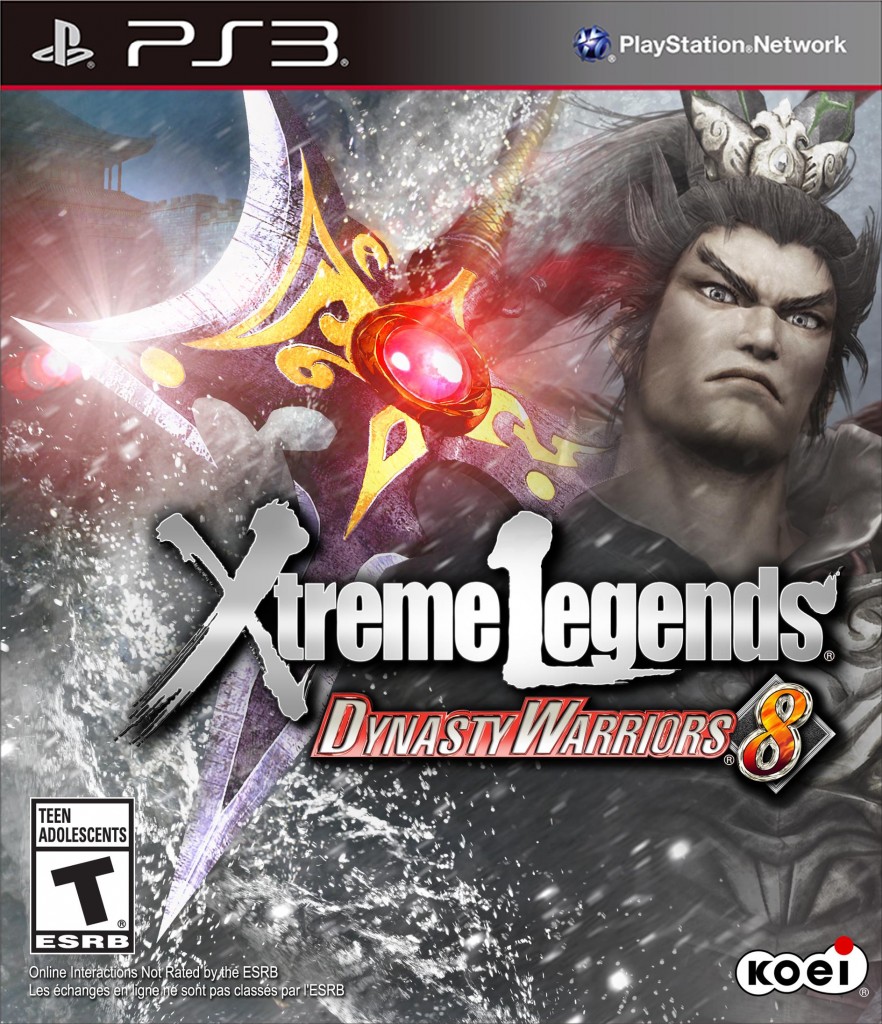 Overview
Many people can look at the Dynasty Warriors games and believe that Tecmo Koei is milking the franchise since almost every numbered release is accompanied by usually two subsequent releases with additional content. With Dynasty Warriors 8 hitting shelves in the middle of last year, Dynasty Warriors 8: Xtreme Legends is already in for an uphill battle but has Omega Force added enough to this game to make it worthwhile?

Story
Now as you should notice from the name of this review and the information shown above, this review is for the PlayStation 3 version of the game that does not feature the “Complete Edition.” This means that unless the player has a save file from the original Dynasty Warriors 8, a game that was available for both the PS3 and 360 at launch, then they will find themselves stunted as far as the game’s story missions are concerned.

You see, if the player does not have a Dynasty Warriors 8 save file, the main story missions for the kingdoms of Wei, Wu, Shu, and Jin are locked although various side missions for each story are still playable. If you do have a save file from the original game, then you can access all of this content without any issue. 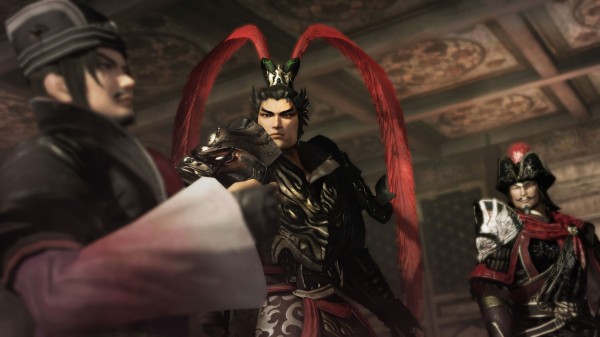 However the big highlight of Xtreme Legends is the fact that the company has chosen to focus on one of the most recognizable characters in the Dynasty Warriors series by giving him his own real storyline for the first time. I am talking of course about Lu Bu. He has been given his own storyline along with a few new characters to help expand his story and keep things fresh.

Along with Lu Bu’s story a few extra story segments have also been included for the other kingdoms, as well as a new character each, which means that despite this being mostly the same story for returning fans, there is hours of additional story battles waiting to be played through.

Gameplay
With an absolutely staggering number of characters to play as Dynasty Warriors 8: Xtreme Legends plays the exact same way as the original game outside of some minor touching up here and there. This means that the weapon affinity system where Heaven, Man, and Earth affinity weapons are played off of one another in a triangle system where weapons can be ineffective and do less damage, not knockback enemies, and leave players open for counterattacks or be powerful and do more damage and ensnare enemies into a whirlwind style attack called Storm Rush. 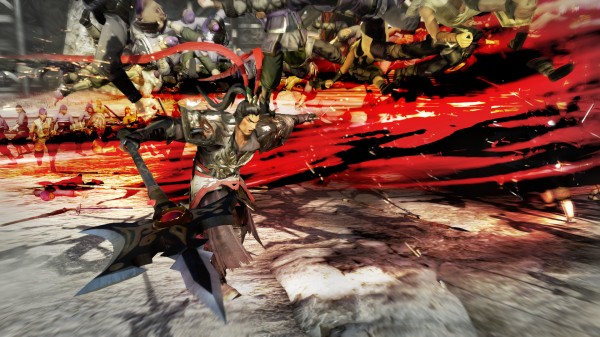 The other returning improvements including a Rage meter that allows the player to, when the meter is full, enter a state that allows the player to move fast, deal strong damage with normal attacks, barely take any damage from enemies, and unleash a wave of Musou style attacks until their rage meter is emptied and the ability to call and mount your horse without breaking stride by holding the button remain in the game.

Most of the new and refined gameplay in Dynasty Warriors 8: Xtreme Legends comes from the new characters introduced to the game this time around, a couple of new battlegrounds, enhancements to other game modes, and the ability to bring up to three bodyguards into battle that can be managed to fit your playstyle. With this release we see Lu Linqi, Lu Bu’s daughter, Chen Gong, Fa Zheng, Zhu Ran, and Yu Jin enter the fray for the first time and with them come a few new weapons and some returning favorites.

Chen Gong uses a Tactic Scroll that is absurd in more than one way as its basic attacks see him attacking enemies with the unwinding scroll but these combos can be extended by summoning archers, lancers, and cavalry to attack enemies as well. Continuing with the odd weapons, Fa Zheng wields a cloth tapestry weapon that allows him to whip enemies with the cloth, tie them up with it and even throw it like a magic carpet at times. Moving away from the strange weaponry we have more conventional weapons such as Zhu Ran’s flame bow which is a more fast paced bow weapon, Yu Jin who uses a conventional trident that players have seen before, and a returning fan favorite with Lu Linqi wielding Lu Bu’s old cross-pike to great effect. 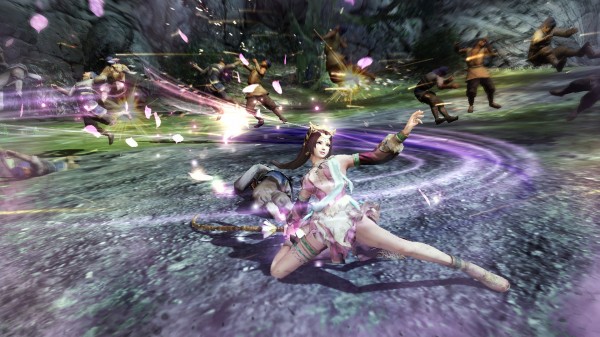 Moving away from the new characters, some old characters have been given extra EX attacks, rare and difficult to obtain six star weaponry has been added into the title, and the game now features a level cap of 150 compared to 99 which is useful if you feel like challenging the “Ultimate” difficulty mode which takes the already ridiculous difficulty of Chaos to an indescribable level, though the ability to fuse weapons now also helps the player a bit since players can choose to fuse together weaponry to create their ultimate weapon with the best status effects and attached skills, though doing so will require a lot of grinding.

Said grinding is going to be done through the game’s Ambition mode which has remained the same to begin with but features an entirely new post-Tongqueitai section. While the player still needs to complete the same tasks in Ambition mode to build that building, once they do so they are able to take advantage of a stripped down conquest mode where they can battle it out to gain more territory in battles that are different from your standard fair and help change things up a bit. 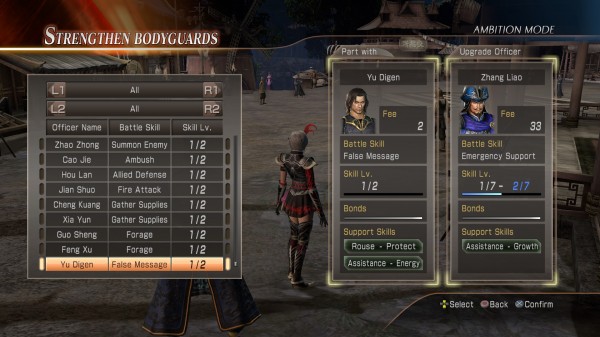 With these modes all wrapped up there is also the inclusion of a Challenge mode that allows the player to take on a number of fun little game types that see the player trying to compete for the best score and post it up on the leaderboards. Free Mode has also been touched up a bit to make playing through stages have additional goals besides simply completing the fight.

Visuals
It is worth noting that since this review is for the PlayStation 3 version of the game the graphics are going to be similar to what was found in Dynasty Warriors 8. That being said, the last time I reviewed the game was on the Xbox 360 and compared to that version, Dynasty Warriors 8: Xtreme Legends does not experience any of the slowdown in Ambition mode that the other title did, but it does drag a bit during intense battles or when unleashing an area clearing rage fueled musou attack. 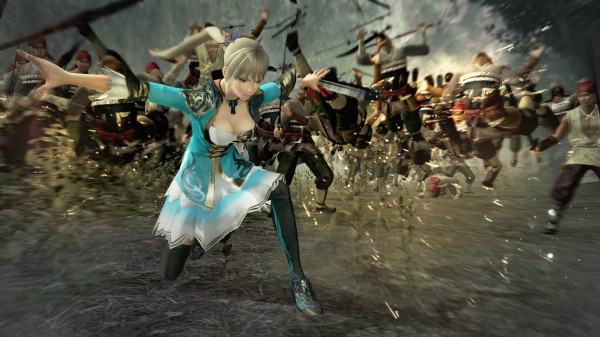 As for the actual character designs and looks of the fighters and stages, they remain the same as before though the new characters look quite impressive in this release, with Lu Linqui, Chen Gong, and Fa Zheng really standing out.

Audio
With the release of Dynasty Warriors 8: Xtreme Legends the English voice work for the characters in the game’s battles remain the same and similar to the past release, all of the story intro during the load screens does not feature any voice work which means players will need to be reading these events. The newly added characters voice actors are suitable for the game and fall into their roles well, which is good since Lu Bu’s group is focused on so heavily this time around. 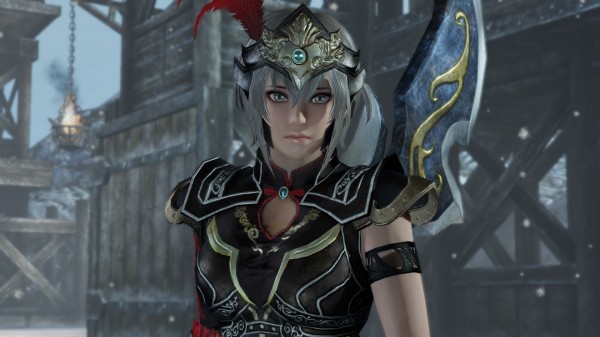 The game’s signature background music returns throughout Dynasty Warriors 8: Xtreme Legends with countless pieces of background music that make it hard to actually pick a favorite. Each song has its own sound but they tend to fall to the wayside when everything sounds like fast paced background rock that is suitable for slaying thousands of soldiers.

Overall
Dynasty Warriors 8: Xtreme Legends may be just another re-release to some but for many it is a great way to keep highlighting what makes the series worthwhile. By focusing on one of the more popular characters and making Lu Bu’s story the forefront of this release, though it might be the only story if you do not import your Dynasty Warriors 8 save data, players have additional story content to go through as well as a decent amount of new content to explore and some brand new fighters to enter the fray with.