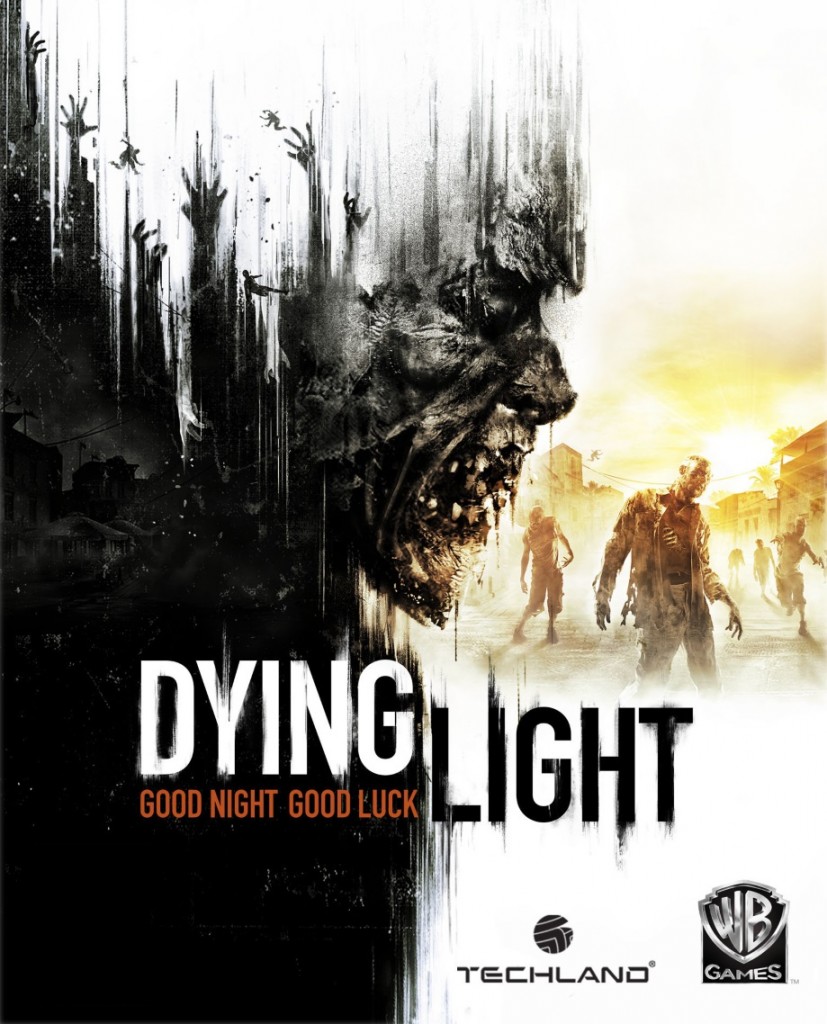 Dying Light is the third zombie FPS from Techland, the developers behind Dead Island and Dead Island: Riptide. Dying Light takes the melee zombie FPS gameplay from Techland’s previous titles and mixes it with a new free running mechanic. The game is set in the fictional city of Harran, Turkey. The city is under quarantine after a virus triggers a zombie outbreak in the middle of an international athletics competition. Kyle Crane parachutes into the city in hopes of recovering a vital document in the hands of a rogue element. 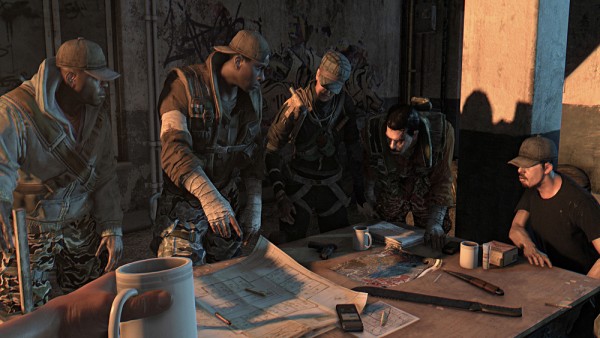 After the city of Harran is put under quarantine, the Global Relief Effort (GRE) begins organizing aid for the survivors of the zombie outbreak. Kadir Sulaiman is in possession of important documents that the GRE is eager to recover. Kyle Crane is hired to parachute into the city, recover the documents, and get out cleanly. His plans are quickly derailed when he is ambushed and infected with the zombie virus. Crane soon becomes attached to his rescuers who are currently in a battle of survival against the thuggish dictator Rais. Crane’s mission quickly goes awry as he is no longer able to balance his original mission goals and his loyalty to his rescuers.

Techland has crafted a good story with Dying Light. The twists and turns are a bit predictable, but are not enough to detract from the story. The characters are interesting and there are some really memorable minor characters that gave me a good laugh. I believe Rais is a bit of a shallow villain that deserves some a little more character development. The ending of the game provided more character development for Rais in five minutes than the previous five hours. Even with the few hiccups, Dying Light provides an entertaining story that keeps the game moving. 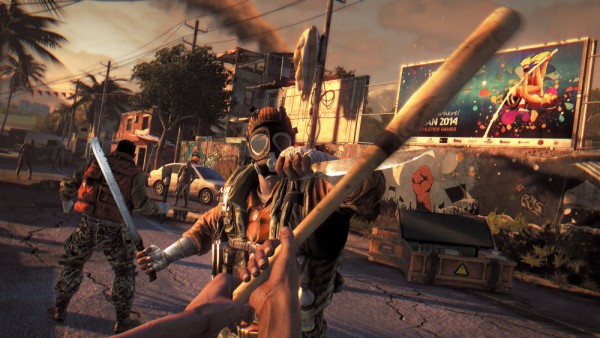 Parkour and free running mechanics have been experimented with in first person shooters for some time now. There are plenty of examples of games that have fallen flat on its face and others who have elevated the mechanic to new heights. Dying Light has provided one of the best implementations of free running from a first person view so far. The control scheme is simple enough to feel intuitive and movement flows well. Running across the rooftops, climbing stomach turning heights, and leaping from ledge to ledge happens as smoothly as running from point A to point B on the ground in most first person shooters.

The great parkour mechanics is complimented with Dying Light’s level design. There are two visually distinct areas in the game. The slums are filled with shacks, cheap buildings, and industrial sectors that provide an urban jungle gym to explore. The old town, on the other hand, is a towering city inspired by The Renaissance. There are probably hundreds of possible routes through areas both on and off the ground. Some ideal routes are subtly hinted out with red cables, spray painted arrows, and ramps to run off, but players are encouraged to choose their own path through the obstacles. 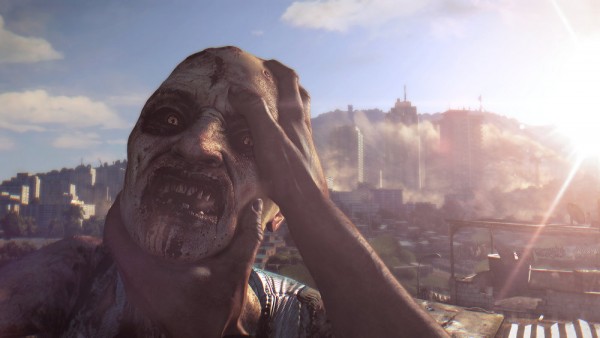 Dead Island veterans will be at home, as Dying Light’s DNA has Dead Island written all over it. The multitude of melee weapons, crafting blueprints, and rarity system make their return, but Techland has made some excellent tweaks to the system. Each weapon has a limited number of repair slots that will allow the wielder restore the weapon’s durability. These slots are limited by the weapon’s rarity. Player skills can slow the durability decay or randomly not consume a repair slot. Weapons have two sets of upgrades. Blueprint modification will add damage along with some elemental effects. Weapon mods can be found scattered around Harran and add a stat boost. Special combat abilities can be purchased with combat skill points. 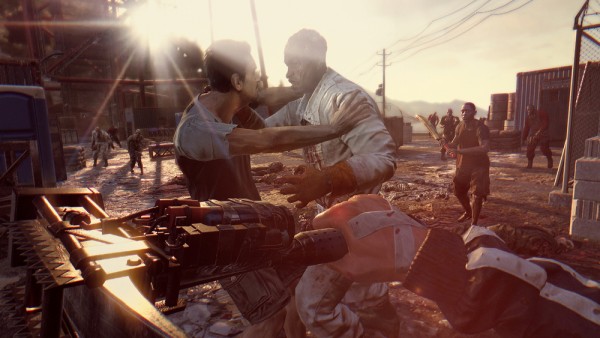 Dying Light’s combat is a bloody good time. The game is full of zombie dismemberment and plenty of gore. It encourages players to be agile and engage in melee combat as much as possible. There is ample ammunition in the game and plenty of opportunity to get into gun fights with Rais’ thugs, but gunfire will draw the attention of more powerful zombies. This can quickly worsen the situation, especially at night when volatiles roam around. There is a good mix of special zombies that are slowly introduced, which build a more challenging experience as the game progresses.

The levelling system uses three separate experience points for the three skill trees. Delivering supplies, completing missions, and helping survivors will provide players with utility oriented abilities. Players will also earn agility and combat levels from simply free running around and getting into fights. Agility levels will give players both dextrous combat abilities and new ways to traverse the terrain. Combat levels will provide new abilities and an extra bump in toughness for the player. I really like how agility levels and combat levels are separated from survivor levels. It feels like a more natural way of improving the Kyle’s abilities, as Kyle becomes a better traceur by practicing those skills instead of completing missions. 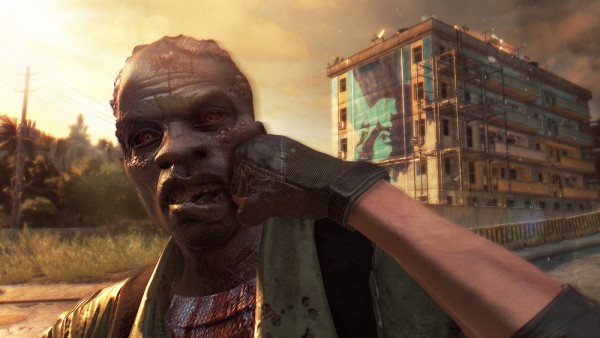 Dying Light is probably at its best at night. While the players rule the day, the night is owned by aggressive, fast, and powerful zombies called volatiles. It is possible to win a fight against a few of these powerful zombies with a few well prepared friends, but these battles almost always end with a heart pounding sprint through the city once the number of volatiles become overwhelming. Exploring at night is a risky experience, but players are rewarded with double agility and combat experience plus bonus survivor and agility points for surviving the evening and escaping pursuers.

Multiplayer comes in two flavours in Dying Light. The base experience is four player co-op. The co-operative element is interspersed with optional competitions based on the players’ current area. Players interested in participating can opt into the competition, with the winner being awarded with extra experience points. These competitions can range from killing as many zombies as possible to collecting the most valuable loot in a short period of time. The most fun competitions are races that challenge player’s free running abilities, hands down, as the large variety of routes through an area provide a pure skill challenge. 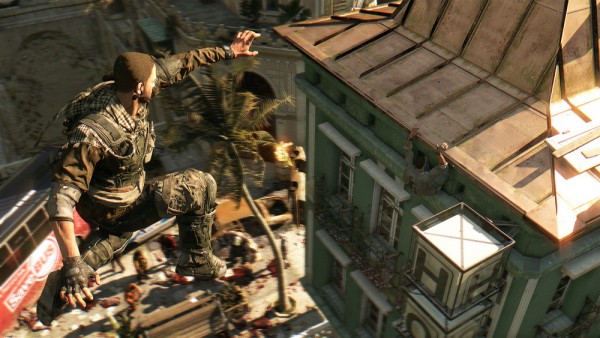 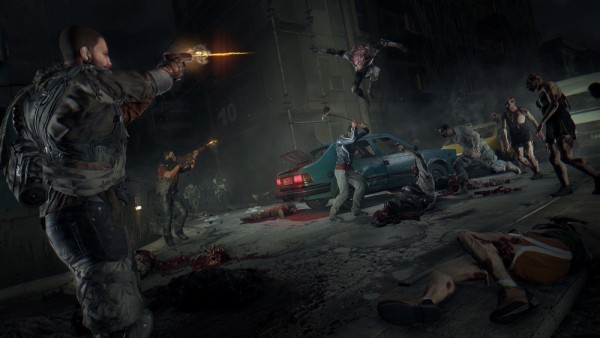 Dying Light looks great. There are plenty of different zombie models and two visually distinct areas. Techland has paid a lot of attention to small details. I really liked seeing how weapons are visually different after repairs. Blades are held together with nuts, bolts, and strips of metal. Broken wooden handles are repaired with strips of metal and tape. Modifications look a little ridiculous, but still provide a distinct, cobbled together look

On the PC hardware side, Dying Light is a solid port. The initial release has been a little rocky with frame rate drops and crashes, but a series of post release patches has solved most of the problems. Dying Light needs a serious computer, as the minimum requirements are hefty. The game demands a powerful CPU with strong per core performance and a lot of VRAM. On the flip side, there are plenty of options to tweak the game, including the motion-sickness preventing FOV options. 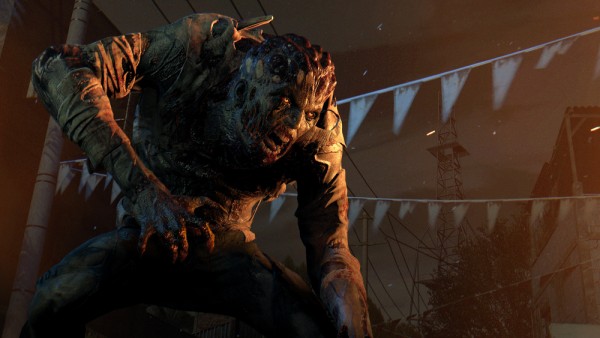 Dying Light provides a strong audio experience. The sound effects are well done and the voice acting is top notch for most of the game. There are a wide variety of accents scattered across Haran, reflecting the varied population that was trapped in the city during the international athletics competition. The zombies have a creepy humanity to them, with almost audible syllables and screams that cut through the usual undead moans. The scoring is tense and always fits the mood. 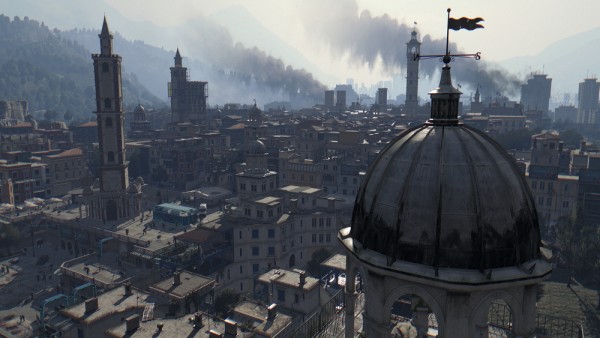 Dying Light sets the new standard for first person parkour titles and easily ranks as one of the best zombie FPS games on the market. The audio/visual experience is top notch. The game’s combat is fulfilling and the fluid movement system is a pleasure to use. The night makes Dying Light a thrilling experience. Good night, indeed.