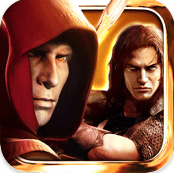 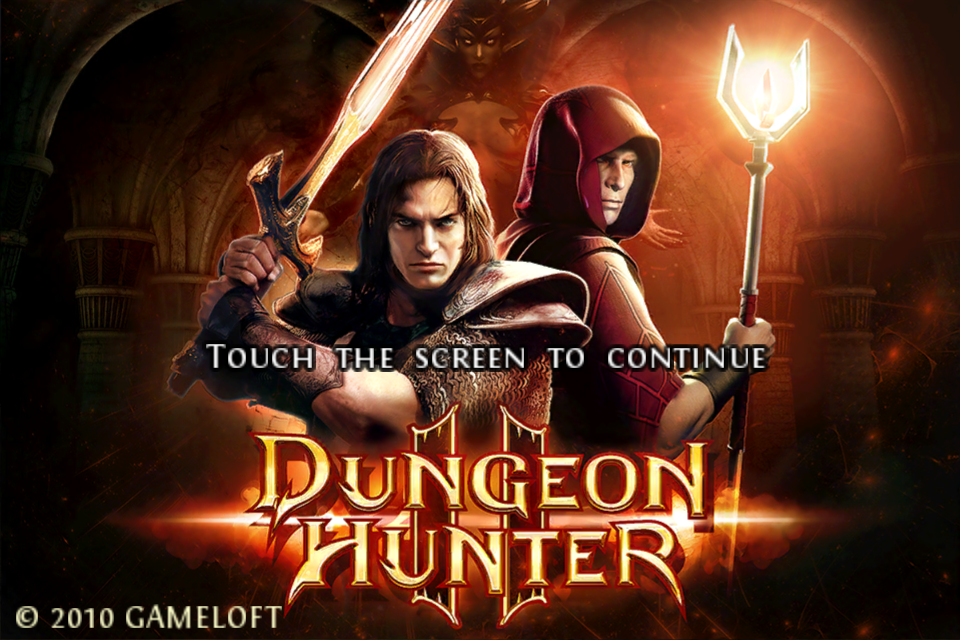 The long awaited sequel to Gameloft’s hack and slash Diablo style RPG : Dungeon Hunter.  Dungeon Hunter 2 has finally arrived on the Apple iPhone.  The story takes place 25 years after the events of the first Dungeon Hunter.  You take on the role of one of the Immortal king’s twin sons and embark on a journey that has you escaping from prison and then traveling across the realm of Gothicus to save everything that needs to be saved and to restore peace to these cursed lands.

Dungeon Hunter 2 has received quite a few updates from the original release – for starters Gameloft have ramped up the graphical aspect of the game.   Taking advantage of the iPhone 4 retina display, images appear vibrant, sharper and much more detailed, take for example the first level (Prison Break) the ground looks absolutely stunning making you feel guilty that you’re walking around with those dirty boots on messing up the place.  Along with that the lighting effects when casting spells have vastly improved from the original.  You also start off with your little lightening fairy Celest who can hurl lightning bolts at enemies which also look quite impressive when called to aid in battle.  One thing missing which I thought would of made it into the sequel was voice acting.  Unfortunately all the dialong in the game appears in text boxes and no one speaks,  personally that was one thing I would of loved to see to draw you even deeper into the story. 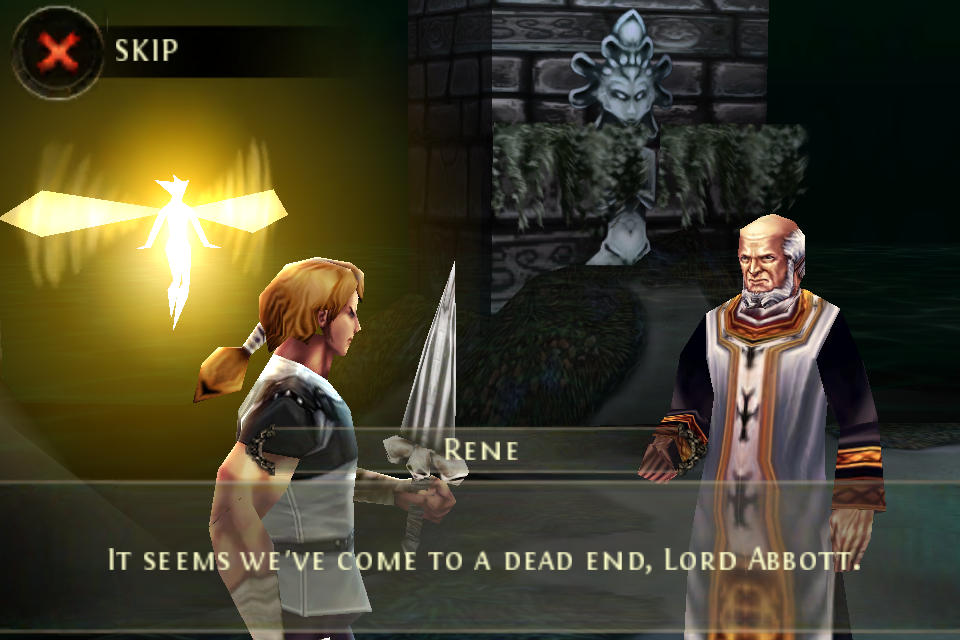 Your main character has also undergone a fairly decent transformation not just graphically but also in terms of character progression within the game.  This time around you can level up your character up to level 100 compared to only level 50 in the original game.  Unfortunately no new classes have been introduced into the game.  The same three classes are still available which are : The Mighty Warrior, Rouge and Mage.  What Gameloft have added to spice up player choices is a specialization class within the main class once you reach level 12.  Take for example the Rouge once you reach level 12 you have the option to branch off and choose between taking the path of an archer or a Death Walker.  With whatever decision you make unlocking a new set of skills to allocate points to making you stronger and more deadlier as you progress further into the game.  ( A total of 16 skills are available to each character – 8 for main class and 8 for specialty class both with 4 active and 4 passive skills to choose from)

The Warrior has the option to move into and become a Berzerker or a holy Crusader, Being a Berzerker allows him to pull off powerful offensive manoeuvres or you take the path of the Crusader where you’ll be granted a fine mix of both offensive and defensive style abilities.  Last but not least the Mage who always starts off as the weakest but if used wisely can be one of the most deadliest characters in the game will have the ability to branch off into an illusionist or ShadowMancer.  Great thing about these classes and new subclasses is that it provides players with a lot of replayability as they can try out what each of the subclasses are like combined with the 16 available skills to choose from. 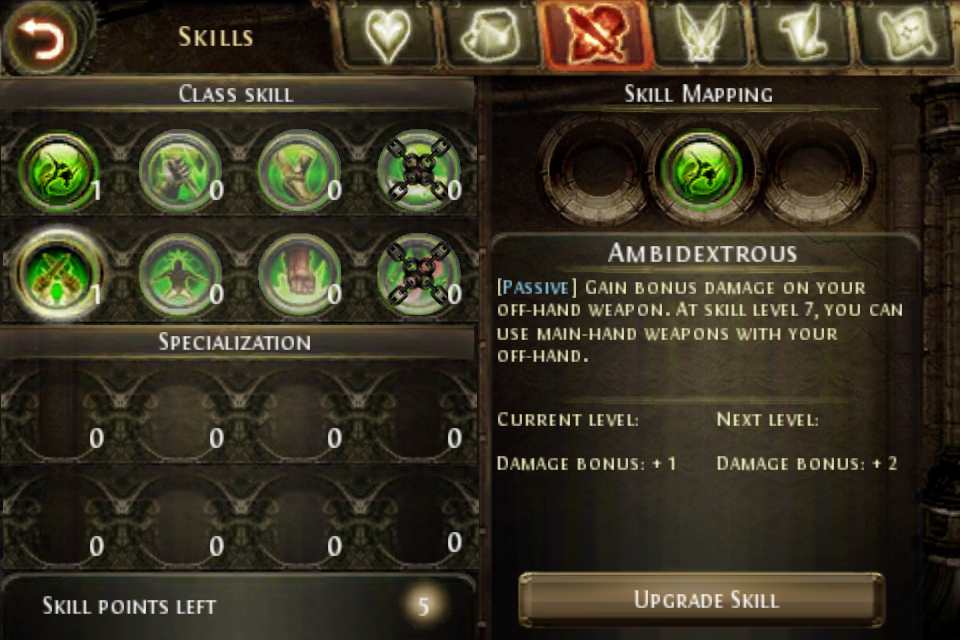 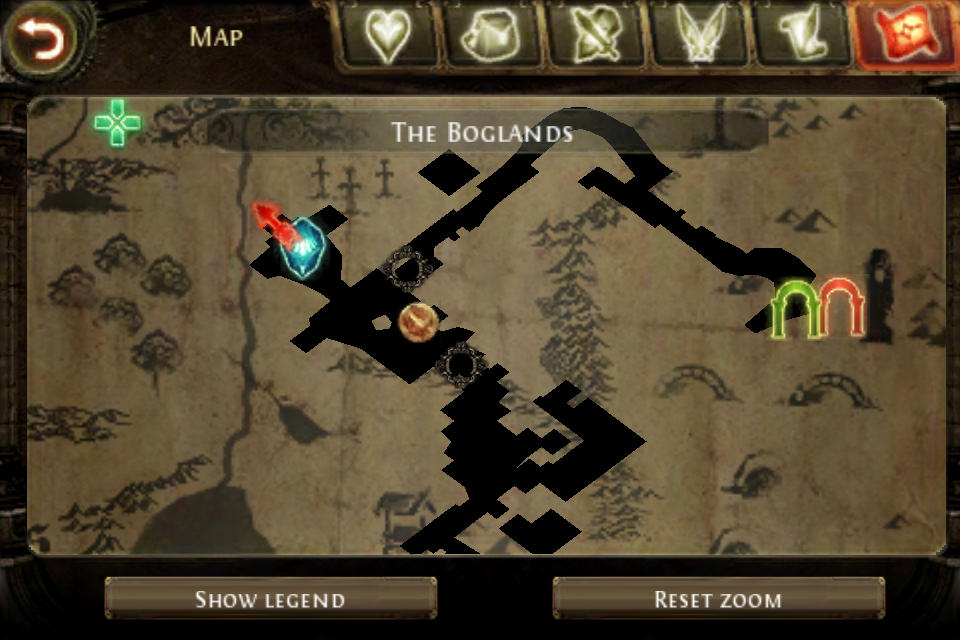 The menu system hasn’t changed very much from the original making it very easy to navigate through the stats, inventory, skill, fairy, quest tabs without any problems.  Newcomers might find it a little daunting at first due to so many different things you can choose from. A welcomed and much sort after feature that is needed in every RPG is the introduction of the game world map.  Dungeon Hunter 2 is approx. 5 times bigger than the original allowing you to run off in any direction to explore, kill  monsters, visit more areas and complete more side quests.  The map will be a great friend to have with you as you embark on this grand adventure.

One of the biggest draw cards in Dungeon Hunter 2 is the addition of the four player online, wireless or Bluetooth multiplayer co-op.  Playing online you can invite your friends through Gameloft Live or via Game Center  (which is shown in the video review below )

In Multiplayer you can choose to do one of two things: you can either host the game, which allows you to begin from any section of the main quest that you have already reached and invite your friends to help you, or join their game while they pick the quest to do.  What I discovered while playing is that you will be bringing in your own character from your single player adventure into the online game. This will allow you to gain experience and collect loot that you will then be able to take back with you and use in your own single player adventure. Luckily the online loot system works very well. Anything dropped from kills is given to each character, so there is no need to run around trying to steal drops since you will only get what has been allocated to you. I’ve also discovered that there’s no level restriction when joining an online party.  Gameloft has not implementing such a rule that will allow for example players with only a 5 level difference to party up together (eg highest level character in group is level 15 meaning you must be min level 10 to join in)..  Anyone too low will not be allowed to join till they are within level range.  This will ensure that lower level characters don’t level boost and gain large amounts of XP and good weapons in a small matter of time.  But that isn’t the case.  One of the online games I joined last night had a Level 70 Crusaider running around destroying everything and all I did was sit back and gain the XP and loot.  Good for some – bad for other. 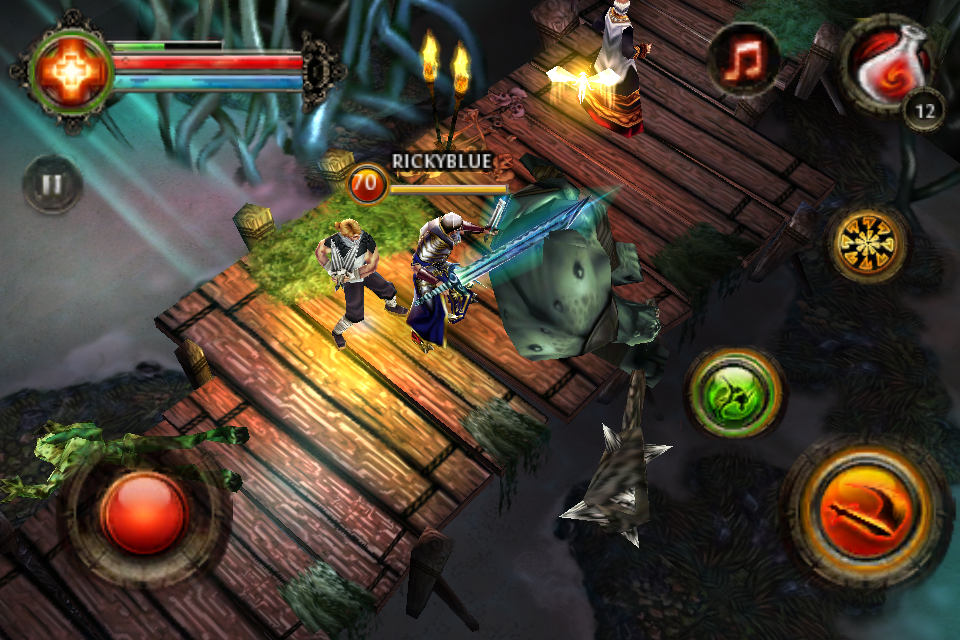 One major thing that stunted my role-playing experience was that while playing online on either Gameloft Live or Game Center the action was a little hectic and laggy (even with a fairly decent wireless connection). Everyone would be running off in all directions, quests popped up very quickly, and even movies and storylines were being skipped.  Another thing is that if you complete a chapter or area online (let’s say for example the first prison break chapter) it will reflect within your singleplayer game and count as already being completed when you try to play the game solo again.  The weird thing is that if you make your way back into this chapter that you just completed in multiplayer while in your solo campaign, it will trigger cut scenes and even allow you to play the level again from the very beginning.

Gameloft have done an amazing job with enhanced graphics and also with opening up the game and allowing more freedom to explore without having to be cooped up in a linear world that was the original Dungeon Hunter.  Gameplay hasn’t changed (but as the old saying goes – if it ain’t broke don’t fix it) and lack of voice acting was a little bit of a letdown.  If you’re a true fan of the action RPG – hack and slash style games Dungeon Hunter 2 looks like the best option and a must buy for your iPhone.  Download this and enjoy It on your own or with friends over the Christmas break.