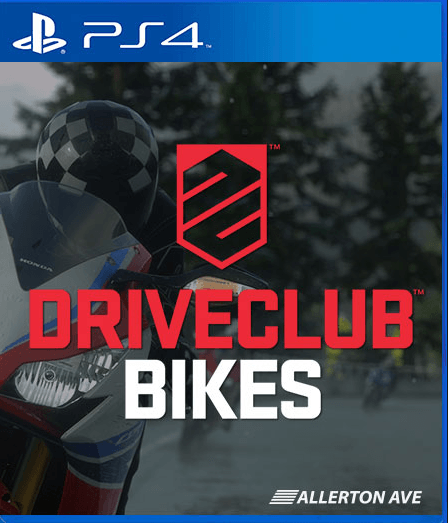 Overview
Driveclub is the posterchild for this generation when it comes to an ugly duckling turning into a beautiful swan post-release. We have seen a lot of half-assed releases come out from AAA studios and not get any type of polish other than a small patch and a pat on the back to the consumer. Well, Evolution are not like the rest as they truly have put a ton of excellent work into Driveclub and did a 360, while earning the respect of its fanbase in the process. Driveclub Bikes is an expansion or even a standalone product for some that has hit the Playstation 4 to give back to the loyal lovers of the new racer that has already pushed its way ahead of Gran Turismo. Are some bikes enough to warrant a look, or should you let this release roll by? Let’s find out. 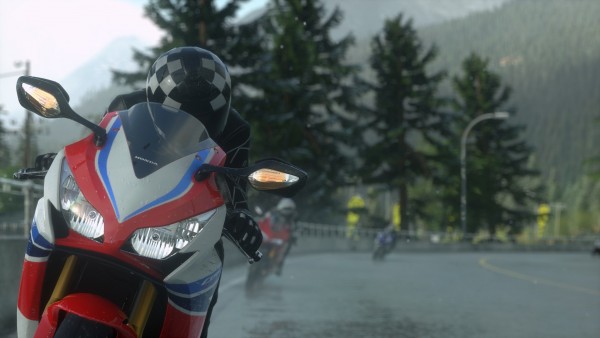 Gameplay
I have always loved racers featuring motorbikes since I was a kid. There is something extra you get with these titles such as a sense of speed that cars and other vehicles don’t offer, with a trade off of risky handling for the more exhilarating ride. That was the first thing I noticed during my time with Driveclub Bikes however, as there isn’t a trade-off and you can have the fun while still having a game that handles like a champion under all conditions. Sure, I slid into a wall a few times while getting used to the new ride, but there really isn’t a punishment for that, but instead a “go get em again, sport” approach that keeps the focus on keeping races fluid and non-stop. There are 12 new bikes in all and a new tour to take them on. While I do think that is a limited number of vehicles for any release – considering we are getting a whole new way to play a game in what is mainly an expansion, I would say that is still quite generous for the asking price for the most part. 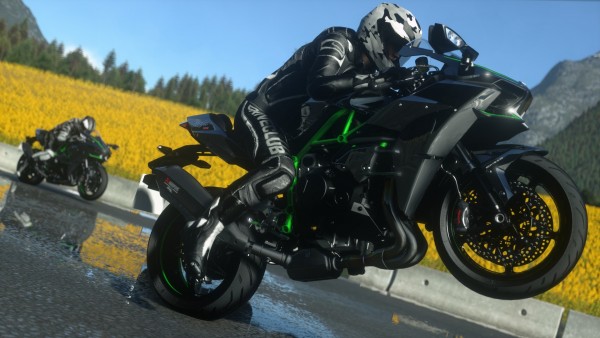 Driveclub always felt like an accessible racing sim as it kind of rides the line between the arcade fare that many look for and the realism that the more hardcore fans of the genre crave. Bikes is really no different, as it has a lot of accessibility for newcomers but still feels very much like the real thing. The first race I had I was ready to take off, but the controls quickly gave me a swift kick in the ass as I plummeted towards a wall. As I mentioned, the game doesn’t rub it in or punish the player – but instead place them right back into their position. It is easy to pick up speeds again as well, so while one mistake may cost you first near the end of a final lap, one can catch up most of the time after having a hiccup. Yes, this title takes time to get down but the controls are simple – its just the handling that definitely has a curve. 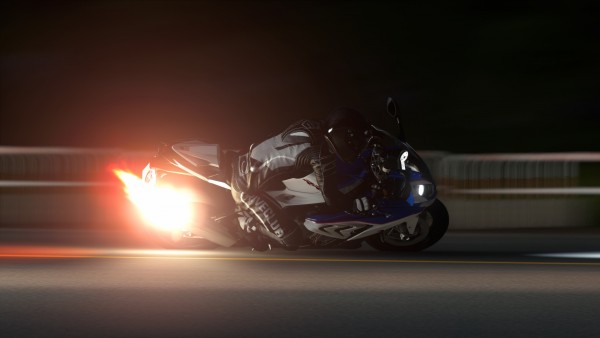 If you have never played Drive Club and just get this title as a standalone product – you are in for a game that feels like a large piece by itself as nearly all of the modes come accessible, with features from the main game being included in this condensed version. Online is a blast and racing ghosts is of course one of the more polished features, but those who have already been through this excitement before will probably be more interested in the new tour which is a nice breath of fresh air. Personally, getting to do some customization and go through the work of forming clubs all over again got me hooked, so this title is definitely more than a new set of wheels on all fronts.

Visuals
It is hard to describe how beautiful Driveclub Bikes truly is. Sure, Driveclub is pretty, but on the open road in the rain or during a sunset, the game unleashes a whole new perspective of stunning as you buzz through various tracks. The bikes themselves look great as well, capturing the reflection of light and sparkling as the sun hits your shiny paintjob or window. We get to see more of the man behind the wheel as well, and Evolution did a fine job of crafting models to land in the driver’s seat, as from the roads to the fauna and even the human figure, you really can’t argue with the visual work going on whatsoever. 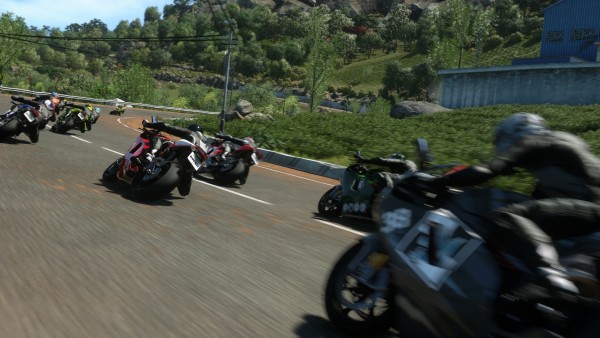 Audio
The audio is about what you would expect. I can’t say that the little soundtrack in Driveclub ever made me go “wow! I will remember that”, but its a racing game and the main thing I actually try to listen for is the authenticity of the motors and vehicular sounds. On that end, Driveclub nails everything one would want and more as these superbikes sound great, even if there isn’t a lot of other flare in that category.

Overall
Driveclub Bikes is not just an expansion or standalone experience, but a victory lap for a game that went through a lot of issues and managed to get back on track. The gameplay is polished and smooth and though the amount of contents can be either limited or filling depending on the user, I feel like the offerings are just right for the price-tag in either a expansion or standalone purchase. This is the way you do DLC for a racer, and while Evolution surprised us with Driveclub Bikes existence, they still managed to make it a welcome addition to the new frontrunner of the genre.