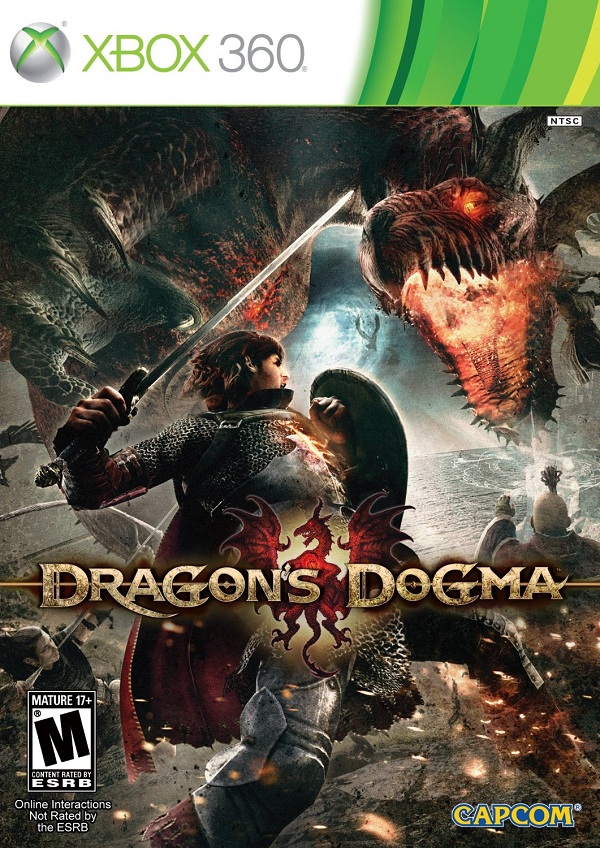 Overview:
Over the past decade the RPG genre has evolved into something that gamers may never have thought possible back in the ‘90s. The rise of the open world and action RPG concepts have created many different experiences which fans have swarmed around. While a number of other publishers jumped on the open world RPG bandwagon, Capcom has only offered gamers the Monster Hunter series and seemed to have stepped away from the RPG genre as a whole.

However last year Capcom surprised many by revealing that they were creating an open world action RPG set with a medieval European setting in the form of Dragon’s Dogma. With RPG fans eager to see what Capcom has to offer, do the many unique features contained within Dragon’s Dogma make it far stronger than a normal RPG? Or should it fear the flame of the masses criticism?

Story:
The land of Gransys has been relatively peaceful as of late and many people are enjoying their simplistic lives, with only the worry of bandits and the occasional monster attack concerning them. However that all changes because a giant dragon of prophecy has come to the land to bring apocalyptic ruin to everyone and everything. 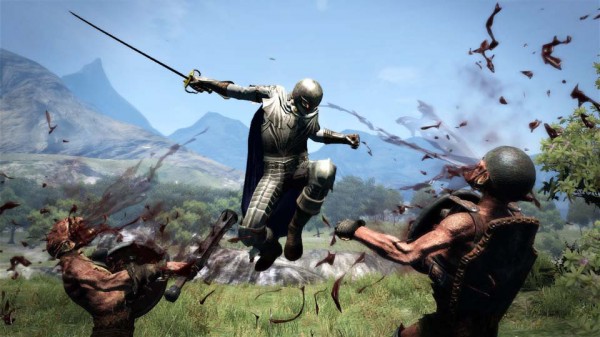 However the minute the dragon appears on land, one fishing village resident refuses to run away and let his/her home be destroyed. In a desperate and ultimately futile attempt to slay the dragon, this villager is batted aside and has their heart stolen and eaten by the dragon. While this may sound like the end-game already, it turns out that this very act has made this villager the one person who can destroy the dragon and bring peace to the land, the Arisen. As the Arisen you set off to track down the dragon and reclaim your heart, if only you can get past the legions of monsters and fanatical cultists which have begun roaming the land.

Dragon’s Dogma’s storyline isn’t anything too original as it calls upon a number of classic RPG clichés such as a simple villager rising to save the realm from imposing doom. However despite these clichés the game presents an easy to follow and enjoyable story that will keep the player interested in following the main quest-line despite the fact that there are so many other intriguing distractions to lead you astray. This is only helped by the fact that the many elements of Dragon’s Dogma’s world just seem to fit in perfectly with its storyline. With the religious cult begging for salvation in death, political strife and so many monsters to face off against, players will likely find themselves quickly invested in the world. 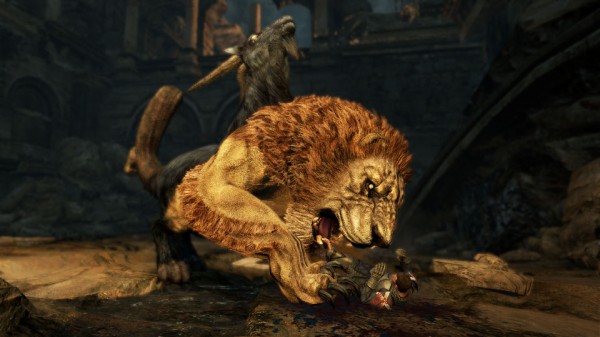 That isn’t to say that there aren’t plenty of small areas of disdain however, as a number of side-quest storylines seem to have been left hanging or end without any seeming resolution. This is disappointing as a few of these side-quests involve interesting characters that are abruptly left hanging with little to no resolution. While yes these are side-quests involving side-characters, the lack of a relatively long side-plot resolution may leave a sour aftertaste once they are completed.

Visuals:
Dragon’s Dogma creates probably some of the most atmospheric battles you could possibly experience as the character and enemy animations are amazing to behold. During battle it truly feels like you are actually striking enemies and dealing damage. Seeing a Pawn cling desperately to the back of a chimaera as the beast tries to shake him off while seeing another Pawn carry your downed compatriot out of the reach of the beast’s claws as you rain fiery arrows into the beasts fur to set it aflame will leave you breathless.  The attention to detail on many of the larger beasts is lovely to see, especially on griffons and dragon-like enemies. 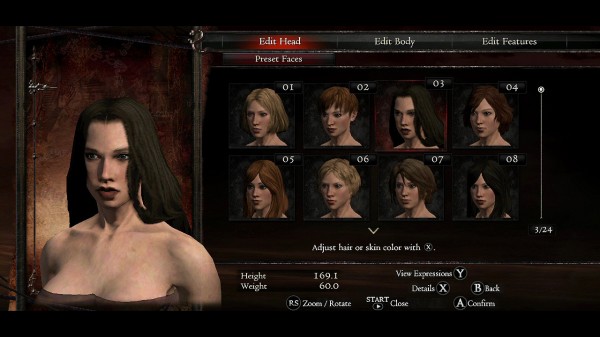 Unfortunately there are a few downsides to Dragon’s Dogma’s visuals. There are quite a few clipping problems that will be experienced where even smaller enemies will just clip into objects as if they weren’t there and a number of textures are blurry and visually bland. Many characters the player runs into will also look as if they are a few years out of date with today’s graphical expectations with bland expressions and basic textures. This is helped some by the fact that players are able to use a mildly in-depth character creation system to create a character and main Pawn however they like.

Audio:
There be aught to talk about here and that happens to be the fact that the Pawns always have aught to say whenever the player does aught. In case you don’t know, like most people wouldn’t before playing this game, aught just happens to mean something and good lord do the Pawns love to say that word. This is only made a bit worse by the fact that the Pawns will quite literally never be quiet. While receiving tips in battle is nice, hearing about how wolves are afraid of fire for the literally thousandth time can tend to be a bit annoying at times.

It is also worth noting that the Pawns will constantly talk about their locations as well. This means you can sometimes have all three of your followers chiming in and mentioning how big Gran Soren is, or where you are on the map after you’ve already traveled and seen these places over fifty times. In fact they will often just make random statements which are out of place, as they can warn you about goblins or enemies in the area even though you literally just killed said enemies. 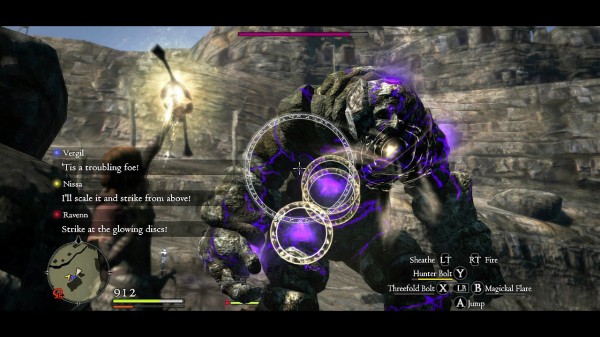 That being said, and the Pawns will say over and over again, even over important dialogue, the rest of the game’s cast and even the pawn’s voice actors are handled well enough and sound believable and the game features quite fitting background music.

Gameplay:
At its basic core, Dragon’s Dogma is an action RPG where the player has the ability to choose from a number of classes, however only three are offered in the beginning. Again these classes don’t do anything we aren’t already familiar with, as they are your simple warrior, mage and strider (bow-using) class. These classes can be a bit more diverse as later on in the game players will have a chance to take these classes to the next level, make a hybrid version of these classes or simply focus on developing all of the skills for their basic class by using development points. Players even have the chance to simply switch their class as well, becoming a warrior rather than a mage. These development points are earned through combat and can be used to learn new skills, add little bonuses to your character and more.