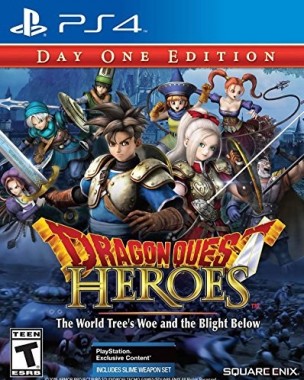 Overview
I love Dragon Quest more than any other RPG franchise. I have no reason to hide it. This namesake is responsible for so many of the titles we have today, and has a history that cannot be matched by many Japanese Role Playing Games. Dragon Quest Heroes: The World Tree’s Woe and the Blight Below brings the series to a new platform, mixing the gameplay of the Warriors games from Omega Force with the world of Dragon Quest. Sure, its an odd combination, but does this spin-off hit it out of the park? Let’s find out. 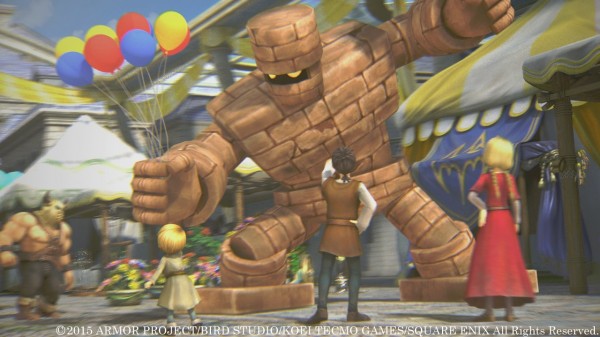 Story
Dragon Quest titles always feature a pretty charming story that is both easy to follow and charming with a wide array of characters. Its rarely deep and more of something to relax to most of the time. Well, Heroes is more like Samurai Warriors/Dynasty Warriors as while it has characters you might care about, its intention is to pull you in with a light story and keep you there with some addictive gameplay. In this tale as you play as a hero named Lucius who with his female friend Aurora (and Heal Slime Healix), who notice monsters turning against humans. This leads to the cast joining forces with other heroes from the franchise as a whole (as well as a few new faces) to return the world to normal and stop the evil behind it all. 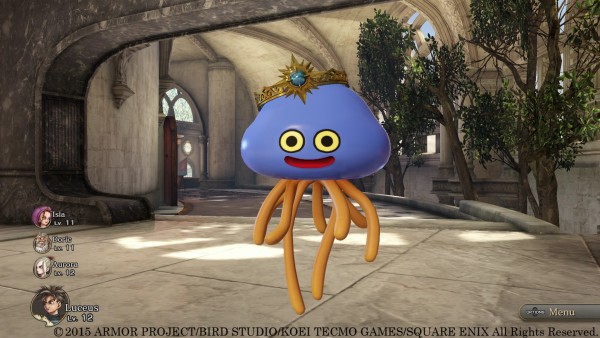 Yep, it is stereotypical, but so is Dragon Quest. Dragon Quest has always been all about “Ow! I hit my head, where is my memory?” and “These dimensions split into two, let’s explore both!” types of stories and if your a fan, you will enjoy the fun and simple little story here. It isn’t a parody but isn’t original. Dragon Quest Heroes is a fan’s paradise though as there are enough references and throwbacks to entertain someone who has just played a handful of titles, while still remaining equally as open to those new to the line of games.

Gameplay
Hack, slash, level – repeat. That is kind of the thing that Omega Force does I suppose, and they do a great job blending Dragon Quest with their own craft to form a more unique take here. This is an action game first and foremost. I will cover other aspects in a second but those who have played Hyrule Warriors or One Piece Warriors or any of those other spin-offs should expect the same thing. The player takes control of a hero and battles swarms of monsters at once, using several different attacks to chain together combos and clear areas in a quick fashion. Sure, there are objectives such as protect XXXX and defeat XXXX, but you will always be utilizing the same type of hack and slash combat that makes Warriors titles great, and with all of the extra layers that Dragon Quest bring, there is a lot to enjoy with this hybrid. On a bit of a side note I will say that the camera could use a little bit of work as it sometimes feels awkward being zoomed in so close. 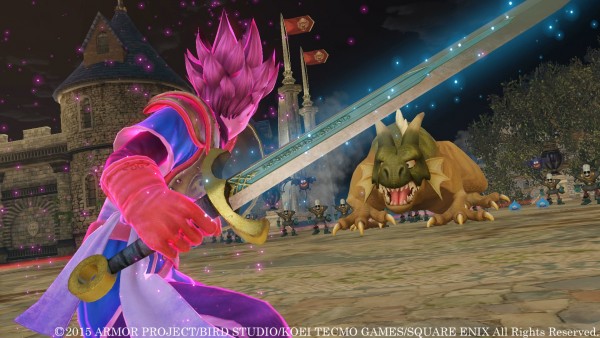 I did mention this was an action title, but it still has some RPG elements. On the battlefield you can have up to four characters at a time. At any given moment, you can switch to the next character with the tap of a button. This is useful as each character has their own unique style for the most part and also have an individual “Tension” gauge, which allows that character to gain a boost of invulnerability for a short time, as well as a special finishing blow. It is a great system that works well enough in battle, but also shows flaws as you cannot assign a character to stay put in one set location. I know, we are a team, but do they have to follow me when I am trying to shut down a portal that is re-spawning enemies? Not being able to control the AI can lead to a lot of frustration when doing the many “guard this person or item” missions within the game, and while it isn’t game breaking, it does take away an element that would have added some great strategy to gameplay that keeps it more of the same for the entire experience. It is also a problem when your allies just stand in one spot near you and do nothing. I do mean nothing. Like, Lucius might be just standing with a battle pose while Terry is running to one enemy despite 30 being in front of you. It is not always like this, but I think it is worth mention of the possible occurrence. 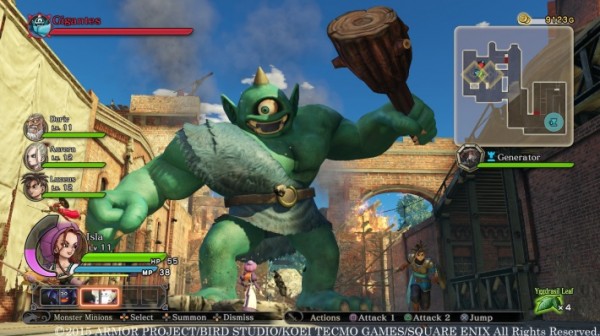 Players also have a full skill tree that allows them to cash in points for every character and level up to gain new abilities. Yes, this is definitely a nice addition that comes from Dragon Quest, and along with the item finding and alchemy pot that allows crafting, there is a lot of extra reason to grind and replay past stages. There is also the general hub in the game that resembles a small town from Dragon Quest, with a small area to confess (save the game), buy and sell items, and even a pub to go in to switch characters. Its actually surprising how well Omega Force nailed the whole feel of Dragon Quest within Heroes. Sure, the game looks the part – but that is expected. To be able to bring a whole new type of gameplay to a fanbase and still keep that same feel of the franchise? Well, that is one of the greatest traits of this game as a whole.

Visuals
Dragon Quest is a colorful game on nearly every platform you play it on. Dragon Quest VIII kind of set a bar for cel-shading back in the day, and in my opinion Heroes sets its own bar by keeping that beautiful artwork and character design while still bringing us a large, 3D scope of the worlds and characters. Everything is bright and cheery and Toriyama’s trademark style can be seen everywhere, with beaming slimes and crazy haircuts that are sure to make fans feel right at home. 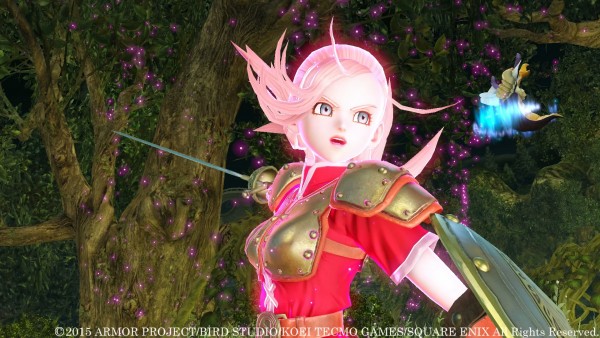 Audio
I was actually worried about the voice acting for Heroes. We don’t see a lot of voice work for Dragon Quest outside of VIII, but Heroes nails the translation for the most part. Healix is an annoying young monster, but aside from his slurping and high-pitched chatter, all the other voicework is convincing and well done all around with European voices. The Japanese voices are still an option which should still please some, but I was quite happy to see so much quality went into this localization. The soundtrack? Well, its Dragon Quest. From the menus to the battle themes, those classic melodies – both new and old capture the essence of the classics and set the stage for some intense hoard battles, never missing a beat.

Overall
Dragon Quest Heroes is for Dragon Quest fans through and through. It delivers wonderful fan service, fun and fluid gameplay, and even an easy to consume story that is more than welcome for a franchise that has been left to sit in the west for the past few years. Sure, there are a few flaws, but those do not hurt the fun one can still have with the game or the hefty amount of hours that can be sunk into it. If you enjoy some slime and a good time, then Dragon Quest Heroes is a must-own and an absolute gem that simply adds a gleam to an already storied namesake.