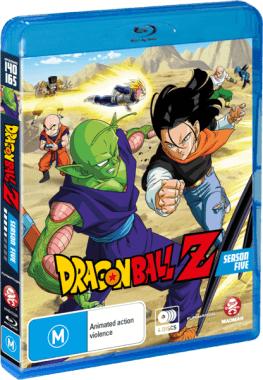 Perhaps the most popular anime of all time, Dragon Ball Z is currently receiving full season Blu-ray releases of its engrossing adventure featuring action, laughs and perhaps what everyone remembers most, the epic fights between the universes most powerful warriors. Following on from the release of the previous four volumes on Blu-ray disc, Season 5 brings with it some great fights involving the Androids and Cell as well as our heroes developing both in terms of power and character. Read on to find out how this Blu-ray version of the classic Android Saga holds up on its own as well as how it compares to previous releases.

Season 5 contains a great air of mystery, quick progression and some fantastic fight scenes. Following on where Season 4 left off, Bulma has discovered a time capsule that is identical to the one Trunks used to travel to present time from the future. The cause of this phenomenon is later revealed to be Cell, a bio-android who takes the position of main villain from the Android trio of Android 16, 17 and 18 as the season goes through the paces. Cell is revealed to be made up of cells from all the strongest Z warriors as well as their enemies in Frieza and King Cold, giving him a great combination of power and abilities which he demonstrates throughout his battles. This makes Cell an interesting villain but perhaps more interesting is his quest to achieve his perfect form and become the ‘ultimate’ Android by absorbing Android 17 and 18. 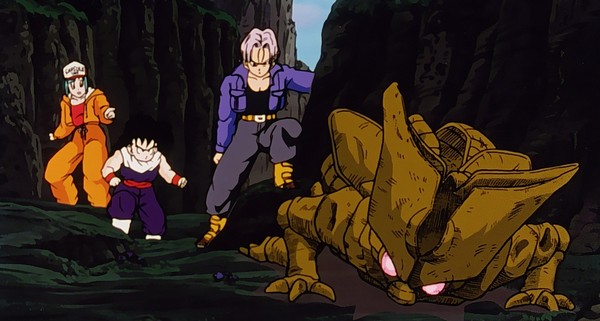 Cell is a great villain to watch and demonstrates his intelligent and plotting nature more than once. He waits for opportune moments to strike and often gets out of situations that would spell his doom by taking advantages of his opponents weaknesses as he does by using Solar Flare to escape Piccolo or taking advantage of Vegeta’s pride. While he may seem nothing but power hungry for the majority of the season, his ambition to test his new ‘perfect’ power once he achieves his final form calls for him to create the Cell Games Tournament, with this season ending on the episode where Cell announces his plan to Trunks.

One of the best things about Season 5 is that a lot of the cast gets a chance to shine, especially with series star Goku being out of commission for most of the season while he recovers from a heart virus or is off training with Gohan. Piccolo fuses with Kami to become powerful enough to challenge Android 17, Vegeta gets some short lived redemption against Cell after being defeated by Android 18 and even Tien slows down Cell in a life risking effort. Trunks gets to display his power even if his youth and inexperience proves to be his downfall while Krillin mostly stays out of the fray but struggles with his emotions for Android 18 which leads to some huge implications. 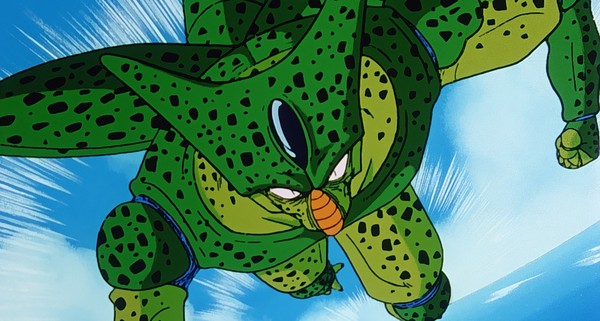 Many characters receive a great deal of character development throughout the season, with a large focus on Gohan and Trunks as they become stronger through training and realize their true potential as well as develop deeper relationships with their fathers. Gohan becomes stronger through encouragement and teamwork from Goku, where as Vegeta ignores Trunks completely and while the two definitely become stronger through isolation this leads to trouble later on in the season when they both could have benefited from communicating more with one another. The scenes that take place within the Hyperbolic Time Chamber between Goku and Gohan as Gohan attempts to ascend to a Super Saiyan are among the best in the series.

There are a good number of fights that contain a balanced amount of even match ups that could go either way such as Piccolo and Android 17, Cell and Android 16 and Piccolo vs Cell as well as fights where you basically get to see one character completely dominate over the other such as Super Saiyan Vegeta vs Second Stage Cell and then the reverse where Cell becomes perfect. The fights are well choreographed and look great, with fighters showing new techniques such as Piccolo’s Hell Zone Grenade and one of Vegeta’s most famous attacks, Final Flash. They also contain some interesting twists and turns to temporarily swing the results in favour of one warrior over the other so that you never know who the victor will be until the end. 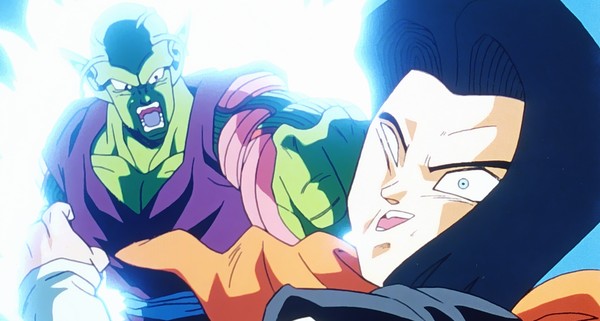 A lot here may seem repeated from my Season One review (which you can read here if you are interested), but the Blu-ray seasons all have the same remastering process applied so not much is different between them. Dragon Ball Z purist are very vocal when it comes to the series being released, especially in the areas of Colour correction, amount of grain and the most controversial, aspect ratio. The anime first broadcasted in the old 4:3 aspect ratio but has been converted to 16:9 widescreen for this release without the option to view it in its original form, resulting in about 20% of the original image being lost. This does look odd in some scenes with the top of character’s heads being cut off, but Funimation have done a fantastic job with Season 5 in cropping these scenes on a frame by frame basis so that nothing is lost.

Grain has been nearly completely removed so the picture is much clearer, however this can sometimes have a strange effect on shots that mostly comprise of background or feature characters at a distance in that details are lost and the image appears simplified. Colour saturation has been increased, meaning colours are brighter than how they were originally intended which sometimes has a detrimental effect on the source material as deeper colours like the orange of the character’s uniforms appear too bright. In Season 5 there are times when everything seems ‘lighter’ than normal and during these times is when this colour correction probably hurts the quality the most. When the quality of the original picture is poor, the Blu-ray only amplifies the sub par quality of the original product. 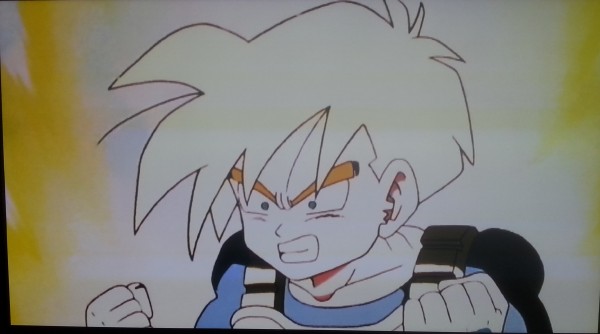 Picture of Gohan turning Super Saiyan in Season 5 on the orange remastered DVD set. Apologies for the poor image quality. 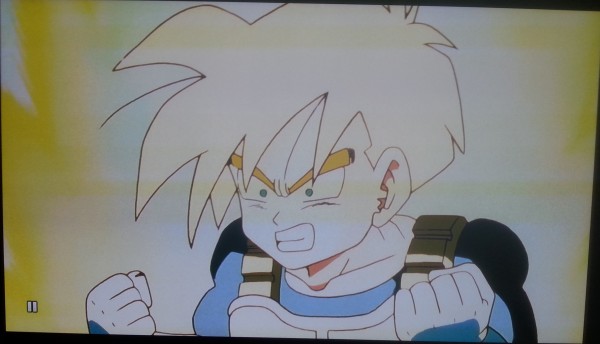 The same scene on the Blu-ray release. The scene is has been selectively cropped to show more of Gohan’s body instead of his hair. Also of note are the much sharper lines and brighter colour contrast, particularly in ares of heavy shadow.

There is no doubt the quality offered by this Blu-ray collection is very high. The series looks good in HD, especially into its fifth season where the artwork has become more consistent and detailed overall. Colours are vibrant, lines are bold and all the action is crystal clear. You can see a big step up in sharpness from the DVD sets to the Blu-rays and when I was going back to the DVD sets for a comparison it was hard to adjust to the lower quality on my LCD monitor. One small problem that is still present on scenes that don’t contain much movement is that the image will sometimes wobble and distort. This is moderately distracting but isn’t present too often and is most likely due to the old age of the source material rather than the remastering process.

The original box art (featured at the top of this review) once again looks fantastic and links up with the former and yet to be released seasons to form a cool ‘mural’ representing all the key moments from the anime. Menus are clean, simple and functional. One strange error is that no title text is present on Episode 164, Ghosts from Tomorrow, which is a very small but obvious flaw with the set. 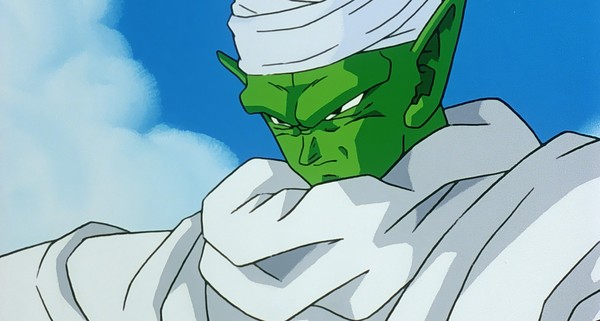 Just like with Season 1 the audio options presented here by Funimation are top notch and should not leave anyone disappointed. The default audio is set to the Funimation English dub with the original Japanese Audio track and is presented in True HD Dolby 5.1 surround sound. This option sounds terrific with the volume turned up, with sounds like energy blasts coming from the appropriate speakers when appropriate. The other audio options are original U.S. broadcast which is presented in Dolby True HD 2.0 and finally the full Japanese audio with original music and voice which is presented in True HD Mono. The final option does sound rather old and muffled due to its age but has got a bit of an upgrade thanks to the improvements in Blu-ray sound quality.

Bruce Falconer clearly hit his stride with Season 5, with some of the most memorable dub tracks in the series such as the empowering Dragon’s Theme, the whimsical Theme of Piccolo or epicness of Vegeta’s Theme featuring prominently. The Falconer track always seems perfectly suited to the events taking place on the screen, complimenting the action perfectly as does the original Japanese track. As for the voice acting, you have choices of the Funimation English dub or the original Japanese vocal track. The Funimation voice cast continues their great work here, particularly Dameon Clarke as Cell giving a fantastic performance and capturing the look of each of Cell’s forms with the perfect tone. 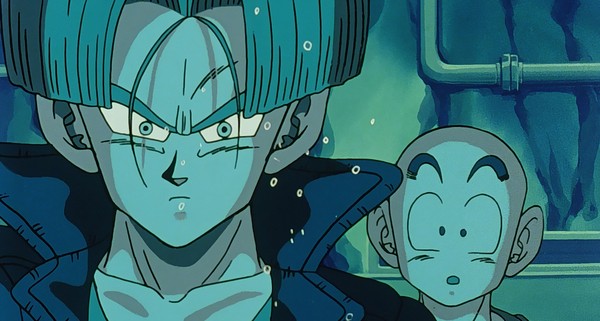 Season 5 packs a decent amount of special features within especially in comparison to past releases. While the episode guide featured in the old orange remastered box sets are completely absent without any sort of replacement, interviews with Sonny Strait (Krillin’s English voice actor) and Meredith Mauldin (Android 18’s English voice actor), alongside a rare insight into Toei’s animation studio and the creation process of the original Dragon Ball Z anime make up for the loss. These three major features are fairly beefy at around 15 minutes each and offer some great insights into how the show came to be as well as how the dub. Hearing how the actors felt during the process and seeing old touring photos with the old card game hummer is very interesting and the extras here compliment the bonus features that were present in the other sets very well.

Apart from the big extras, there is also a short U.S. trailer as well as text less opening and closing songs. The ‘next time on Dragon Ball Z’ segments are missing from this release, however the previous episode recaps are present. One small issue is that the trailers for other anime that are present at the start of each disk can not be skipped and are a good minute and a half long which proves a minor inconvenience.

Dragon Ball Z Season 5 on Blu-ray is an excellent showing of one of the best story arcs from the series. Whilst the most hard core fans will still take issue with the editing applied to this release, those that can look past it or don’t mind will find an excellently presented product with high definition clear imagery and a near perfect audio experience. With tension filled moments, questions to be answered, character development in both personality and strength and some fantastically choreographed fights, Season 5 does not disappoint those following the storyline from early seasons and ups the ante to a new level. With some great extras included this is perhaps the best version of Dragon Ball Z Season 5 you can purchase and while there is still room for improvement, this is a huge step up from the orange remastered DVD set. However if you are a true 4:3 purist, you will still most likely be better off with the Dragon Box release.