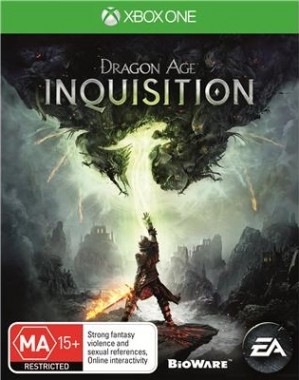 The third installment in the Dragon Age franchise is here, and it is a beast of a game. With an impressive 90+ hours of content, Dragon Age: Inquisition has you felling dragons, facing demons and closing up portals that threaten your homeland. With a scope that is hard to match, and Bioware’s signature dialogue-heavy storytelling, Dragon Age: Inquisition is the dream for anyone who loves a good, albeit lengthy RPG. 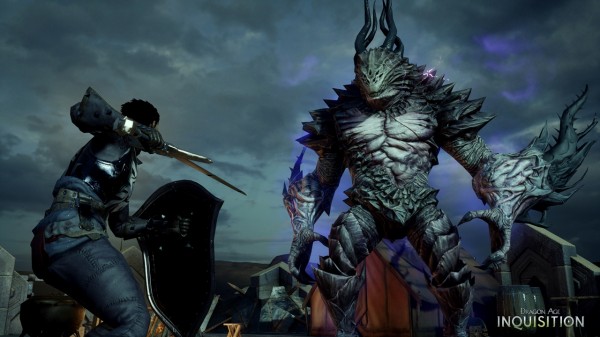 Set after the events of Dragon Age: Origins and Dragon Age 2, Inquisition puts you in the role of a mysterious stranger who after being in the right place at the right time, is thought to be the next messiah of the realm. In this role, you encounter friends and foes who range from the devout followers through to those who deny your existence and fear you. Putting the player in the role of a supposed messiah brings with it a lot of cool moments as the game doesn’t shy away from the implications of being a near-diety.

Across the game’s 90+ hour campaign, you will encounter many characters both new and returning to the franchise. The returning characters really help tie the game together to the previous installments, while all of your party members that you assemble through the game will banter with one another, the banter sounds natural and helps make the world feel like a living ecosystem.

This is purely a personal thing, but I have always been very much torn on Bioware’s method of storytelling. On one hand, the way they allow you to have an influence over how your character interacts with the world, asks questions and provides answers makes you feel like you really are in control of the story. Having such fine control over your character’s actions, beliefs, thoughts and responses really embodies everything that a role playing game aims to be.

On the flip side however, and this is especially prominent in Inquisition – that there is just an insurmountable amount of dialogue and expository text that you can very quickly feel bogged down by it all. During the earlier portions of the game, I found that at least 15-20 minutes out of every hour I played was taken up with dialogue. It can really slow down the pace of the game and feel like you are reading one of those “choose your own adventure” novels rather than playing a video game. 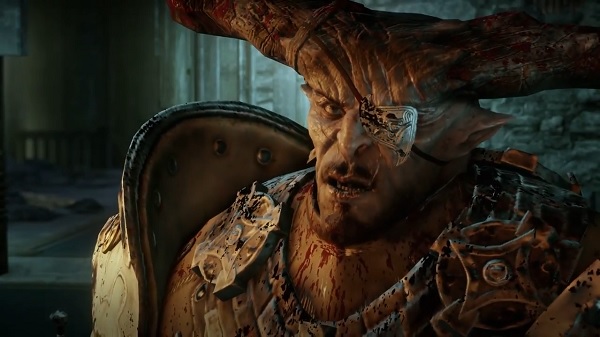 Like previous Dragon Age titles, Inquisition is a pretty hard-core RPG set in a vast fantasy world. You get to play as series regular races human, elf or dwarf and can pick between a half-dozen different play styles ranging from rogue archer through to a warrior with a giant-ass sword. Then, once you have picked your class you get to specialize in different sub-classes as you level up, meaning that you can create a character that is entirely unique to you and your style of play.

In order to progress through Inquisition’s story missions, the player must complete side-missions in order to gain “Power.” Each story mission has a power-level assigned to it, and the player must have equal or greater power before they can embark. This is a clever way of making the side-quests matter in a game where they might otherwise be ignored. However on the flip side of this, forcing players to tackle side-quests just to unlock main story missions, as opposed to using side-quests to level up your character so that you can realistically tackle them feels very similar to a lot of mobile games, and this is a precedent that honestly makes me anxious. 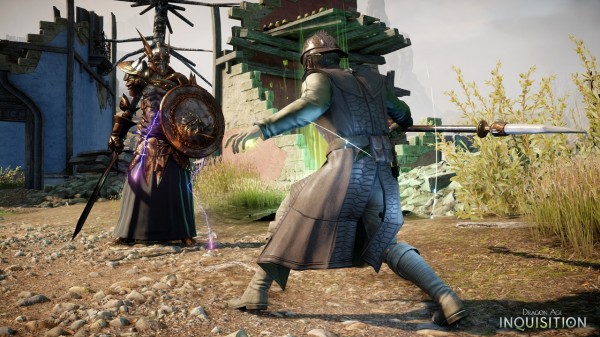 When you enter a map, you get to pick three party members to fight alongside you. Inquisition makes you plan well in advance for your missions, ensuring you have characters whose skills and attributes balance one another in combat. For example, running a party that consists primarily of warriors would leave you hugely vulnerable to magical blasts, or a volley of arrow-fire. When it comes to the combat itself, it is relatively straight forward and is quite similar to the original Dragon Age: Origins control scheme. You have one button that lets you attack normally, as well as the ability to assign skills to the other controller buttons (as you unlock them of course). You can pick which skills you have equipped as well as when you want to use them, so there is this sense of total control over the action. During my playthrough I opted to take on the role of a rogue archer, and I will admit that using one button to fire my bow was a little counter-intuitive to what I was used to.

Speaking of having control of the action, Inquisition brings back the fan-favourite “Tactical Camera” option that previously only existed on the PC version of Origins. The Tactical Camera allows you to pause the action, and take control of your party members from above, similar to an RTS. Once you have picked where your party members will move to, and how they will attack, then you can resume action and the decisions will be carried out in real time. I didn’t ever feel like I needed to use the T.C. but every time I chose to, I felt an unmatched sense of control over the situation.

In lieu of a true open-world, the world of inquisition is broken up into several massive maps. Each of these maps are almost insurmountably big in size, and are filled to the brim with content. NPCs to talk to, missions to complete animals to hunt, enemies to kill and secrets to uncover are EVERYWHERE. Even after spending several hours in one of the games maps, you will still be discovering new items and new missions to help you gain more power and influence over the world. 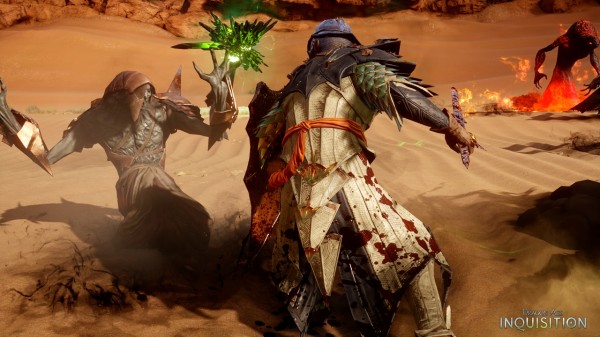 When playing on console, Dragon Age: Inquisition is far from the prettiest game. A lot of the textures and models are a little rough. Lots of the game’s landscapes and set-pieces are quite jagged, and there were moments during my playthrough that the environment looked like it was made for Xbox 360/PS3. The dip in visual quality on console is a little disappointing, but it isn’t the be-all and end-all of the game’s presentation.

Where Inquisition’s presentation really shines is in the massive scope of the world. By sacrificing some visual fidelity and opting to use multiple large maps instead of one single open-world, the landscape of inquisition is made to look absolutely massive. Not only is the world huge (requiring more than a little bit of time to traverse the land) but things like draw distance is beyond impressive, as are the variety of environments that you will find yourself traversing through your playthrough. I loved the way that Inquisition’s world looks, and while I would obviously love higher polygon-count models and higher textured backdrops, if their inclusion meant the world itself being smaller (or even just looking smaller) then I believe that Bioware made the right decision.

While I am a big fan of the way Dragon Age: Inquisition looks, the same can’t be the said for how it sounds. I found all of the characters to come across as dull, lifeless and incredibly stiff. Nearly no emotion was conveyed through the game’s dialogue and many conversations just fell flat. If anything really let down the whole inquisition package, it is the audio. 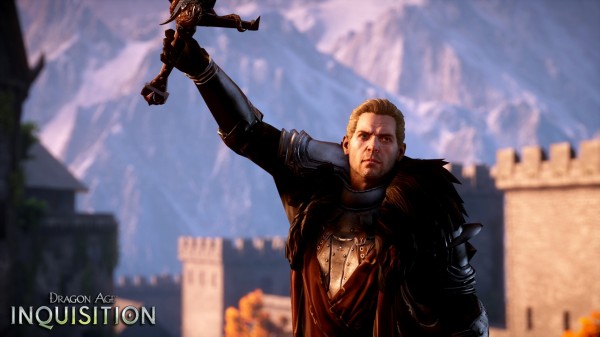 Dragon Age: Inquisition is an example of how to do fantasy role playing games right. It’s epic, long story will keep you locked to your screen for almost one hundred hours, and you will find yourself becoming invested not only in the events of the world but also the character that inhabit it. On console, Bioware has sacrificed some higher-end visuals in lieu of a world that is absolutely massive and beautiful in its scope and execution. Although I often felt bogged down by all of the game’s dialogue and it suffers from some less than stellar voice acting, I can’t help but loving Dragon Age: Inquisition.