Just when I started itching for a Dragon Age 2 replay, Bioware decided to throw me a bone and make me feel like I wasn’t wasting my time by releasing the Mark of The Assassin DLC. Like returning to any good game, Dragon Age 2 makes me feel all warm and fuzzy, like being bundled up inside while it’s raining outside. So does Mark of the Assassin measure up to the rest of my adored game? Let’s see.

The DLC kicks in pretty early on in the game, once Hawke and Hawke’s family get settled in Kirkwall. You can activate the quest in your safe house through a giant lion statue that looks quite out of place in your uncle’s hovel. Although I’d recommend perhaps cooling your heels a bit and waiting until your party has a little more XP under their belt before you go charging off into the DLC. Not too long, cos then it’ll just be a walk in the park, but at least enough time to get some decent gear and abilities going.

The main feature of Mark of the Assassin is the new character in the form of Tallis voiced by Felicia Day, actor, writer, and overall geek. This was the main selling point for the DLC, and probably what had most people more excited than usual. While she may not be the best known celebrity, in the crowd that plays Dragon Age there are sure to be more than a few fans. I have to say, the hype was worth it. I absolutely loved Tallis as a character, and her introduction into the game is one of the most kickass cut scenes, definitely don’t skip that one. 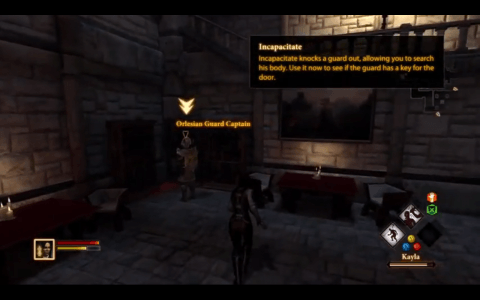 I’m not going to talk a whole lot about the plot, but it basically has Tallis ask you to help her steal a jewel from an Orlesian Duke. (Note: Don’t put Aveline in your party, she hates the whole stealing business and will spend the whole time bitching. This was an oversight on my part and I subbed her out a minute into her complaining. That minute was enough.)

The DLC is set in Orlais, so prepare yourself for some heavy French accents, racist comments, and super elitism. This game is so full of little nudges that sometimes it’s practically screaming ‘heh, see what I did there? Aren’t I funny?’ 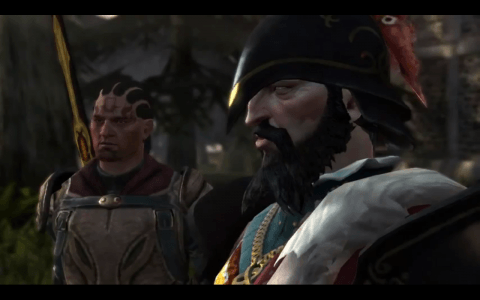 There is a lot more humour than in the main part of the game. Usually the game does subtle humour with sidelong glances and little details, but it was like someone told the writers they could be more obvious with their humour and every single thing was packed with it. I don’t know if this is right, but I’m gonna say it was the inclusion of Felicia Day. They obviously wanted to show off the fact that they’d snagged a comedy actor, and the entire game has a completely different feel. Even the animated exposition scene was funnier in tone and pacing than usual. Don’t get me wrong though, I don’t dislike it at all, I think it’s pretty awesome actually. Instead of just shoving Felicia Day at fanboys and girls they’ve done her some justice and let her do her thing.

Tallis is well scripted, she doesn’t feel like some random character they’ve thrown in for the hell of it. She has some back story, and it’s actually a real pleasure to talk to her. And speaking of back story, Leliana from the first Dragon Age appears again! Which made me probably a lot happier than I should have been. 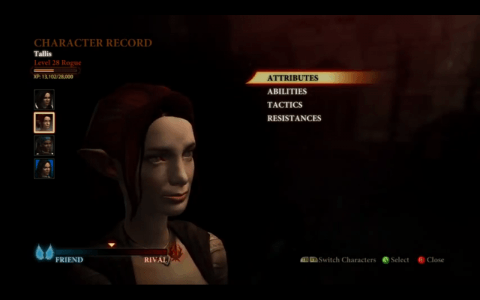 As well as introducing a new character, you get to kill some new creatures in the form of Wyverns (a more kickass looking dragon) and Ghasts. And for those of you who like your codexes, there are plenty of new ones you pick up. 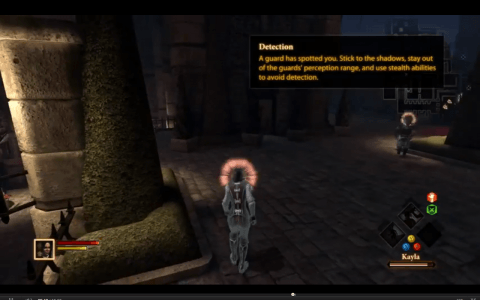 At one point you get the choice of stealthing your way through the chateau or fighting. I chose stealth because Tallis had just had a cry about killing people, and was surprised to see that they actually installed a rudimentary stealth system in. The guards have a flashing red radar in which they can see you, so the point is to stick to shadows, distract them and knock them out from behind when you can. However, if you get spotted you simply go back to where Tallis is waiting behind you and get another crack at it. It’s like stealth for dummies, which was good because I absolutely abhor stealth. The biggest annoying thing about this is that you have to wait for distract and knock out to recharge, at one point I was chilling out directly behind a guard, hoping he wouldn’t turn around, waiting for it to recharge. 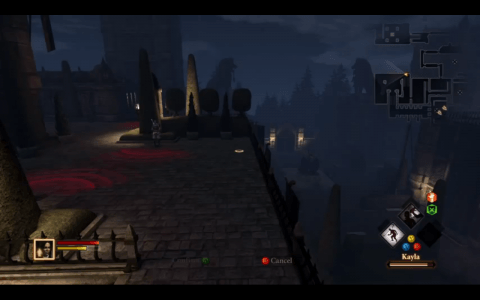 The only real downside of Mark of the Assassin is the fact that Tallis doesn’t stay with you. Instead, she runs off once the DLC is finished, probably to go do some kickass assassin thing while making smartass comments. Although, it’s possible that the DLC will be so popular that they simply have to bring her back. They do leave it open, hinting at the fact that she may return, so here’s hoping. 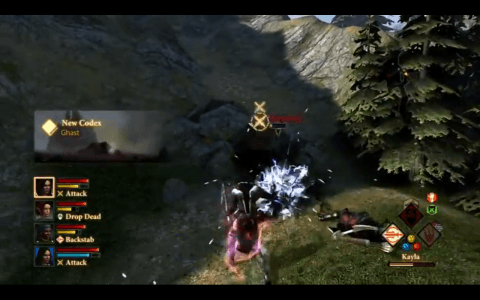 Not much has changed in terms of the graphics or soundtrack. You get the occasional graphics bug where character’s faces just don’t look good in the cut scenes. Tallis is animated through motion-capture and facial-scanning of Felicia Day, and as a result she has a bit of a different feel to her animation. The voice acting on Day’s part is good, considering the leap that has to be made to believe that she is a dangerous assassin.

Dragon Age 2: Mark of the Assassin has a different feel to the rest of the game, it’s lighter and heaps of fun. There’s an awesome story line that holds up on its own and really gets you into it. It is definitely worth a play through.

I give Dragon Age 2: Mark of the Assassin