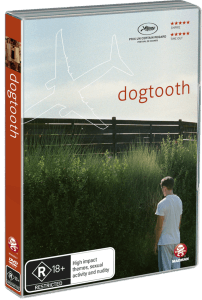 Like a car along a highway, some films can stretch across a long expanse before reaching a destination. Sometimes, the destination is not what we thought it would be, but like the proverbial moth to the flame, we are drawn to the new direction in which a film has taken us. Some will love the new destination, and some will hate it, but you can’t deny that it is – if nothing else – new.

Dogtooth is a destination which is definitely not everyone’s cup of tea. There’s incest, nudity, blood, and it deals with some of the most shocking yet intriguing issues that plague the human experience. If you can sit through this all, though, I can most certainly say you will be enriched by the experience and walk away feeling just that little bit more thoughtful – after all, the film wasn’t nominated for the Best Foreign Film Academy Award for nothing.

The film does, believe it or not, include a dogtooth into the storyline. However, most of Dogtooth’s plot is more abstract than concrete, more metaphorical than literal, and more perplexing than straightforward.

A husband and his wife have three teenagers, who they have confined to their country estate in a bid to protect them from the outside world. The kids spend their days working out, playing pretend games, or learning facts and figures that their parents have made up: in their world, a zombie is a small yellow flower and the sea is an armchair, and children aren’t allowed to leave the estate until their dogtooth falls out. They are fed lies that a mythical older brother was banished from the family home for disobedience and lives on the other side of the fence, and their parents keep them as sheltered as possible except for Christina whom they bring to satisfy their son’s sexual needs. Frustrated with her position in this family dynamic, Christina begins introducing sexual bribery to the shielded children, and what ensues can be described as no more than a completely strange, yet incredibly profound tale. 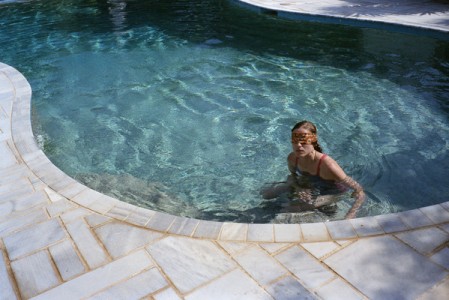 The storyline of Dogtooth is possibly one of the most intriguing that I have ever come across. Every part which drives the story is so deeply embedded in construction and constructing meaning that it becomes hard to distinguish the real from the false. The father and mother have created a cult-like atmosphere in his home, brainwashing their children into believing a different reality to that of the world around us. The script is wonderfully written: it is simple and funny, but still allows for the complexities of the issues shine through. The writers constructed it in such a way that there were awkward and monotonous moments between the family members to show the detached life they all lead.

What is so striking is that upon watching the story unfold, I was reminded so much of how everything we know is only true because that’s what we were taught to believe. Dogtooth makes you question, wonder, and rethink everything that you know in your life, but also it stands on a higher moral ground of parenthood. How much is enough to protect our children from the outside world? When are children allowed to fend for themselves? And how much control do parents really have over who and what their children become?

None of the characters identities are actually revealed – instead, they are known as Father (Christos Stergioglou), Mother (Michele Valley), the Eldest Daughter (Aggeliki Papoulia), the Youngest Daughter (Mary Tsoni), and the Son (Hristos Passalis). The only person with any name in this film is Christina (Anna Kalaitzidou), which really does establish her straight from the beginning as someone who doesn’t quite fit and disrupts the balance. 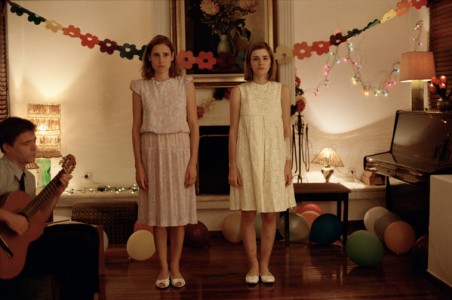 Most of the characters in here have flat personalities, childish tendencies, and are brilliantly portrayed by all the actors. The characters don’t act as a family; it seems a little more like an awkward tea party with friends you just don’t get along with that well. The kids – although technically teenagers – still have the knowledge and curiosity of a newborn puppy, and are naïve and quick to believe what their parents tell them as they have no other way of obtaining knowledge. By far, the most irritating one was the Son, who I felt served no purpose but to up the sexuality of the film. While sex is all well and good, there wasn’t enough ideological reason behind his actions to justify his existence. The Eldest and Youngest Daughters are both likeable enough, but the Eldest has a rebellious spirit which may bode well with a lot of people.

The Father is the controlling, dominating one in this film which could cause a lot of people to see him as a bad person (certain words like ‘crazy’, ‘lunatic’, and ‘on crack’ spring to mind). However, while his actions were crazy, to me he seemed like a genuine father who was too overcome by the threat of the outside world and took drastic measures to protect his children. In all honesty, while it’s easy to relate to the children and their plea to get out of their oppressed life, I found it was easier and more interesting to understand and see the love he had for his children. By all means, none of these characters are two-dimensional but the Father was – at least to me – the most intriguing of the bunch. The Mother helped enforce this brainwashing in the household, but she was really a sub-character in a film where the Father’s drive to control his family is truly the leading story.

Like the storyline, the visual can be difficult to get accustomed to and is definitely not everyone’s cup of tea. Dogtooth takes a break from the classic film shots that make up the majority of blockbusters and low-budget films and uses more of an arthouse style of cinematography, which can be a confusing and interesting experience stylistically. 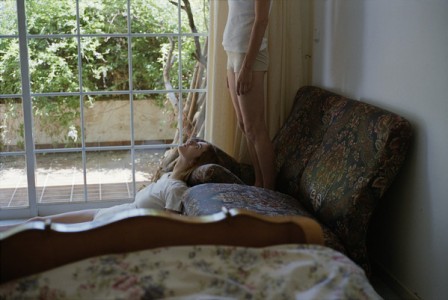 Many shots actually end up having character’s heads cropped out of the frame, and I’ll be absolutely honest again: I’m not sure if this was the right choice from the director Giorgos Lanthimos. I do understand the shocking nature of the content should be accompanied by equally jolting visuals, but it just made the momentum of the film slow down a bit and it really didn’t do Dogtooth any favours. With that being said, there are beautiful shots of the characters and their country estate which provide plenty of eye candy.

The soundtrack features mainly Greek music (it is made by Greeks, after all), but the music really does suit the tone of the film. There’s a lot of guitar with Greek vocals, which almost soften up the edgy content that the film presents. There are plenty of beautiful scores, but the biggest audio narrator in this film was silence. More often than not, the silence is more poignant than any soundtrack could ever be. The film doesn’t make use of too many SFX, and instead relies on the score and the characters to bring together the actions in the film.

The DVD only comes with deleted scenes, the Dogtooth trailer, as well as the standard Madman trailers. The trailer isn’t really worth watching after you’ve seen the film because it makes the film out to be far more climatic than it really is. The deleted scenes…well, I have to say they were a bit of a disappointment. Most of the scenes involved characters dancing for minutes, and I suppose it really justified why it was deleted. It’s always worth a watch though, but you might end up just fastforwarding through like I did.

Dogtooth is truly a unique film that requires an equally unique attitude to appreciate it. While it’s most definitely not for everyone and it has its minor flaws, overall the film is a powerful and poignant tale that is more about making its audience think, rather than simply telling a story. Dogtooth may not be the funniest film and it certainly won’t “inception” you, but it does hold its own new destination that truly makes it remarkable in its own right.