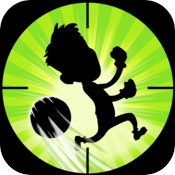 In Dodge This!, endless hordes of runners await you. Armed with your trusty cannon, you must stop then from reaching their goal. Meanwhile developer Imagination Studios has armed their title with wonderful presentation, solid controls and familar gameplay. This quirky, casual shooter is packed with fun and surprises, although it may not hold your attention span for long. It’s not perfect, but Dodge This is a solid title for iOS devices. 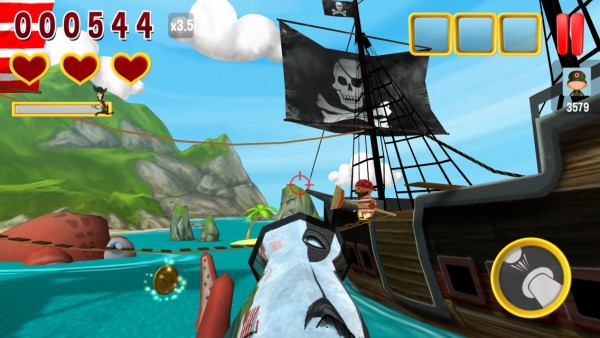 Contrary to the title, you’re not really expected to dodge anything in Dodge This. Instead, you must fire at cannon fodder and stop them from reaching the other edge of the screen. Again, contrary to the title, they don’t really try to dodge your shots for the most part, which makes the endless firing at endless runners all the more fun. Players manoeuvre their cannon via on-screen controls or gyroscope and fire by tapping the screen. Personally, I prefer the on screen controls but gyroscope works efficiently too. This is all done in first-person perspective but sorry FPS freaks – this casual title has more similarities to carnival games where you throw baseballs at milk bottles than a Call of Duty title. Power ups and upgrades also await you with a slight push towards in-app purchasing which proves to be slightly disappointing. Still with a large variety of enemies gameplay proves to remain interesting. These vary from offensive bomb-throwing opponents and others that vary in speed, hit points and more. Daily objectives are also thrown into the mix to keep things fresh to make earning in-game currency for these upgrades easier. Still in-app purchases seem a little pushy, but if one enjoys the gameplay enough this can be overlooked. 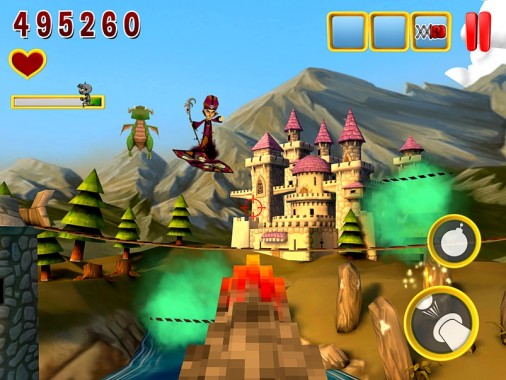 With plenty of variety in opponents, weighted ammunition, upgrades and wacky environments you’d think Dodge This may tick all the boxes for an engaging title, however the formula quickly pulls it down and falls flat. Without a gimmick or stand out element to entice the player, Dodge This is forced to rely on it’s repetitive gameplay and quirky presentation. While it remains entertaining on a superficial level, the gameplay remains all too simple and repetitive. After playing for a short while, many gamers will probably have a very “been there done that” attitude towards the game. 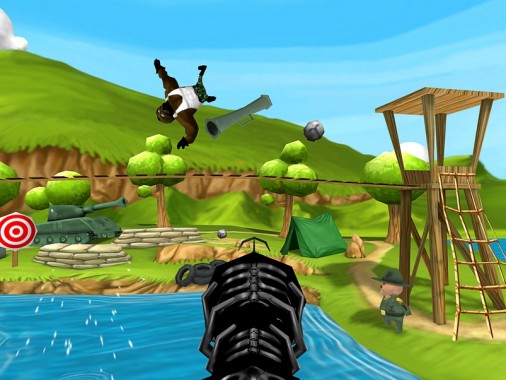 For what Dodge This lacks in the gameplay department, it surely attempts to make up for it in presentations. Quirky themes and characters all filled with personality ranging from military men to wizards to chickens flying out of your cannon. Textures are simple and cartoony with bright colours that are sure to bring smiles and animations are fairly decent. It can be a little rough around the edges at times but for the most part the childish atmosphere is enough to disguise the incredibly average gameplay. Sound effects are efficient and and the music is of what you’d expect in a carnival themed title. It’s fun, it’s friendly and it gets the job done. 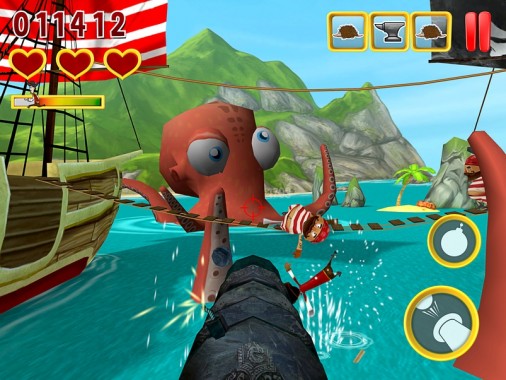 Dodge This! doesn’t have any major flaws – it’s presentation is spot on and filled with personality, controls are solid, there’s plenty of variety….there really isn’t too much to complain about. However there isn’t much in the gameplay that stands out either creating a very familiar and lacklustre experience. While it may feel incredibly average, you don’t have too much to lose as it is free-to-play if you ignore all the in-app purchases that are highly encouraged. Regardless, if your a fan of arcade fun and shooting people in the face, Dodge This may still be worth a go. After all it’s free so what’s the harm right?