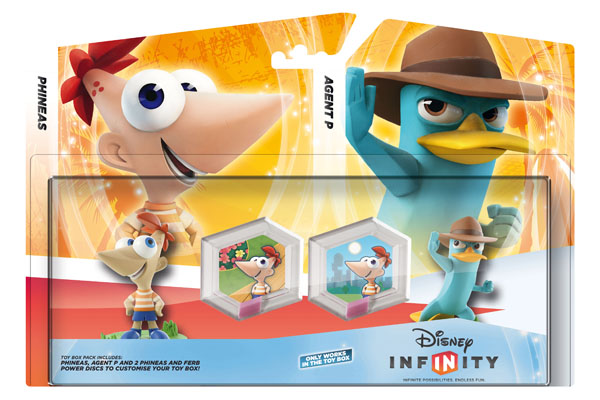 Disney Infinity has been delighting hearts and minds since it launched last August, and one of its biggest draws has been the fact that the range of figures keeps growing and covers a wide enough net to provide something for literally everyone. While Disney Infinity 2.0 Marvel Superheroes is almost here, there is still one last piece of the Disney Infinity 1.0 puzzle left, and I am not afraid to say that it is the one I have been most looking forward to.

Phineas & Ferb is one of the best things to come out of Disney in the last 10 years, and easily one of the best television programs the House of Mouse has ever put out. The adventures of two geniuses, building over the top contraptions to fill in their summer vacation has the right mix of humor and intelligence to appeal to audiences young and old. Well, now Phineas and Perry “Agent P” The Platypus have finally arrived, ready for you to play them in the Toy Box Mode. 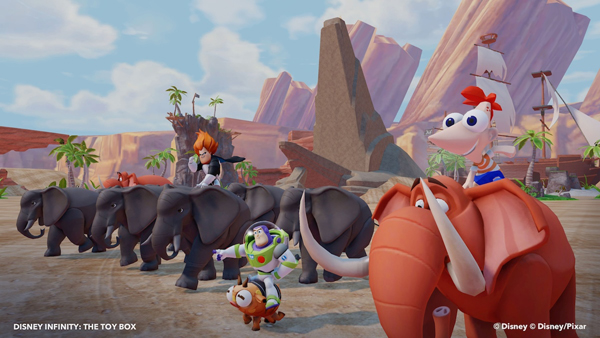 Like many of the wave two figures, Phineas and Agent P are only playable in the game’s Toy Box Mode. While they don’t have a playset of their own, they bring a world of life and vitality to an already jam-packed game.

Phineas brings a brand new weapon into the game – the Baseball Shooter. Like most characters, you can aim and fire down the barrel of your softball cannon to take down enemies from afar. This is Phineas’ primary method of attack and although he has some melee options, they aren’t too effective. 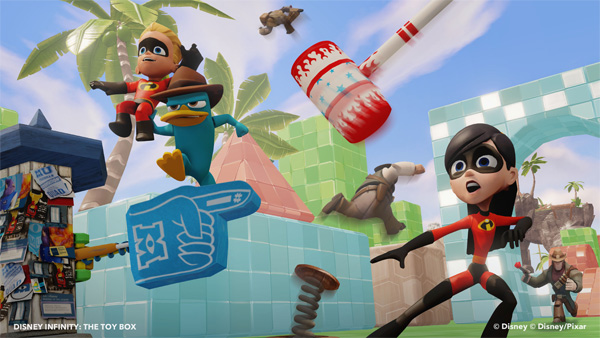 Agent P on the other hand has an ability that is unique among the playable characters – he can throw his hat. Much like the Tron Identity Disc weapon, Perry can throw his hat a great distance and it would fly around in a wave-like pattern before landing square on the Platypus’ green head. This can sometimes cause a bit of a visual glitch, but most of the time it looks awesome and will have you throwing your hat like Oddjob in no time.

One last thing to point out. Since these are the last two figures available for the game, they also bring something special. If you have the entire figure collecting (excluding the crystal figurines) and level each of them up to at least level 1, then a special item will appear in the middle of the Hall of Heroes for you to collect. The item once collected will go into the packs of all characters, and is really (and I do mean REALLY) cool. We don’t want to spoil the fun just yet, but head on over to your Hall of Heroes and check it out. 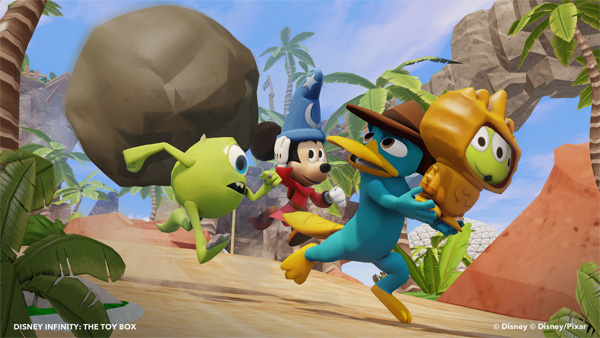 Lets talk about the figures themselves for a second, especially Phineas. Even in the context of the show, Phineas is rather oddly-shaped. His giant triangle face puts him apart from many cartoon characters, but at the same time makes it rather difficult to transition into a 3-D Model. The main problem with the figure is the pose that they have chosen for young Phineas. Looknig at him side-on perfectly captures the look and feel of the show and makes it feel like it has come to life. Unfortunately, looking at him front-on is a little more jarring, making it look like he is a skin-coloured banana on top of a shirt. The worst however is if you look at him from the right-hand side, his eyes are stark white and he looks like he has been possessed by a demon.

Thankfully, the in-game model which isn’t locked to one position doesn’t suffer from this problem. Here, Phineas fits right at hime alongside Agent P, Mr Incredible or Lightning McQueen. He really ties the whole package together nicely.

Phineas’ voice actor Vincent Martella returns to lend his lungs to the pointy-headed youngster, and it sounds awesome. The first time you slap him down on the Disney Infinity Base, you will be greeted with the infamous “I know what we’re gunna do today” and if that doesn’t bring a smile to the face of any fan of the series, I don’t know what will. 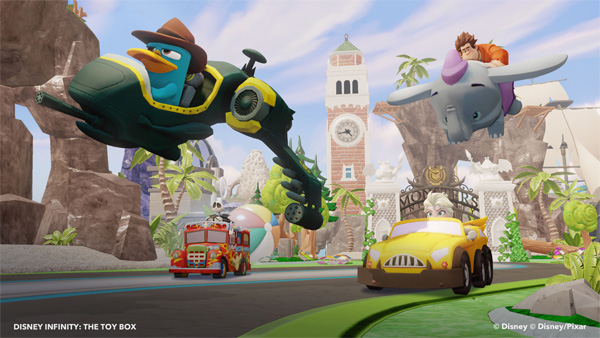 Agent P is a whole other story here. He is a relatively simple shape on his own (I mean he is basically just a rectangle with legs) so his transition to figurine has gone perfectly. They have added a third dimension to his body, given him his trademark hat and off we go. He keeps his signature colour scheme from the series, which again helps him stand out amongst the crowd. As expected, Perry doesn’t have any voice work for the game (you know… because he is a mute platypus). While Agent P is voiceless, it still would have been nice to get that trademark Perry growl from the show.

If you buy the two figures as part of the Toy Box pack (or you get lucky with the Power Disc Booster Packs) you will also get two Power Discs that will transform your world into the Tri-State area. When you do this, the visuals all change dramatically to make the world look like an episode of Phineas and Ferb come to life, but they also bring with it some new background music; Gitchee Gitchee Goo. The hit song from the show’s second seasons will play on loop in the background, offering an up-beat soundtrack for your experience. 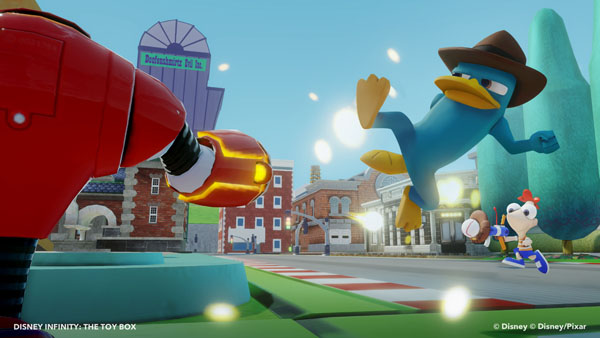 Phineas and Agent P wrap up Disney Infinity 1.0 and while it is sad to see it come to an end, now our sights can be set on Disney Infinity 2.0 Marvel Superheroes. Remember that Phineas, Agent P and all the other figures will be playable with the new game. The figures themselves are some of the most highly anticipated of the series and for the most part they live up to the hype. Sure, Phineas is frightening if you look at him from the wrong angle and Perry’s hat has a habbit of just randomly appearing on his head, but they are minor problems at best. The major problem is that there is no Ferb figurine to complete the set.