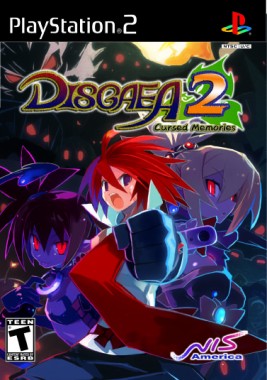 Overview:
So you’re interested in Disgaea but don’t know where to start dood? Well whether you’re a seasoned Disgaea pro wanting to relive old memories or a Prinny in training looking for an entry point to the series, Disgaea 2: Cursed Memories on the PlayStation Network won’t disappoint.

It’s just as it was on PlayStation 2 and there isn’t anything wrong with that. Disgaea 2: Cursed Memories seems to have hardly aged a day since it was originally released and despite being a simple direct port, it is well worth the price tag for both Disgaea veterans and the uninitiated. 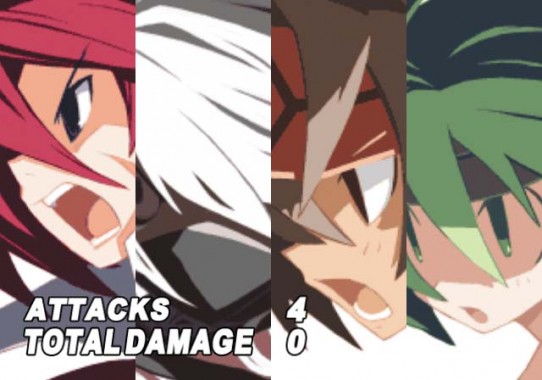 Story:
Straight from the get-go, Disgaea 2: Cursed Memories sets the stage for one of the franchise best and most beloved story-telling outings. It starts hard and fast, laying it on thick with the dark humour of Disgaea, detailing the demon-filled world and its plight of Overlord Zenon’s curse.

It is easy to see why Disgaea is such a popular series, with its biting humour, rich world and well-defined cast of characters. There is certainly a lot to sink your teeth into, especially with Disgaea 2 which is widely considered to be one of the highlights of the franchise.

Perhaps the thing that makes Disgaea 2 so special is that underneath all of its silly dark humour, there is a genuine warmth that goes hand in hand with its more wackier elements. Combining comedy with honest emotion is what makes Disgaea such an endearing franchise and Disgaea 2: Cursed Memories is a great example of that.

Resonance is an important part of story-telling and resonate is something Disgaea 2 does. It’s like a memory etched in your mind that you look back on with a nostalgic grin etched across your face. That very warmth will have you smiling from start to finish. 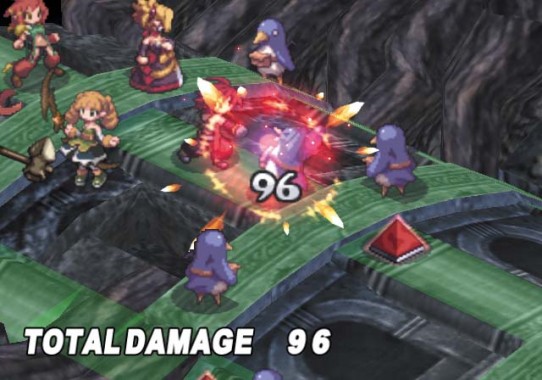 Gameplay:
Disgaea 2 much like the rest of the franchise employs a strategy RPG format that is every bit addictive as it is challenging. You could easily lose yourself in this game for hours upon hours. There is over a 100 hours of game to be played here no doubt about that.

When placed alongside it’s sequels it is plain to see that the game’s basic formula has naturally been updated since Disgaea 2. The combat has been tightened and polished since the original release of this game and as such it isn’t exactly a fair comparison to make with the other Disgaea titles on the market. Standing on its own however, Disgaea 2 plays very well despite its age.

If you played Disgaea 2 back on the PS2 then you will know what to expect as this is nothing but a direct port of that version of the game. For those looking for a place to begin with the franchise this is one of the more simpler entries of the series in terms of gameplay,  with a lot less of a learning curve to it. The combat is simple yet deep, with an immense level of strategy that goes into it, really earning the title of strategy RPG. 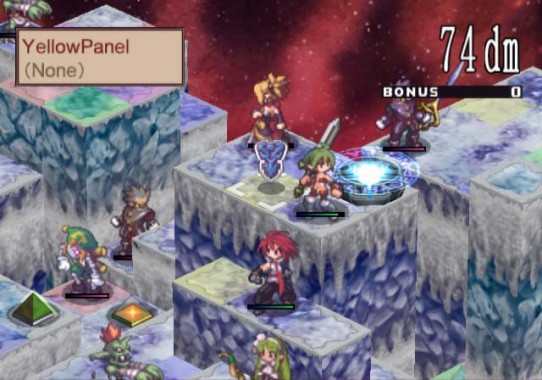 The battles are the true highlight of Disgaea 2, as it is where all the addictive elements of the game reside. Turn-based combat requiring you to command a team of characters is what is on the menu for Disgaea 2. With the variety of abilities and types of battle that can arise there is many strategic possibilities  with more potential strategies coming into play the further you dive into the game. It can get to the point where you become embroiled in such intense combat that you could be in combat for great lengths of time.

For all its addictive elements, Disgaea 2 is a simple yet complex strategy RPG that just gets bigger the more deeper you delve into the game. You’ll no doubt spend a lot of time in the world of Disgaea 2 as you get swept up in its sway. 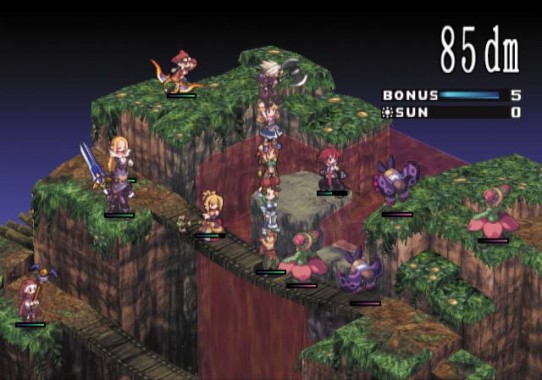 Visuals and Audio:
Aesthetically Disgaea 2: Cursed Memories is very much Japanese. Implementing the art-style that we have come to know and love Disgaea for, featuring chibi anime character designs that have a definite cute-factor (the Prinnies define the Disgaea art). While sprite-based art feels odd to see on a home console in this day and age, it is this style that really proves to stand the test of time. It still looks as gorgeous as it always did and the animation sequences are jaw-dropping beautiful.

The soundtrack that Nippon Ichi used for Disgaea 2 is best described as an absolute classic. It is composed with finesse by Tenpei Sato and is a credit to him as a musician. There are many tracks here that will ingrain themselves into your head, set up camp and stick with you long after you put down the controller. Beautifully composed, Disgaea 2: Cursed Memories soundtrack is unforgettable. 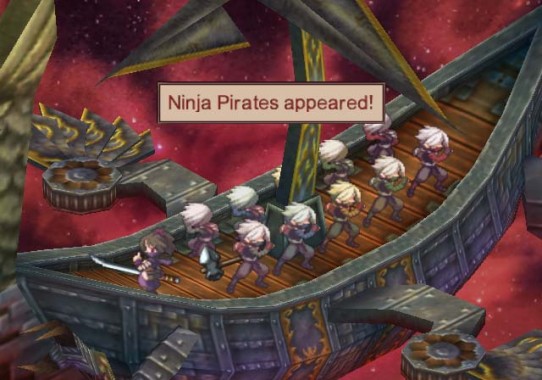 Overall:
A truly great game is one that can stand the test of time, a game that is great in any era. Disgaea 2: Cursed Memories is one of those games. It is just as good today as it ever was and that is truly a testament to not only the Disgaea franchise but also the brilliance of Nippon Ichi Software. They have created a perfect formula that is nothing short of timeless.

Disgaea 2: Cursed Memories is a highlight of the series, it features one of the most engaging stories and characters seen in the franchise and the gameplay is utterly addictive, beckoning you to sink hours upon hours into strategic demon battles. If there was any strategy RPG game on the PSN that you could really sink your teeth into, it is Disgaea 2: Cursed Memories. It is just as good as it always was and for the price tag, this isn’t a game that should be passed up whether you’re a fan of the series or this is your first time making memories in the world of Disgaea. This is an offer you can’t refuse, so do yourself a favour and dive into Disgaea 2 dood!