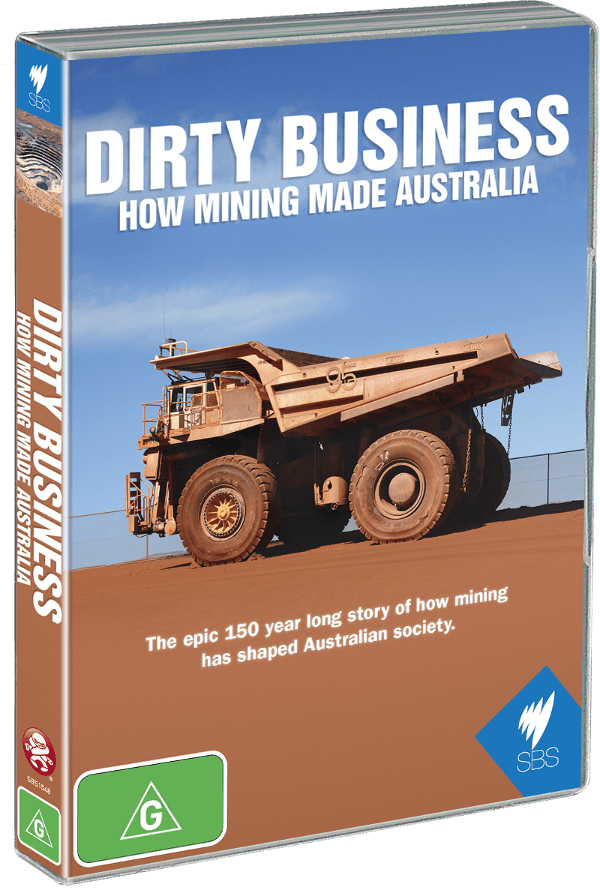 As series director Jacob Hickey so declaratively says ‘The story of mining is the story of Australia.’ While it may be commercially convenient for him to hold this view, this perspective is very clear from watching Dirty Business. The geographical scale of mining is complimented by the temporal scale covered throughout each of the three episodes. Australians should definitely watch this show, considering the impact this industry has on our lives, our politics and our rights. For non-Australians this insight will introduce you to our society on a meta-functional level. Considering the intersects mining apparently has with the rest of our social organisation you’ll also receive glimpses into our culture, various local communities and a perspective on history that shines light on the source of our wealth as well as the social injustices that such wealth usually attracts. 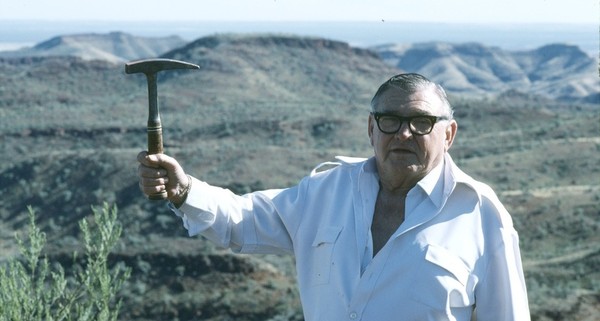 Dirty Business has 3 separate sections: Money, Power and Land. Each of these is given its own episode, cherry picking moments of history relevant to the core theme. These hand picked moments are always chronologically ordered, which makes following the trajectory this documentary is proposing simple. While they try for balance, every time something positive about the companies is mentioned it’s either tainted by the true nature of their motives or happens as a result of companies trying to screw over a minority. The end result is a series that is quite critical of the industry while retaining an awareness of the significance of mining to our economy and international standing. Really, you can’t blame them. As the evidence piles up before you, particularly around the political machinations these companies exploited, there seems to be little else to conclude.

The Rinehart empire gets considerable coverage as does the emergence of BHP. The shift from miners digging to depths of 5 metres to mega-corporations coming in and creating mine shafts is depicted as a dramatic pivot. As a result the histories of unionism and workers’ rights are revealed, creating a story of emancipation over a prolonged period of time. Intertwined histories of racism, Chinese immigration and the White Australia policy graphically demonstrate Australia’s racially charged past. When those issues are then combined with workers’ rights, a complex interweaving of multiple narratives we may have all heard before convey a new perspective on our history. One that is darker and fuller than what we may have heard before. 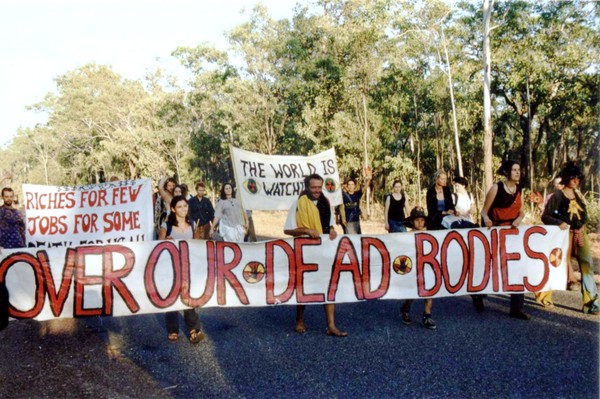 Indigenous affairs feature prominently throughout the series, continuing to uncover more of the dark history of Australian colonisation. Toward the end, Dirty Business tries to paint the industry as the new saviour through employment. Having so thoroughly established the human rights abuses conducted at the behest of both the companies and the workers you cant help get the feeling that some savvy marketer had come up with a PR solution that also gave them access to minerals as opposed to having an interest in the rights of the first Australians. A lot is exposed here that should make you feel ashamed, whether directed at the treatment of Chinese and Indigenous people, the exploitation of workers rights or complete lack of concern about the impact of commercial mining. There is a crushingly ironic revelation when it is uncovered that the bombing of Darwin in WWII was committed with materials mined in Australia.

The contemporary political landscape is explored as well. From Communist workers’ groups in the 60s to the impact of Rudd’s leadership spill, a comprehensive lens is cast over the present. Analysis of how mining companies destabilised the government through tens of millions of dollars of propaganda is well executed, if not frightening in understanding the impact of special interests. Unfortunately we don’t see too much from the government’s side. Blanks of information like this are missing from time to time in this documentary. While documentary makers have this prerogative, such an exclusion feels like a meaty chunk of the pie is missing.

Dirty Business is the perfect example of how to handle the visual style of a documentary. There are no harsh cuts that impact the flow of information or needless pieces of visual exposition. Graphics are used expertly, underlining chucks of historical information with highly stylised appropriations of works from the era they’re discussing. In the colonial sequences this means hand painted stills are converted to 3D and layers, an effect that looks extremely professional. Contemporary sequences use a lot of news footage intercut with mining sites and seats of power. Having ditched a helicopter for a fixed wing plane, the crew capture vast amounts of the Australian landscape in one shot. Often the entire frame will be filled with a mine, leaving almost no sense of depth until you see a truck smaller than a Matchbox car crawl up a massive hill. If you have any idea of the size of Australian landscapes then you’ll enjoy the composition of these shots simply because of their intricate detail. 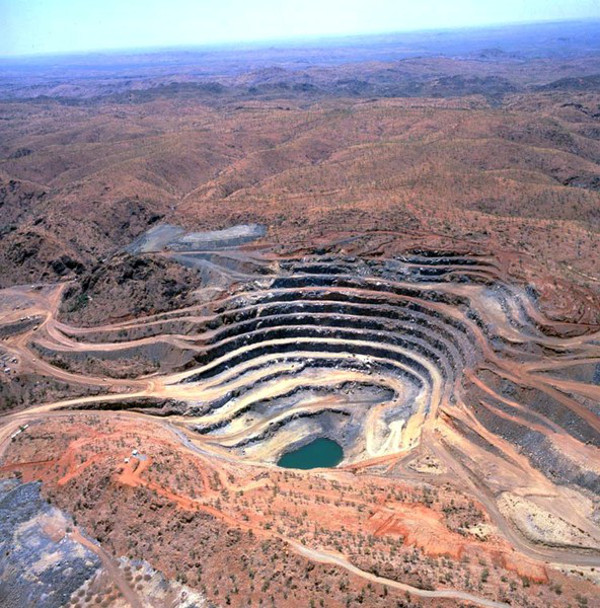 There’s little to say here about the audio other than it works. Another professional job, which in documentary means you really shouldn’t be noticing too much. Every now and again there’s a well placed orchestral swell that defines the height of the audio techniques used. Interviewees were selected not only on their knowledge of the topic but for their ability to comprehend the narrative the series heads were trying to convey. As a casting technique it’s extremely effective. Each person giving forth an opinion here is invested in the conversation, from journalists to political figures. Having an understanding of the director’s thematic trajectory also means that each quote that is taken fits neatly into the sequences they’re placed in.

Despite there being 11 special features, we can break them down into two different categories: the making of and extended interviews. A making of can either be a giant cheese fest or a worthwhile inspection of how the piece was created. In this instance the making of is exceptional. Even though the content itself is fantastically articulated within the documentary, this insight demonstrates how difficult such a show can be to produce. Having watched so many last minute filler packages jammed onto DVDs, here’s a production that knows what it wants to achieve with the medium. The same can be said for the show as a whole. The extended interviews on the other hand are a little less contextual. If you want to learn more you’ll love these interviews but you can see why they weren’t included in the series. Excluding them from the documentary at large was a good choice by the editors. 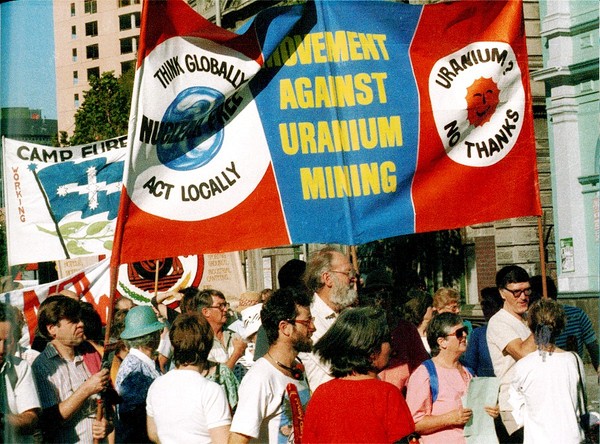 Dirty Business: How Mining Made Australia is a documentary that knows what it wants to achieve, sets out to do it and then gets it done. Documentary fans will appreciate this even if they’re not exactly excited by the topic simply because of the artful execution on display here. Not to infer that the content isn’t any good. Defining the parameters of the mining debate with information many people wouldn’t have been aware of is exactly what Australia needs right now. Considering the CSG debate in the United States, oil stripping in Canada and resource projects the world over I believe that there’s something relevant for everyone no matter where you’re from. History buffs will particularly enjoy how the colonial era is rendered, spots and all. This DVD will ensure you win any debate when somebody tries to bring up mining, no matter your perspective. If you’re looking for a pro-mining line you may have to dig a little deeper into this than others. Maybe it’s bias or maybe the situation is just that bad.