Dinner Date is a nominee for the Indie Games Festival 2011 awards. The game is a fantastic example of video games as a legitimate art form.

Dinner Date is puts the player in the sub-conscious of a young British man named Julian Luxemburg who has invited a girl named Meiko to his house for a dinner date. For the most part, Julian appears to be an average young man, suffering from normal insecurities and desires. Players endure Julian’s heart wrenching experience as he slowly begins to realize he has been stood up and watch as his ego. Players witness Julian’s sense of self-worth crumble. 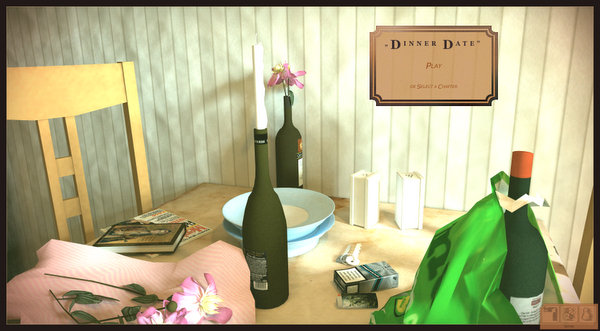 Dinner Date can easily compete as one of the most depressing games ever made. The themes of longing for romantic companionship and heartbreak are universal. Most gamers can sympathise if not outright empathise Julian’s situation. I do not recommend playing this game while feeling depressed, this will only drag the mood to even darker places. Julian’s monologue is well crafted and believable. It spans approximately 25 minutes in length and even manages to quote Lord Byron’s poetry. 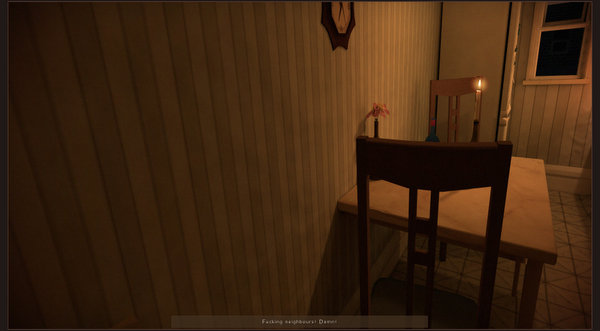 The gameplay in Dinner Date is not gameplay in the traditional sense. Dinner Date could have easily been made into a short film as players only control Julian’s subconscious. Players can nudge Julian’s anxious eyes to the clock or dip his bread nervously in his soup by pressing keys on the keyboard. That is literally the extent of the gameplay. The game clearly states in the beginning that the actions of the player will have zero effect on Julian’s behaviour. It is extremely difficult to properly give Dinner Date a genre beyond “indie” as it is unlike most pieces of interactive fiction. Instead of providing options on how Julian reacts to the situation, the player will drilled right into Julian’s shoes and forced to ride along a set track with the story. Many gamers will be uncomfortable with having so little control over their character. 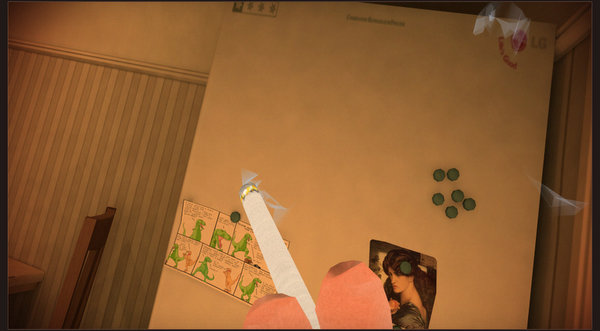 Dinner Date does not have cutting edge photorealistic graphics. Instead, it runs with a slightly dated graphics that is realistic looking with the slightest touch of cartoon. The animations were excellent, however with the camera movement, I found myself getting a little motion sick. I am usually ok for the most part when playing video games, but I found when Julian threw his head to the side to look at the kitchen counter or stare at the clock on the wall. I suspect this may be a mix of the field of view used and the way the camera jerks to the side. This can be avoided by simply choosing actions that keep Julian’s attention focused to things in front of him. 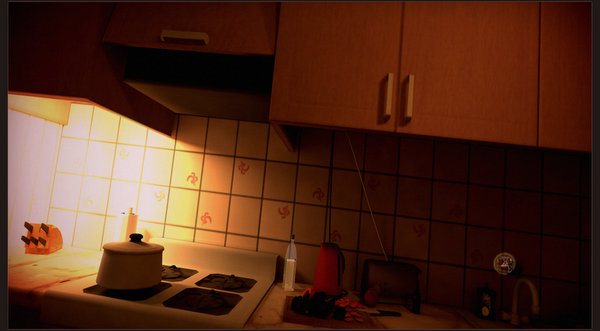 Dinner Date contains approximately 25 minutes of Julian’s monologue. Although it will not win any Oscar awards for acting any time soon, the actor does a good job none the less. Julian’s voice strikes the right tone of a man whose confidence is slipping away and being filled with self-doubt. The delivery manages to be depressing and just barely avoids becoming mopey to the point of annoying. The music is gentle and suits the mood well. One thing that particularly stood out to me was the menu’s sound after the game was complete. I wore headphones using Dolby Headphone for surround sound. I felt like I was actually sitting in the kitchen while Julian cleaned up the dishes from the night before. It was a small but impressive touch to the game. 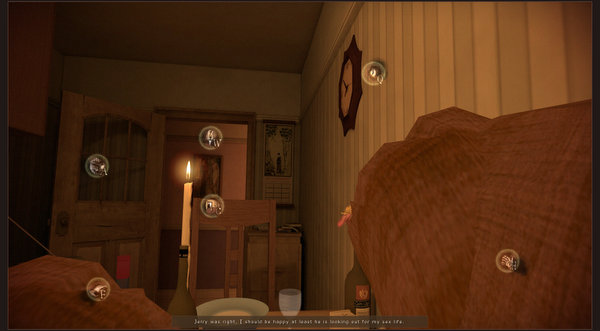 Dinner Date is an incredibly hard game to give a proper numerical score. It is a love it or hate it game that probably split a room of gamers in half. For the price of $2.99 for a 25 minute game with zero replay value, it is extremely expensive. However, it is an interesting take on video games as a story telling medium. If you manage to see Dinner Date on sale and are looking for something new, give it a try.