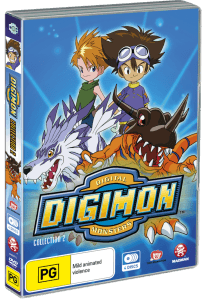 In 1997 Bandai released the popular Digimon Virtual Pet that spawned the anime Digimon: Digital Monsters. The series’ most popular season is arguably the first one and now it’s finally been given an English release on DVD splitting into two halves. The first half concluded at episode 27, with the evil Myotismon crossing the threshold from the digital world into the real world as he begins his assault on Earth. Now with a swifter, more action-packed start and a stronger focus on character development, it is clear that this really is the better half of the season. However many of the same flaws are still to be found, but if you were able to look past them and enjoyed Collection 1 then your simply going to fall in love with this second collection. 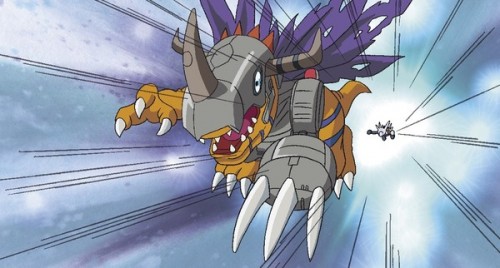 Ok so first up if you missed out on the first collection or are completely unaware of the Digimon plot, the tale is basically seven kids who get transported into a digital world, get their own talking digital monsters and have to fight a bunch of digital bad guys. Pretty straight forward stuff right? What works so well in this series is the dramatic focus on the emotional journey as well as the physical one, touching and various deep and meaningful issues that can is really impressive for a show aimed at such a young audience. These creatures that hang with the group (A.K.A Digidestined, try and keep up you digimoron!) can transform into bigger and badder digimon by digivolving as well. Basically, if you love the word digi, your going to love watching Digimon! 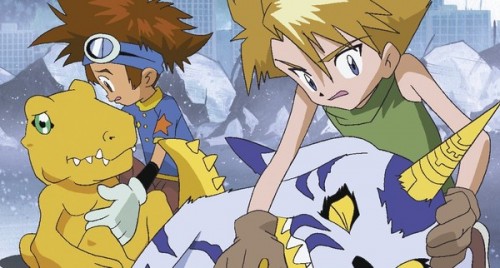 When we last left our heroes, the evil Myotismon and his army had begun their assault on Earth from the digital realm. With an faster paced start in a situation that seems almost hopeless, Collection 2 has a much more engaging and faster start than Collection 1. Furthermore, the very predictable ‘monster of the week’ pattern isn’t repeated as often, and when it does it’s a lot less obvious. To mix things up a little, an eighth digidestined is also introduced as well as a bunch of new enemies like The Dark Masters who are a lot more threatening as well. It is revealed that previous threats Devimon and Myotismon have been simply tests for the real digital threat, The Dark Masters of which the Digidestined have no chance against, and the only way they can hope to defeat the enemy is by searching within themselves and finding how to embrace their crests and digimon. This works as a very effective tool in giving the season a lot of surprisingly deep character development and really helps you appreciate the characters. The Collection continues to keep things exciting throughout however before kicking it off with an epic finale. 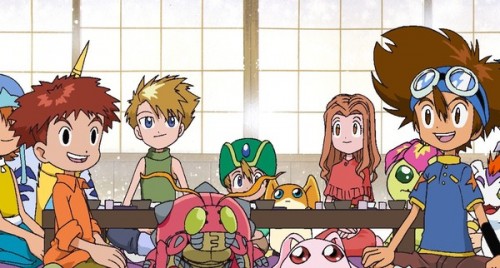 Collection 2 starts off strong and action-packed episodes filled with adrenaline, especially through episodes 35-39, and episode 40 ‘Enter The Dark Masters‘ providing a nice change of pace compared to the rest of the season. From there onwards, the show takes an interesting turn and begins to focus more so on more heart-felt episodes that are equally if not more engaging such as ‘Trash Day‘,’My Sister’s Keeper‘ and most importantly ‘The Crest of Friendship‘. Where Digimon does fall weak however is with episodes such as ‘The Ultimate Clash‘ and ‘The Fate of Two Worlds‘ where the writers try and explain the history of the digital world. As an audience member you can appreciate what the show is trying to do by giving it some depth, but it never really comes across as being as well-told as other aspects of the show. 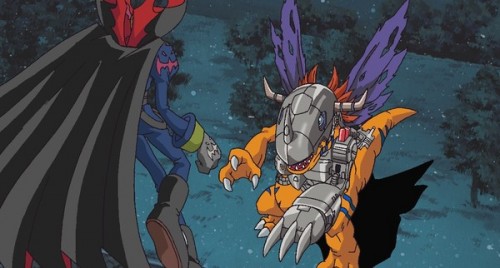 While Digimon Collection 2 is filled with positives and improvements over the first collection, it isn’t flawless. Just like the first collection, many of the show’s flaws are simply because it was dubbed so poorly, and therefore is completely filled with plot holes that can really take away from the experience. In collection 1, characters Matt and T.K were established as half-brothers, but in this half of the season they are brothers by blood with the same parents. Furthermore, about half way through the show gets a narrator when it didn’t have a narrator previously before. There’s no explanation, nothing. While these are two major inconsistencies, tiny little jokes are thrown in for western audiences are throw in that are simply wrong by the show’s logic. For example, in one particular episode a whale-like Digimon, Whamon is subject of a punchline where Izzy corrects Tai in saying that a Whamon being a whale is a mammal not a fish. While this may of been thrown in for comedic or educational purposes, it’s not true-Whamon is a intelligent, talking, fighting digimon, not a whale. It seems all the major plot points that can disengage the audience are results of the dub aiming to be more americanised. While the intension of such may be to help draw the audience in, the inconsistency of the approach actually does the opposite and harms the show overall. While these are just minor flaws of the show, they do build up and there are a lot of them. That being said however, if you ignore the relationship of Matt and T.K being randomly changed and the odd inclusion of a narrator being added in mid-season randomly, there are a lot less plot holes in Collection 2, but that’s not saying much. 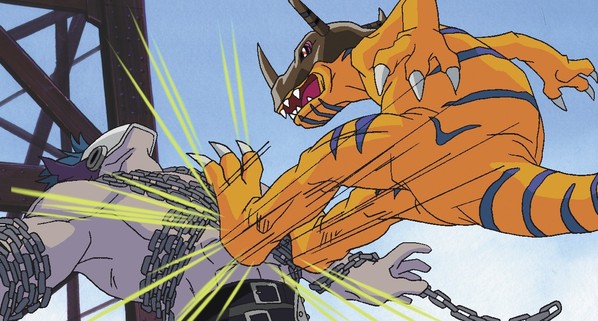 Much what can be said about the graphics and audio of the first collection can be said here as well. The character designs are equally as impressive and filled with creativity. There still is a sense of inconsistency with Agumon and Garurumon being the only Digimon in the season to receive 3D animated transformations while the rest are stuck with 2D ones although this is easily overlooked. Unfortunately while in Collection 1 the constant re-use of stock footage of each Digimon’s primary attack and transformation. With now an eighth main Digimon in the main ensemble cast, this repeated stock footage gets really boring and repetitive very quickly, as even more digivolving and combat is involved in this season. While this all still looks great, it get’s really annoying that a good 15-25% of each episode is usually re-used stock footage and after 54 episodes it really easy to get sick of it. 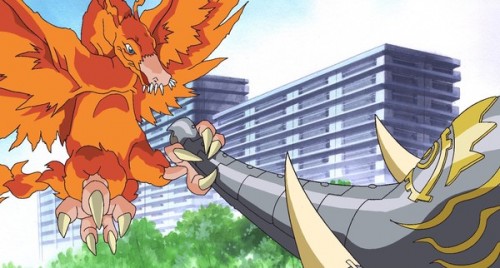 Again, little has changed in terms of audio. Digimon: Digital Monsters still includes it’s kick-ass opening theme. The song Hey Digimon still sucks, feels out of place and is played at very inappropriate times as it is often played at high-adrelanline action/combat scenes and sounds like it’s played by The Wiggles. Needless to say it always ruins the mood of every scene it appears in, which happens in almost every episode. There is still an issue of some Digimon speaking without properlly moving voices, and some Digimon have bizarre voices that don’t suit them, such as MetalSeadramon. The worst offender is a hugely important one; half way through a narrator randomly starts narrating the story. Yeah that’s right-after spending about 30+ episodes with a narrator randomly there is one. It’s a major issue of inconsistency and it makes no sense at all. While this doesn’t take away from the experience, it’s still really, really stupid. Again, no Japanese dub is included, and only the English dub is available, but this time around Japanese openings and closings are included under special features, so that’s nice to be included. 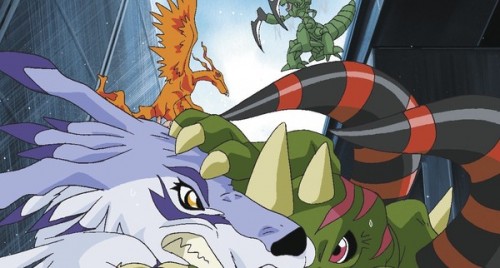 Overall
Digimon Collection 2 is easily the better half of the first Digimon season thanks to a less predictable and repeated storyline with faster pacing, as well as including many more exciting plot points. That being said however, there is much more use of stock footage that is constantly being reused which can get frustrating to watch, and there are odd inconsistencies with the story such as Matt and T.K’s relationship and the switch in narration style mid-season. Regardless, if your a true Digimon fan this will not bother you one bit, and fans of the franchise will truly love it. If your not a fan but would like to check out Digimon, Collection 2 may arguably be the best DVD available along side the original movie and definitely worth checking out. Just try and overlook some minor issues to enjoy the anime to it’s fullest.

Click Here To Read The Review For Digimon: Collecton 1!