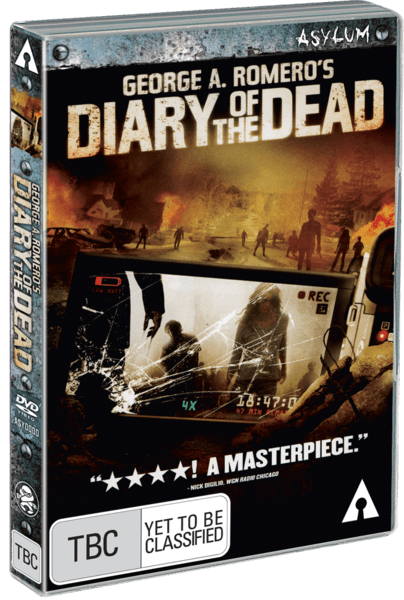 If you’ve ever even heard of zombies, then there is one man who is largely to thank. George A. Romero pretty much single-handedly brought the flesh-eating dead into popular culture with his 1968 film Night of the Living Dead, and decades later he is still leading the pack with his Living Dead series. Diary of the Dead (2007) is somewhat of a return to form for Romero after 2005’s Land of the Dead, once again producing the film independently, and it really shows that the story teller we fell in love with is back. 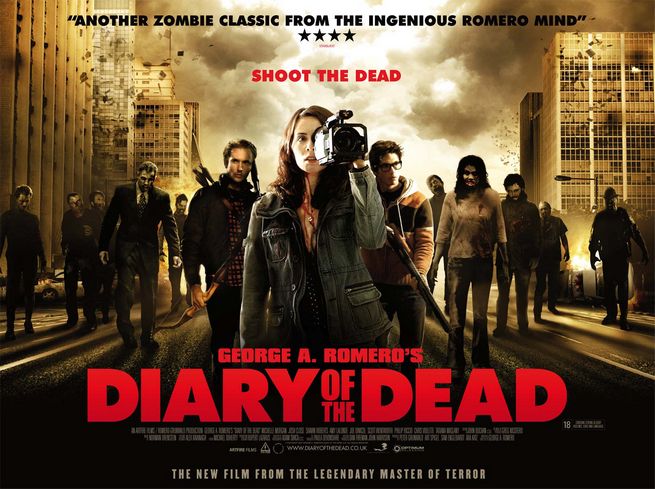 If I were to try to describe Diary of the Dead through half-hearted analogies, I would probably describe it as a mixture of The Blair Witch Project and Night of the Living Dead. That description doesn’t really do it justice though, so let’s get into a bit more detail. The story centers around a group of college students from the University of Pittsburgh who are making a horror film as a school project along with their faculty advisor. During a late night film shoot, the exasperated actors hear news of some sort of disaster on their radio and decide to call it a night.

This is where everything really begins, as upon returning to the dorms with his camera still rolling, Jason (the student film’s director and cameraman) finds the building deserted except for his girlfriend Debra. The group decides that something serious must be going on and this sends them on an RV road trip east to Scranton, Pennsylvania to try to get to their respective homes and check on their families. 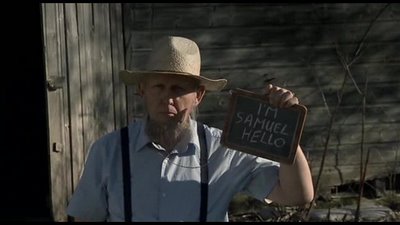 During this entire situation, which is quickly becoming more and more serious, Jason refuses to stop filming. He insists that he needs to capture what is occurring because it may be an important historical event and his ambition was always to be a documentarian. This causes a lot of tension among the group of survivors. As one can probably imagine, having your friend constantly filming during a disaster situation and interviewing you for your reactions would probably get old pretty fast.

Add to that the fact that the dead are coming back to life and you’re got the makings of a pretty shitty road trip on your hands. This all works excellently in the film however, as it forces a lot of dramatic interaction between the characters. At some points I almost felt like I was reading The Walking Dead, another zombie story which focused more on characters than gore. It’s because of this focus on character interaction that Romero really gave you characters that you care about and that you could root for their survival. That is also exactly what made Night of the Living Dead so great.

Speaking of the characters, they are so important to this film and so central to its action that they deserve to be spoken of more in depth. Our protagonist is Jason, the man behind the camera and the determined documentarian who wills himself to record this cataclysmic event. Frequently at odds with the other survivors because of his stubborn refusal to stop filming, Jason on several occasions must defend his decision to document the beginning of the end of the world.

On the other side of the fence however is Debra, his girlfriend and former filmmaking hopeful who has since become disillusioned by their medium of choice. Debra is not only frustrated by the way Jason can so easily record the gruesome events that unfold, but she also shares her thoughts on the propensity of mankind to be more interested in watching a disaster than lending a hand to help.

The rest of the cast is almost equally complex and each has their own set of issues to deal with, other than the whole walking dead try to eat them thing. I can’t stress enough how well done the dialogue and development of the characters was pulled off by Romero and the entire cast. Then of course there are characters that serve a smaller role but are equally interesting to watch. My favorite of which from early on in the film is a deaf Amish man named Samuel that the survivors run into when their RV breaks down near his farm. I won’t spoil what happens with Samuel, but let me just say that it involves a zombie and a scythe. 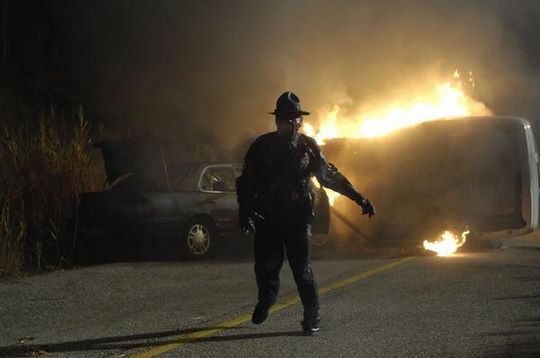 Shown from the perspective of Jason’s handheld camera, and sometimes from spliced in shots from cell phone cameras or online streaming videos, Diary of the Dead pulls off the documentary style really well. Even the music, editing, and narration are justified at the very beginning when Debra assures the audience that on top of preserving the truth with their movie, they want to scare you, and like so many film students are prone to do she even details what equipment their movie was filmed and edited with. It seems like Romero watched the Blair Witch Project and crossed out everything that didn’t work, and in doing so made the most plausible documentary-style horror film yet.

There is a lot of content on this DVD. Seriously, a lot. Other than a fantastic horror movie, you also get loads of bonus features. If there is any aspect of this film you are interested in learning more about, there is probably a feature on it. The cast, make-up, effects, cinematography and design, and that’s not one featurette that includes all of those things. Each of those things is covered in its very own feature. There is even a video titled “The First Week” which details the first seven days of shooting. It’s like a mini film school on a disc. There are also several interviews with George Romero himself so you can hear from the master himself. The only other thing I would have liked on the DVD which wasn’t is a commentary track, as I love hearing what the cast and crew thought as they’re seeing the film. 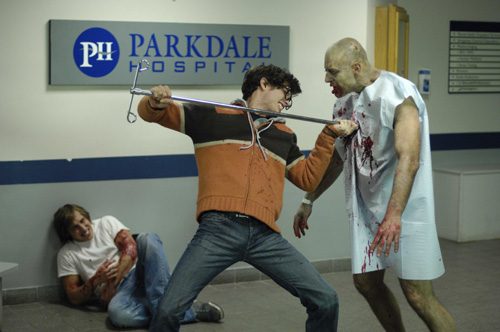 I have not really enjoyed a zombie movie in quite a while. I think the last one I really liked was Shaun of the Dead, because let’s face it, Simon Pegg is hilarious, and when I’ve got a new issue of the Walking Dead to read each month it sort of fills my zombie quota. I am so glad I saw this film though. It not only restored my faith that a good living dead movie can still be made in the 21st century, but I also thoroughly enjoyed it. If you have any interest in horror at all, or if you ever have in the past, this film is one to have in your collection.