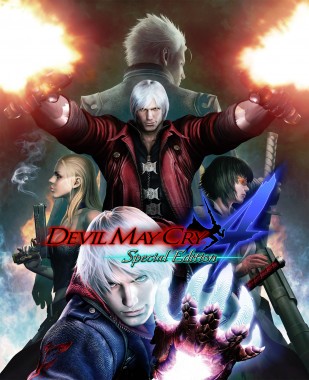 Overview
If you were to tell me a couple of years ago that Capcom would be releasing an HD remake of Devil May Cry 4 (or a special edition, hence the title), I would have been shocked as not only did it seem like the company would distance themselves from the old Dante at one point, but this is also one title in the franchise that doesn’t come up in regular conversation. I would honestly say this game is the “average” compared to the other titles, as the first and third entries are referred to as great, while the second is known for being panned – and DmC, well – it has a mixed reaction from fans old and new. It is a good thing to see this release see some love however, as it is indeed the best-selling of the series, and Capcom have created an ultimate edition of sorts to keep Dante relevant. How does Devil May Cry stand the test of time? Let’s find out. 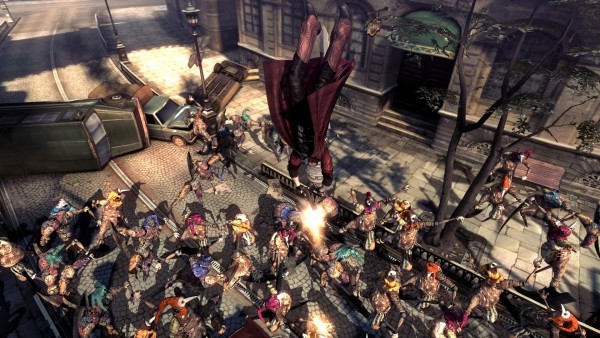 Story
I think most people have played the main story for Devil May Cry 4: Special Edition – but just in case here is a brief rundown. The Order of the Sword – a group that is worshiping Dante’s father Sparda use a young man by the name of Nero to stall Dante as they gain power and become an ultimate force. Dante is of course a demon hunter and the story goes back and forth between Nero – our anti-hero with a heart, and Dante, the protagonist. The Special Edition adds a bit of new takes on the tale with Lady and Trish, as well as Vergil, who is honestly the most fleshed out of the entire upgrade. Sure, its an over-the-top slaughterfest filled with a bit of nonsense, but the narrative is a lot of fun to follow and with the newly added characters (Trish, Lady, and Vergil), you will find even more reason to relive it all over again. 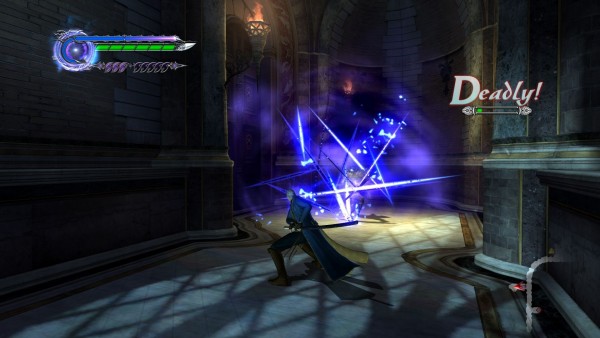 Gameplay
The gameplay is a big thing with any remake, as sometimes we see slowdown with remakes of action titles or just a lot of lost features. Thankfully, Devil May Cry 4 really hasn’t lost much of its luster. Dante and Nero still play about the same, with the player mainly taking up the role of Nero throughout, utilizing his Devil Bringer- as well as the Red Queen (which is a sword for those keeping tracked, both of which feature several upgrades throughout the experience. When switching to Dante, you get a more stylized moveset featuring four styles to tackle, and while Nero is more about accuracy and power, Dante is at the other end with a bit more acrobatics, flare, and of course melee tactics. Combat feels a tad dated – I won’t lie as since 2008 we have been introduced to Bayonetta and the DmC remake, which both feel more fluid. That said, the rating system is still very relevant and you will not see a smoother combat system for a remade title this old come in any other form. 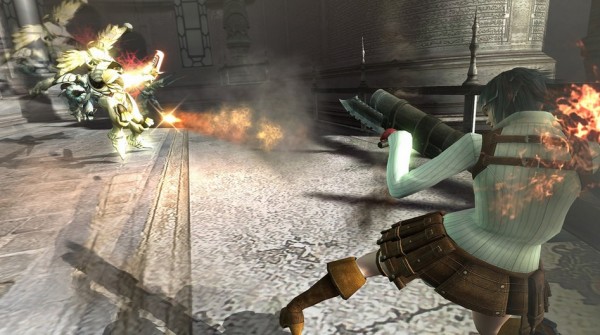 Trish was who I looked forward to playing with the most within Special Edition, as when the player chooses her they are allowed to see a new version of sorts that is closer to her form in Marvel vs Capcom 3 – hosting the Sparda sword as a weapon. Lady plays a bit slow, but packs a good amount of ammunition with her ranged weapons mostly consisting of guns and large melee items. Vergil rounds out the lot by being a satisfying beast to control. Vergil feels far more modern and is the most stylistic of the lot, with an ability that grants more power and speed as a reward for dodging. Sound familiar? Well, with the “concentration” skill as well as the upgrades, running through his campaign is honestly worth the price of the entire remake. 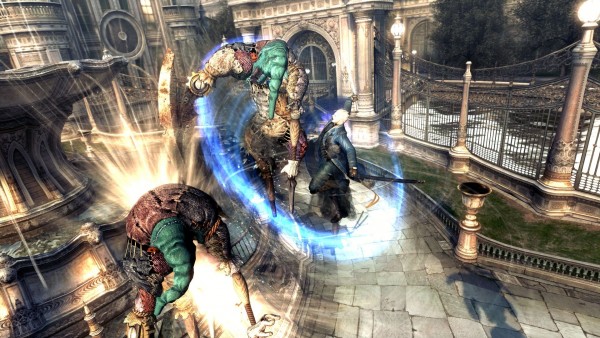 I won’t give all praise even though the game is still fantastic. While Devil May Cry 4 was always a great title, it had one issue that was not really addressed, and that is backtracking. I do feel like all of the additions kill the repetition that this would cause, but if Devil May Cry was not your bag before, don’t expect this version to be much of a game changer. For fans however, there is no more of a paradise you can find as Capcom have added more than I would have ever expected and not only made the new characters feel fresh, but also as if they could have easily been in the original all along. Its a great thing to enjoy killing random enemies hundreds of times over just due to the heavy amount of depth behind combat mechanics, and Devil May Cry 4: Special Edition struck gold as its hard to not go through the game with a big smile for nearly every face you play as (aside from Lady, she is a bit more stale).

Visuals
When it comes to a full graphical upgrade – well, don’t expect much more than you would see in any other remake. The graphics are a bit crisper, the character models look smoother, and animations run well. The game already looked fine seven years ago and honestly didn’t need a lot done visually as the rich, gothic art style still feels quite timeless – even by today’s demanding standards. I guess if I noticed any differences that actually stuck out it would be that articles of clothing seem to flow more in the wind (along with hair…sort of), while the textures for the environments have improved a good bit as well. 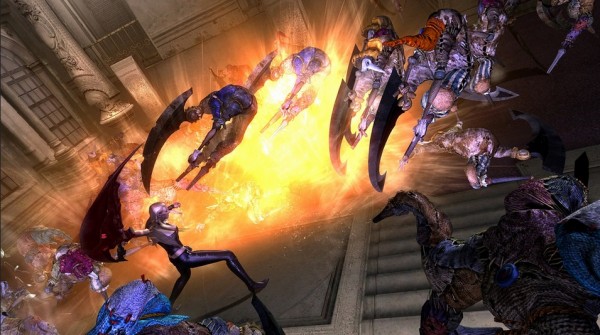 Audio
Audio wise, you couldn’t ask for a better soundtrack. I loved the soundtrack in DmC, but hearing this arrangement took me back to a different Dante that had a bit less edge and a lot more camp as he and Nero battle demons to cheeky rock music. The voice acting is also well done, but hasn’t changed much if at all since the first go-around from what I could tell. I am sure the sound was upgraded for more modern systems and speakers – but to be honest I don’t really listen for extra quality in remakes and didn’t notice enough difference to enhance my already positive opinion of the sort.

Overall
Devil May Cry 4: Special Edition is an excellent remake that serves its purpose well. Capcom fans wanted to see old Dante back, and for now – this offering is more than any fan of the series could ask for. With a ton of extra content, new modes and difficulty, as well as a nice, glossy finish, this is what we need to see out of current generation remakes. Sure, its not going to blow your mind, but it offers more than enough to keep players coming back for more due to those stylistic and intense gameplay mechanics. A lot of people shun change in lieu of Nostalgia and Devil May Cry 4’s upgrade is a new balance to the reboot, and an offering that will ensure the franchise remains relevant as we head into the future.