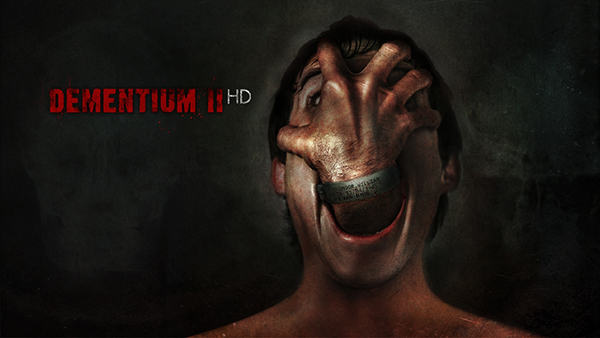 Dementium II HD is the 3d port of the Nintendo DS first person shooter Dementium II. The game has been rebuilt to include brand new 3d visuals and revamped controls for the PC. William Redmoor returns as the protagonist of Dementium II HD as he fights his way out of the Bright Dawn Treatment Center as hell comes perilously close to reality. 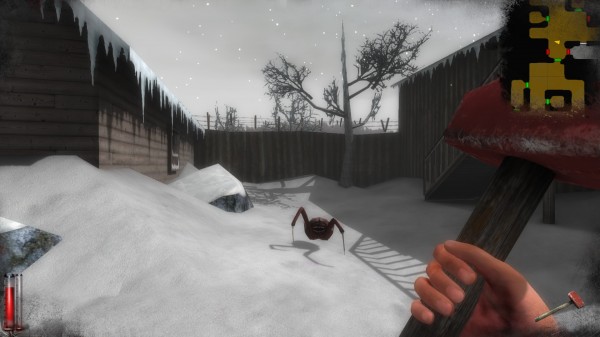 William Redmoor may have killed his wife and daughter. Maybe not. But he is trapped in the insane asylum and the game kicks off as he awakes from intensive brain surgery. William finds a series of postcards he has apparently left himself and discovers the hellish monsters are penetrating his reality and the doctor who performed the surgery is up to no good.

Those who have never played the original Dementium will be a little lost at the start. There is no recap of the first game to get new players up to speed, not that there is much to get up to speed to anyways. Unfortunately Dementium II HD suffers from an extremely murky plot. There is a lot of potential material to work with in Dementium II HD, but instead the story takes a really bland and overused route of all sorts of baddies invading the world. Though the game hints to that William could simply be utterly bonkers and everything could be in his mind, taking this route so feels more like attempting to make a puddle of water as deep as a swimming pool. 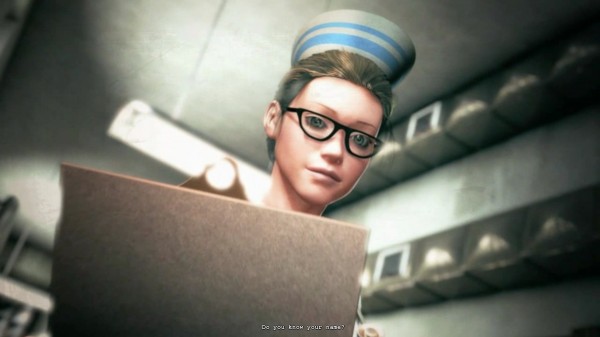 Dementium II HD is a first person shooter that mixes retro styled FPS mechanics with Resident Evil styled horror. Unfortunately, what is considered a decent title on a Nintendo DS does not fare as well on the PC. Hit detection is flaky, especially with melee weapons. The flamethrower behaves more like a lighter than it does an actual weapon in terms of range. Problems with hit detection are worsened by highly mobile monsters like the brain creatures. Even more frustrating are the enemy health pools. The health pools seem arbitrary at best. There are some portions of the game where a monster will seemingly absorb two or even three times the damage the exact same creature soaked in earlier areas. 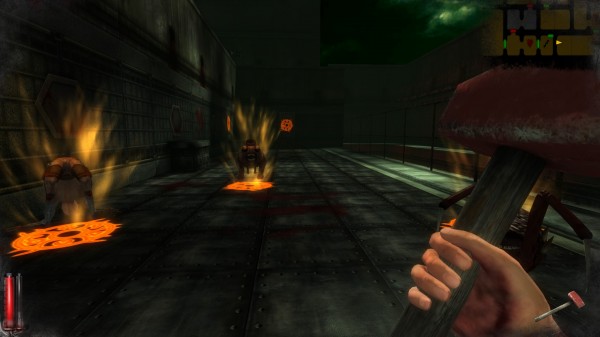 The regular enemies are rather boring and brainless. They rush mindlessly at William until he drops out of line of sight. Then it is like he never existed in the first place. Though each enemy type is supposed to have unique strategies for managing them, the enemies boil down to two groups: enemies you can stab and enemies you probably should not stab.  At least the later boss fights are mildly more interesting, with some actually requiring more skill than just running up to enemy and mashing attack as quickly as possible.

The game is not very scary. Although an overused technique, there is no surprise scares in Dementium II. Very blatant combat music kicks in the minute William is sharing the same area as an enemy, even if the enemy is practically out of sight. I did like the fact guns are not reloaded automatically, which ratchets up the tension a tiny bit during a fight. Even though William moves with such little enthusiasm that seniors in walkers would be able to outpace him, the enemies are even slower and can be dodged easily by simply sprinting away while reloading. 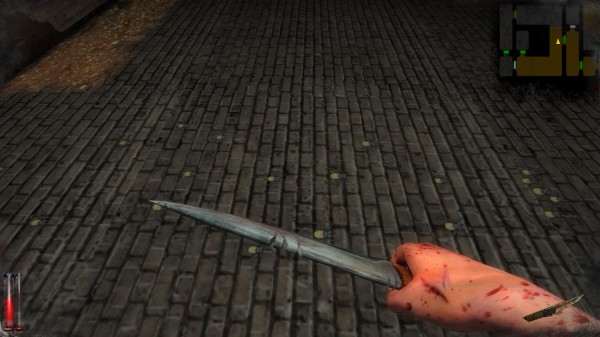 Dementium II HD’s controls did not port well. Though the mouse and keyboard controls are perfectly serviceable, the default binds are a little strange for any veteran of the FPS genre. However, the controls can be rebound to something more familiar. Though the game boasts full controller support on its Steam page, the control scheme just does not transition well to the controller. There are simply too many different keys that need to be bound. Often games compensate for the fact controllers are extremely limited by making certain buttons situation specific, but Dementium II HD only recognizes one action for every button. Possibly the most frustrating portion is that disabling the controller vibration does nothing. The big ogre mini-boss will still cause the controller to rumble, even though vibration was disabled and I was playing with the mouse and keyboard. 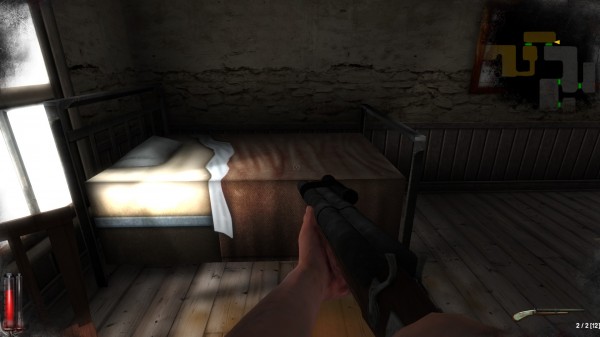 Adding “HD” to the title of Dementium II HD feels like a half truth. The game is a high definition remake of Dementium II in the sense the graphics are now in 3d and are of higher quality compared to the original Nintendo DS version. However, the graphics look like they came out of the year 2000. Models are of extremely low quality. Many of the objects in the game are 3 dimensional geometric shapes with textures that do not even make an effort to hide the fact. The textures are just as bad, with some textures displaying extremely noticable pixilation from the low resolution. The cut scenes are a little confusing, jumping from high quality cut scenes to pixelated messes. The very first cut scene was very good, but the very next cut scene looked like a 360p YouTube video was inserted into the game. 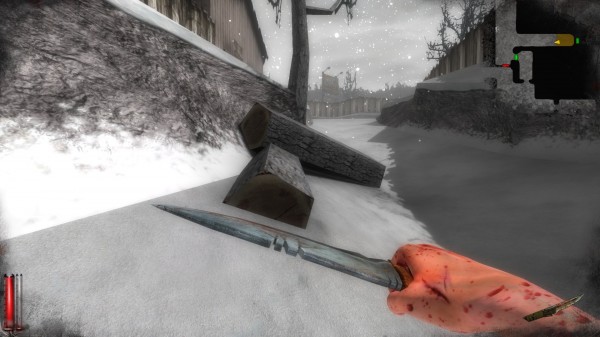 The visual style of the game is passable. The monster design have a few hits, but are mostly misses. The most interesting and terrifying creatures are the first creature William encounters. They are creepy, inspired by the hospital setting of Bright Dawn Treatment Center and merged with something that would haunt the nightmares of most people. However, the quality of monsters take a sharp downhill turn from there.

Dementium II HD’s audio does not inspire much awe either. The game’s sound files are of low quality and sound not much better than what a Nintendo DS is capable of. The volume of certain sound effects are way too quiet compared to the rest of the game. Unfortunately all of the guns fall under this category. I have heard .22 calibre bullets that had more punch than Dementium II HD’s firearms. Many times, the combat music and enemy noises completely drown out the sound of weapons firing, forcing me to rely on visual indicators to know my weapon actually fired. The quality of music is not bad, they are standard horror fare that could have been from any generic horror film. there is also a distinct lack of variety as there are only a handful of tracks and only one combat track for the entire game. 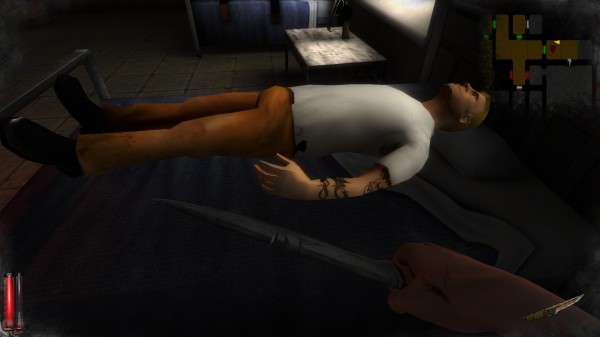 Unless you are a huge fan of the original Dementium II on the Nintendo DS, Dementium II HD should be avoided. I question the logic of porting a FPS that did well on a handheld device like the Nintendo DS and expecting it to stand up against even budget FPSes of the same price range on the PC as the bar is set much higher on the PC. Dementium II HD has a poor story, lousy audio, and low quality graphics. The term “HD” is thrown around as a marketing buzz word these days, with HD sunglasses and HD make-up appearing on store shelves. It is to the point that the value of phrase is completely shallow. Unfortunately, Dementium II HD is no different. It is just shallow.