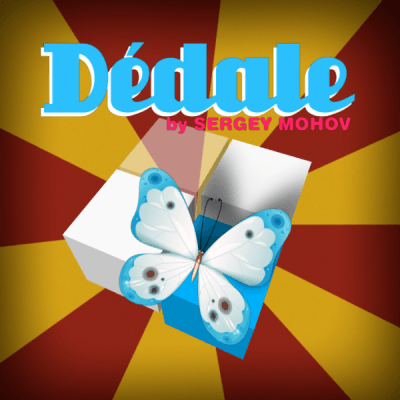 Overview
Have you been looking for a puzzle game with some bite? Do you like supporting indie developers as they try to bring their own unique ideas to the video game landscape? Are you a fan of butterflies? Then perhaps you should check out Dédale DeLuxe. Read on to find out more. 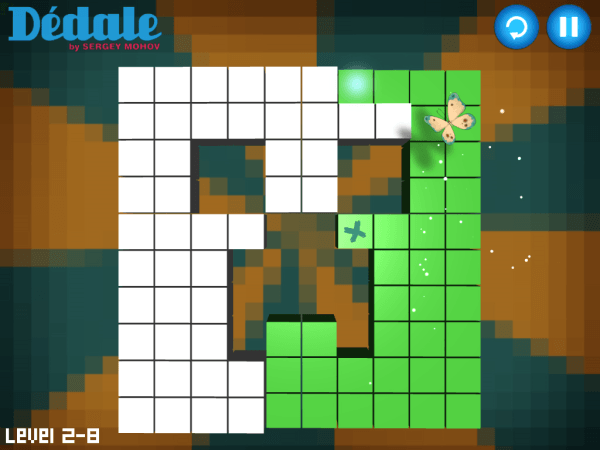 Gameplay
In Dedale DeLuxe, you will be helping a butterfly escape from various mazes. The game is deceptively simple in design. Each level starts with a layout of white blocks on the board. You’ll pick a starting block on the stage by clicking on it, then you’re off to the races, so to speak.

As you move your mouse from the current square to an adjacent one, the new square will effectively get “pressed down” and change color. The object of the game is to press every single panel on the stage to leave. If you leave even a single panel raised, you’ll have to start over.

As you progress through the game, new block types will be introduced for you to contend with. The game does a great job of slowly introducing each new concept to you then really turning up the heat once you’ve built some familiarity with it. It keeps things interesting and brain twisting without every feeling unfair. 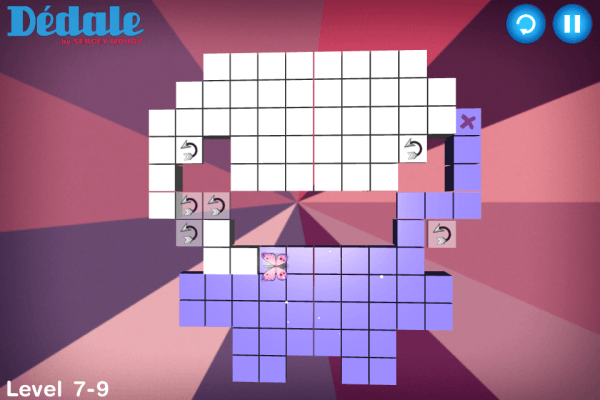 The game has seven worlds, each named after a spice or flavor. Each world contains fifteen levels to work through. Some of the more interesting levels are shaped like popular video game pixel art you may recognize, such as the creeper from Minecraft or a space invader. If each of the 100+ levels aren’t enough for you, you can always dig into the “Dédale-O-Matic” and have a level randomly generated for you.

The game does include a few little knick knacks to help you progress. There is a hint system built into the game, but it feels woefully inadequate given the difficulty of some of the levels. There can be a few dozen tiles visible to start on at once, and the hint system will simply point out a single tile to choose. After you begin playing, hints are disabled. If you do get stuck and can’t figure a level out, you are granted the ability to skip two levels over the course of the game, but a large exclamation point is put on that level until you complete it. 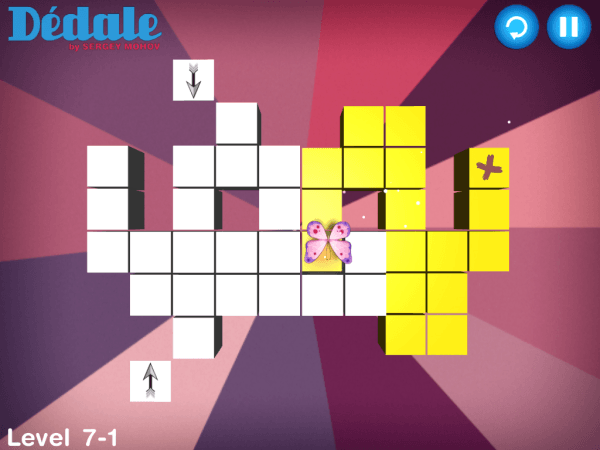 Visuals
Dédale sticks to fairly straightforward visual design and has a much more striking appearance for it. The background for each world sticks to a simple pattern with only a handful of colors. This helps give the game some visual pop without distracting from the game.

Audio
There isn’t a ton of sound design that needs to go on with a game like this. Given the name of the game (Dédale is French for “maze”), the distinctly French menu music is an understandable fit. Once you’re actively playing a level, though, the music shifts to tunes that are far more relaxed and soothing, like something you would hear at a massage parlor. As you play the game, the sounds of piano keys being struck with each pressed tile is pleasant enough, but they play in a random tune so you never get the satisfaction of finishing a song.

Overall
Overall, Dédale is a good puzzle game. The art style is simple and to the point, which helps accentuate the gameplay. As you’re playing the game, the audio helps drive a sense of relaxation but the menu music could have used a different choice.  The level design is where this game truly shines though. Dédale does a good job of introducing you up to new concepts while devilishly twisting your mind in the process.  If you’ve been looking for a good, inexpensive puzzle game, you should give Dédale a look.