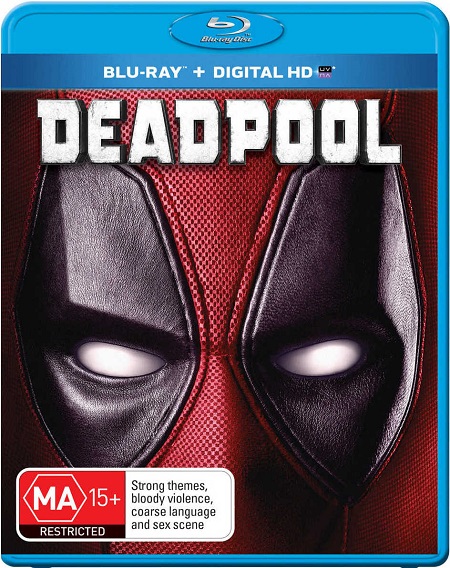 Deadpool is a much beloved character of the Marvel comic universe who serves as a comedic foil of the traditional heroes of the X-men universe (especially Wolverine). Whereas the trials and tribulations of the X-men are faced by characters who do with a sombre gravitas, Deadpool approaches his adventures with a significant amount of childlike glee. His comedic contrast to the rest of his self-serious comic book hero colleagues has earned him a significant fanbase. A fanbase which, when test footage was leaked for a possible Deadpool film, caused enough of a ruckus to force the hands of studio executives to greenlight its production. Below are my thoughts on the film which fans asked for, so please, grab a taco and read on… 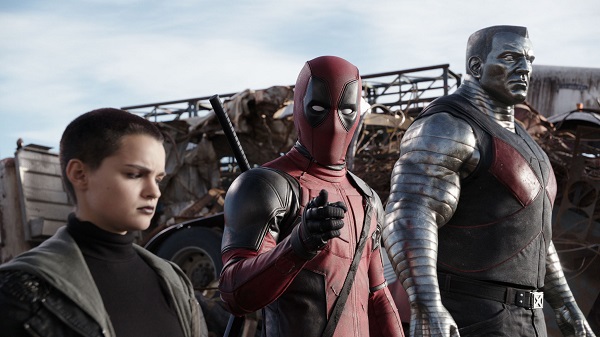 The narrative basically tells the origin story of the eponymous anti-hero, Deadpool (Ryan Reynolds), and how he became the ‘merc with the mouth’. We see how Wade Wilson, Deadpool’s alter ego, lives his life working as a (reasonably) kind-hearted mercenary until he meets Vanessa Carlysle (Morena Baccarin) and his life changes. After a whirlwind romance with Vanessa, he gets diagnosed with terminal cancer and faces the prospect of having the love of his watch him slowly wither away and die. He instead decides to leave Vanessa and enter into a secretive program which offers him an experimental cure for his cancer. Although the program successfully cures his cancer by activating his mutant genes and giving him a vastly accelerated healing factor (along with the side effect of hideously scarring him), it is revealed the program actually has the aim of turning him into a super-powered slave to be sold to wealthy customers. Wade escapes and seeks revenge against the organisation which duped him as well as searching for a cure to his disfigurement.

This story oscillates between tragedy and comedy at a very fast pace. If the saying goes that “there is a fine line between tragedy and comedy”, then this film dances back and forth across that line with impunity. I pretty much experienced emotional whiplash as this film jumped from heavier dramatic elements to comedic quips and slapstick. Ostensibly, this film can be classified as a black comedy with some sequences that focus more upon the ‘dark’ and less upon the comedy. Although I have no problem with comedies exploring heavier themes, there really wasn’t much time to transition between the light and dark comfortably for the audience so it ends up having this stark contrast between the drama and the comedy. This can be quite jarring but I ultimately enjoyed the film’s narrative pace, but it can be draining so you have been warned. 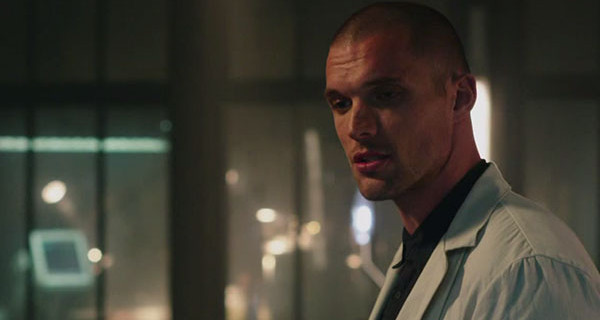 The story isn’t really all that creative when it comes to its plot points and development. It follows along at its own pace and largely resolves in the way that you’d expect. The narrative largely serves as a vehicle for the audience to see Deadpool on the screen. The strength of the film lies in this character and the comedy of his actions and dialogue. Although the story may be cliché, the character is certainly not.

The writing and performance of Deadpool is absolutely spot-on with the comedic and dramatic aspects. He’s a character who, although suffering through hardships, always engages them with a sense of humour. His witty one-liners and meta-textual, fourth-wall-breaking quips are hilarious. Reynolds does amazing work in bringing this character to life by giving his manic personality depth beyond the sardonic wit. He creates a character who can believably undergo the transformation from Wade Wilson to Deadpool in a relatively realistic manner. We see Wade’s humour carry over and evolve into his insane alter ego. It’s easy to see why Deadpool is so beloved as a character as he draws upon an unlimited arsenal of pop-culture references to comment upon the film delivered directly to the audience. 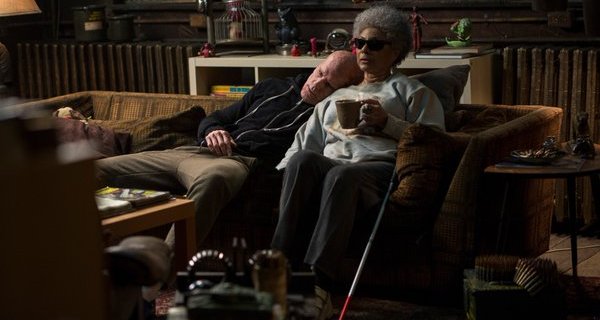 The ensemble cast turn in a very good performance with everyone performing at a high standard but largely they are defined by their relationship to Deadpool. Ed Skrein as Francis/Ajax does well as the amoral British villain who can make Deadpool seem like the lesser of two evils (for the sake of the audience identifying with him). Baccarin as Vanessa creates a character which I can only describe as a ‘manic pixie nightmare girl’ and creates a believable romantic counterpart to Deadpool. Stefan Kapičić works well as the voice of Colossus with a believable Eastern European accent and a strong by-the-books mannerism which sets him in stark contrast to the protagonist. Brianna Hildebrand does very well as Negasonic Teenage Warhead and Leslie Uggams as Blind Al get to deliver some of the best one-liners in the film with very strong performances from both of them. Although this film is certainly centred on Deadpool, I definitely loved the presence of Hildebrand and Uggams especially in how they interacted with him. 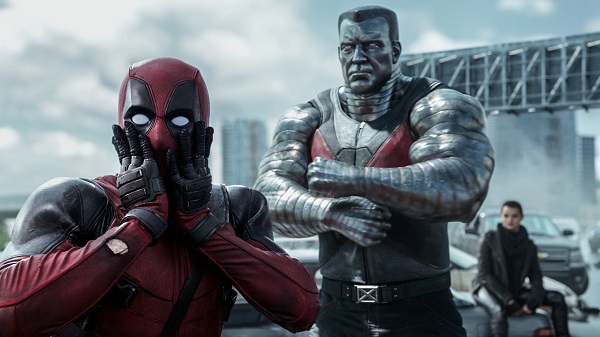 The balance in the action sequences between CGI spectacle and live-action performance has found a comfortable middle ground. The film features some very beautiful and funny CGI sequences, with the opening credits certainly being one of the best introductions to a character I have ever encountered. Likewise, the sequences with live actors and stuntmen is suitably dynamic and energetic as Deadpool fights his way through various goons. These two blend together very well to create a nice, neat visual package which isn’t overly saturated with digital effects.

The film makes awesome use of an excellent soundtrack composed of both an original score and various popular tracks. The film makes strategic use of its track to emphasis certain points about a scene or characters as they come up. An example of this can be found in the sweeping orchestral music which plays whenever the X-men or Xavier’s school is shown on screen to reinforce their traditionally heroic status. Furthermore, the film creates hilarious juxtaposition with its song choices throughout with the opening credits being a strong example of this with Angel of the Morning playing as we experience a frozen moment of carnage. It’s a great sequence which exemplifies the conflicting dualities of the Deadpool persona. 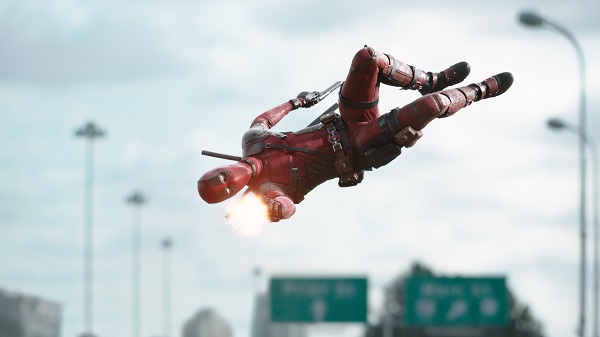 The Blu-ray features some quite interesting extra content alongside the movie proper. The audio commentary by the director, Tim Miller, is interesting to hear as he gives a breakdown of the plot beats and visuals of each scene and shot. It’s a pleasure to hear a man who is passionate about his art talk in depth about the reasoning and motivation behind the choices he made in his work. Alongside this, we get a behind-the-scenes documentary exploring the production of the film from creative inception to cinematic release. This will certainly interest fans and anyone who has an interest in the process which goes on with film making. 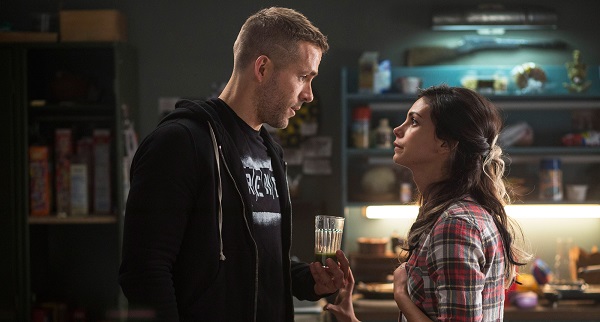 So overall, I very much enjoyed this film and the extra material on the Blu-ray. The narrative of the film largely serves as a method to deliver Reynold’s Deadpool character to his audience although it does oscillate quite severely at times. The ensemble cast work well to provide Reynolds with interesting personas to interact with and also give him what-for. The visuals and audio are superb with lots of love clearly being put in to craft the various sequences of the film. The blu-ray extras are certainly expansive and quite interesting for fans of the film to go through. I have no problem recommending this film and blu-ray to anyone who has a sense of humour which is rude, crude, and just a little bit crazy… just like Deadpool.